When A Man Hides His Phone, Is He Cheating?

When a man hides his phone from you, you can’t help but question his fidelity. Is he cheating on you?

What else does he do regarding his phone? Are there other signs he’s cheating? If your boyfriend is cheating on you, you will see changes in his behavior.

The answer to why he hides his phone doesn’t have to be that he’s cheating on you but what else could it be besides a sign of infidelity?

Maybe he values his privacy a bit too much and doesn’t want you to know everything about him.

Is he sharing the details of his life and everyday whereabouts with you? When he hides his phone from you, he definitely doesn’t want you to know something.

Still, maybe if he doesn’t share a lot about his life with you, he just doesn’t want you to get that information from his phone. 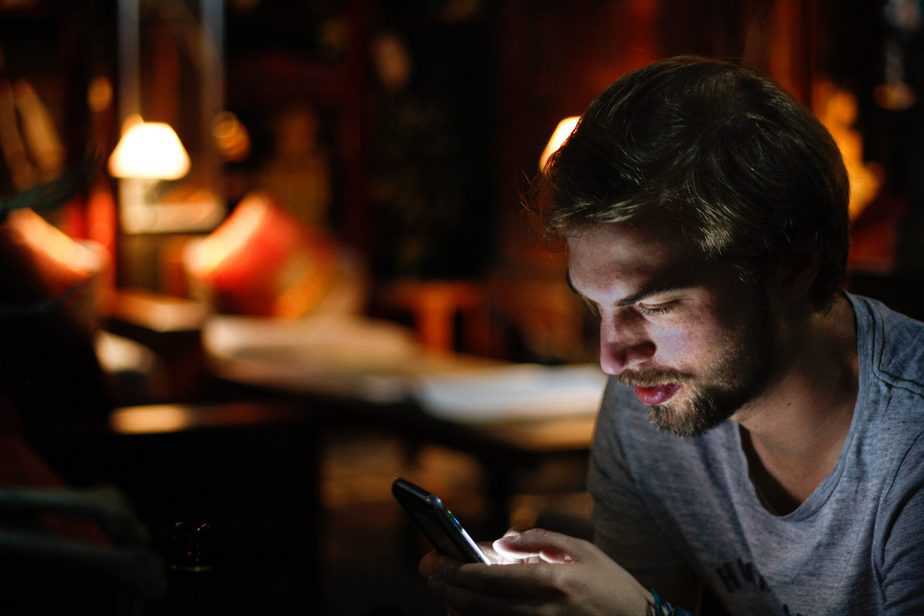 In any case, when a man hides his phone, it’s suspicious and indicates there’s a problem in the relationship. Is he cheating on you? Maybe not, but hiding things from your partner isn’t healthy.

Sure, there should be some privacy in a relationship but in healthy relationships, couples don’t hide their phones from each other.

That being said, it’s also true that they don’t want to search through each other’s phones.

It’s about respecting each other’s privacy and when there’s a need to use each other’s phone, or they need to check for something, it isn’t a problem but when a man is hiding his phone from you, he will freak out if you ever get close to it.

It naturally makes you curious to find out what’s that precious information he doesn’t want you to know. When a man hides his phone, you have to wonder whether he is cheating. 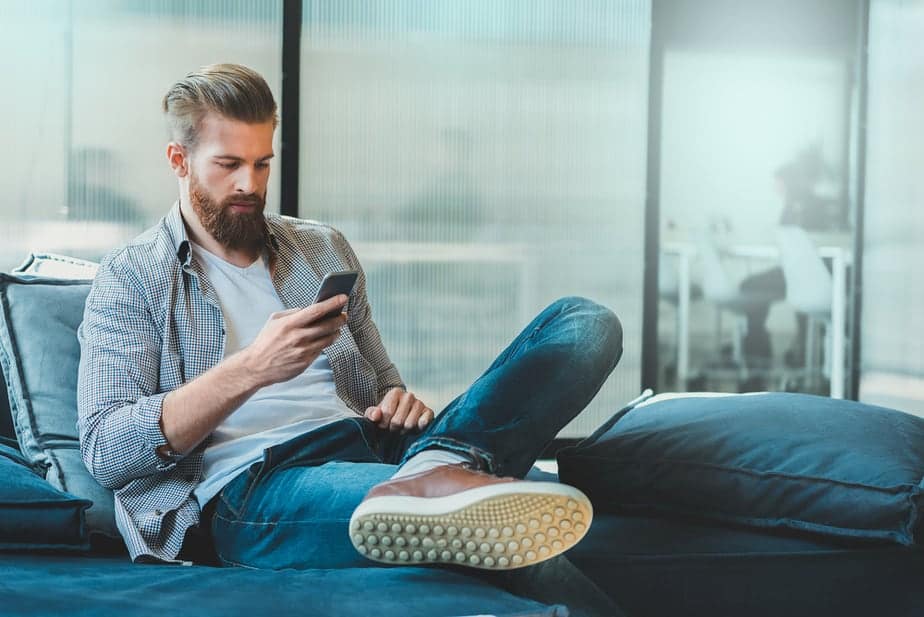 What’s really going on is that he doesn’t even trust you enough to not dig around on his phone. He doesn’t think that you’ll respect his privacy because he knows the reason why maybe you shouldn’t.

When a man hides his phone, he doesn’t trust or respect you enough… What’s more, he is deliberately withholding information that probably concerns you since you are in a relationship.

Is he cheating? Maybe not, but he is hiding something from you, and it could damage your relationship.

What if cheating is the reason why he is hiding his phone? Let’s look at all the things he’s doing with his phone that indicate he’s cheating on you.

When a man hides his phone, is he cheating?

1. When he hides his phone 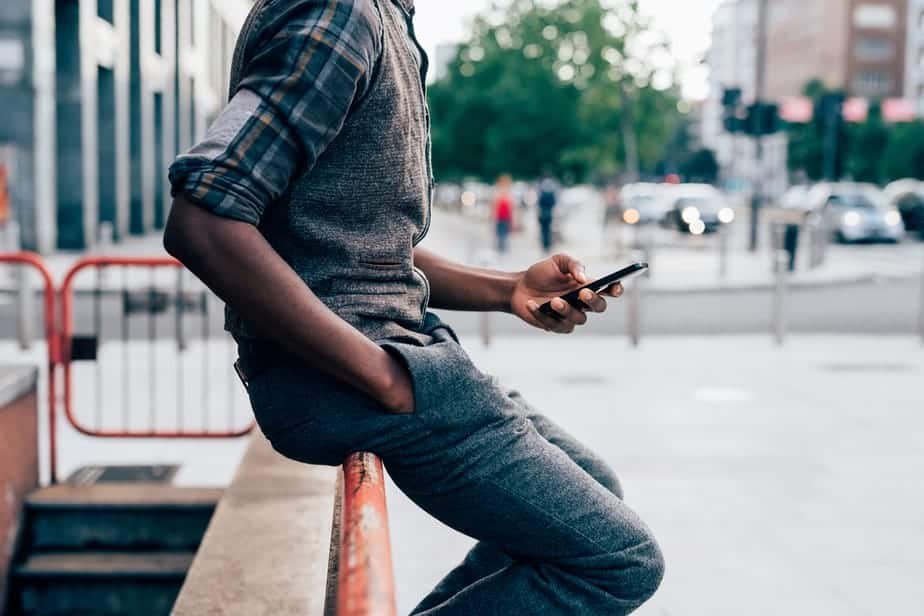 Is he cheating? When he hides his phone, he’s acting suspiciously.

If he carries his phone with him at all times and always leaves it out of sight, it’s a red flag.

When a man hides his phone, he could be hiding an affair but don’t rush to conclusions and read the other signs.

2. When he deletes the list of calls and his messages 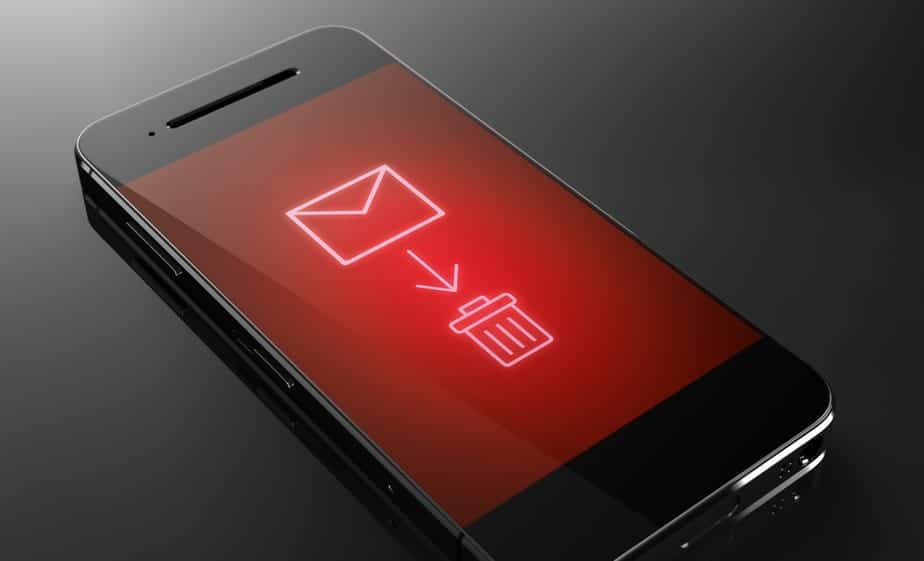 Does your boyfriend delete the list of calls and the messages from his phone? Has he always done that, or did it start recently? Does he do it frequently?

Maybe your boyfriend’s phone always looks like it was just bought from the store.

It has nothing in it because he always deletes whatever he has been doing. Why would he be so cautious not to leave a trace unless he was hiding something, perhaps another woman?

3. When he whispers while talking on the phone 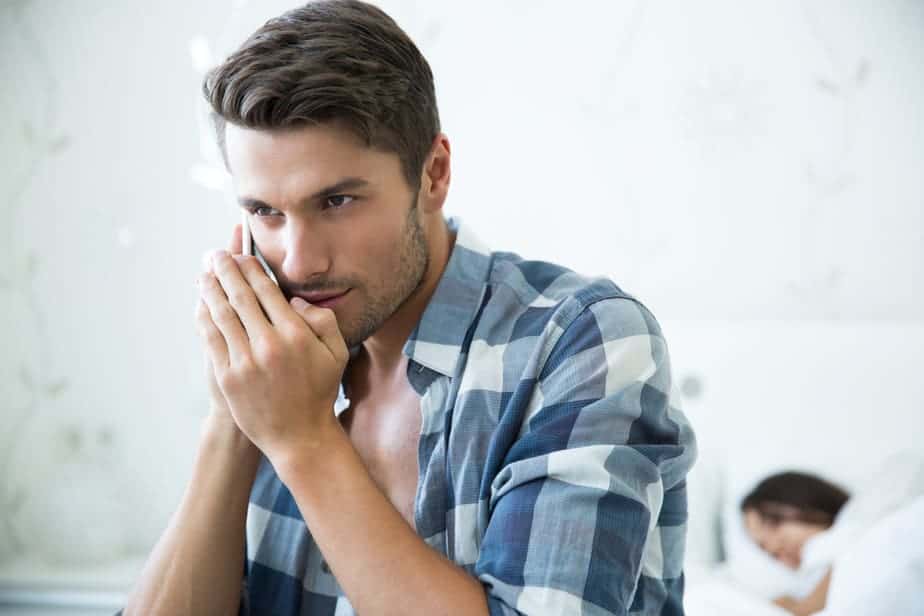 Why is it so important to him that you don’t hear his conversations?

If your boyfriend used to take calls in front of you but now leaves the room to do so, it’s a red flag.

Still, he might just be planning a surprise for you, so don’t jump to any conclusions until you’re sure something’s wrong.

4. When you catch his tiny lies about calls and texts 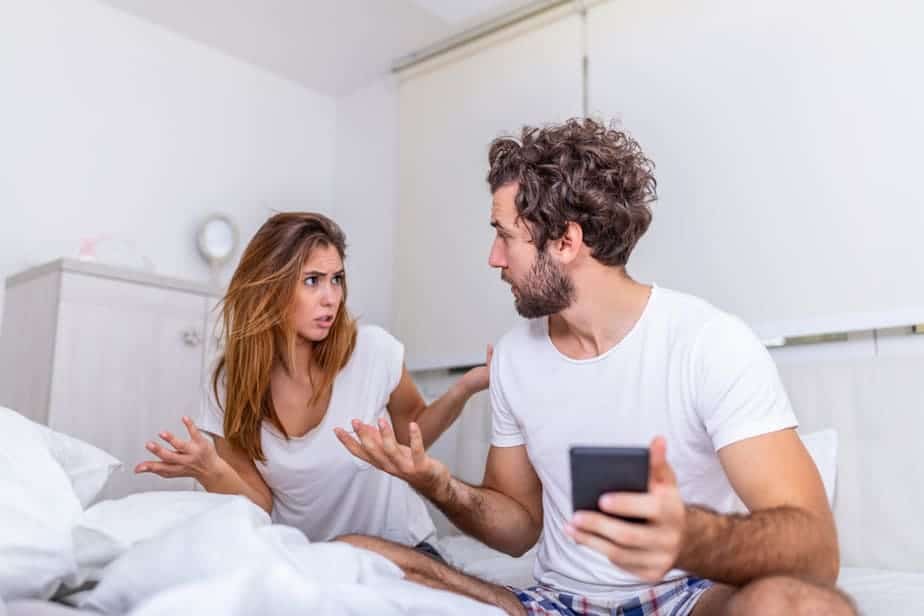 You certainly mention him being on his phone from time to time, so do you catch him in tiny lies about his calls and texts?

The thing about lies is that remembering them forever is necessary in order not to be caught so once you catch your partner lying, he will have to come up with more lies to cover it up.

He will have to remember all of that, and it won’t be easy.

When you catch your partner lying to you, make sure you insist on explanations. He will have to explain why he has been lying.

5. When he freaks out when you take his phone 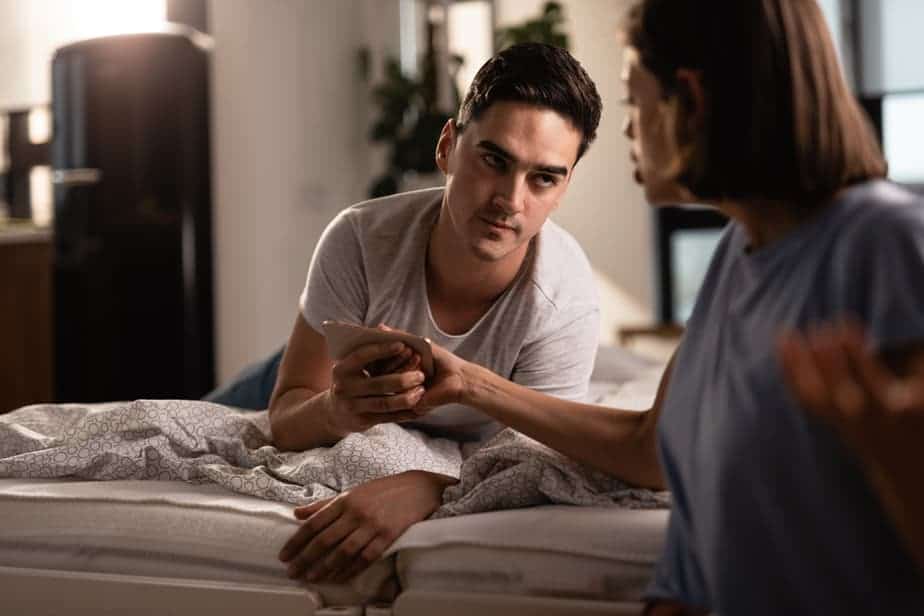 How does your partner act when you take his phone? Is he nervous?

There isn’t a reason for him to be nervous about you taking his phone unless he has something to hide.

He might be wondering if he has deleted everything, and that’s what makes him act so nervous while you are holding his phone.

Does he freak out as soon as you touch his phone? This is a sign he might be cheating. 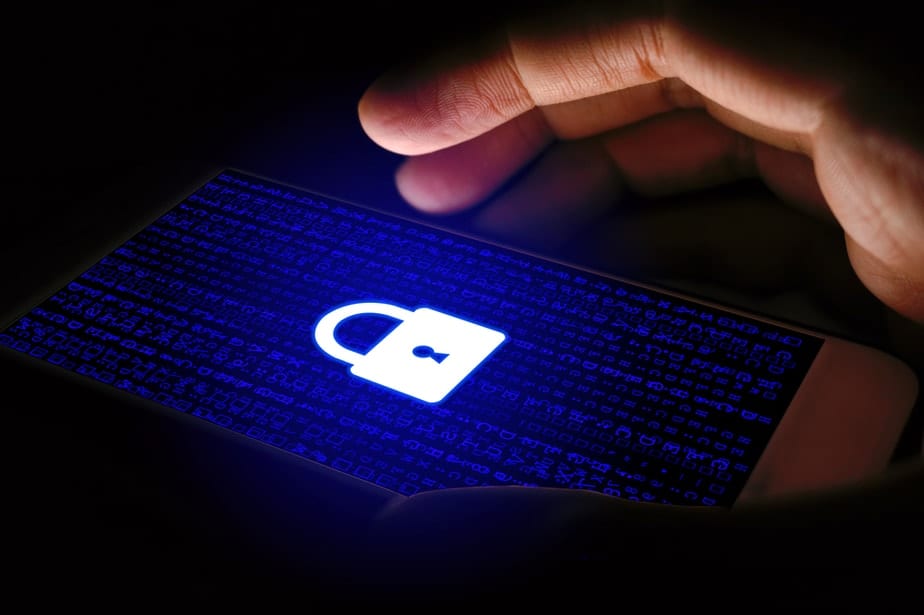 These days, everything is password-protected, and that’s become perfectly normal.

Still, if your situation is that you and your partner have shared each other’s passwords in the past and now he has changed his, something’s up.

Why would he change his password unless he has something to hide from you?

Tell him that you need his phone for something and ask him to give you his password. If he refuses, it’s a good reason to be suspicious.

7. When he turns off his phone

How often does your partner turn off his phone? If he turns off his phone when he’s with friends or at work, it’s a bad sign.

Maybe his battery died, or he is in an important meeting, and that’s totally fine, but how often does it happen?

It could be that he would like to prevent you from calling him because it would result in you asking questions if you couldn’t get through.

8. When he has a lot of excuses not to give you his phone 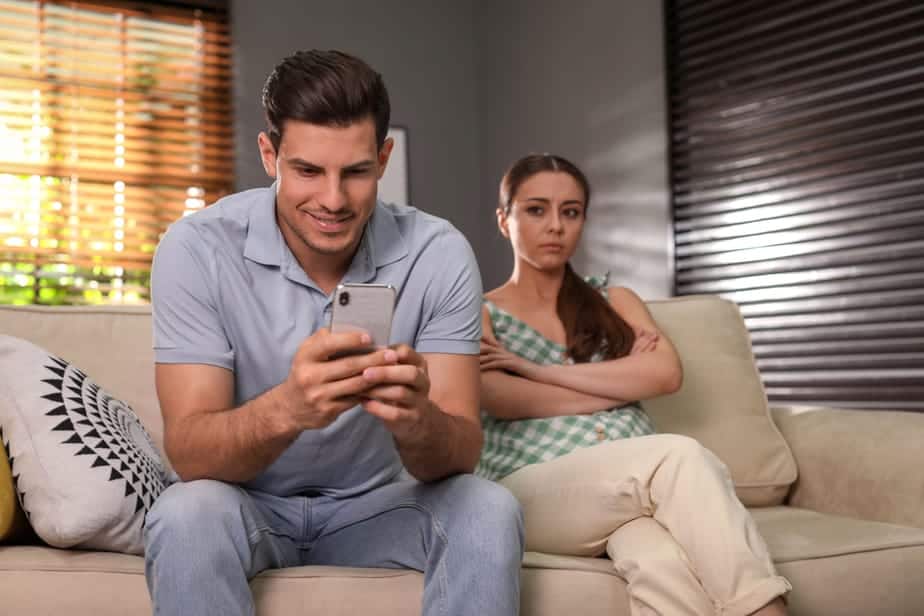 Does your partner react strangely when you ask to use his phone?

He probably has a lot of excuses for why you can’t have it, which might be exactly what aroused your suspicions.

Talk about it with your partner. Do his answers sound like he’s attacking you or defending something?

Maybe he has accused you of being jealous just for asking him, but you are right to be suspicious.

9. When he is suddenly secretive 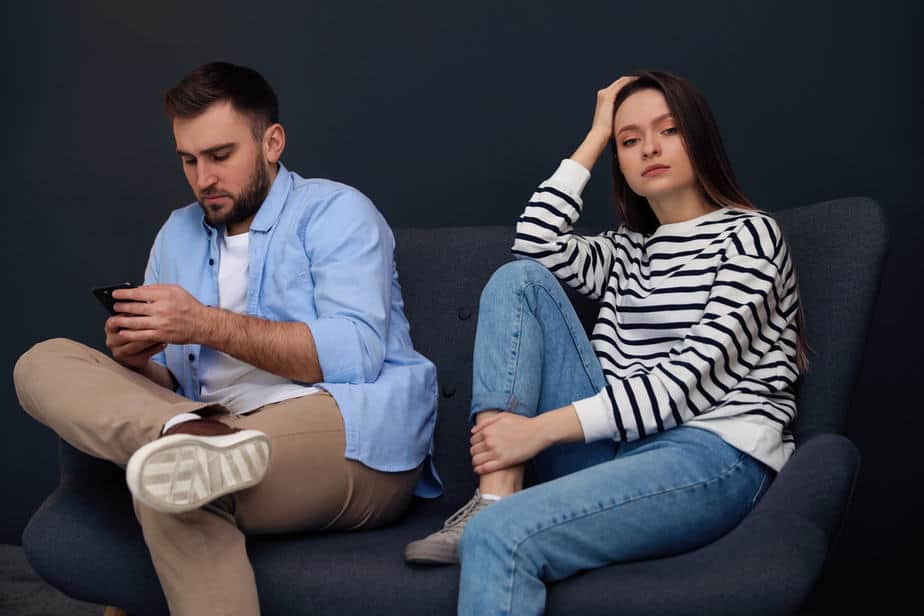 If your relationship was open and honest before, surprising secrecy is a warning sign.

When he hides as soon as his phone rings or checks his notifications in another room, it’s an additional sign.

Look at all of these signs and consider how many of them apply to your situation.

It will show you whether there is really something to be worried about, or if you can work it out. In any case, there shouldn’t be room for secrecy in a healthy relationship, so he has to start being open and honest.

10. When he doesn’t want you to call him 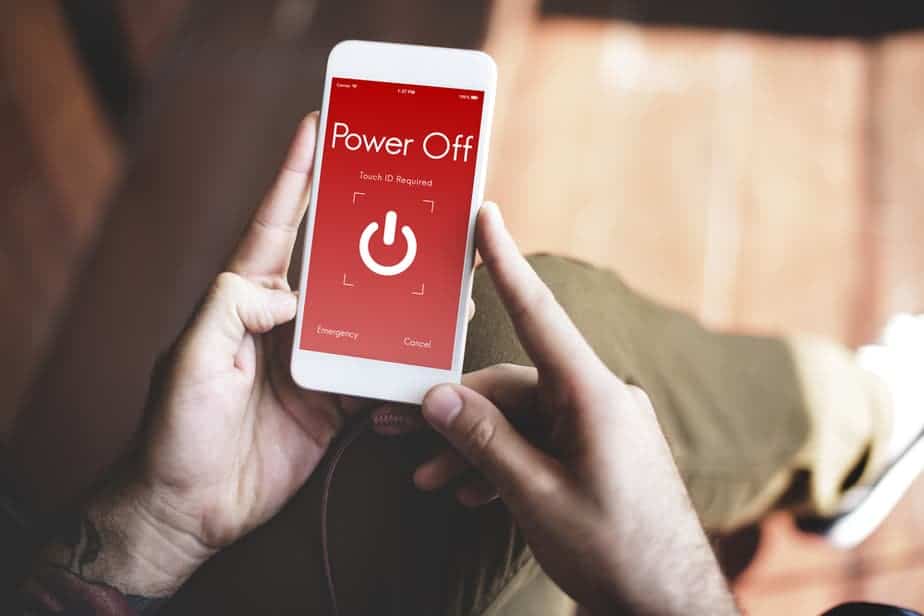 Your partner might tell you that he’ll be working late and that you shouldn’t call him.

If this is not common for him and he was able to receive phone calls at work before, it is suspicious.

Ask him why that’s so, and if his answers are defensive or sloppy, it’s a sign he might be hiding an affair.

This is especially true if he has been behaving differently, and this isn’t an ordinary thing for him.

11. When he spends more time on his phone 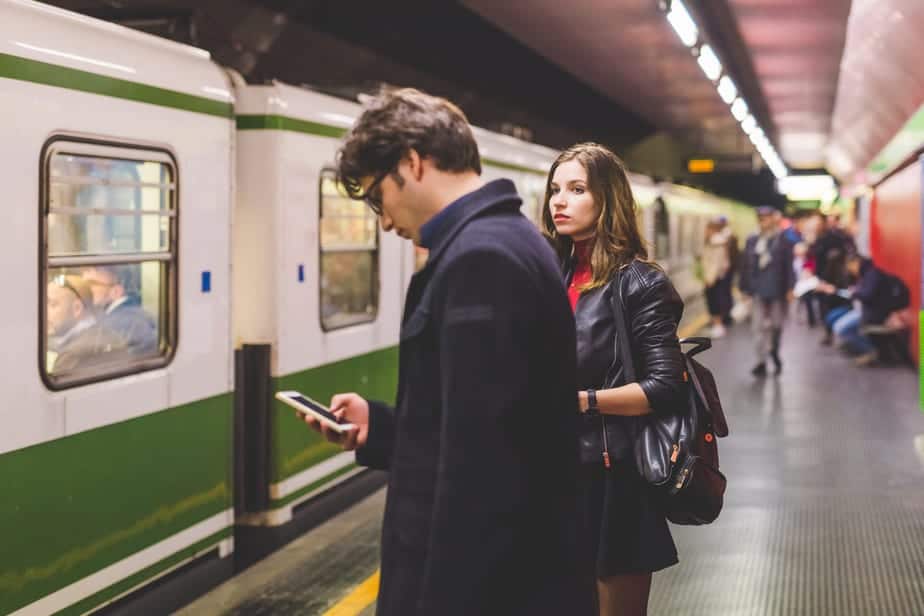 It could be that your partner has started spending a lot more time on his phone, perhaps on social media.

Infidelity has never been easier ever since we got smartphones and constant access to social media.

If you don’t have access to his social media profiles and he is secretive about those too, it’s a sign.

Try talking to him and asking him about what he does on social media.

12. When you find strange names in his phone 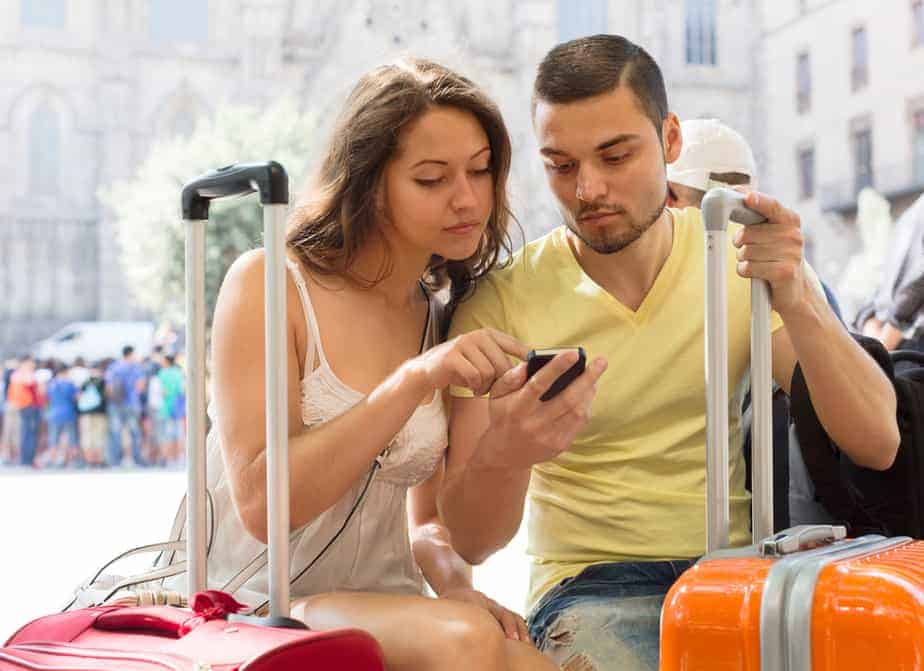 If your boyfriend is cheating on you, he most likely isn’t going to put the name of the other woman on his phone, which is why he will use a symbol or a nickname, or maybe even something as simple as ‘She’.

So, If you suspect your partner’s cheating on you and you get a hold of his phone, look at his contacts.

Maybe there’s a strange name there that seems suspicious.

13. When he doesn’t want you to see what he’s typing 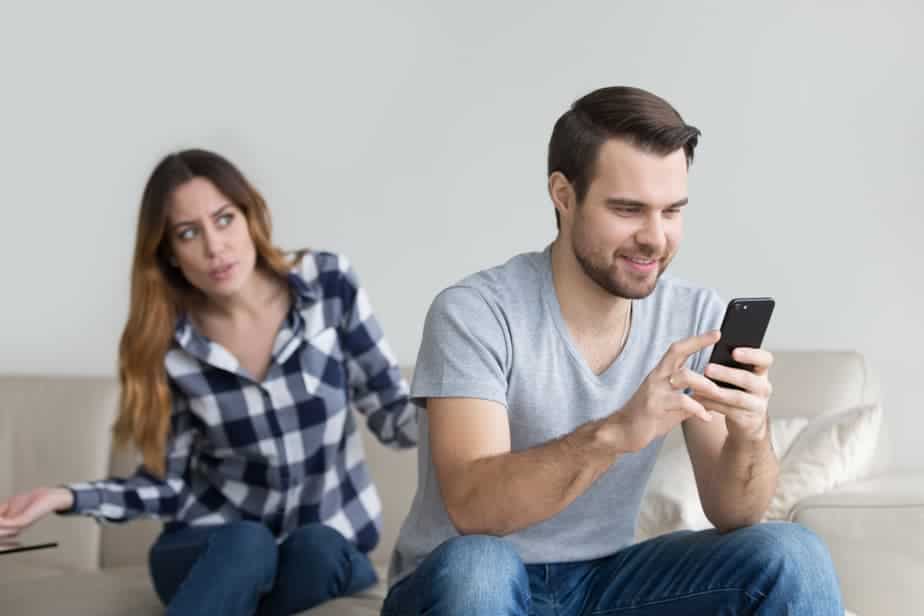 Your partner will keep his screen out of your line of vision so you won’t see what he’s typing.

It’s not polite to look, but if your partner is especially trying to keep his screen out of your sight, it’s a sign.

In a healthy relationship, partners don’t have secrets from each other and that is why they don’t mind if their partner looks at their phone while they’re typing. 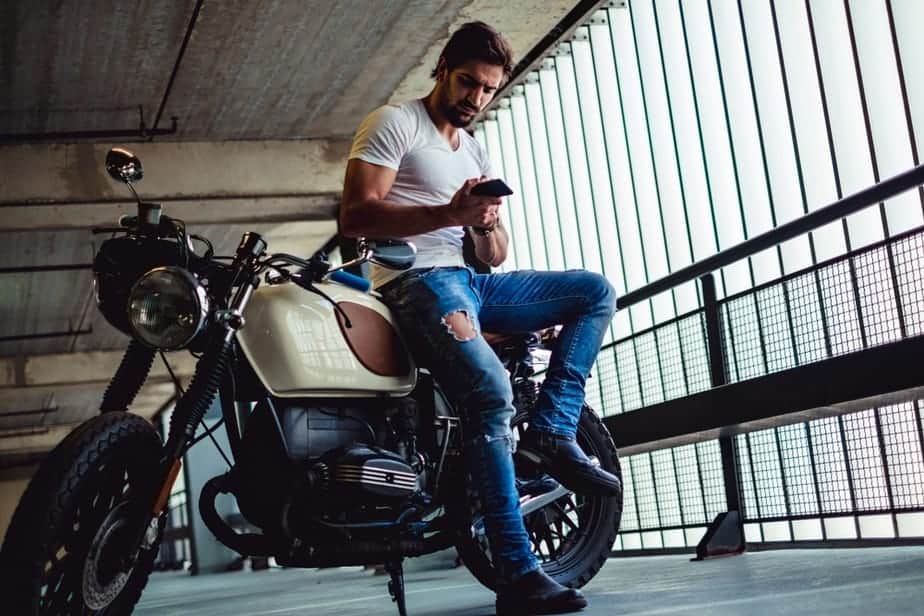 It shouldn’t be a problem for your partner to tell you who’s texting him so if he is vague or nonchalant about it, it’s a warning sign.

Don’t settle for the answer, “No one,” and tell him that you want to know more about what’s going on in his life.

Why wouldn’t he tell you who’s texting him?

15. When he turns his phone over 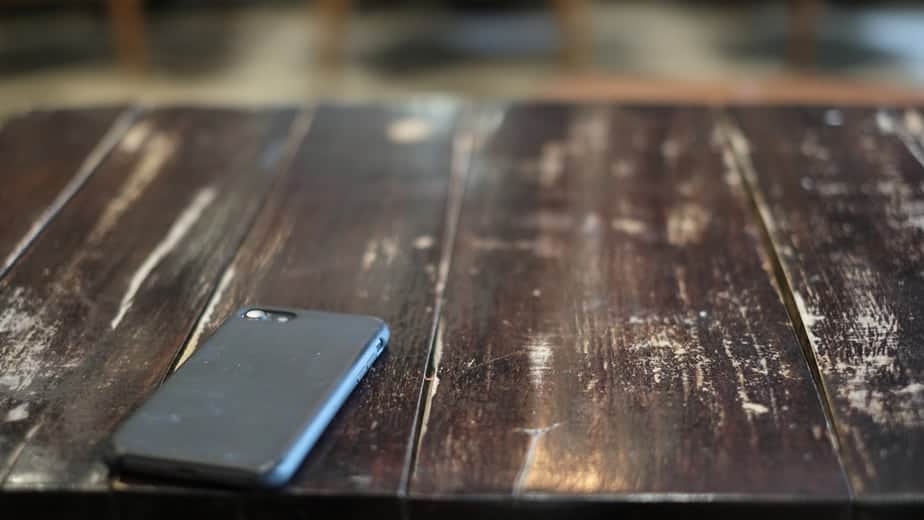 When he gets a message, he puts his phone away right away or turns it over so you can’t see it.

If this has happened occasionally, you probably thought that he didn’t want to check his messages while he was with you because he enjoys your company but now it has started to happen frequently, and you see other signs, you have gotten suspicious. Is he actually trying to hide the person who’s texting him?

16. When he stops the conversation when you walk in 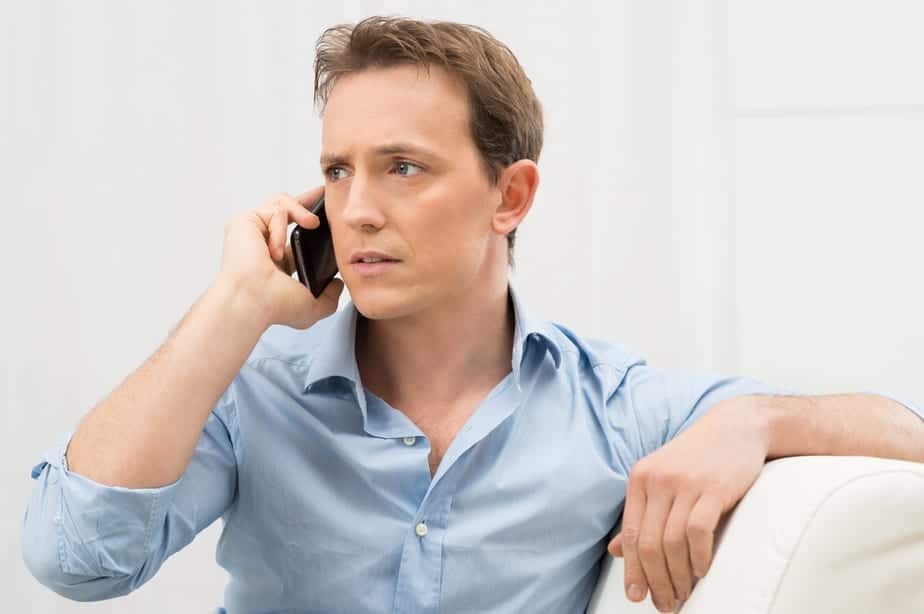 So, he goes to another room to answer his phone to prevent you from hearing his conversation… but it just so happens that you need something from that room and you walk in.

As soon as you step into the room, he stops his conversation and looks nervous or confused.

You haven’t done anything out of the ordinary, but he acts like you have caught him doing something wrong.

The reason for that is probably that he, in fact, was doing something wrong and feels guilty about it. Otherwise, walking into a room where your partner is talking on the phone shouldn’t be anything weird.

17. When he takes his phone with him everywhere 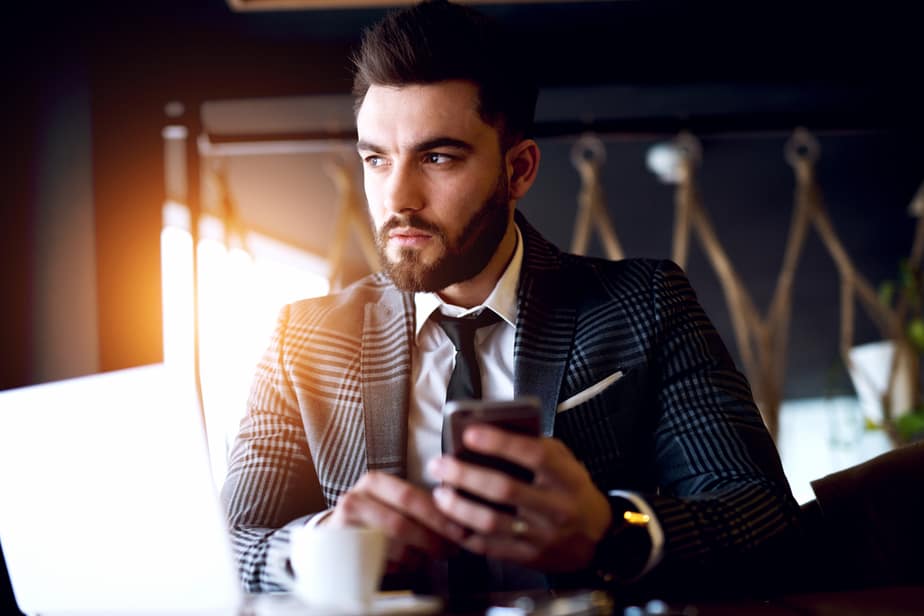 When a man hides his phone

Even when he goes to the bathroom, he carries his phone with him. He simply doesn’t leave it out of his sight, which could mean that he’s hiding it from you.

When he takes his phone with him everywhere, he doesn’t want you to see what’s on it and in addition, he wants to be available to the person who’s texting him. Could it be another woman?

Now that you know all the things your partner could be doing if he’s having an affair, it’s time to confront him about it.

He is overly protective of his phone, and that phone has become a symbol of everything that’s wrong with your relationship. You have to confront him about it and find a way to fix it.

You will be able to tell if he’s lying to you, and it will prove that he’s cheating on you.

If he has nothing to hide, he should be okay with you taking his phone.

Maybe he isn’t cheating on you, but he has to understand that there’s nothing he should hide from you. Good luck!