If you have gone to the extent of breaking up with your significant other there is a good chance that the relationship is over for good. However, an ex might reappear later trying to rekindle the relationship. It doesn’t mean you have to go back if you are not interested.

Nevertheless, it can be confusing for someone who made it very clear he wants nothing to do with you trying to make contact after you have moved on. If you are not sure why he is back here are signs your ex is trying to get your attention you need to be aware of.

Signs your ex is trying to get your attention

If your ex is texting you at the wee hours of the morning it means he/she is just bored or lonely.

Also, don’t pay attention to discussions about the weather because it means your ex boyfriend is just looking for an excuse to talk to you. However, he opens up it is a good sign.

An ex boyfriend or ex girlfriend who volunteers info about their life even when you haven’t asked might be trying to get back together.

Reminiscing and asking about your life is a good sign that your ex girlfriend or ex boyfriend wants you back.

Just because you are no longer dating it doesn’t mean you have to block them on social media unless things ended badly and you want to enforce the no contact rule.

However, you don’t expect your ex to be commenting on your social media posts as he/she did when you were together. If an ex still does or makes a comeback suddenly it is one of the signs they want you back.

Don’t pay attention to that until they come clean about their intention.

3. They’ll use any excuse to communicate

Whether it is through mutual friends or a birthday message, your ex will find an excuse to reach out to you. However, remember that it is up to you to determine whether to respond or not.

If you want your ex boyfriend back then that’s okay, but if you feel like the no contact rule will serve you better then stick to that.

Just because they have started reminiscing doesn’t mean you have to follow them on the trip down memory lane.

4. You keep running into each other “accidentally”

Running into an ex is awkward especially if the last thing you want is to see them. If you have mutual friends it might be unavoidable.

However, when he/she wants you back he/she will probably be following your life on the low and running into such an ex accidentally might mean they have noted the places you frequent and done it on purpose.

It is a clear sign that they are not over you and they may even want a new relationship with you. It all depends on what you want.

If you want your ex back then this can be a great way to start a new relationship. However, if you are not ready to take your ex boyfriend back make it clear.

5. They talk about your dating life

Talking about your dating life is one of the signs they want you back. It will be a good thing if you want your ex back but not so great if you are no longer interested.

If he/she keeps bringing up your love life it is a clear sign that he/she is trying to gauge where you stand and whether he/she still has a chance with you.

Making eye contact when they talk about this should also tell you whether he/she is still into you or not.

Thus, pay attention to his/her body language when you are together. It might disclose signs your ex is trying to get your attention.

Unless you want your ex back you wouldn’t care about what they have doing with their life. The same way he/she shouldn’t care whether someone else is hitting on you or not.

Even if your ex won’t say it, the body language can tell it all. If after the relationship ends your ex is still jealous of the people you are dating it is one of the signs your ex still loves you.

Again, this will be good news if you want your ex back but if you want nothing to do with him/her keep it moving.

If a relationship ends it is time to start something new and it is up to you to determine whether you want to go back or to let that eye contact just be that.

7. They tell you about their dating life

If an ex can’t shut up about how sad he/she is in a new relationship or makes it clear that he/she is single it is one of the signs your ex still loves you. They’ll do that in the hopes that you take them back.

However, it can be because he/she has hit some hard times and he/she is looking for some comfort.

Unless you are sure you want to get back together you don’t have to fall for such subtle signs. Text messages or late-night phone calls are not the determinants of love.

If your ex misses you he/she will be reluctant to start a new life because they want to let you know they’re still available and also not to cause you pain.

8. They bring up the beautiful moments you had

If they keep sharing photos of your happy times on Snapchat or sharing inside jokes only you can understand it is one of the subtle signs they want you back.

Your ex may be afraid to make the first move for fear of rejection especially if they are going through hard times were bad news or rejection would put him/her down.

When he/she keeps reminding you about the good times you shared it is one of the signs your ex is trying to get your attention.

Regular phone calls and text messages are a sign that your ex doesn’t want to let you go. These will be about what you have been up to or how your week is going.

These are signs that your ex misses you and he doesn’t want the two of you to end.

Nevertheless, how you decide to handle that determines where the two of you go from there. If you want a new life without your ex entertaining such things is not a good idea according to relationship experts.

One of the telltale signs that your ex misses you is asking to hang out with you. He may also make it clear he has no new girlfriend.

He’ll miss you especially when you were his best friend and wanting to spend time with you is a strong sign he still loves you.

He wouldn’t want anything to do with you in the first place if he had a new girlfriend and he’d already moved on. Thus, consider this as one of the signs your ex is trying to get your attention.

11. He wants to talk about what happened

If he didn’t care about you he wouldn’t want to talk about what happened in the first place. He’d be busy with his new girlfriend to care about you.

However, if your ex tries to unpack what happened between the two of you it is one of the telltale signs he regrets it and wants to get past that. Wanting to discuss what led to the break up is a strong sign he wants closure according to relationship experts.

It could also be a good thing for you even if you don’t want to get back with your ex.

If your ex tries to set things straight give him a chance, especially if the relationship didn’t end on bad terms. He was once your best friend and you shouldn’t forget that.

Rarely will an ex say sorry for the role he played in the breakup. However, if your ex still loves you he won’t hesitate to say sorry.

Whether it is through text, a phone call or Snapchat he will express remorse. Saying sorry is not something a lot of people are used to and if he humbles himself to the point of doing so it is an obvious sign he is still into you.

An apology from a significant other who wronged you can bring healing and if your ex still loves you he won’t think it is a big deal to do that.

If you listen to relationship advice from experts they will tell you that an apology can mend relationships that were on the verge of collapse.

13. He asks friends about you

If you are not seeing each other or communicating on a regular basis and your ex still loves you he’ll find a way to get updates on how you are doing.

Mutual friends are the best people to ask about that. If your friends tell you your ex has been asking about you on a regular basis it is an obvious sign he is still holding a candle for your love.

If you get a new lover and an ex-significant other is still interested in your dating life it is a great sign they haven’t moved on.

Your next move should be taken after weighing the pros and cons. Get relationship advice from experts to avoid messing things up. This is only a great sign if you fancy the other person. 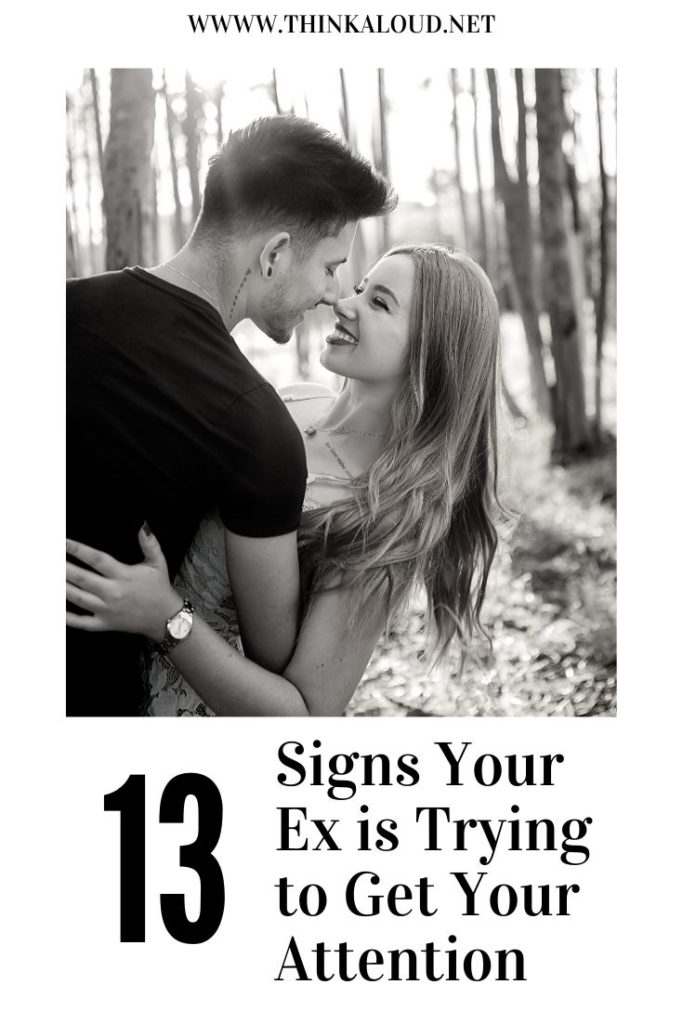 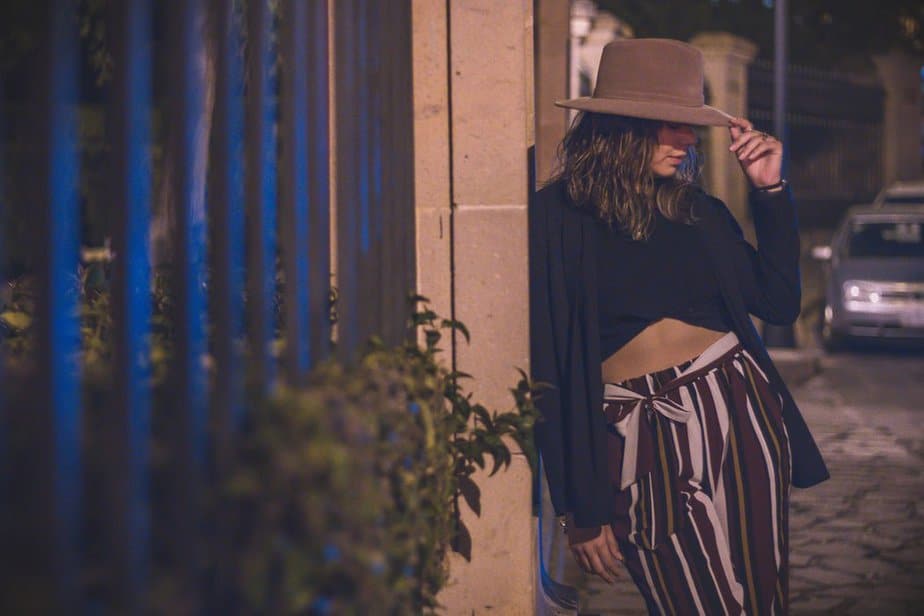 Does My Ex Think About Me? 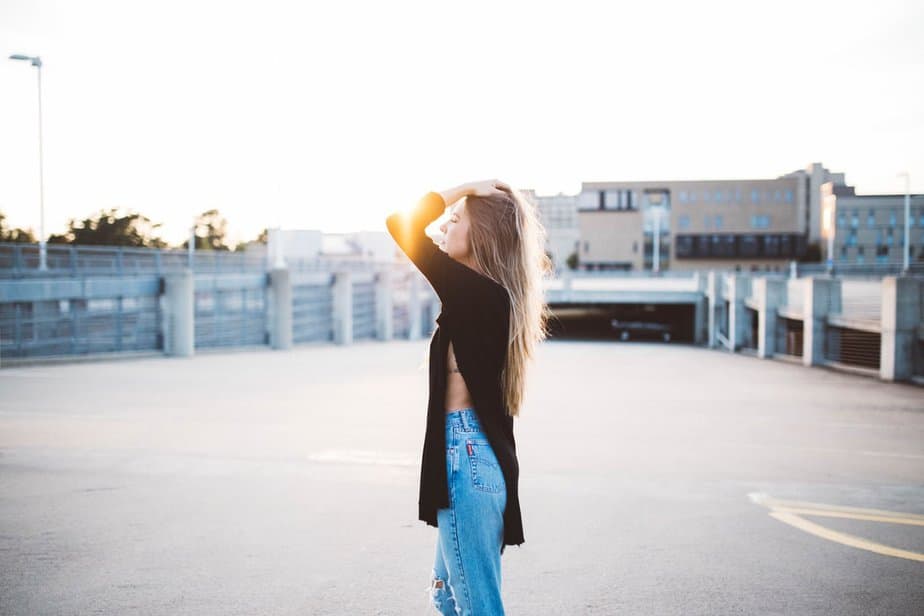 How To Make Him Want You Back: 10 Proven Ways That Will Make Him Regret Breaking Up With You