Having the ability to read someone by the way he behaves toward you or what he thinks sometimes seems impossible.

Unless you have superhuman powers, it is hard to get inside a human’s mind and know what they are thinking.

Most of the time that we deal with that, we don’t even notice it. However, if you want to decipher if he has feelings for you or if he is flirting with you, that can be incredibly frustrating, especially if you have a crush on that person.

Sometimes, a woman believes she knows instinctively if a guy is flirting with her. But that is not the case every time.

There are times when he just likes you as a friend and what seems like flirting is just him being really nice and friendly toward you.

He is a player and the only way that he knows how to communicate is by flirting with women. His signals are deceptive.

So, it is often hard to tell if someone is flirting with you. Some people are shy, or they become nervous and try to play it cool.

Some lack confidence, which is necessary if you want to flirt with a woman.

It can be tough and at the same time annoying to tell whether a guy truly likes you or not.

The subtle signs of flirting can say many things. It is important not to miss them because you could miss an opportunity to connect with someone special.

I know that you have been wondering for some time whether he likes you or not, and the subtle signs can save you a lot of guesswork, while at the same time, give you an opportunity to continue the communication with him.

You have to be understanding when it comes to his failed attempts at catching your eye. Girl, these are the definitive signs he’s flirting with you.

1. He tries to make you laugh

Everyone knows that a woman wants a guy with a good sense of humor. If you ever doubt yourself and his intentions, just look out for this sign.

A man who truly likes you will seize every opportunity he gets to make you laugh and this subtle sign of flirting goes a long way.

He will maintain eye contact after he tells a joke, just to see if you find it funny.

Men are sometimes insecure and they need validation from you, so remember that.

He wants to impress you.

He will try to find ways to get to know you better and he will try to have one-on-one time with you just to show you what a super fun guy he is.

If he turns into a comedian every time he is in your company, it’s a sure-fire sign that he is flirting with you!

Humor is a great tool to use if someone may not be attracted to you.

If a guy makes you laugh, it means that he makes you happy. It’s instant gratification.

The next time you wonder whether he is flirting with you or not, look for this signal as he will use it to try to seduce you.

2. He is the first one to like your pictures

Social media plays a huge role in today’s dating and that’s the truth. It is so easy to connect with someone. You can do that with just one click.

When you want to get someone’s attention, without having to say any words to them, this is a great way to do so.

If a guy is shy and lacks confidence, social media gives him the opportunity to express himself without the fear of being rejected in person.

If a guy is constantly liking or commenting on your pictures on social media, this is actually a subtle sign that he is interested in you.

So, if he spends minutes or longer on your photos, be sure that this is a definite sign that he is flirting with you.

3. He shares personal information about himself

There are many types of flirting, which I won’t get into detail about.

But what you should know is that mindless flirting can get a girl’s attention. It’s a way to stay safe and not to share too much information about himself.

However, if a guy really likes you and wants to be more serious with you, he will be eager to share information about himself.

The details that he shares may be about his life, job, or about a current family situation.

Everyone wants to look good in the eyes of the person they’re dating or want to date. So, they hide certain things from each other at the beginning.

However, a subtle sign that he is flirting with you is when he tells you true stories that don’t make him look good.

By doing so, he is trusting you with pieces of information that he might not tell someone else.

4. He makes an effort to see you

If he mindlessly flirts, he will forget about you the instant a ‘better’ girl shows up somewhere. Although let’s be real, you are the best.

A subtle sign that he is flirting with you and likes you is when he wants to spend time with you. He doesn’t want to be anywhere else but with you.

He will cancel his plans, or rearrange them if he needs to, just to spend some time with you and make you happy.

A guy who makes the effort to see you, rather than hanging out with his friends in a bar, is genuinely interested in you.

His flirting is real and with this sign, together with him making you laugh, you can be sure that you are on his mind.

5. He makes future dating plans with you

A definite sign that he is flirting with you and that he likes you is when he makes future dating plans to see you again. Don’t get me wrong. This has nothing to do with planning a wedding or having babies.

Maybe he will joke about taking you to a movie because you told him that you were eager to see it.

This is an unmistakable sign that he wants to spend some more time with you so you should be aware that it is obvious that he’s flirting with you.

The best way to react is to decide whether or not he is worth your time and effort. If he is, go for it, girl. 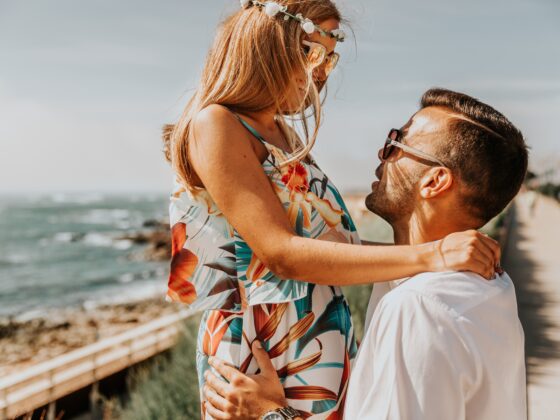 10 Little Things That Will Make Her Go Crazy For You 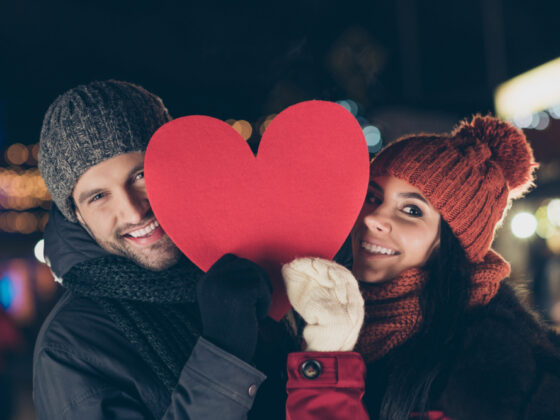 Control Freak Or Romantic Sweetheart? 6 Red Flags To Look Out For