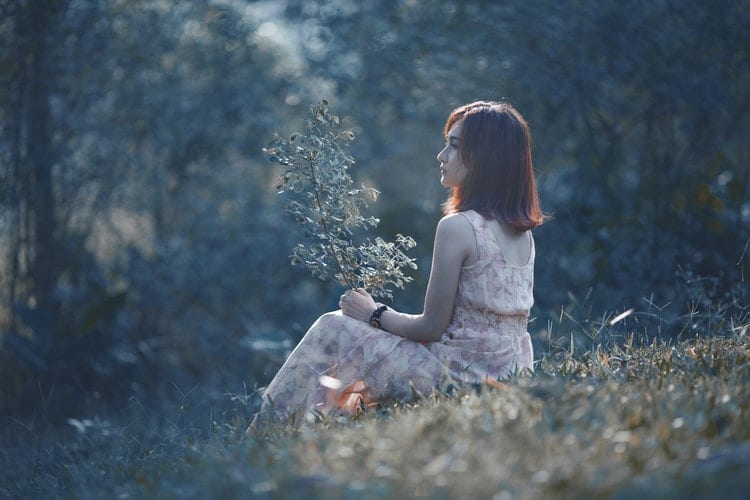 No matter what some people may say, there doesn’t exist a person in this world who doesn’t enjoy being loved. Knowing that you are important to someone and that someone truly cares about you is one of the best feelings there is. But, sadly, sometimes we want to be loved so much that we hold on to the wrong people and look for affection where it doesn’t exist. I know it’s quite hard to admit to ourselves that our partners are not invested in the relationship the way we are and that they just don’t care enough. But it’s better to face the harsh truth than to spend some more time living in a lie. So if you are not sure about the emotions your boyfriend has for you, here are five signs he just doesn’t care enough.

One of the first signs that you are involved with someone who doesn’t really care about you is his self-absorption. There simply exist people who are selfish by nature, but even when those people meet their soulmate and better half, they stop being so self-centred. If a guy cares about you, you’ll be important to him as an entire individual. He will take your needs and wishes into consideration and will be aware of the importance of compromise in every healthy relationship. On the other hand, when you are dating someone who doesn’t have the same emotions towards you that you have towards him, he will never be ready to meet you halfway. Instead, he will insist everything in the relationship goes his way and will not give you any other possibility. This guy will not be concerned with the problems and issues you may be having—he will only talk about himself and the things that are going on in his life. You may think you can change this quality your partner has, but selfishness is something that is hard to deal with and is a clear indicator of how important you are to someone. This goes for all other relationships, not just romantic ones—if a person cares about you, they will care about your needs as well.

He disregards your feelings.

If you are in a relationship with someone who doesn’t consider your feelings and emotions to be important, I hate to break it to you, but this person doesn’t care about you. This is one of the first signs that a guy doesn’t have feelings for you. Sometimes, he acts like you are too much to handle and that the depth and the intensity of your emotions in general are too challenging for him, but actually, he never puts in an effort to understand you. This also means he has never put in an effort to get to know you as a person and that he never truly listens to you. He never tries to understand why you are sad or are just feeling low in the moment. When you have a problem or are bothered by something, he rarely shows the slightest sign of compassion and desire to help. You may think that this is just his personality and that there are people who are not empaths and don’t know how to sense other people’s emotions, but he acts the same way even when you verbalize your emotions loud and clear. The harsh and painful truth is that he simply doesn’t care enough in order to take your emotions into consideration.

He doesn’t have time for you.

When you are in love with someone, you try to spend as much free time with this person as possible. Although you may think that only women are like that, guys are not much different when they care about someone. When a guy truly wants to be with you, there is nothing that can stop him from spending his time with you. This can especially be seen in the beginning of the relationship, when the both of you are falling in love and when the passion is on the highest possible level. But if you are dating a guy who never has any time for you, maybe you two are not on the same page. Everything else seems more important than you and it seems like he would like to spend his time with everyone else besides you. When you confront him about this, he keeps telling you he’s just been busy lately and that things are about to change—but they never actually do. You are the one who initiates most get-togethers, and with time, you start to wonder whether this guy even wants to be with you. Even when you two are together, he seems uninterested in the way you’ll spend your time—it’s like he is forced to be with you. If this is the case with your relationship, it’s time to face the fact that this guy simply doesn’t care about you. He probably keeps you around just so he is not alone and until someone more suitable comes along. You don’t deserve this kind of treatment and it’s about time you walk away.

He doesn’t express his emotions.

We don’t all have the same ability of verbalizing and showing our emotions, and there are people who are simply not very good in expressing their feelings, no matter how hard they try to change that. But this means that these people are not good at verbalizing their emotions or showing them in a traditional, old-fashioned romantic way—but they will find a way to let you know how important you are to them. There are multiple ways for expressing your feelings besides the simple “I love you.” So, if a guy you are in a relationship with tells you he is a closed person who doesn’t know how to express his feelings, he should make sure you feel loved in other ways. If he doesn’t do anything to express his emotions, he probably doesn’t have them when it comes to you. You can deceive yourself, thinking he just needs more time to relax and be his true self, but the probable case scenario is that he doesn’t care about you enough and, consequently, doesn’t want to bother himself pretending he does. One thing is for sure: if you feel unloved around your partner, you probably are.

He doesn’t support you.

When someone cares about you, your happiness and success will be something they care about as well. If you are in a serious relationship, your partner will perceive your success and happiness as something you both should be looking forward to, because he doesn’t see you guys as separate entities. Instead, he will perceive you two as one person with mutual goals and tendencies and will therefore see your failure as his own and your success as his own. This guy will be your shoulder to cry on and will be someone who will make you stronger—because you’ll always know you can count on him, no matter what. But if a guy doesn’t have strong and true feelings for you, he will not be your support in any way. He will not be interested in seeing you improve. He will not push you forward nor will he be there to have your back if you happen to fall. When someone truly loves you, he believes in you, even when you stop believing in yourself, and he makes sure you know he won’t abandon you when times get rough. If your boyfriend doesn’t behave in this way, trust me, he doesn’t care enough.