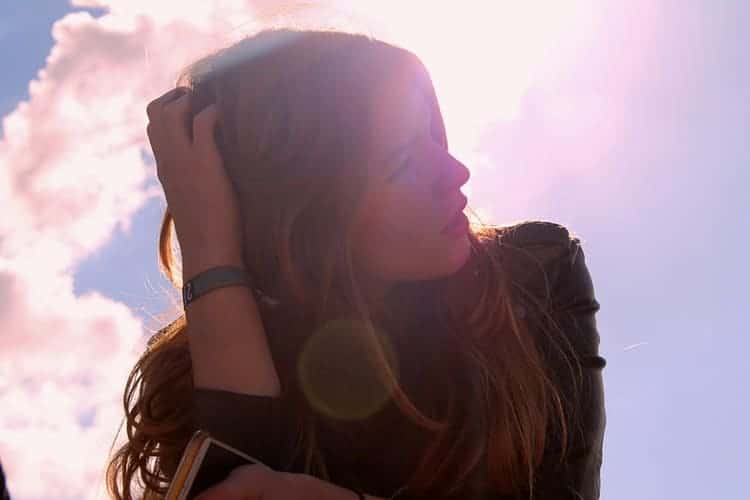 They say you can’t lose something you never had. But, what do they know? They have never been in a situation when they were afraid of losing someone who was never theirs, nor did they face the pain after it had happened. I was in both situations—I have stayed without someone I had and I have lost someone who was never mine. Yes, both hurt like hell. Every emotional pain is different and cannot be compared to another, but if I have to choose, I would say it was more devastating for me when I lost someone I have never had.

This may come as a shock for everyone who never found themselves in a situation like this. How it can be possible that you suffered more for someone who was never yours than because of someone who you shared everything with? Well, trust me, it is possible. The worst feeling you can have is knowing that someone was yours for just a second, only for a heartbeat. And that he was never yours completely.

Now, you spend the rest of your life feeling that this person slipped right from your arms. You were holding so tight to him, but he simply disappeared, like he never existed, leaving you with a bitter taste in the back of your throat. And that feeling will never go away. Trust me, I know. Years have passed since he left, and although sometimes I think I am forgetting his face and the sound of his voice, I still can feel him burning in the back of my throat.

I keep thinking what could have been between us, how we could have lived our lives, if he had stayed. I think it’s because I never had him completely, I never got to know him with all of his imperfections, and I never got the chance to grow tired of him. And I always idealized him, because he was always so distant and unreachable. He was always a mystery for me and that is why I had enough space to picture him as perfectly as I liked. My reason knows I am probably enchanted by the idea of the man, than by the man himself, but my heart can’t understand it.

When you end a long-term relationship, everybody tells you to get rid of all the photos, to throw away his clothes and anything that could possibly remind you of him. People will tell you that you should stay away from memories and from the places you could run into him. But, I don’t have anything of his, I don’t have our photos, I don’t have his letters… He was like that, inexplicable to everyone. He would just appear in my life out of nowhere and disappear in the same way. Sometimes, I even wonder if he ever existed, if we ever existed or I just imagined him. He seems so unreal, that sometimes I think everything was just a dream.

Each time I was in his arms, I knew I was stealing time. He warned me not to get too attached and not to expect anything from him. He has told me he is a loner who could never imagine spending his entire life with one person and one place. And he never promised anything and he never gave me false hope, but somehow, I managed to convince myself he loved me too. I held onto the little things, on tokens of his affection, trying to find deeper meaning in them. I justified him, telling myself that he just needed time to open up to someone, to take off his armor shell.

Despite knowing that he will never be someone who lives a calm life and that he would never settle, I allowed myself to picture a future with him. I didn’t ask anything—for me it was just enough for him to be there, by my side. And he just couldn’t. Even if he wanted to, he didn’t know how to stay. It was not in his veins to belong to someone else.

The last time he left, in the beginning I acted like he will appear any moment. And I waited, desperate for his love. But years have passed by and he never came back. And I never moved on and have never let him go. Of course, I met other guys, some of them were great, some of them were less great, but not one managed to amaze me the way he did. And sometimes, I think I am losing my mind, because from time to time I feel like he is thinking of me too and like he misses me as well.

They say that time heals all wounds. But I don’t consider him to be my wound. This pain is something that I have learned to live with and embraced it as a part of who I am. It taught me a lot, beginning with the fact to never to attach to emotionally unavailable men, because it can only lead to tears. It helped me realize how much it can hurt when you lose someone who was never yours.