It can really be frustrating when two people like each other, but are afraid of rejection so much that they can’t admit it.

But there are always signs of unspoken attraction that reveal the truth. You just have to know them and pay attention to spot them.

It shouldn’t be that hard to put the cards on the table and say it when we are attracted to someone, but sometimes we have even more reasons for holding back the truth than just our fear of rejection.

Sometimes we don’t want to compromise a friendship or make things awkward in the office if we like a colleague.

Because unspoken attraction between friends and colleagues can cause problems if we finally decide to talk about it and openly admit our feelings for one another.

And these signs of unspoken attraction can be spotted on any person if you just pay attention and look hard enough. 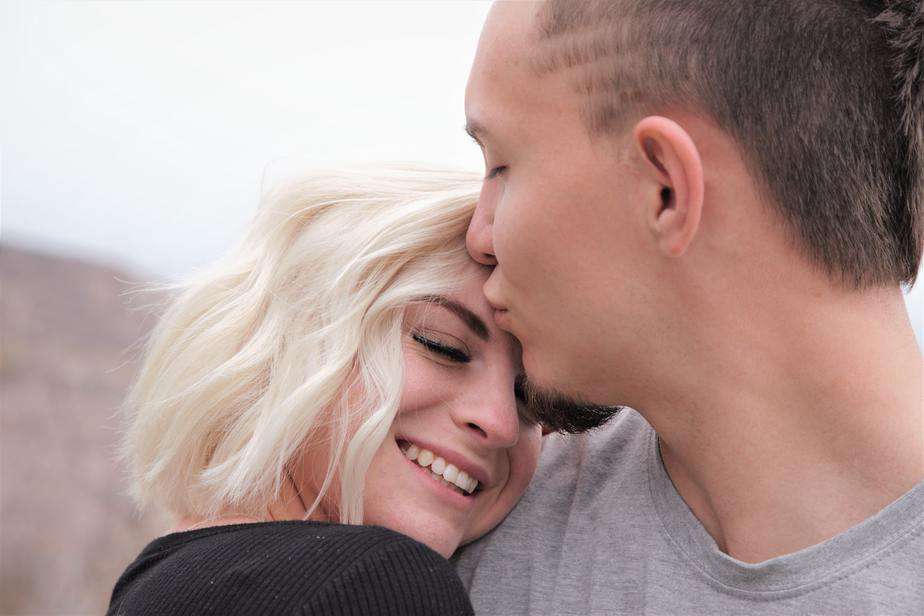 So we don’t really need to directly talk about the feelings we are trying to hide because we will be able to read between the lines and figure out is the attraction mutual or not.

This is why it’s a great idea for you to learn what to keep an eye on, and with our help and your intuition, you will easily notice signs of unspoken mutual attraction.

This will help you finally decide whether you want to take the next step and talk about the chemistry that’s going on between you two and take things further so you could finally become a couple you have been yearning to be.

Consider the body language, because when two people are attracted to one another, their body language will change and make them unconsciously reveal that secret.

Trust your intuition and watch the body language carefully.

Men will become nervous when they are around a woman they’re attracted to, so their pulse and breathing will be faster.

His palms will be sweaty, and he will keep eye contact while licking or biting his lips. 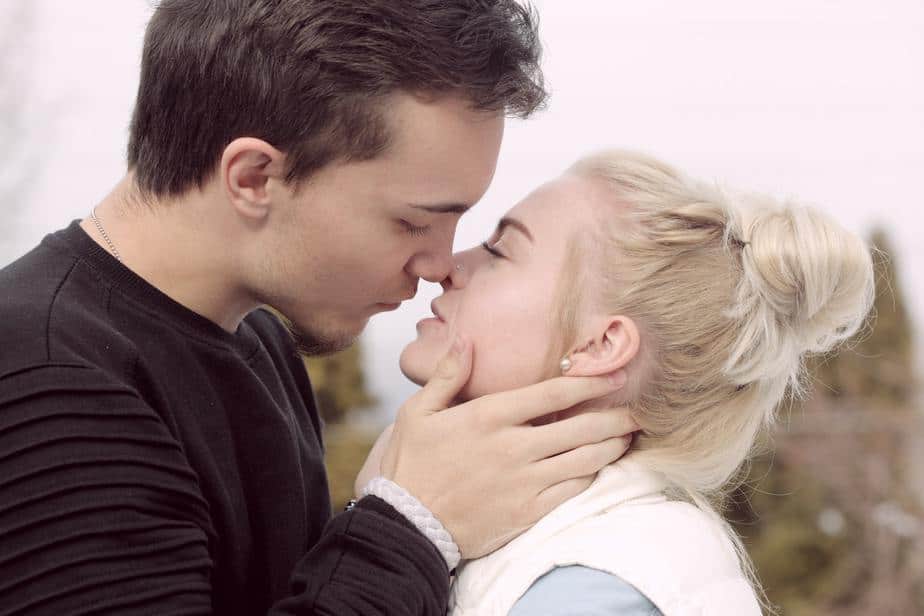 He will try to appear stronger and more impressive than he actually is just to win a woman’s heart.

Female body language is different, but it equally reveals their hidden feeling of attraction.

Blood will run to their cheeks, and they will blush when they are around a man they’re attracted to.

They often giggle and play with their hair. They will also blink fester, and their voices will become higher when they are talking to a man they like.

It’s actually even more apparent when a woman is attracted to a man.

Often, everyone else but the people who are attracted to each other will see the undeniable sparks between them.

The truth is, we simply can’t hide that we like someone very much, and why would we? Love is a beautiful thing, and being a part of it is a gift.

So if you are looking to find out whether you two are both equally attracted to one another, or you are looking to check whether some couple has mutual attraction between them, read on to discover the signs that will show the truth.

Here are 15 signs of unspoken attraction:

1. You are always smiling around each other 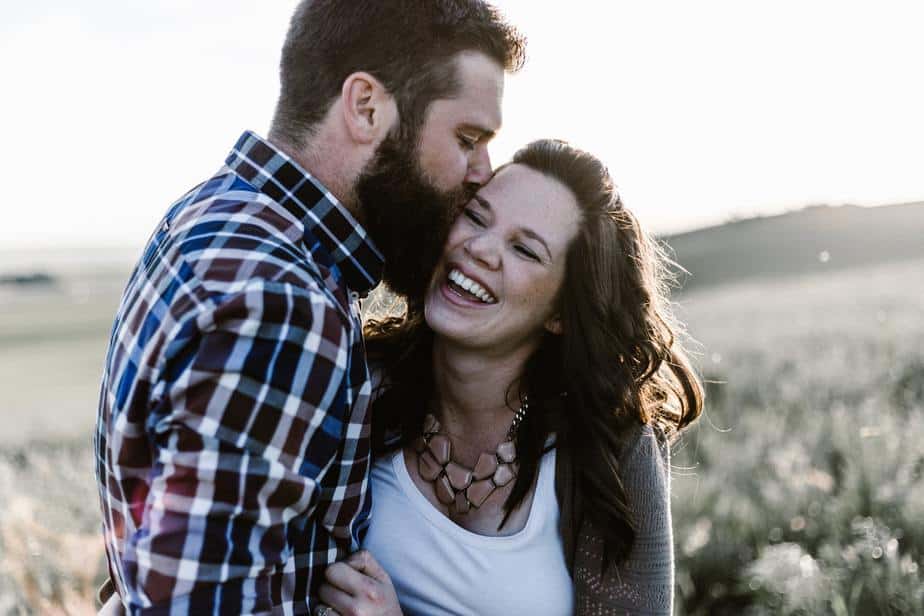 It is hard not to smile when we are close to someone we’re attracted to. It just feels that good to be around each other.

When you notice someone looking at you with a silly smile on their face, it is one of the sings of unspoken attraction.

Unspoken attraction often manifests itself in an irresistible urge to smile when we are around someone we like.

And we don’t have any particular reason for smiling, it is just something we can’t control.

Often people can’t resist smiling even on the mention of the name of the person they like. Even just thinking about them causes us to smile.

2. You are looking for excuses to touch 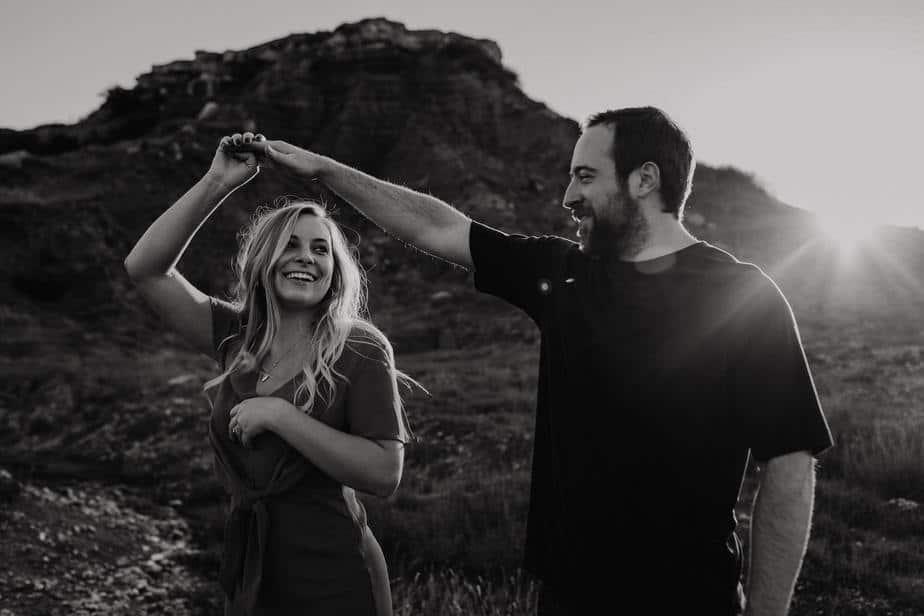 One of the apparent signs of unspoken mutual attraction is when people use any chance they get to touch each other.

The chemistry between them is strong.

Whether it’s a warm hug or a simple pat on the shoulder, people who show signs of deep attraction will not be able to keep their arms off of each other.

No matter how subtle it is, it will still happen more often than with other people.

This is especially true if those people aren’t usually the ones that like to get physical. 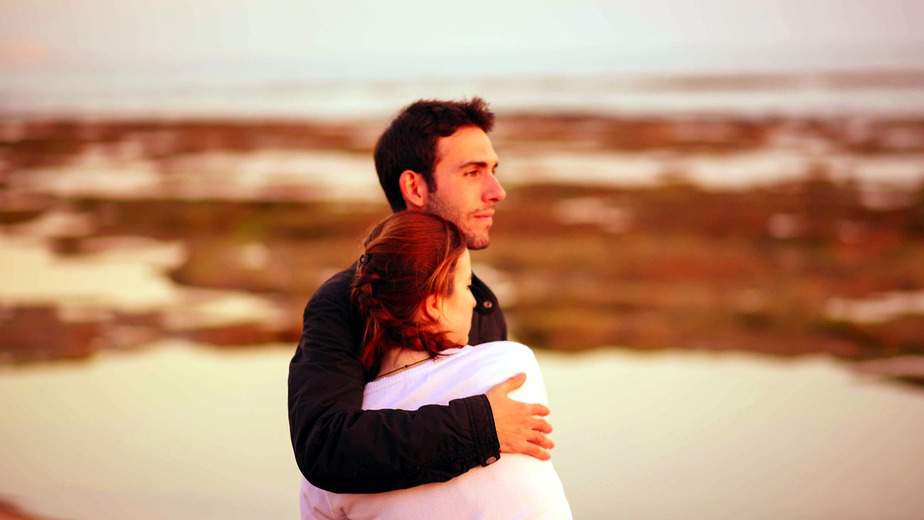 When we are nervous around someone, our body’s reaction is to start sweating.

So if your arms are sweating when you are sitting next to a person you find attractive, try touching their hand, because if it’s sweaty as well, this is one of the signs of secret attraction. 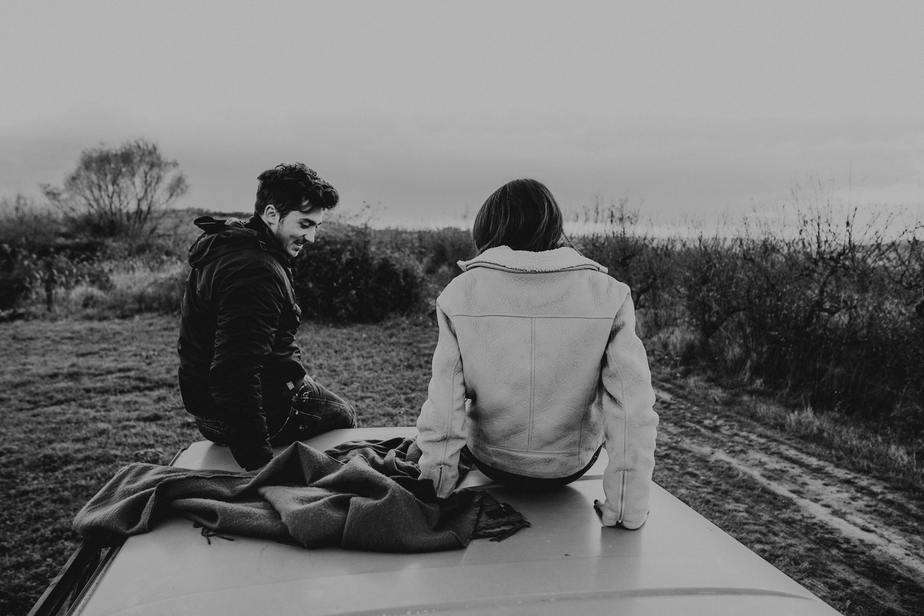 People tend to feel less confident and even insecure when they around someone they find attractive, and this will make them seem nervous.

So if you are looking for signs of hidden attraction, this is one of them.

Body language is a wonderful thing because it usually shows the hidden desires before you are even aware of them.

5. You are licking your lips 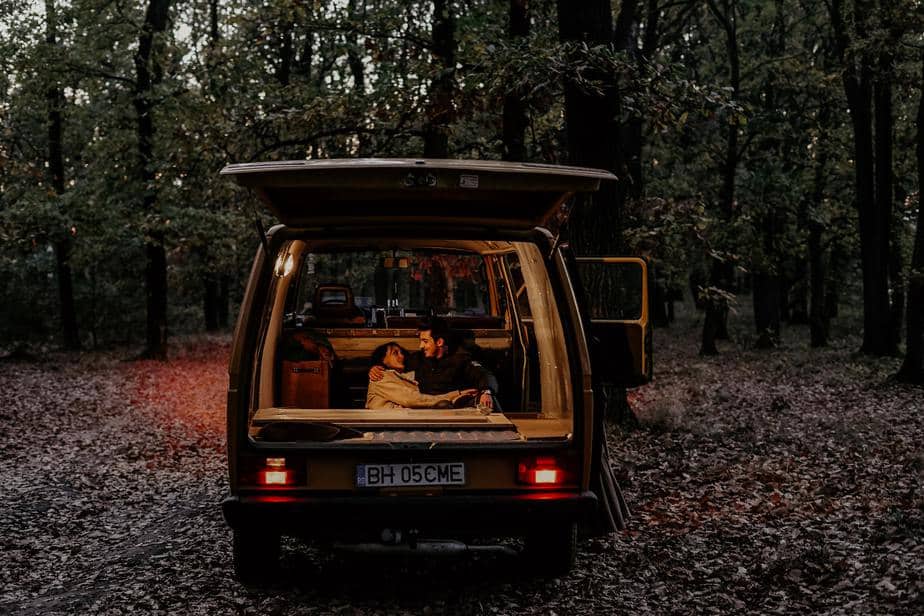 When you are looking at someone you are attracted to, you will start biting or licking your lips.

Even if they are not biting their lip, the unspoken chemistry will force them to keep touching their lips, and this is one of the signs of deep attraction and mutual chemistry. 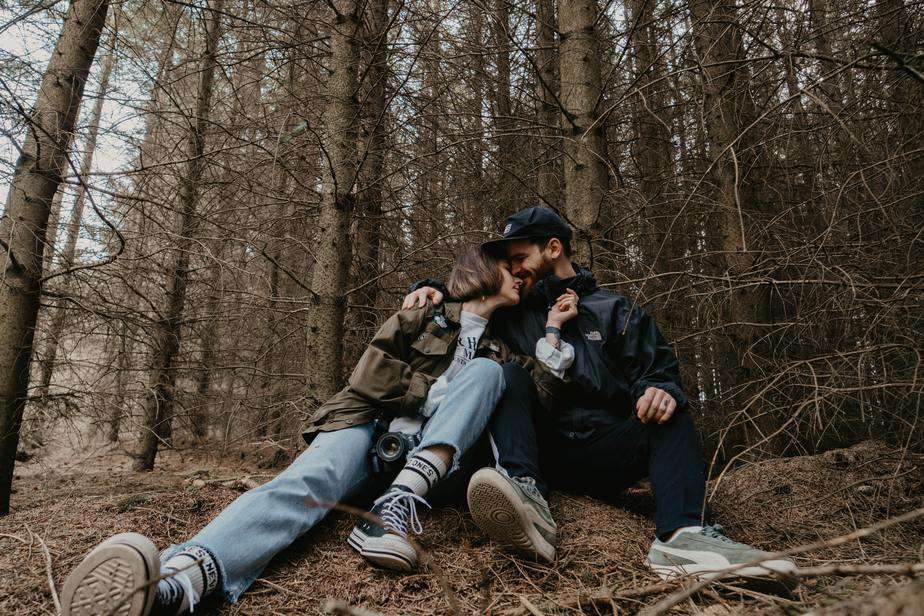 Blushing and being shy are clear signs of unspoken mutual attraction.

Even though blushing is most common with women, men too will start acting shy, or overconfident in front of a woman they find attractive.

7. You are trying to look your best 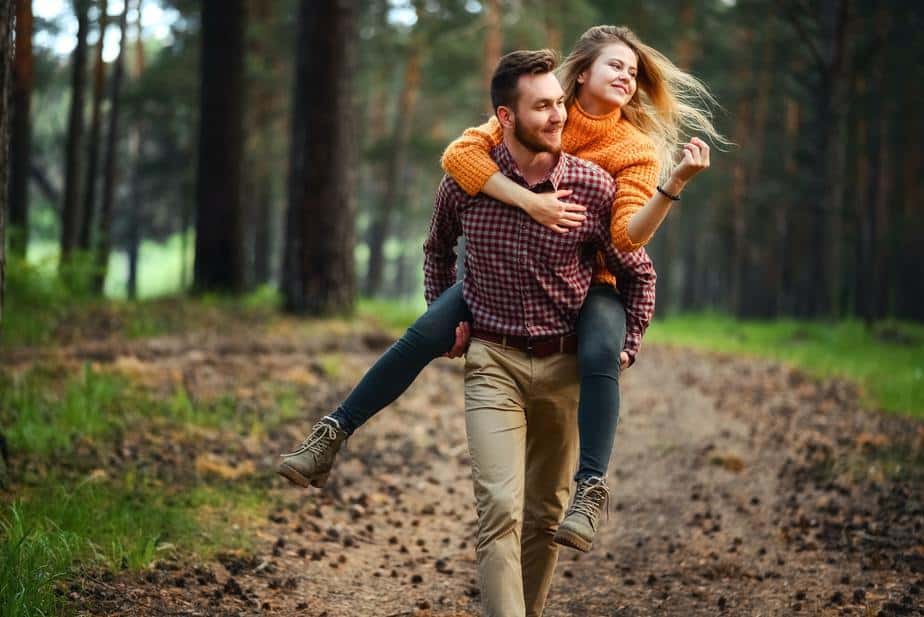 People who are attracted to each other will constantly try to fix their appearance in the hope of looking their best for the person they are trying to attract.

When we care about someone, we also care deeply about how they perceive us, and we want to show ourselves in the best possible light.

So whether it’s fixing our hair, clothes, or make-up, those are the signs of unspoken attraction.

We will even become frustrated if everything about us isn’t looking perfect because we want to seem perfect to the other person.

8. You are enjoying the silence 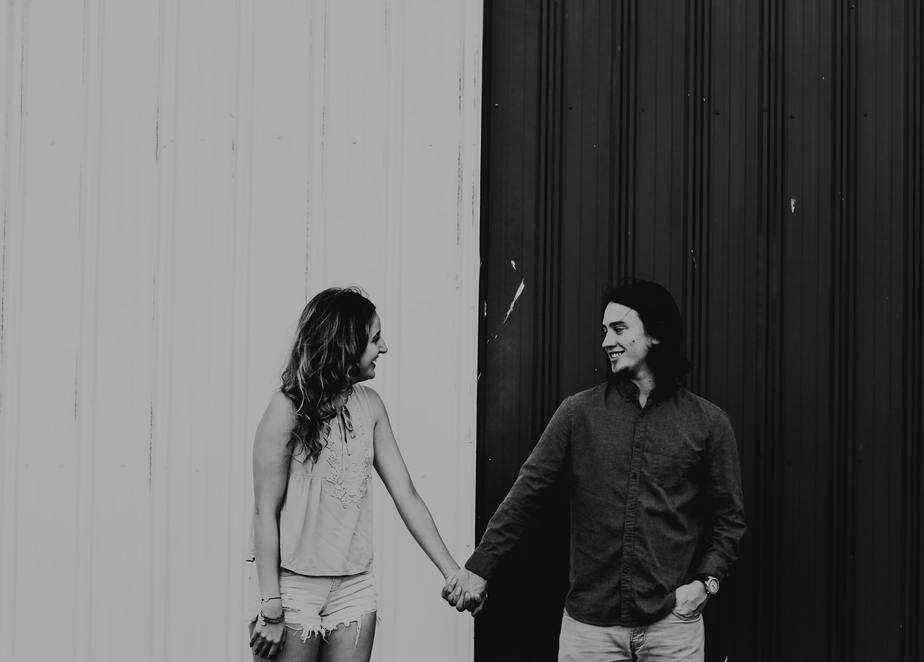 When you are around someone you are attracted to, there will never be an awkward silence between you, on the contrary, you will share comfortable silences.

We have all been on those dates were we find ourselves in the awkward silence that’s making us uncomfortable and nervous, and inevitable ruins the mood.

But the unspoken attraction between two people will create a silence that is comfortable for both of them.

They enjoy being quite and getting lost in each other eyes.

However, often, this silence will be filled with undeniable tension that will lead to a kiss or any other expression of mutual attraction.

So if you are feeling calm when there is silence between you and you feel like you understand each other perfectly without using any words, it is clear that there is an undeniable attraction between you two.

9. You are teasing each other

There is a special language only people who are attracted to each other use.

They share with each other things they don’t share with other people, and sometimes they like to tease each other about things only they know about.

They have a lot of inside jokes and are not afraid to use them.

This teasing is one of the signs of unspoken attraction, and it’s their way of acting like a couple, even though they are not ready yet to admit it out loud. 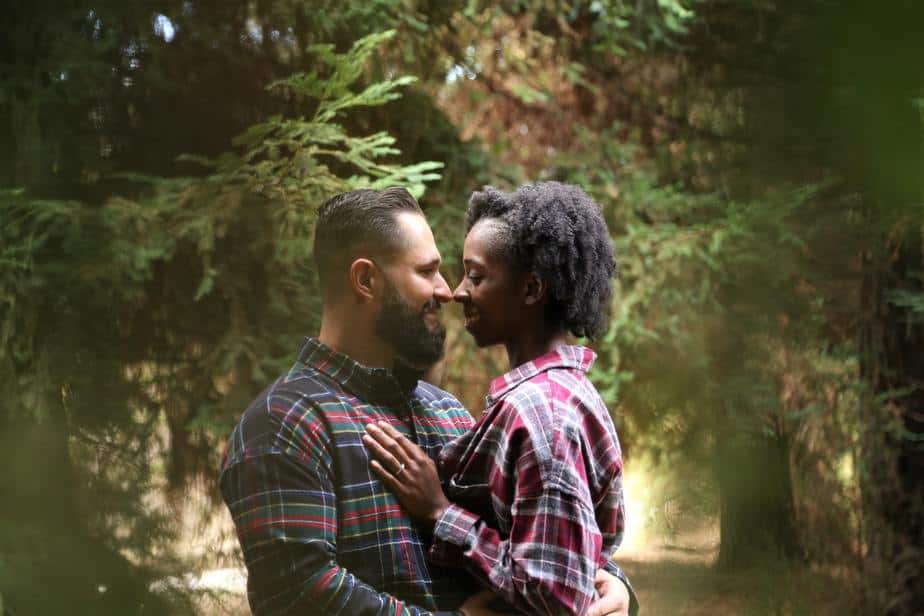 When a man is attracted to a woman, he will usually lower his voice when he is talking to her because he is trying to make things more intimate between them.

It is also a great trick for getting you to lean closer to him to hear what he’s telling you, and it’s making it easy for him to maybe lean in as well so you could finally kiss.

People who are attracted to each other will always tend to whisper so they could lean in closer to one another.

This is their way of being intimate and sharing their chemistry.

11. You are making each other laugh 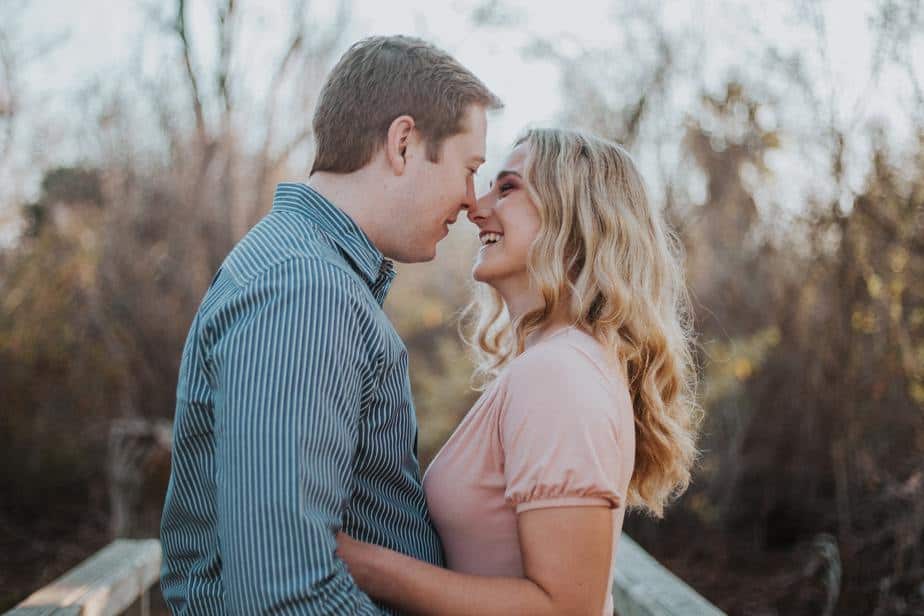 Men will always make idiots out of themselves just to get a woman they’re attracted to laugh at what they do.

Humor has always been considered hot, and we are all well aware of it.

So, when we are attracted to someone, we will do our best to make them enjoy our company by making them laugh.

Men try to impress women with how funny they are since they know women find a good sense of humor to be an irresistible quality in a man.

So if he is going out of his way to make you laugh and comes up with a new interesting joke every day, he is actually showing signs of unspoken attraction.

12. You are starting to look alike 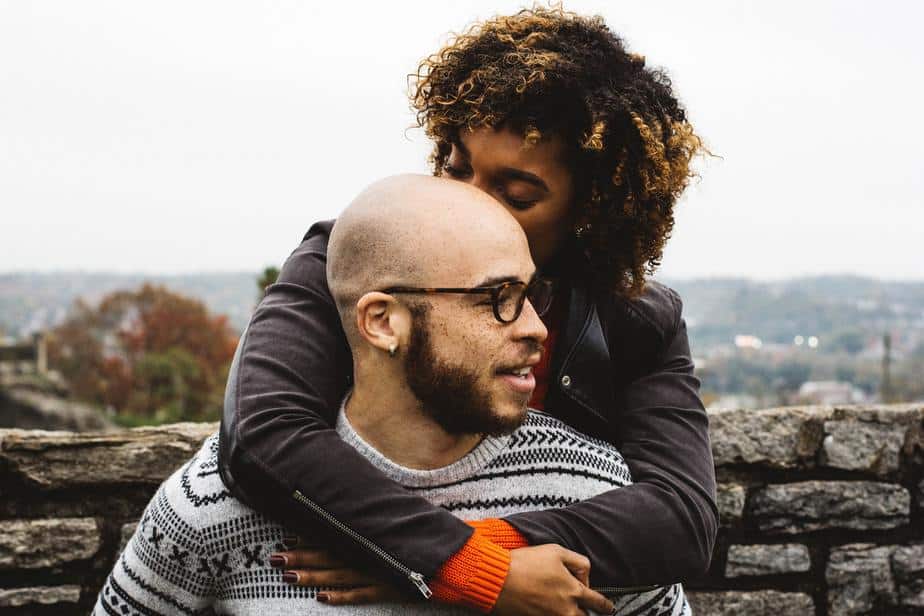 People who are a couple, even though they might have not admitted it to each other will start mimicking each other’s movements and expressions.

It will seem like they are copying us or imitating us, but what they are actually doing is showing signs of deep attraction.

The fun fact is that they are not doing that on purpose, it’s just their bodies way of revealing that they want to be with you.

Pay attention to the movements because if he is doing exactly what you are doing, he is not trying to imitate you, he is trying to show you that he wants to be with you.

13. You are trying to impress each other 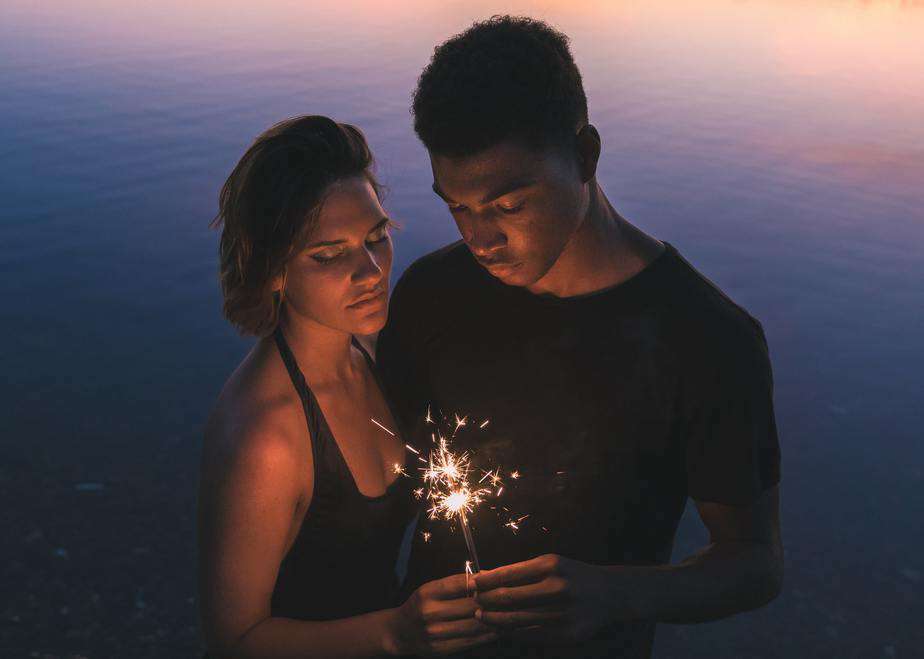 When a guy is attracted to you, he will carefully listen to you and care about your passions.

If you mention your favorite movie, he will watch it just to be able to talk to you about it, and he will even do some research about a topic you are interested in just to impress you with how much he knows about it.

If he is not trying to make you admire just his career success or his body, but genuinely cares about what you are saying, he is definitely attracted to you.

14. You are not paying any attention to anyone else 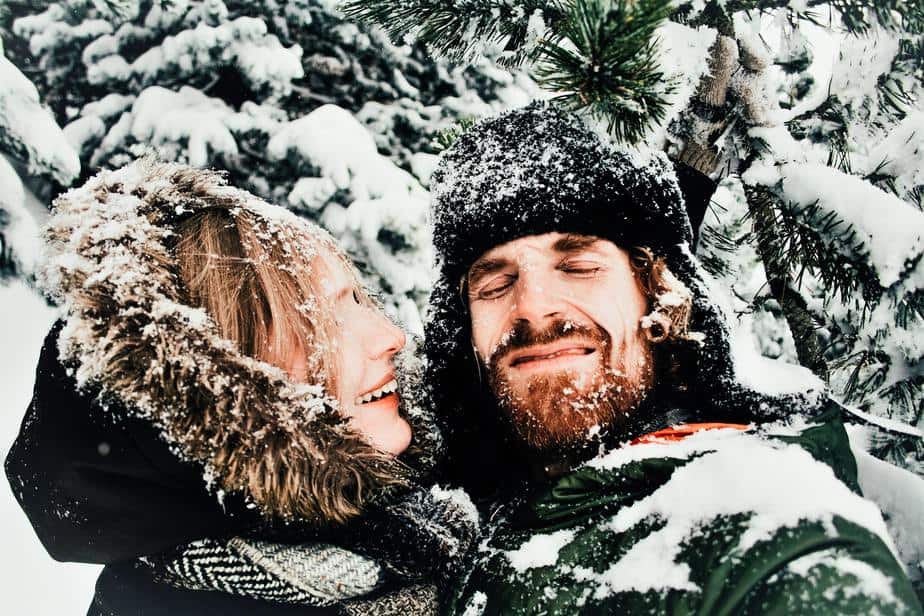 They will not hesitate to ignore everyone in order and focus solely on one another.

This is actually a great habit of successful couples because it proves that they will never look for something on the side because the person they care about grabs all of their attention. 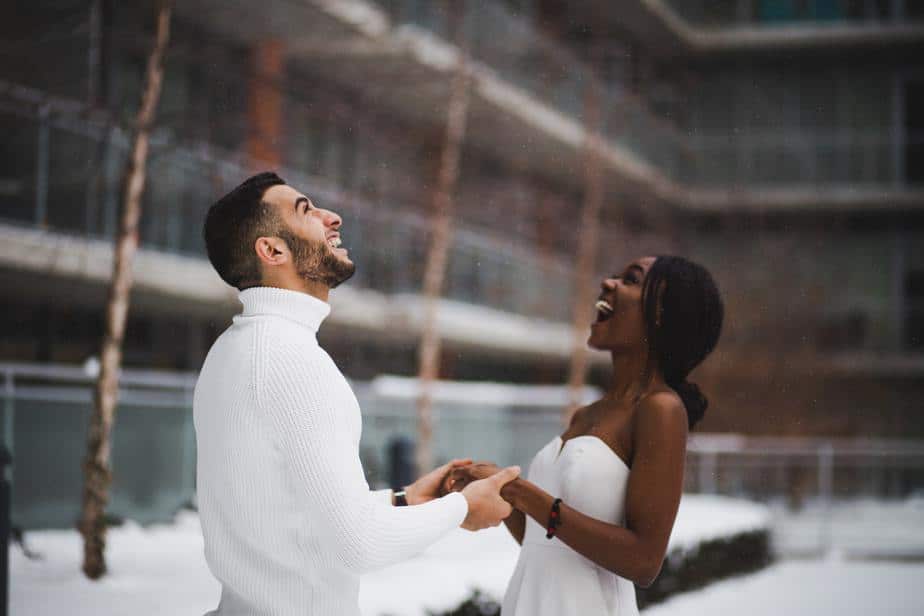 People who show signs of unspoken mutual attraction won’t be able to pull away from one other because being separated almost causes them physical pain.

They not only love being together but are also addicted to each other’s company.

It feels like he is now a part of you, and you can’t be away from him. The best thing is that he feels the same way about you.

They are always trying to spend as much time together as possible and always feel like something is missing from their life when they aren’t together.

The feeling they get from being with each other is like a drug for them.