9 Signs You’re Loyal To A Fault

Being in a relationship is beautiful.

There is no greater feeling than having someone with whom you can share your worries, dreams, the good and bad moments; someone who is loyal to a fault.

Does it ring a bell? Cheating being one of the major love breakers is something we most times vow never to do, but wait until you unwittingly set yourself up, it’ll show up when you least expect it.

The irony of lying or keeping the dark secrets from your lover is the fact that it’ll make you feel comfortable with messing up more (after all he/she doesn’t know). 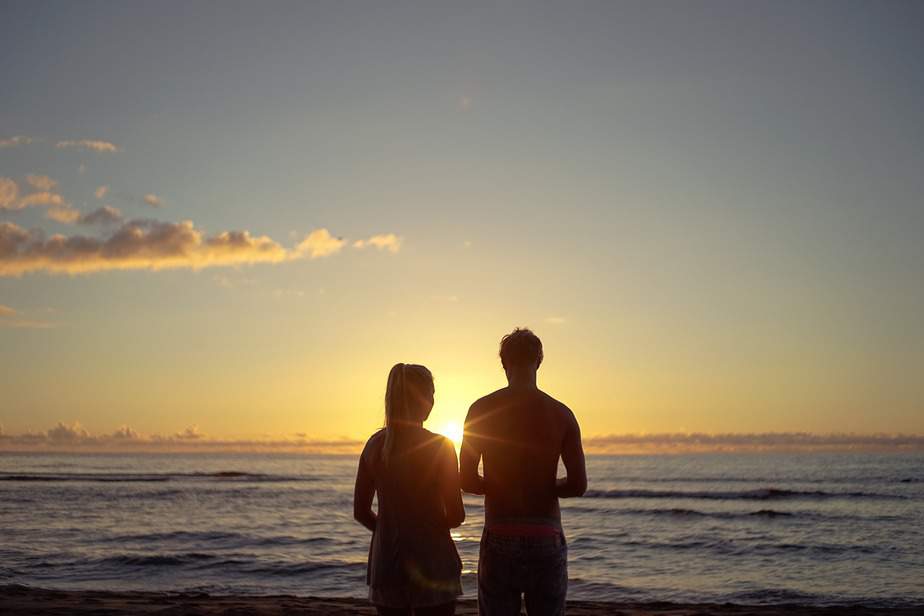 No matter your excuse (I don’t want to lose him/her or hurt him/her feelings), if you don’t stick your neck out there and tell the toughest of truths, it’ll only be a matter of time before you lose him/her, and it’ll be a tougher loss.
Truth be told, when you genuinely love someone, you automatically set such person as your confidante beyond the romance.

That’s where loyalty begins, trusting your lover with your deepest secrets.

But does it all end at trust? How do you get to trust someone?

Well, let it suffice to say that trust is earned, and if you intend to be a faithful companion, you’ll do what it takes to be trusted; you’ll prove yourself loyal to a fault.

What Does Loyal To A Fault Mean?

It’s important to note that relationship, although it thrives on trust and communication, it also requires accountability.

Being accountable in the sense that neither person is stuck up on bad habits which is supposedly overlooked.

If you’re unable to let go of things that could prove harmful to yourself and your partner, and your partner does not call you to order in the name of love, that’s not being loyal to a fault. 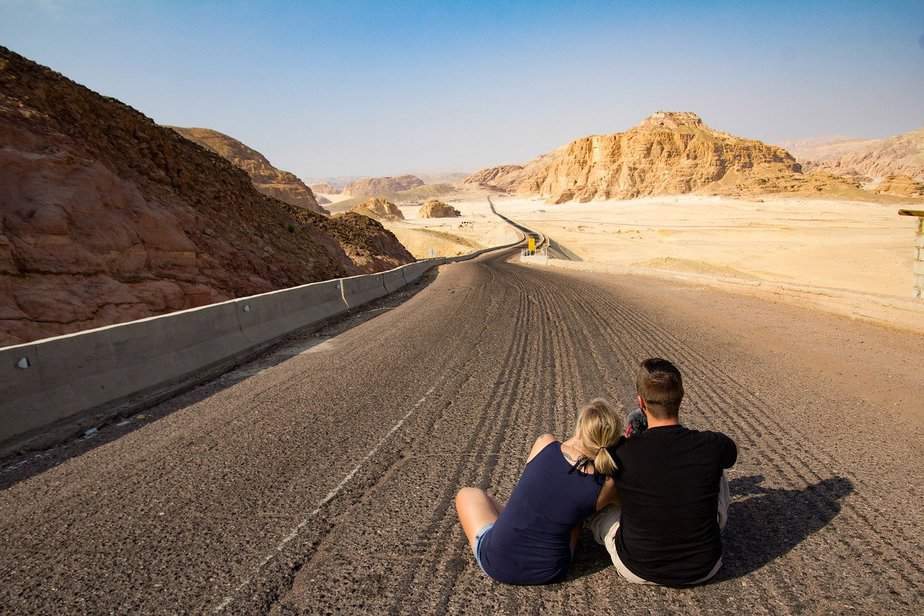 Rather, it’s being unwise and uncaring, which could spell the end of such relationship in the long run.

Ideally, when the question of what does loyal to a fault mean pops up, it is usually understood to mean that you’re faithful enough to overlook errors.

Whilst this can be abused such that partners give room for misbehaviors without tangible reasons, which would ultimately lead to a breakup, it still holds a great deal of truth that could help relationships thrive.

The fact is that being loyal to a fault is all about trust, communication, discipline and accountability.

When you’ve won someone’s heart, earned his/her trust, what’s expected is to set yourself up such that you don’t break such trust, and you convey your best intentions to your partner without coming off as bossy.

The phrase “correcting in love” best answers what does loyal to a fault mean.

Being loyal to a fault ensures that you always have the interest of your relationship at the center of your heart; you’re interested in what’s best not just for you, but for your partner, and that spurs you to make the necessary sacrifices.

So then, what are the signs to look out for that you’re loyal to a fault? Here’s a list you could use to examine yourself;

1. You’re true to yourself; 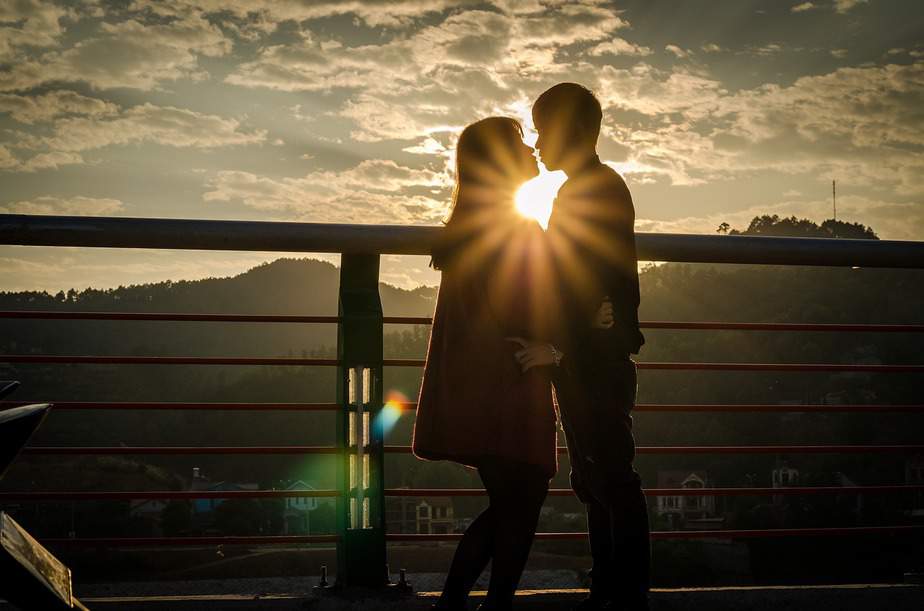 it’s often easy to be madly in love with someone such that you overlook their shortcomings no matter what.

Although, it may seem healthy, it’ll eventually breed low self-esteem in you when your partner, knowing that you’re head over heels in love, will continually mess up.

At times it may not be a matter of cheating, but toxic comparison, where you’re always made to feel that there’s someone better than you out there.

Being loyal to a fault first requires you being true to yourself. Do you love your partner? If you do, then it’s only healthy to let go of shortcomings.

But don’t overdo it. While you may have the best interest of your relationship at heart, it takes a sane person to pursue such interests, and you’ll be doing you both a great disservice if you fail to stand up for yourself when it matters most.

The truth is that where you let things slide with ease, you’re bound to be taken for granted, and that’s neither in your best interest nor that of your relationship.

Being true to yourself is knowing when to stand up for yourself when it matters most. You’re not a foot mat.

2. You set clear boundaries to others; 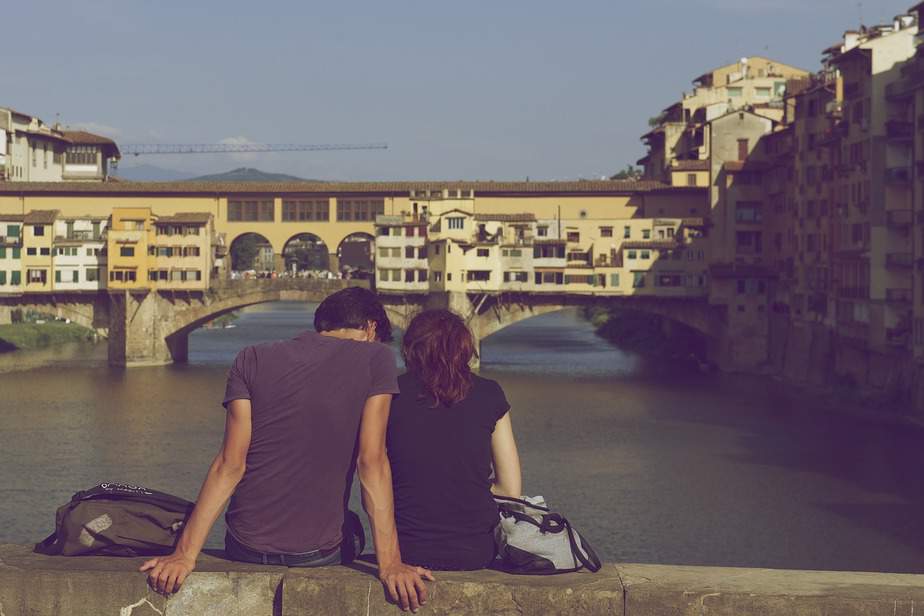 your friends have always been there before you found the love of your life, and they’ll still be there when you hit rock bottom.

Seeing as they’re always going to be around, it’s only human to want to hang out with them often; reciprocate being there for them.

But, when you’ve found the love of your life, it’s only safe that you set clear lines for your friends; you’re off the shelf especially your friends of the opposite gender.

The truth is that, as humans we tend to get attracted to someone who gives us the attention we crave.

So when you’ve already found the love of your life and you’re still being in way too close relationship with your friends, although nothing may be going on, it’ll breed unnecessary distrust in your partner, and most likely breed an unhealthy attraction in your friend which could lead to cheating.

It’s better to be safe than sorry, and that’s where you have to draw the line.

You can be as friendly as you want to be, so long as you’ve drawn the line clearly enough for all to see.

3. You stand up for your partner and your relationship; 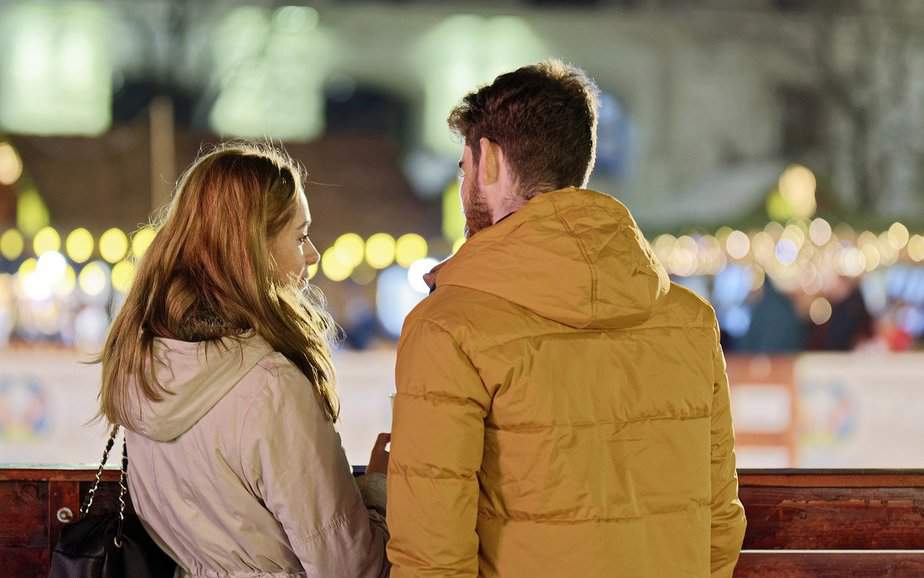 one costly mistake lovers make, is to let their friends or family talk trash about their relationship.

If you’ve found your treasure, it’s only wise to protect it at all cost.

There’s really no perfect human, and even the costliest of treasures require a bit of clean up to see their real value.

Seeing as you know your partner much more than everyone else, it’s only expected that you watch his/her back.

You’ll be doing yourself a great favor if you silence negative talks concerning the love of your life.

Words are potent, and no matter how harmless they might seem, they’re strong enough to breed doubts in you.

Although it should be noted that standing up for your relationship doesn’t mean you idolize your partner above faults.

You know one another better than your friends and families, and where you know there’s a fault, you deal with it.

Standing up for your partner and relationship is about making him/her a better person. 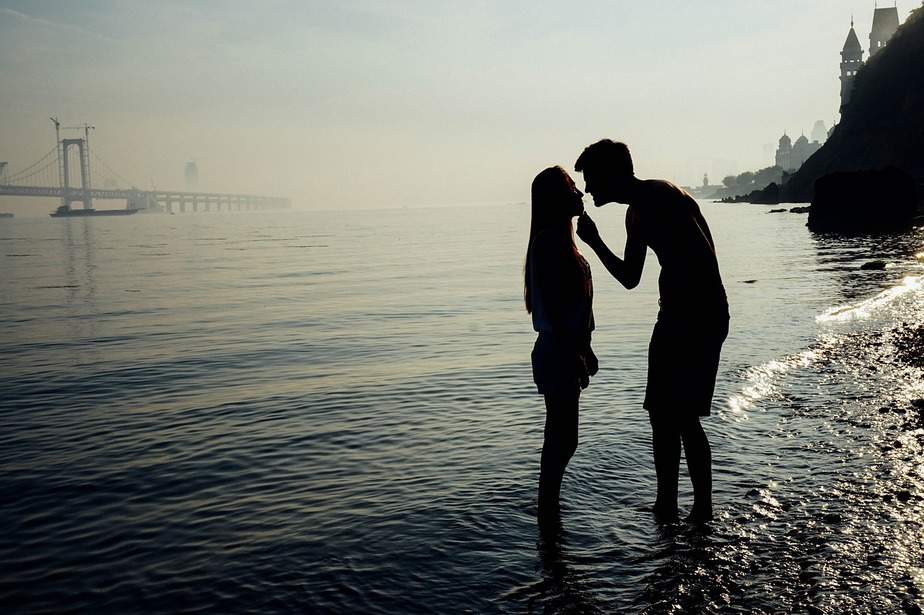 although this may sound old school in a crazed world, it’s still great to fall back on.

Being moral is not a matter of enforcing your perception of morality on your partner, thus choking him/her.

Rather it’s a matter of loving correction and changes based on certain agreed morals.

You’re not being a loyal girl by being self-righteous.

Although while some may say it’s much easier to trust a religious partner than an adventurous one, the stats have proven otherwise that religion is not the basis for trustworthiness.

It’s really just a matter of self-discipline and respect for the one you love.

Nonetheless, the fact remains that if you’re morally conscious, and you have friends that are upright, you stand a greater chance of not building the trust your partner has in you, and you’re less likely to fall into unwholesome situations. Your morality speaks on your loyalty. 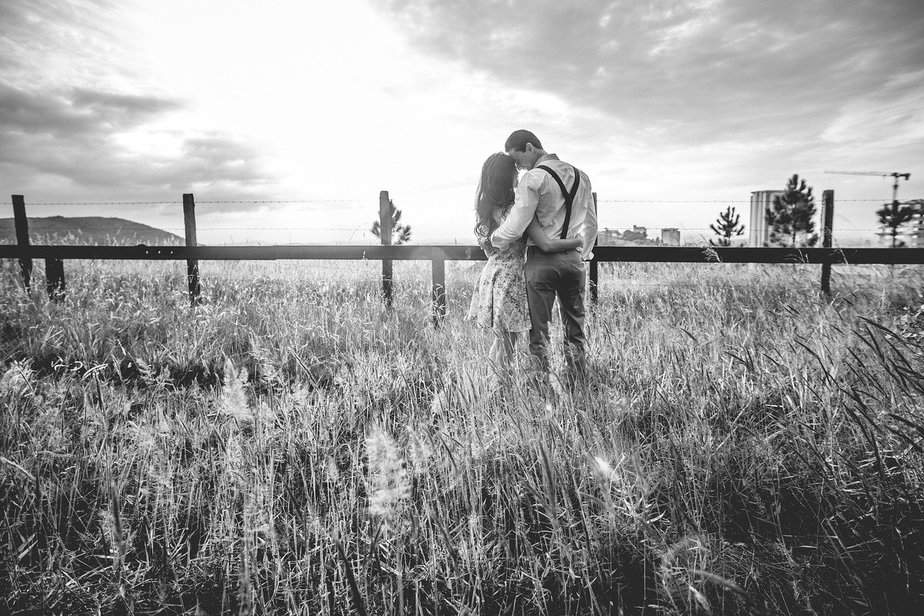 when you say you love someone, you trust them with your secrets; it’s a natural course.

Beyond the romance and the talks that span hours, there are those serious moments of baring it all.

Talking about fears and dreams, exposing your challenges so that your partner can do what he/she does best; help you ease the burden either by words or action.

Secrets tend to breed distrust, and in a situation where you share your deepest fears with someone other than your lover, you’re only setting yourself up for unwholesome attraction.

You’re human, and when someone gives you attention, especially with your secrets, it’s only normal that you grow attracted to such person.

So rather than having the tête-a-tête with a friend, tell it to your partner. There should be nothing you can tell a friend that you can’t tell your partner. 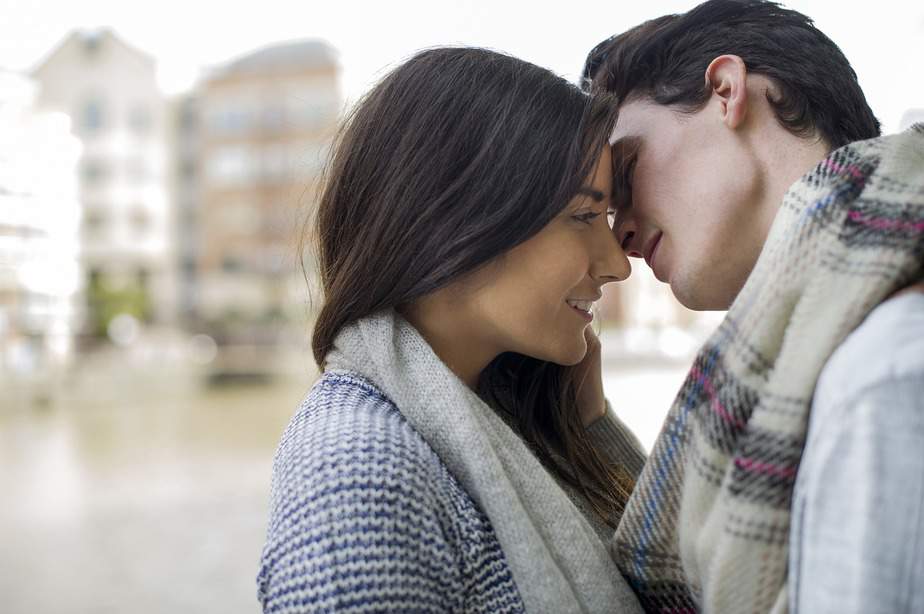 there’s nothing more annoying and more untrustworthy than someone wo cannot keep his/her word.

It’s not just a matter of keeping your words when it comes to really important things; the little things matter too.

Where you find yourself canceling dates, lying about little things, you might need to do a double check on yourself.

The fact is that, if you can’t keep your word on little things, it’ll rub off on more important things.

Another thing to note about your word being your bond, is truth. There should be no lies; small or great.

If you’re going to earn your partner’s trust, you’d earn it faster when he/she knows you’ll stick to your word even when it doesn’t really matter.

7. You appreciate your partner; 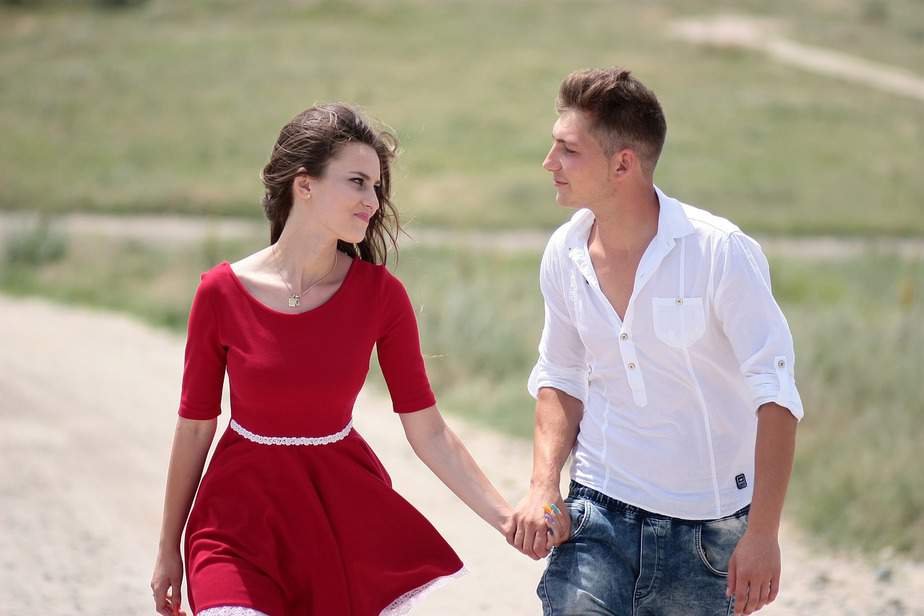 most often ladies complain about their partners failing to give them the necessary compliments.

They tend to feel the hurt of comparison much more than men, especially when the men fail to give compliments. It could go both ways though.

Appreciating your partner is not just in gifts. Those words of compliment and random “I Love You” would tell that you appreciate them.

Although men don’t always feel the need for appreciative words (doesn’t mean they don’t), this makes them fall short in giving those compliments.

Knowing this, you as a man should put in more into appreciation, and as a lady, be a little bit relaxed on your demand for appreciation.

The truth is that, appreciation will always come either in words or in action or both, and it’s best done without coercion.

Those little words of encouragement and appreciation matter a lot in showing that you’re loyal. 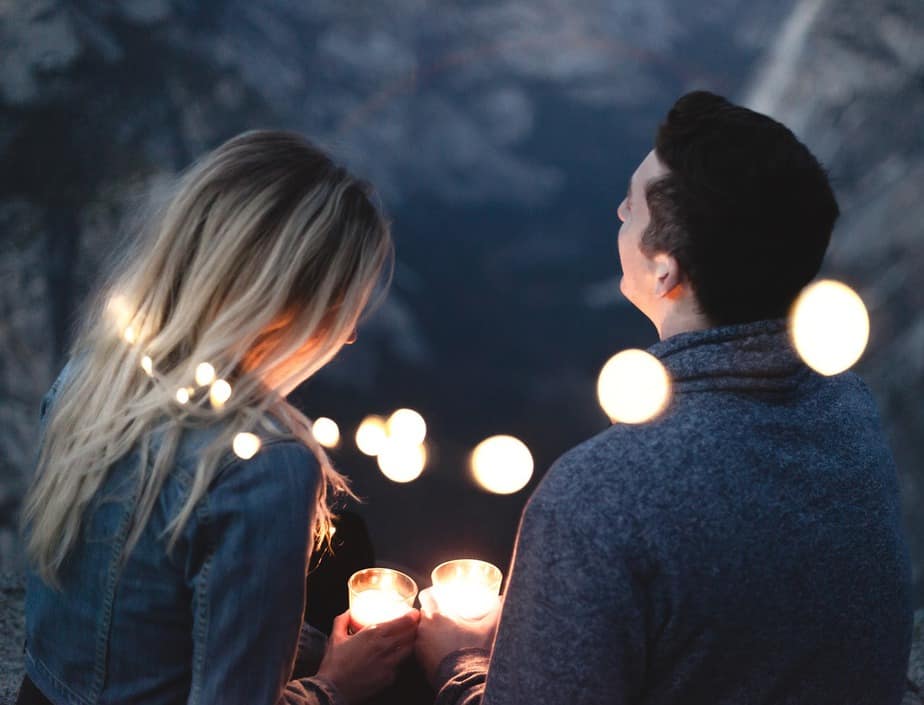 is a specific to women. Being a loyal woman is not about monitoring your partners every movement which most times makes him feel trapped and untrusted.

It’s about trusting him enough to give the liberty to do his thing without fear.

In a situation where you’re doubtful and begin nagging, what you’re fearful about will eventually turn out true.

There have been a number of stories about men who intentionally cheated because their women would not let them rest; it was some sort of revenge for the frustration they felt from the doubts and nags.

9. Show interest in your partner’s interests; 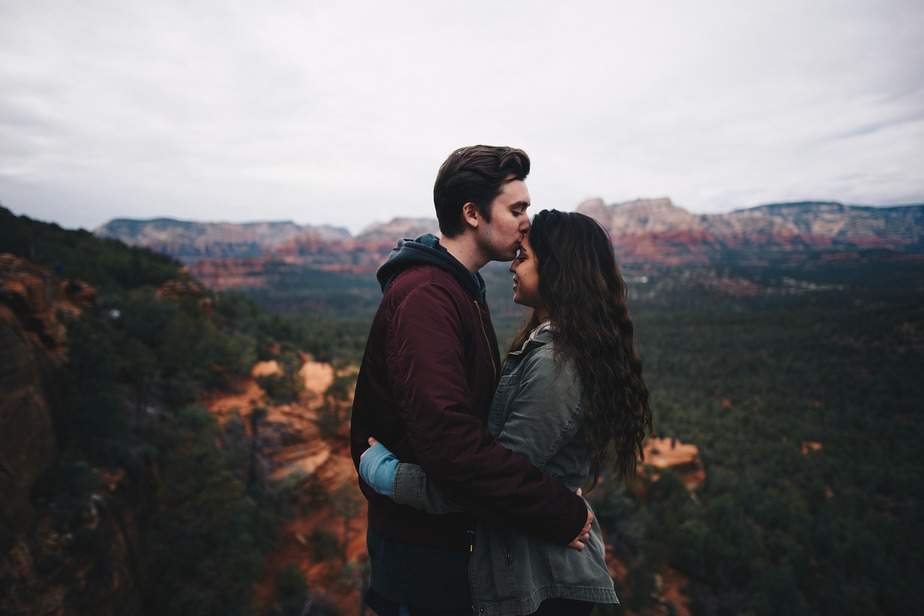 besides being there when needed, one of the ways know that they have a loyal girl, is when she invests her time into his; when she actively involves herself into what he loves doing without coercion, it makes them feel more obligated to be loyal.

Rather than nagging about how he doesn’t spend time with you, how about you become the loyal girl of his dreams by being a little more interested in what he loves doing?

You’ll find that in proving yourself as a loyal woman by being actively interested or involved in his own interests, you’ll pick up a personal liking for what he loves.

There are lots of things that make up a loyal person; from the love and understanding to sacrifices.

Being a loyal person requires a great deal of trust, not just on the part of your partner, but also on your part (trust your partner and do the things to earn more and more of their trust).

Just like it’s said, your heart lies where your treasure is, let your words and actions resonate the fact that you treasure your partner.

You’re partners to watch each other’s back; in appreciation, correction in love, and consistency. 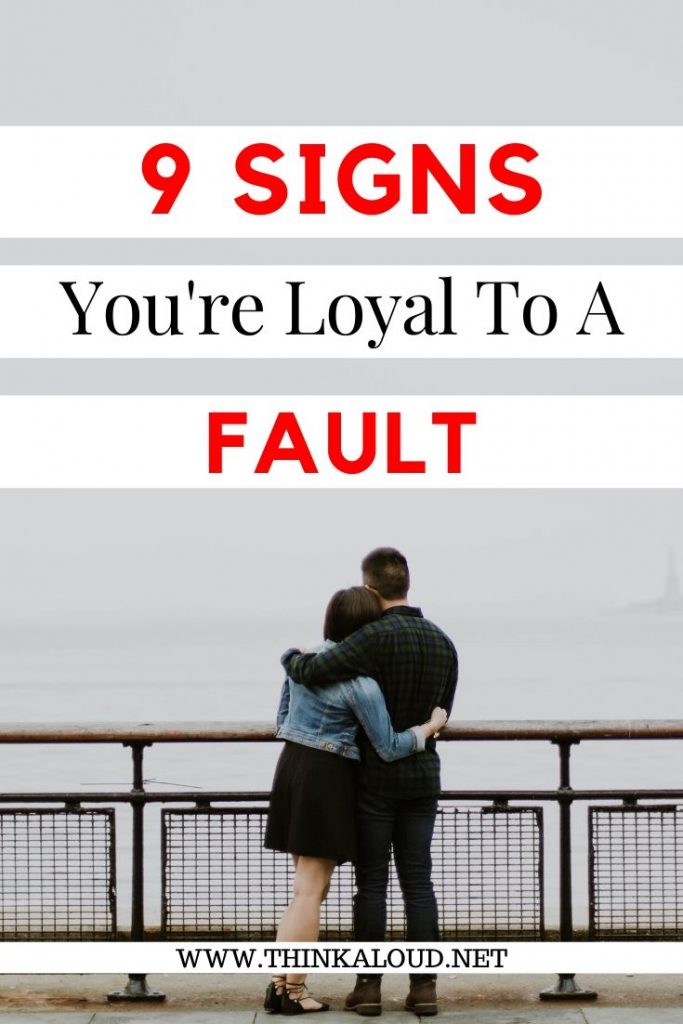 34 Undeniable Signs a Man Loves You Deeply
← Previous
How To Swallow Your Pride In A Relationship
Next →
Click here to cancel reply.
4 shares