Don’t you envy those women who seem to have it all? They walk proudly with their heads high and always know what to say.

It looks like they never have to worry are the pretty enough, good enough, or capable enough to accomplish great things in life – in fact, it seems like they already have.

But for every confident woman, there are a hundred insecure women who feel they are never good enough and don’t know how to stand up for themselves.

An insecure woman will always struggle to feel pretty and confident because feeling insecure stops her from seeing everything that’s great about her.

You’re insecure, don’t know what for? To quote One Direction, “you don’t know you’re beautiful, that’s what makes you beautiful”.

Why are women so insecure? A part of it is that we are bombed with images of beautiful women and princesses from early childhood.

But to be frank, most of the insecure women had a problematic man in their life who, if he didn’t make them that way, certainly has his part in it.

A woman who has been cheated or treated like she doesn’t deserve to have great things in life is bound to become one of the insecure women who struggle to realize their self-worth.

The thing is, if people in the life of an insecure girl didn’t consider her worthy, she will believe that and will grow up to become an insecure woman.

Contents show
Here are 13 signs of insecure women:
1. She is always jealous
2. She thinks other women are prettier than her
3. She is controlling
4. She is always looking for validation
5. She is clingy
6. She copies the man she’s with
7. She is afraid of criticism
8. She apologizes all the time
9. She has trust issues
10. She has low self-esteem
11. She is defensive
12. She can’t handle competition
13. She doesn’t know how to stand up for herself

Here are 13 signs of insecure women:

1. She is always jealous 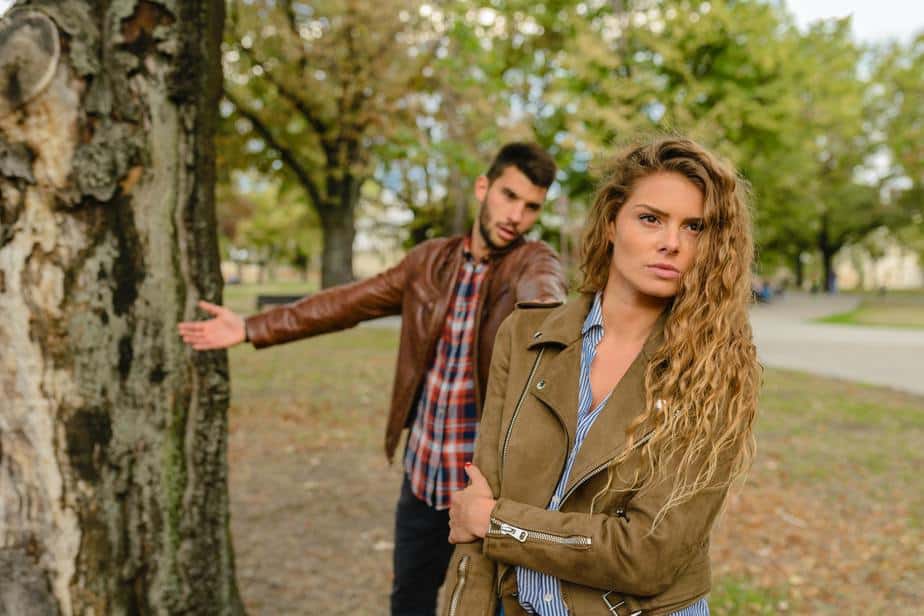 Insecure women have to be jealous of others, it comes with the territory.

Because they don’t think of themselves as pretty or successful, they will always envy does who clearly are.

This is why dating an insecure woman can be tough for the guy she is with since she can’t stand him being around other women because she sees them all as threats since she thinks they are better than her.

2. She thinks other women are prettier than her 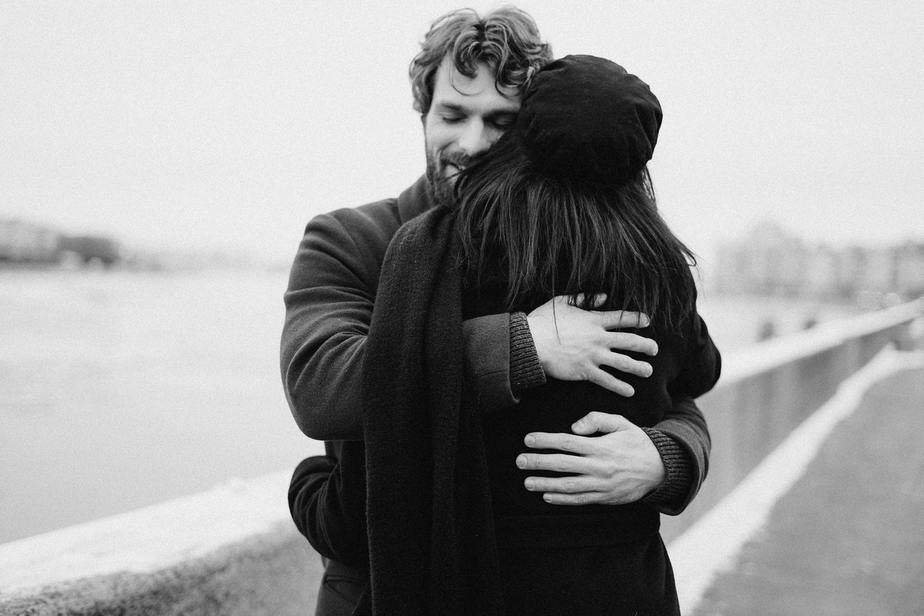 And this is the main reason for their jealousy. If you recognized yourself in this sign of insecurity, I advise you to read my other article – To Every Girl Who’s Ever Thought ‘She’s Prettier Than Me’ because the first step to beating insecurity is realizing how beautiful you actually are. 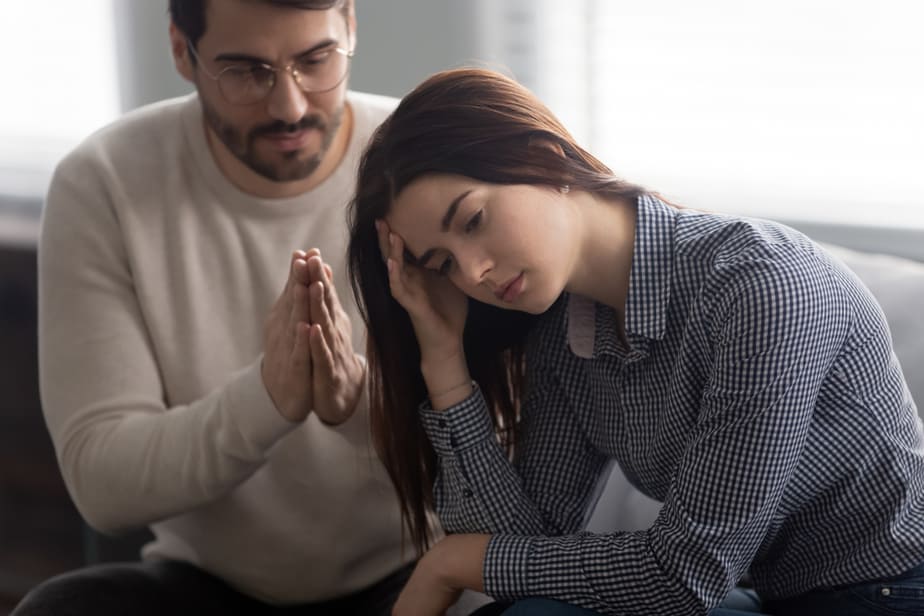 An insecure girl has to have full control over her boyfriend to feel safe in a relationship.

This is why she has to call him all the time or freaks out when he doesn’t answer her texts.

If you are like this, please try to realize that your insecurity might cause you to lose a great thing with someone who likes you but can’t stand your need for controlling his life.

4. She is always looking for validation 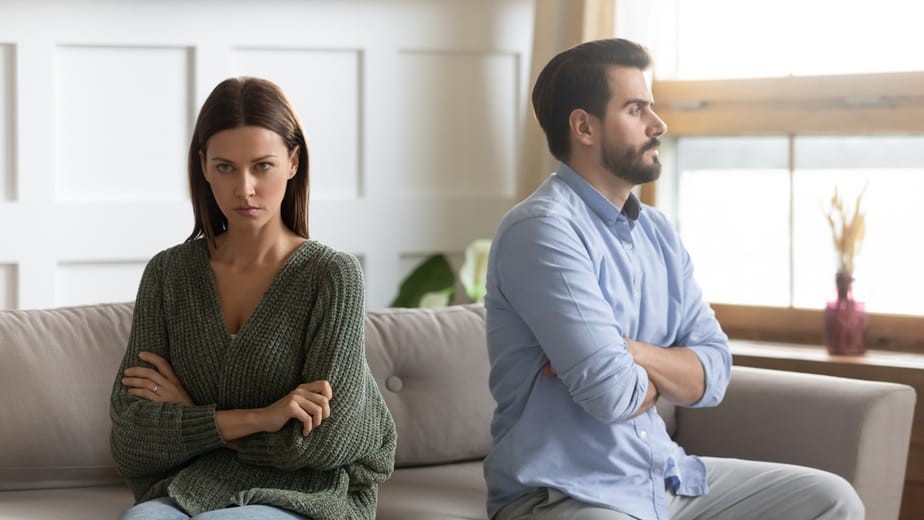 “Do you love me?” is a question insecure women need to ask all the time because when a guy tells them he loves them, or that they are beautiful, they simply can’t get themselves to believe him.

This is because they don’t think they are beautiful and worthy of love. 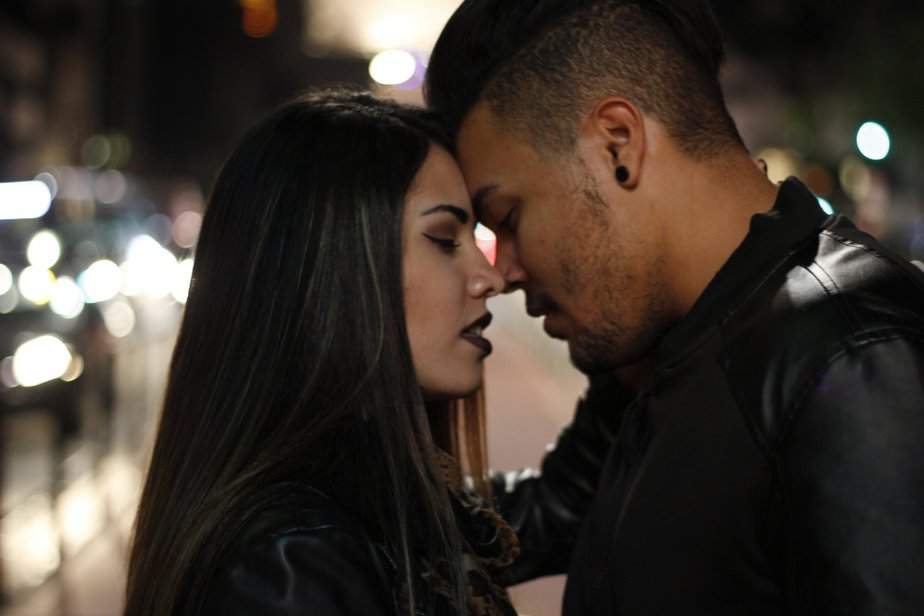 She needs to be with the guy she’s with all the time and doesn’t want that independence that confident people like to have when they are in a relationship.

She feels incomplete, so she completes herself with her boyfriend by becoming “we” instead of “I”.

6. She copies the man she’s with 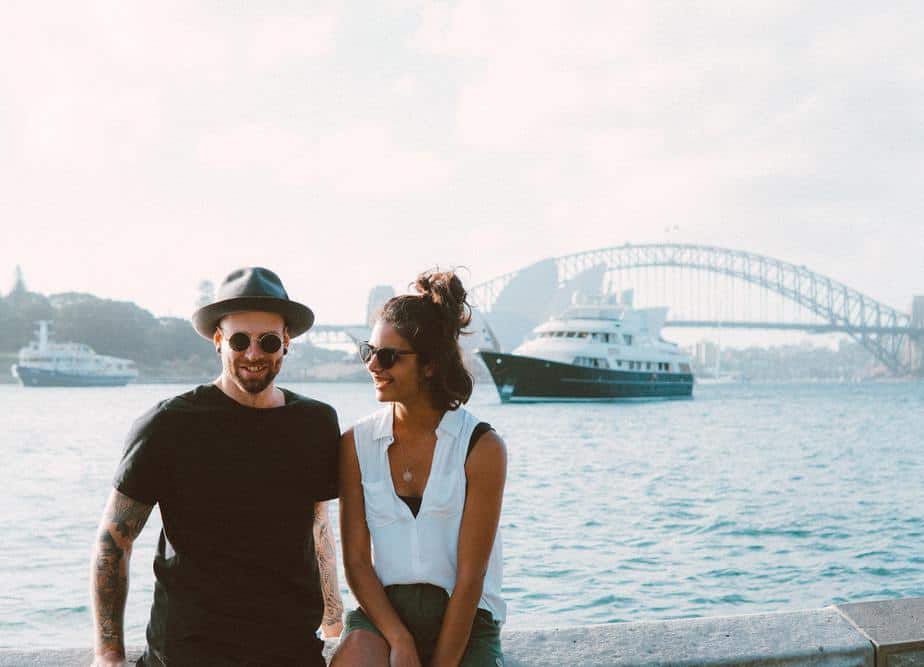 You probably know those girls who become the person they are with.

They adopt his behavior and interests as if they are her own. It sometimes even looks silly how she imitates him and doesn’t notice she is not herself.

7. She is afraid of criticism 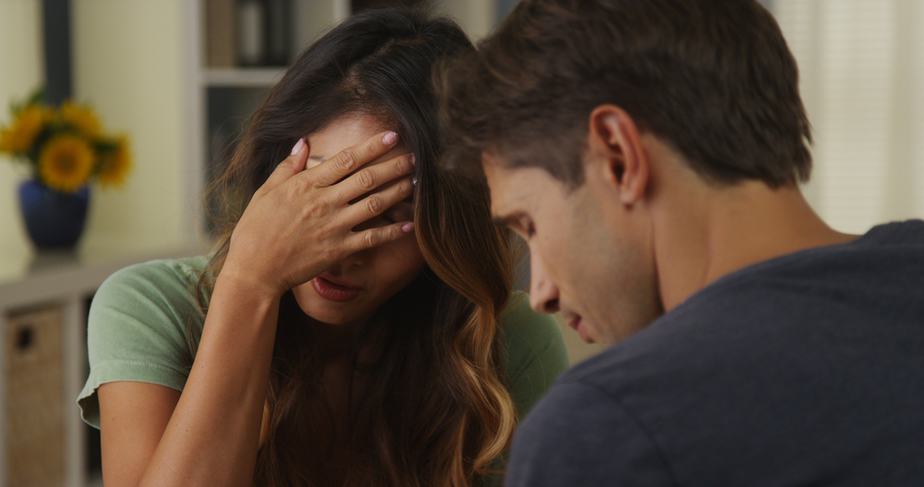 Never tell a girl who thinks she’s not pretty that she looks tired, or that that dress makes her look fat.

Pretty much any type of criticism can be devastating to the insecure women.

8. She apologizes all the time 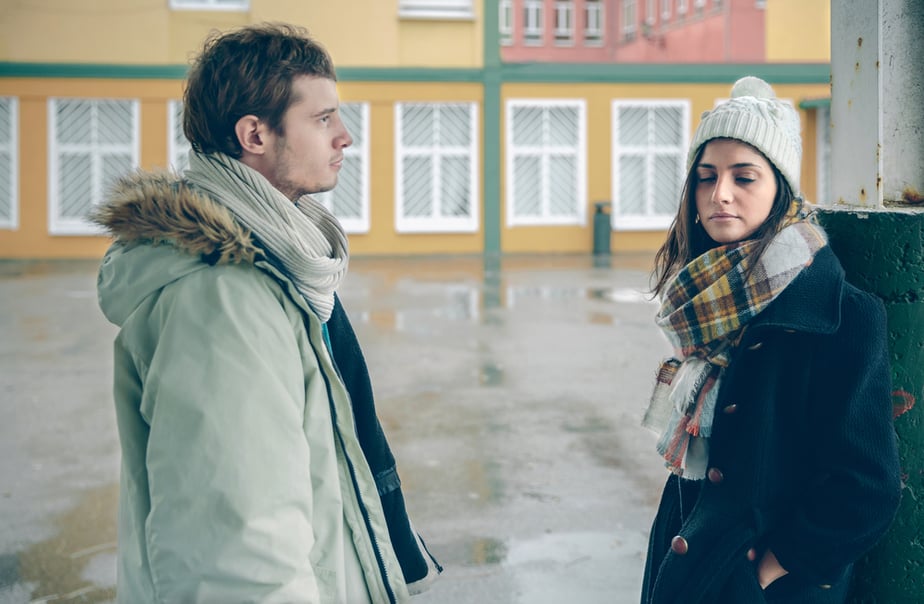 Due to her lack of confidence, when dating an insecure woman, you will hear, “I’m sorry” a lot.

She will often apologize because she thinks she’s wrong all the time, and she is really apologizing for being who she is.

9. She has trust issues 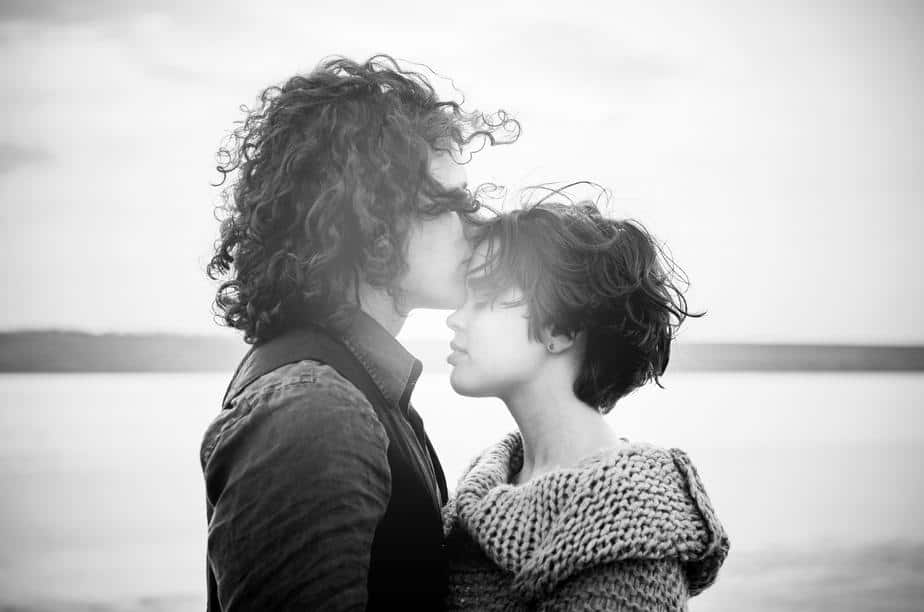 One of the signs of insecurity in a woman is huge trust issues.

Why are women so insecure is often because of a bad experience from their past, where their trust was broken.

But even if it wasn’t, she is so sure that it will happen because she doesn’t think she deserves anything better than that.

10. She has low self-esteem 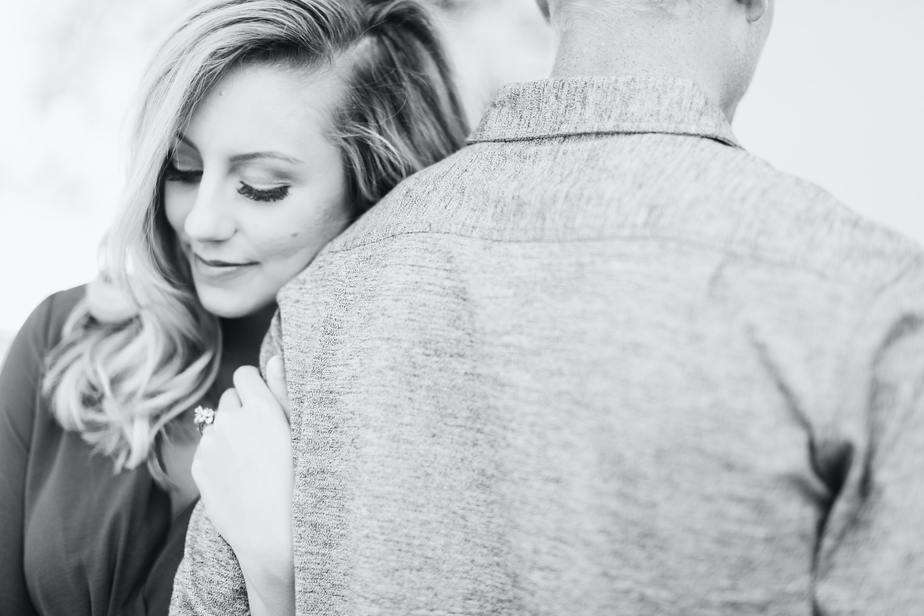 Of course, it implies that being insecure actually hides low self-esteem, but not successfully.

You don’t want to become an insecure wife once you finally find The One, don’t you?

This is why you have to find a man who will understand your problem and help you work on your self-esteem. 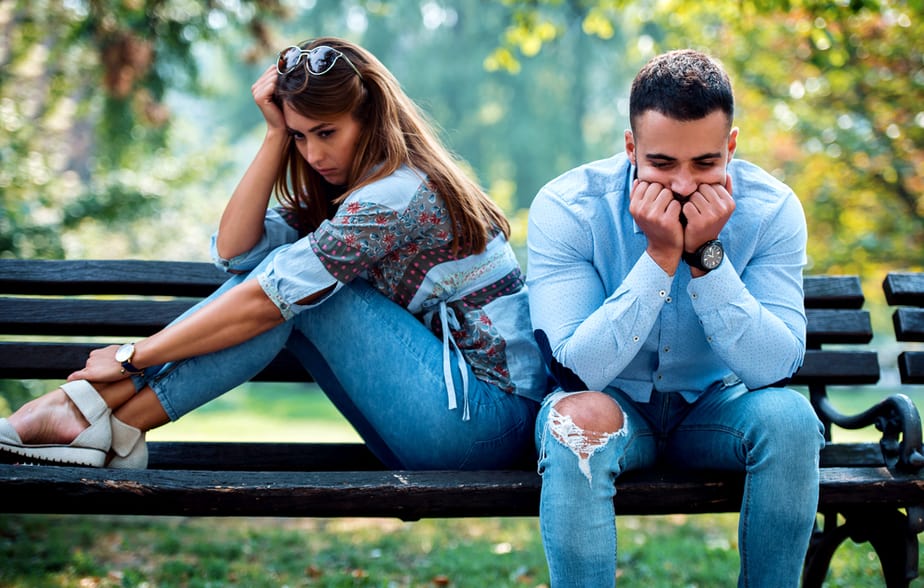 She will take everything as a personal attack, and this can cause problems in a relationship.

She is expecting people to attack her, so she is extremely defensive. 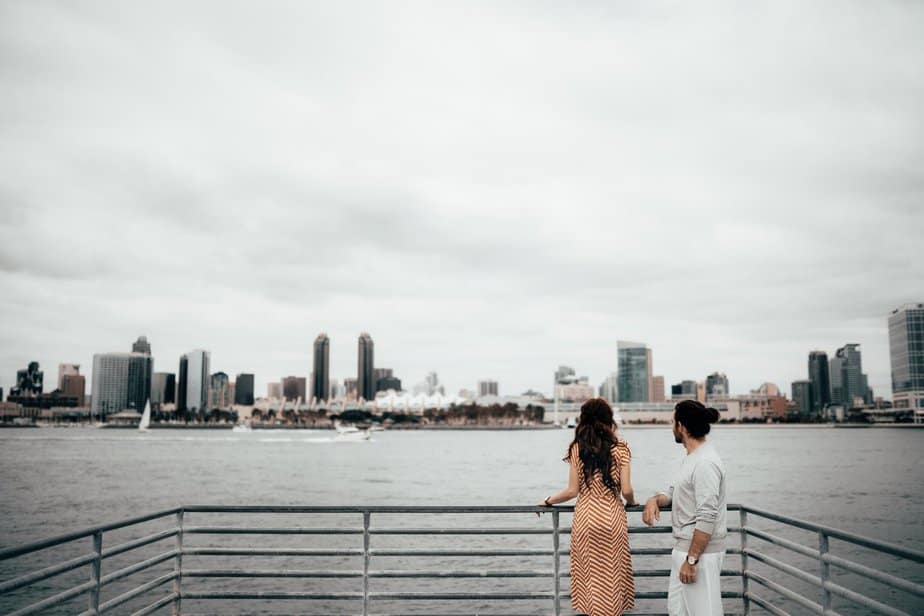 Never make someone who thinks he’s worse than everyone else compete with others.

If two girls are after the same guy and one of them is insecure, she will most likely give up on that race.

13. She doesn’t know how to stand up for herself 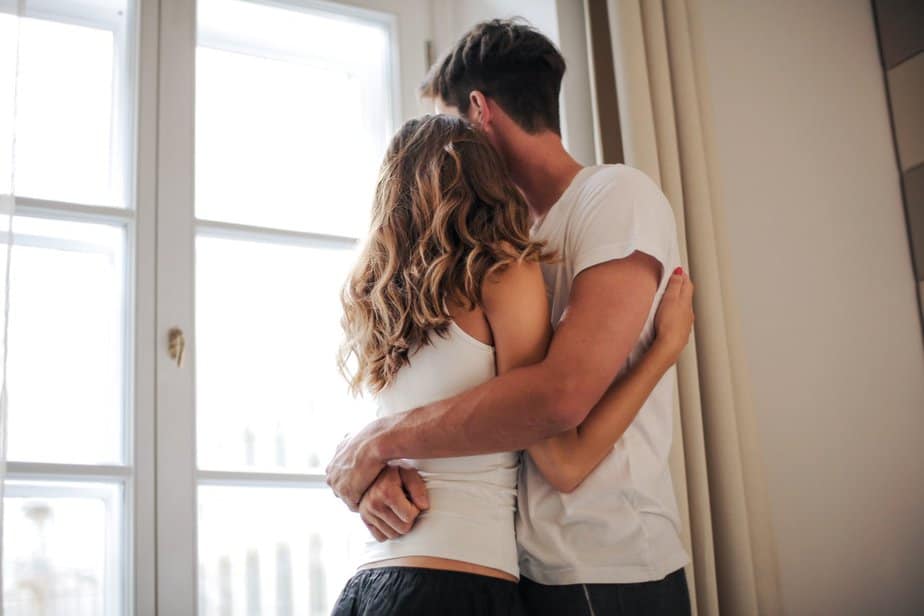 She doesn’t know how to fight and will most of the time end up apologizing for who she is.

Singer and actress Mary J. Blige once said: “It is the society that dictates what kind of hair you should have, how many pounds, what type of body you should have, and it’s what influences most of us to feel insecure and dissatisfied.

But at some point you have to ask yourself: are these ideals realistic and how many people look like that?

Also, ask yourself, who are you getting yourself dressed up for, who are you working for? For the society or for yourself?

That is why it is important that you always please yourself first. Your needs, your ideals, your dreams. And in order to be the best version of yourself.” 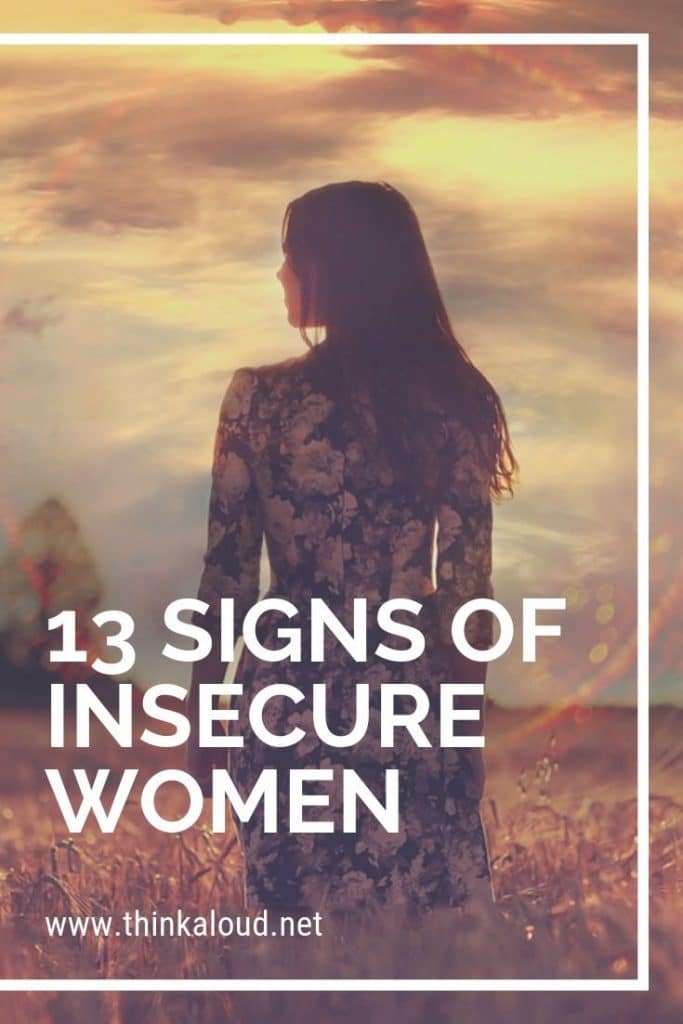