Love, even if it is unexpressed, will find its way to the surface.

When a man isn’t interested in you, he will show no desire toward you, he will not call you, and after just one date, he will disappear. Simple as that.

Sometimes one date is enough for a man to know whether or not he will invest his time and move mountains for you.

Most of us go on a date because we want to find that one true love.

If you are a woman who recently started dating someone, you must be eager to know how he is feeling, because no one wants to waste their time or strength on someone who is not worth fighting for.

You can pick up on some of the cues by physically looking at him.

He is looking straight into your eyes, he is truly listening to you, he is spending his time with you rather than with his friends.

Hey, maybe he’s one of those men who realized that it is easier to say all those things rather than let a girl figure them out by herself.

When a man loves a woman, there is no distance that he will not travel to get to her.

Yes, those cheesy lines that you might have seen in movies may be true and applicable to some situations but if he’s not interested in you, even if you’re his neighbor, he will not pay attention to you.

Men want to be initiators. It is part of their human nature.

And women love that. He loves to take the challenge, and sweep you right off your feet into his arms.

This sounds like something from a movie, but hey, some movies are inspired by true events.

Men like to be challenged. Trust me, when he sees something that he likes, he will go through hell to get it.

There is also the other side of the coin.

If you like a man and he doesn’t put the effort in to get to know you and your interests, then let’s face it, he isn’t interested in you.

A man could make up countless reasons as to why not to spend time with you and he will eventually stop chasing you.

He will say anything, lie numerous times or beat around the bush so as not to hurt your feelings.

Maybe you’ll hear excuses like: “I’ve got so much work to do,” or, “I have other things to take care of first.” All these are red flags and you should be careful.

A woman should be graceful, confident in herself, know her real value and stop wasting her precious time on a man who acts like a young boy who only wants to chase other girls.

Maybe the concept of a woman letting a man sweep her off her feet sounds old-fashioned but consider this:

A real man will reveal himself immediately. His actions will speak louder than words.

The way he talks, courts you and tries to impress you are great indicators of what his intentions are.

If he loves you, he will try to make you fall in love with him every day. A man who loves you will motivate you to be a better person, day in, day out.

Your flaws will be embraced and not ridiculed or seen as something terrible.

A man who loves you will accept your imperfections.

Men who are immature will not accept them and will turn them against you at some point, like a boy would do in high school.

A man who loves you will respect you no matter what. You will thrive on each other’s presence because you want to succeed together and be happy.

There is a huge difference between a ‘man’ and a man. A real man will never play with a woman’s feelings like a toy.

He will cherish those times when you open up to him and will protect you rather than hurt you.

We live in a fast-paced world. Despite that, everyone can make time for someone they love.

If he loves you, he will make time no matter what, even if there is an important game on TV.

When a man loves a woman, he will never say, “Wait a second, let me check my schedule.”

You should settle for a man who shows you constantly that he cares about you, not a man whose actions will make you question your decision to be with him or if he sees you as a priority.

You are and should be his priority.

Let me tell you something. You don’t deserve to be someone’s ‘toy’, so he can call you or play with you only when he is bored. NO.

You deserve better than that.

You deserve that pure love. The kind of love that takes your breath away. Love that frees you of the decision to have to be with someone else ever again.

If a man loves you, his actions will boost your self-esteem and you will feel like more than just a ‘normal person’ or just a person he spends time with when it’s convenient for him.

Being alone may be difficult but would you rather be with someone who is not interested or shows no interest in you?

Being in such a relationship will only be painful for you.

Time will pass. Wounds will heal. While waiting for the right one to come, concentrate on yourself, and discover your inner beauty.

First, you need to love yourself, and then others will come.

My best advice for you is to meet new people with an open mind and an empty, clean past.

A man will love you; it’s now up to you to prepare for the love that will be given to you. 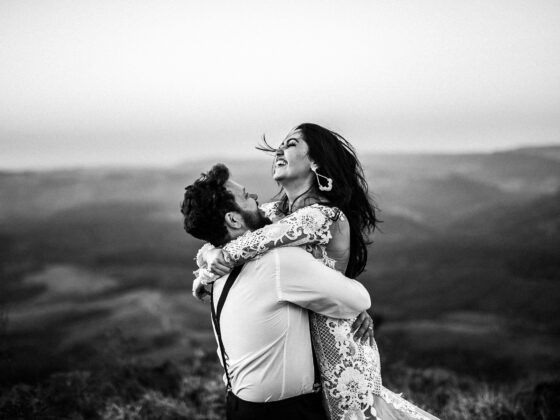 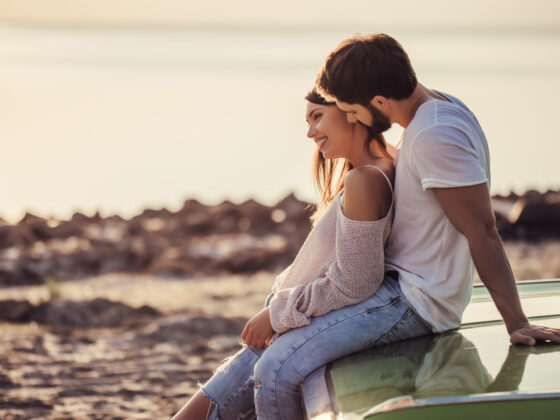 She Isn’t Needy, She Is Just Madly In Love With You