Skip to Content
Getting through a breakup can be tough for both women and men, but women are often more honest about how they feel during this time. Maybe you have been torturing yourself with the question does he miss me ? Let me tell you, there are clear signs he misses you that will reassure you that he regrets breaking up and wants you back.

Breakups aren’t an easy thing to go through, and the signs that he wishes to make things right can’t be that well hidden. Your ex might be actually trying to tell you that he misses you like crazy, and you just need to read between the lines.

The truth is, it is very much likely that he is missing you and does all the things he can to hide that fact so he could seem brave and like he isn’t hurting as much as he is.

Hey, you are doing the same thing, after all. But as I said, it is not easy to hide things that involve strong emotions, and if he is still very much in love with you, his actions will show that if you just notice these signs he misses you.

He might be finding excuses to call or see you, or is trying to make you jealous to hide his own jealousy. Maybe he is clearly depressed, or he is hiding it by looking the best he can. If he misses you, he will try to run into you every chance he has and will like to hang out at places you used to go to together.

He will constantly call and text you, especially when he is drunk. You might even notice that his social media network profile is covered with secret messages to you like your favorite songs and quotes that relate to your current situation. And be sure he will be stalking your profile.

Contents show
If you have been wondering “Does he miss me” check out these signs he misses you:
1. He shows up at places you used to go to
2. He finds excuses to call you
3. He is active on your profiles
4. He calls you when he’s drunk
5. He still hasn’t started dating again
6. He likes to remember the moments you had together
7. He comes up with excuses to see you
8. He is trying to make you jealous
9. He is posting messages to you
10. He is running into you
11. He is jealous of the people in your life
12. He doesn’t make you wait for his response
13. He doesn’t want to return your stuff
14. He is depressed
15. He is asking your friends about you
16. He has changed
17. He is sharing his feelings with you
18. He is apologizing
19. He wants to be friends
20. He gives you gifts

If you have been wondering “Does he miss me” check out these signs he misses you:

1. He shows up at places you used to go to 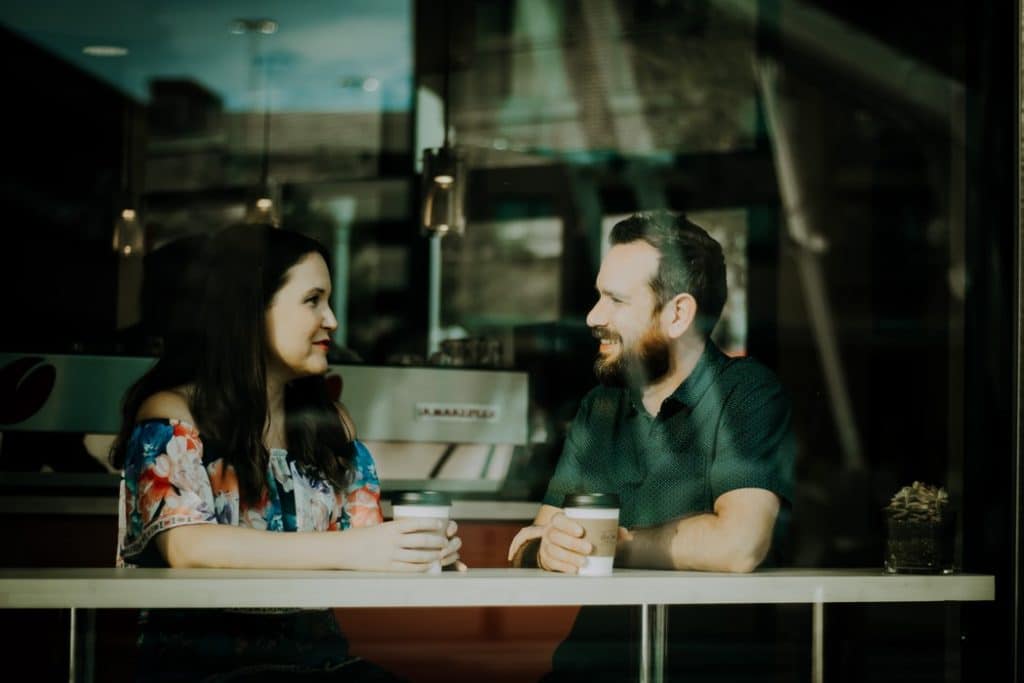 If he likes hanging out at the coffee shop you used to go to or likes sitting on a bench where you used to sit together, you don’t have to ask yourself “does he miss me” anymore, because this is how to tell if a guy misses you.

2. He finds excuses to call you

When a guy starts to miss you, he will want to call you just to hear your voice, so he will make up all kinds of crazy excuses to justify calling you.

3. He is active on your profiles

If he keeps liking and commenting on your posts that could be his way of trying to get your attention and show you he still wants to be a part of life and know what’s going on.

4. He calls you when he’s drunk

In vino veritas or in English – in wine there is truth. Maybe he doesn’t dare to tell you that when he is sober but the answer to your question “Does he miss me?” is yes, and after a few drinks, he will probably answer you that himself.

Nothing is stopping your ex from dating again except for the fact he still misses you. Leave him alone he’ll come back soon if it has already been some time and he hasn’t found someone new.

6. He likes to remember the moments you had together 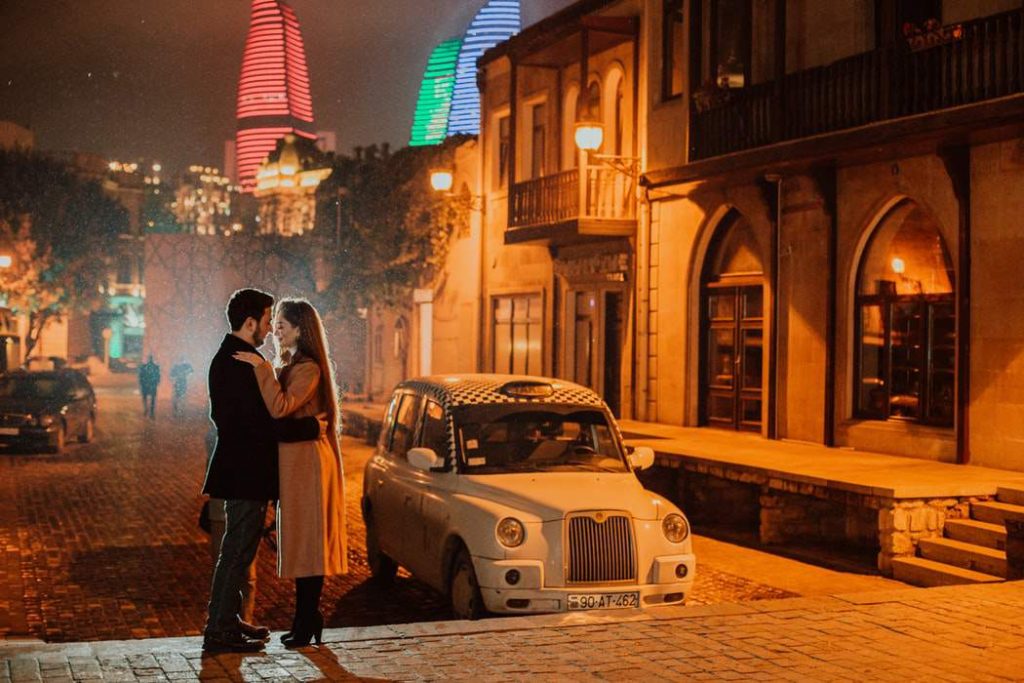 If he likes thinking about your past together and remembering all the great moments you had, this is how to know if he misses you.

My ex used to talk all the time about what we have been through and say inside jokes only we understood, so I got to courage to ask him does he miss me. And the answer won’t surprise you, he did.

7. He comes up with excuses to see you

When a guy misses you, he will try his best to see you any chance he has. He misses having you around and seeing your face.

8. He is trying to make you jealous 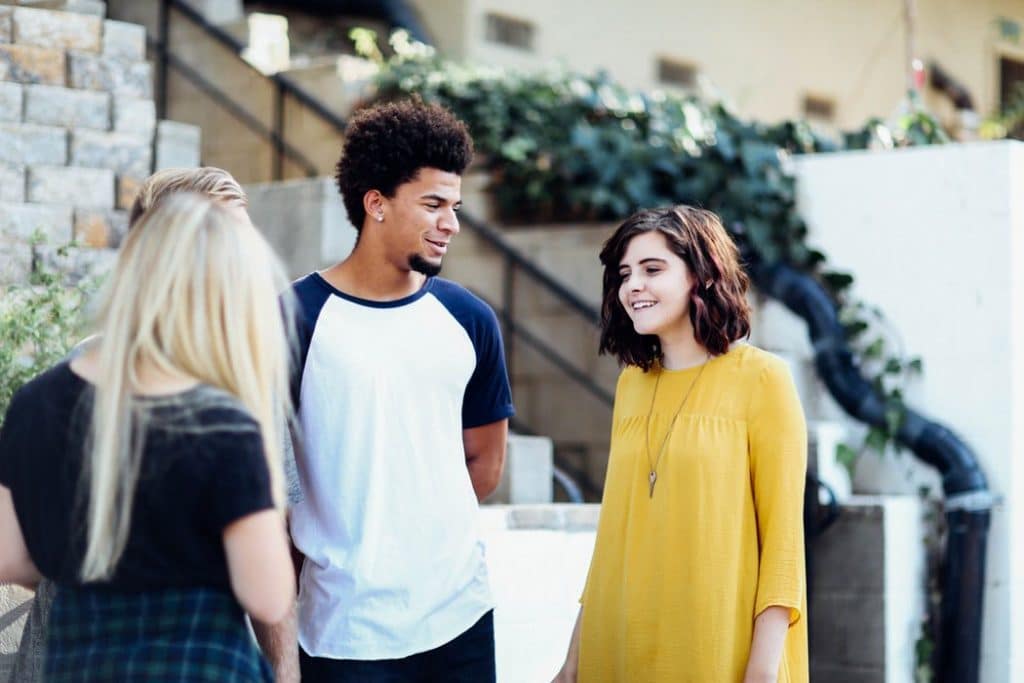 If he is parading with his new girlfriends or posts pictures of him with girls having fun in a bar…trust me, it’s all just a method to get you to feel jealous because he actually misses you.

9. He is posting messages to you

If his profile is suddenly full of songs you used to have or status updates that are actually directed to you, this is a clear sign he misses you like crazy.

Maybe the fact that you are running into him all the time is not that coincidental. He could be actually purposely trying to get in your way so you would notice him again.

11. He is jealous of the people in your life

Since he wants to be a part of life and is not anymore, he will feel jealous of anyone who is, especially if they are male and could be considered a threat to him because they might just be his replacement.

12. He doesn’t make you wait for his response

When you message him first, it seems like he has been sitting next to the phone waiting for a text from you. That is because maybe he actually was.

13. He doesn’t want to return your stuff

Perhaps he even smells your sweater when he is alone and wants to remember you sent. He could be sleeping with a toy you gave him for Valentine’s day. 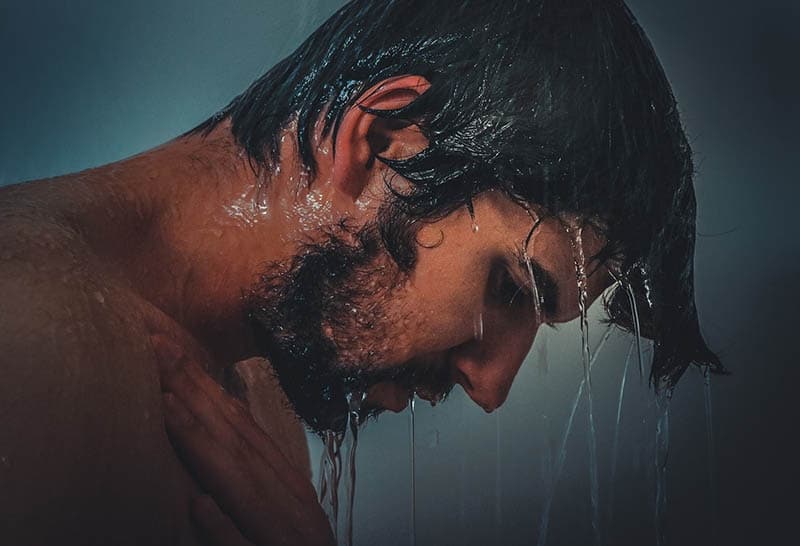 If you notice he is always in a bad mood, this is probably because he misses you, and that makes him sad.

15. He is asking your friends about you

Since he misses being a part of your life, he will ask the people who are still seeing you about your whereabouts. He will want to know what you are doing, but most importantly, are you seeing someone new so he will ask your friends about it.

He wants to prove to you that things can be different and that he can change. This is his way of trying to get you to give him another chance.

17. He is sharing his feelings with you

He might not tell you directly that he misses you, but he will say a lot of things that indicate that, like opening up about his most intimate thoughts. 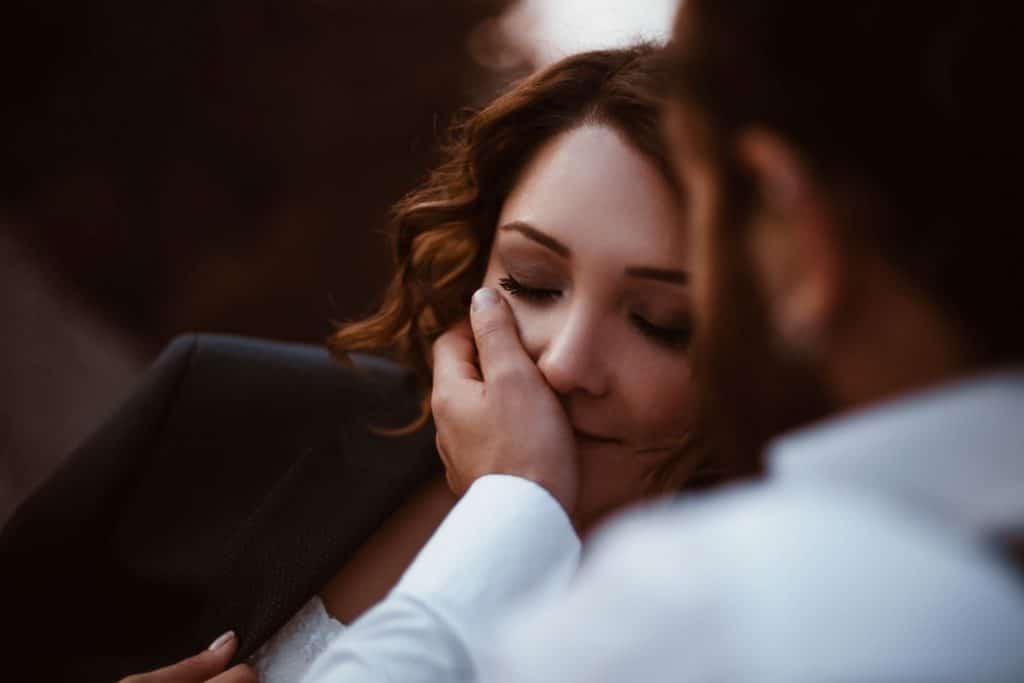 Maybe he feels guilty about breaking up with you and wants to admit that it was his fault. Or he just wants you to take him back by apologizing for everything he might have done to get you to leave him.

If it’s not just the old “let’s stay friends” phrase and he is actually trying to be your friend, it might be because he is secretly still in love with you and just wants to be around you. If he didn’t care for you, why would he want to stay a part of your life?

He still doesn’t forget about your birthday and gives you gifts for holidays or just because. This gift is physical proof of how much he is missing you. 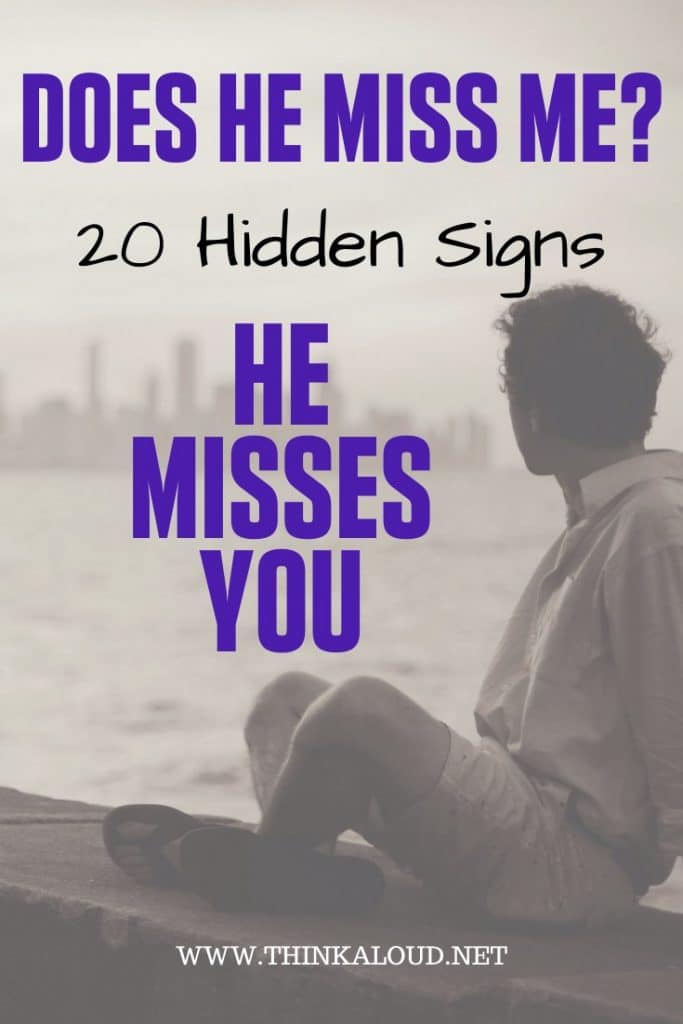