They say everything happens for a reason.

They say that who’s meant to stay, will stay.

How many times did people remind me of this? It was like a broken record, repeating itself over and over again.

I never believed anyone who said anything remotely similar to this. I would run away from their pleading eyes and shut down my walls.

“Stop saying he’ll come back if it’s meant to be!” I was always yelling at someone.

My friends. My family. Everyone was adamant in proving to me that if he was the one, he’d come back.

Imagine how bad of a breakup we went through. My heart was shattered and my eyes burned with unshed tears.

The moment he went through that door, my heart left with him. He took everything he could and left me to fight the world on my own.

I surprised myself with how normal I would act around people. I went to work like nothing was wrong.

You couldn’t see the pain on my face unless you spent enough time analyzing my expressions. I could see it every single time I looked in the mirror.

I saw how my heart would shatter whenever I’d look at myself and not see him next to me.

His sweater was still in the back of my closet. It was buried somewhere between all of my clothes, but it was still there.

Its existence gave me a lot of security. I thought that he would want it back one day, so he would contact me. He would come back for the sweater at least.

After a while, his smell started to disappear from the apartment we had shared beforehand.

For some reason, this was what broke my heart the most, because I wanted the smell to last.

I even considered buying the cologne he used when we were together, so I could at least have some reminder of the time we spent together.

I was stronger than that of course, and I was extremely proud of myself, even though my chest burned with the need to feel his presence.

Even if it was just in the form of his scent.

The day I fell in love with him was the day he ruined me for anyone else.

He was understanding, loving, caring. His affection could be felt with every action and it was obvious even to the people around us.

Everyone knew he loved me too.

So when I tried to fall in love again, I would compare them to him. Big mistake, because no one was like him, no one could be compared to him. Ever.

My relationships didn’t last long. I was always waiting for him, even if I wasn’t aware of it. I only wanted him next to me.

What he didn’t know was that I prayed for his return but I didn’t think that he’d take me back if I was the first one to reach out.

I prayed. He didn’t know how much I wanted him to come back and ask me to try one more time.

There were so many things I didn’t get the chance to tell him. I wanted to tell him how scared I had been of losing him.

I wanted to show him how much more capable I am of loving him.

Anyone who paid close attention to me could see how much I still loved him.

After some time, I stopped believing that he would come back. I never stopped praying for it to happen, but my faith wavered.

I knew this when a tap on my shoulder almost took my breath away in the middle of a crowded cafe.

You know how they say when you meet your soulmate, you can hear bells ringing?

Well, this wasn’t my first time meeting him, but it was the first time I had seen him for a long while.

Time stopped and I swear I could hear bells ringing. I could feel my feet falter and my heart skip a beat.

The first thing that popped into my head was, ‘Was he always this beautiful?’

He said he had seen me and just wanted to say hi, but we ended up finding a booth together and we stayed there for hours.

I can’t remember the last time I was that conscious of how I looked.

I wanted him to think I was more beautiful than before, but it didn’t seem like he cared how I looked as much as he listened to and hung onto every word I said.

We parted ways that day with a promise of seeing each other again soon.

“You still have the same phone number?” he asked and my heart skipped a beat for the millionth time.

I tried to collect myself on my way home. I tried to gather my thoughts and realize that my prayers had actually been heard.

Skeptics told me that I shouldn’t give it a second chance, that love doesn’t work like that.

I knew my heart could never belong to anyone else but him. It has always been him.

We were getting to know each other all over again. We were like strangers who had shared a past together.

I told him about his sweater and he told me how he wanted me to keep it.

There and then, he told me that he couldn’t stop thinking about me either.

He had been scared to ask for a second chance, because he didn’t know if I would take him back.

HE WAS SCARED OF HOW STRONG HIS FEELINGS FOR ME WERE.

I had been scared that he didn’t love me at all.

We laughed at how silly we were and went home that night, embraced in each other’s arms.

My story is nothing more than a gentle reminder that a person will come back if they’re meant to be in your life.

You will find the one.

At times when you question your relationship, at times when you think that you two won’t ever again find your way back to each other, know that there is someone who hears your prayers.

There will be times when you will question his love for you, but if it’s meant to be, you two will be together.

There is nothing that can keep you apart if a higher power has bound your souls together. 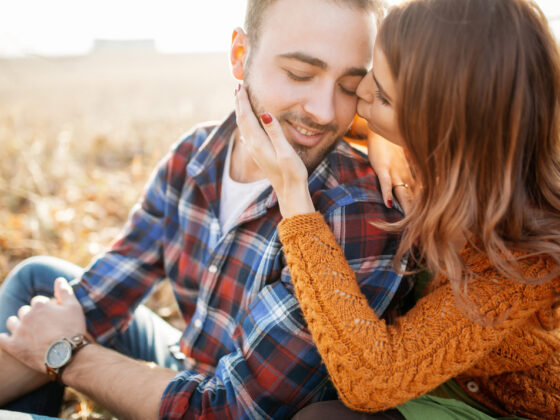 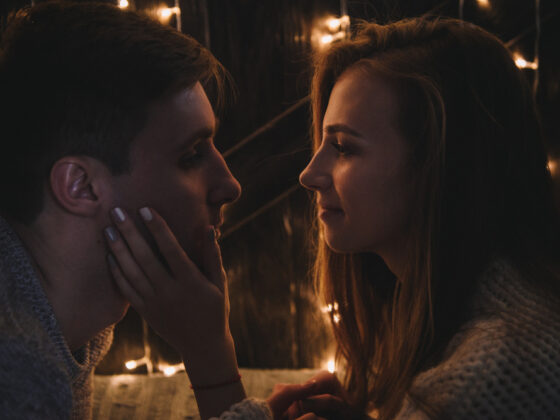 17 Signs He Has A Secret Crush On You