Maybe you didn’t love each other enough, there was infidelity involved, or you simply weren’t ready for a serious commitment at the time. Whatever was the reason, you have broken up, and he seems to have moved on with his life. Sometimes an ex will come back, but other times what’s done is done, and there are clear signs he will never come back.

Sometimes you will consider going back to him and wish things would be as they were before. In these moments, everything that was wrong with your relationship and caused you to break up in the first place is put aside because your rationality is slowly cawing because your heart just wants to love again.

But you have to ask yourself – has he changed? Could things really be better? Would he appreciate you this time around? I am sure you know the answer to these questions.

Always remember that there is a reason you broke up and if things couldn’t work out the first time around and there are clear signs he’s over you, it’s time to leave the past where it belongs – behind you.

Keep in mind all the things that bothered you while you were with him. Surely there are things that you just couldn’t get over and trust me, they haven’t changed. Are you really ready to listen to the lies and fake promises again? Do you really think he will suddenly become better at communicating? Some bridges are supposed to burn, and it is the best option for both of you.

Sometimes, however, there could be signs he wants to get back together, and there is a chance that he will work harder to keep you around. But if there are signs your ex will never come back, let him go, because if he doesn’t want to change, he definitely never will.

Returning your stuff, stoping all contact with you, looking away, and having a new woman in his life are all signs he will never come back because they show that he no longer believes in having a future with you, and your relationship is over. So if he moved on, why don’t you?

If you are desperately looking for subtle signs he wants you back, you are just torturing yourself with the past and not allowing yourself to move on in the present and create a better future.

Even if he did move on if you want to see signs he regrets letting you go, you will find a way to notice them, because he surely is partly regretting that your relationship is over.

But everyone will be sorry they invested so much time and energy into something that didn’t work out and has ended in separation.

And if he loved you, he will think about getting back together from time to time and show signs he regrets breaking up with you. But sometimes things that fell apart just can’t get fixed anymore.

Use the fact that he has moved on to move on as well. Don’t fool yourself that there are signs he wants you back but won’t admit it because no matter how true that is, if he doesn’t want to change and fight for you, he didn’t deserve you in the first place.

Even though men will often come back, sometimes that isn’t the option anymore, and he has decided to continue his life without you. Maybe he is actually doing you a favor. Don’t chase after him, women shouldn’t chase men, especially if it’s the question of exes, it should be other way around.

Here are some signs he will never come back:

1. He found someone new

Finding out that he has already found someone new to love can be a huge hit to your ego, especially if it happened soon after you have broken up.

Even if he still has some feelings towards you, those feelings are not the same, and it’s not the love you used to have. All that’s left of that love is a shared past.

Let me tell you something from personal experience. My ex left me for another woman, and I was devasted. We were on and off before that, and no matter how bad things got, we would always come back to one another.

When another woman interfered, and he started a relationship with her, it was one of the clear signs he will never come back again.

It was a heartbreaking moment for me because until then, there was always that hope that we will continue to get back to each other because we have a special bond that just can’t be broken.

Only when he finally started a relationship with someone else, we finally stopped that crazy on and off relationship. And let me tell you something, looking at what happened from this perspective, I am honestly grateful to that girl. Thanks to her, I am now happily married to the man I love.

If she didn’t appear in my exes life, we would probably still be in an on and off relationship until it completely drains us. This way, I got the chance to find the love of my life, and the same thing will happen to you, so don’t be angry with his new girlfriend. Thank her, because she is actually doing you a favor.

2. He returned your stuff

People who want to get back together will avoid returning their partners’ stuff. They will even use it to talk again with the person they broke up with. But if he had no doubts about returning your stuff and has cleared his place of any reminder you were ever there, it is a clear sign that he no longer sees a future with you, and there is no going back. He also has no doubts about letting you know that.

One of the signs he wants you back but won’t admit it is if he is holding on to your things and avoids returning them. He will maybe even return them part by part because it is the only thing that is still connecting you, and he wants to use it to see you and talk.

But if he simply returned your stuff with no emotions and no discussion, and it was the only time you talked after a breakup, he is determined to move on and wants to let you know that you will not be coming back to his place ever again.

You might be tempted to say something like “keep it” or “throw it away if you don’t want to have it anymore,” but this is just unnecessary drama that will only show your weakness towards him.

If he wants to go, let him go, and even help him pack and hold the door for him. You don’t need in your life someone who doesn’t want to be a part of it.

3. He is not contacting you

Subtle signs he wants you back are those phone calls and messages you exchange, which still keep a connection between you too. But when those stop, and he makes it obvious he doesn’t want to have any contact with you anymore, he has decided to move on, and you should let him. Don’t humiliate yourself by calling him if he doesn’t want to talk to you.

A man who doesn’t want to have anything with you anymore will avoid having eye contact with you. When he sees you on the street, he will look away. He is ashamed of how things ended and doesn’t want you to try to fix it.

5. He says he doesn’t love you anymore

There couldn’t be more apparent signs he will never come back but him saying those exact words. If he tells you he doesn’t love you, maybe he is lying, but believe him and don’t let him hurt you again.

6. He avoids seeing you

If returning your stuff is the only time he wanted to see you and otherwise is avoiding to go to places he knows he could find you at, make peace with the fact that your relationship is over.

7. He is getting married

Having to deal with him being with someone else is tough enough, but if he is getting married to that person, it is over between you two, and you should stay calm and respect his choice.

8. He is avoiding people who know you

9. He is not jealous

Every man who wants to get back with his ex will show he’s jealous if she is seeing someone new. If he is not, he just doesn’t care anymore.

If he wants to get back together, he will show it and work on it. If he is not trying to win you back, it is because he doesn’t want you back. 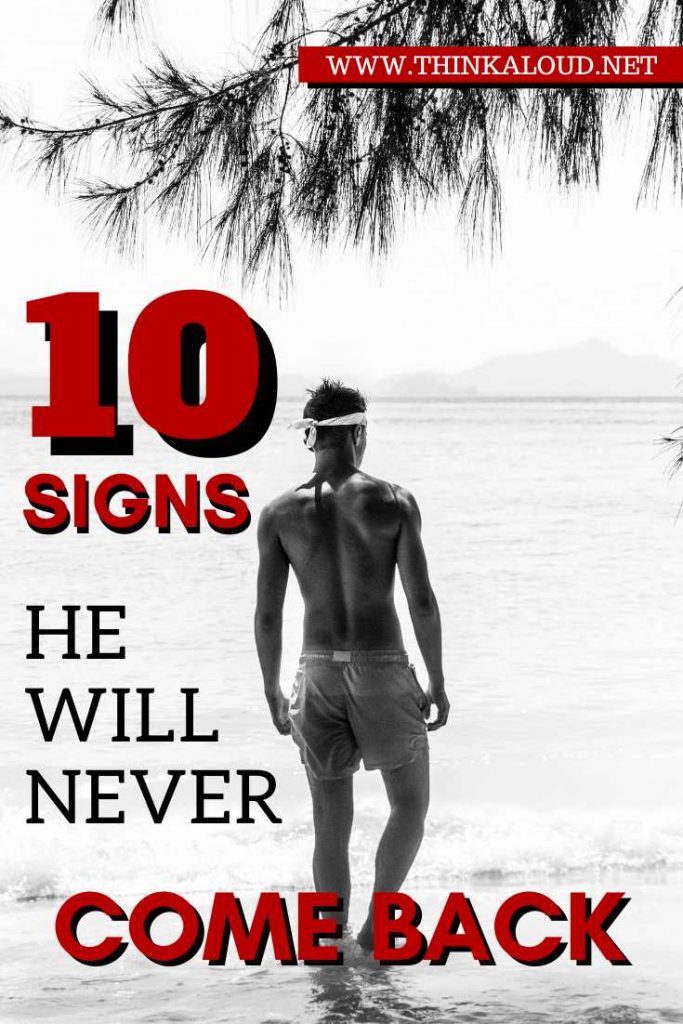 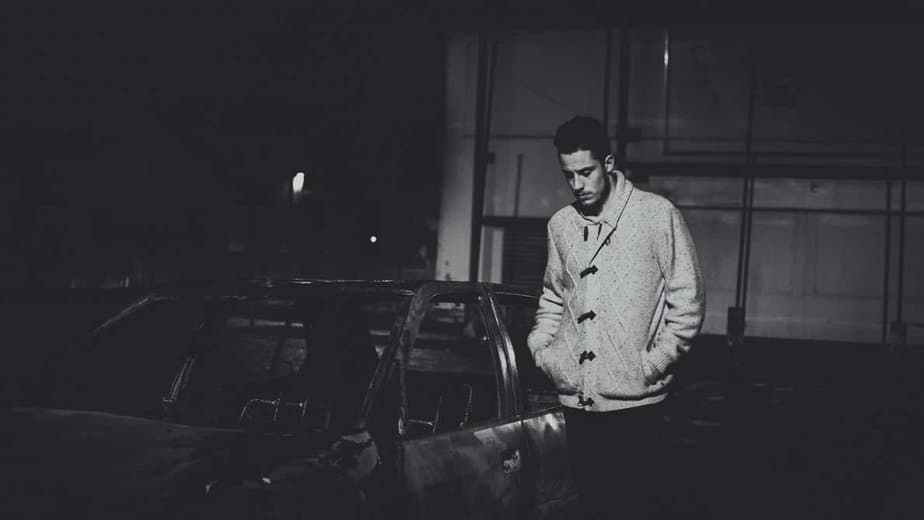 Does He Miss Me? 20 Hidden Signs He Misses You 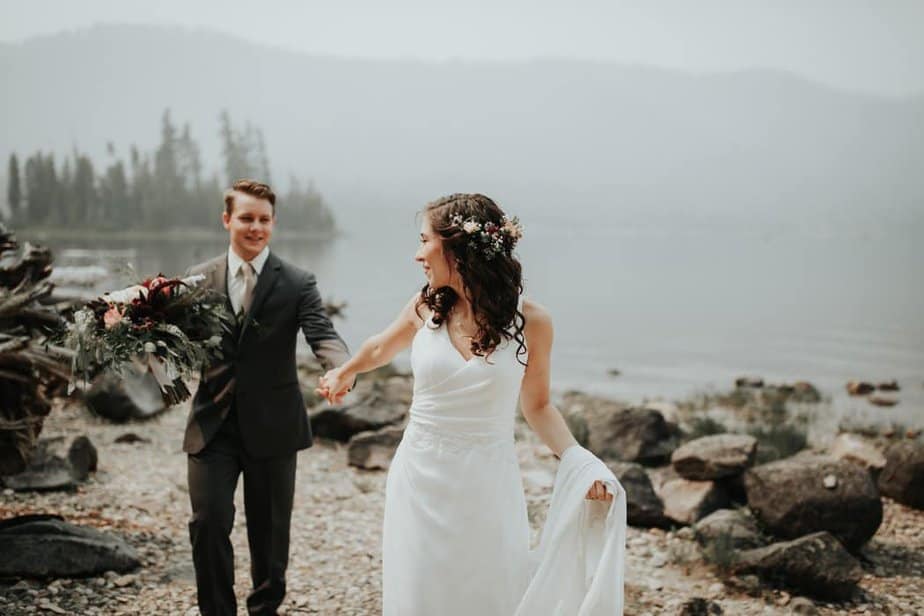 Where Does The Wife Led Marriage Lead?