This world is filled with people who have different characters, thank goodness, and as such, I believe that there are different types of women as well.

The sad truth is that those women who are easy to love maybe don’t deserve to be loved or don’t appreciate the love that is given to them.

Instead of enjoying the love that they receive from their partner, they reject it and realize that they were being loved only once it is too late.

On the other hand, the type of woman who is waiting to give her soul and body to the right one is often left out and most of the time, she is left heartbroken.

Be prepared for what I’m about to say, that everyone will be heartbroken at least once in their lifetime.

No matter what type of woman you are, there is always the right one and the wrong one.

There could be several reasons why you might think that you are hard to love.

Maybe he doesn’t fulfill your needs, or maybe he is not ready to love you with the same intensity.

Maybe he got scared when things got a bit serious, which is what most men tend to do.

Men are not that hard to get; they are pretty simple actually.

Give them space and give them the opportunity to prove themselves and the right one will seize it.

However, finding the right one is a difficult task.

So many times we tell ourselves that maybe he will change, maybe he will do this or that, but we don’t accept the simple truth that he is not for us.

Instead of accepting the truth, you are stuck with the thoughts that you are hard to love, that you are needy, clingy, too much, too weak, etc.

Let me tell you something right away. You’re not hard to love, you’re just with the wrong person and here’s how I will prove it.

Have there been situations where you went to great lengths just to see your partner and spend time with him?

Times when you canceled coffee with your friends just to see him for a couple of minutes?

You thought by doing that, your relationship would only get better but what did you get in return?

When you feel unappreciated the majority of the time, that’s a sign that he’s not the one.

He doesn’t reciprocate with the same intensity, he doesn’t show how valuable you truly are.

He won’t go through thick and thin just to touch and kiss you. He’s the wrong one, honey.

Another dead giveaway is when he expects you to go with him to, let’s say, a baseball game or out with his friends, but he doesn’t like doing things that would get him out of his comfort zone.

Your feelings are not important to him

Picture this. You get home and you are exhausted.

The dishes are dirty, there are clothes lying everywhere in the house and he sits there watching a game or playing video games with his friends.

So, you take your time and in a calm manner, explain your feelings and what behavior you don’t tolerate, without blaming him or getting angry at him.

You believe that your partner understands your feelings and what kinds of things hurt you.

Next week, you come home and find him doing the same exact thing you were talking about the previous week. You gave him a chance to change and he didn’t.

He just ignores your feelings and carries on with his life as if nothing happened.

For a relationship to work, it takes a lot of effort.

If only one person pulls the strings and puts in the effort, it’s impossible to work out. It will break eventually, like a rope pulled tight.

If you are the one who needs to pick up his slack for the relationship to work out, then be prepared to walk away.

That’s not fair to you and by doing that, you will feel like a needy teenage girl or you will ask yourself if you are being too hard on him.

When you meet the right one, you won’t feel that way but rather like you’ve been together your whole life, complementing each other.

When two people are not on the same page, they start to argue. That’s a plain fact and not just in a love relationship.

When they have met the love of their life, most women tell me that it feels like a breath of fresh air.

That man fulfills their expectations and shares the same core values as them.

If you and your partner are on completely different pages, it will only create conflict between the two of you.

Many fights will happen and many issues will arise. It’s hard to accept it but it’s not meant to be.

His promises are worth nothing in the end

Most men tend to realize they’ve met a real woman only once it is too late.

Making a last effort to salvage things between the two of you is a sad move from him.

You have already thrown in the towel and that’s when he makes a last effort to save your relationship.

If he promises to change, if he says that he will clean up after himself and focus more on you and not his friends, darling, let me tell you that those words are his last attempts to salvage what is already broken.

Let’s take a step back and re-evaluate. If he isn’t paying attention to your needs or expectations, then he isn’t the one for you.

It’s hard to let go of all the memories you shared together but focus on what is waiting for you in the future.

There is a man for you who will love you the way you are, not more or less.

Remember there is no woman who is hard to love, there is only a man who doesn’t know how to love. 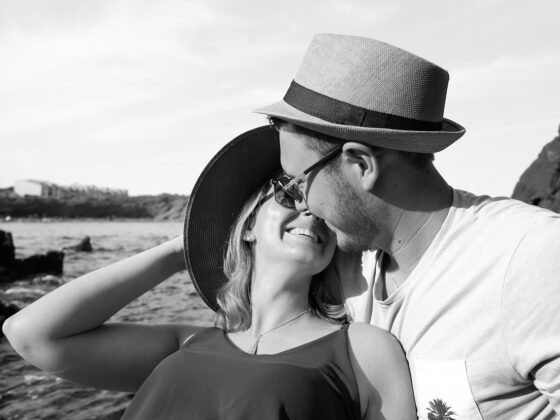 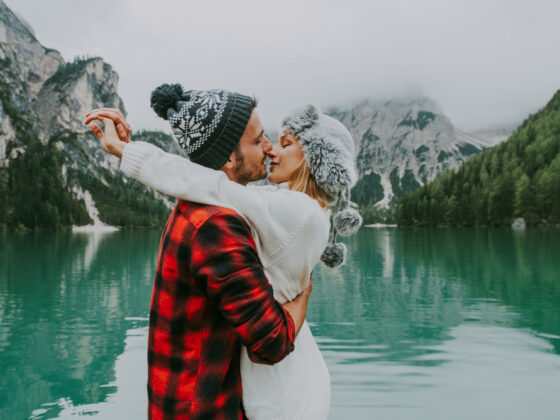 What The Wrong One Tried To Change, The Right One Will Love