We almost got to be togetherc. I always believed that we had something special. We’re not meant to be and yet I still believe it.

In a way, we had a relationship even though it wasn’t a real one.

As for a real one, we almost got to have it. When we didn’t, it broke my heart.

You just walked away from what we could have had, and never looked back. It felt like you broke up with me even though we weren’t in a relationship.

You sent me so many mixed signals for so long, and it felt like we had something real.

But those mixed signals confused me, and I stayed confused once you walked away.

Losing you felt terrible, but now that I think about it, it worked out for the best.

It’s good that I didn’t end up in a relationship with you because you never liked me as much as I liked you.

I was willing to do anything for you, and if you hadn’t taken advantage of that, you would have taken it for granted. You always made me feel like I was not enough.

I would always have to beg for crumbs of your affection and hope that you’d see my worth.

It’s good that I didn’t end up in a relationship with you, because I shouldn’t be with a person who is hesitant to be with me.

You were always hot and cold, and I want someone who is sure about me, who will never stop choosing me.

It was easy for you to choose between your single lifestyle and me, as you didn’t choose me in the end.

That’s a good thing because we would have broken up anyway. It’s good that I didn’t end up in a relationship with you because you aren’t boyfriend material.

Sure, it was fun flirting with you, texting you, and hanging out with you… But you were never there when I needed you.

You didn’t keep your promises, and you never made me a priority.

Being in a relationship with someone like that would only leave me with a broken heart. I deserve better.

It’s good that I didn’t end up in a relationship with you because it made me see how many other options I have.

It made me notice other people around me who like me much more than you did.

None of them would just walk away from what we could have if they got the chance to keep me.

However, none of them are you. None of them make me long for the time we used to spend together.

I even told you that I wanted you to stay a part of my life because living without you seemed impossible.

We used to talk for hours about all sorts of things and laugh together.

Whenever I think of those days, I want to call you again, but I know I can’t. I remember every second we shared together and hold those memories dear.

However, we’re not meant to be. I have to accept that. It will be impossible for me to ever forget you, and you will always be my favorite person.

After all, you’re the best thing I never had. You are my favorite person, but you are not the right person for me. I will have to accept that.

We weren’t meant to be together, and the universe has a better plan for me.

Maybe I am destined to be with someone I haven’t even met yet. I don’t know, but I do know my destiny is not with you.

You’re not the person I am going to have my happily ever after with. I will have to accept that no matter how heartbreaking it is.

We can’t see each other anymore because I have to get over you and I know that it won’t be easy.

But the truth is that it’s good that I didn’t end up in a relationship with you.

It’s good because I deserve better. I deserve a person who won’t disappear on me and send mixed signals.

That person won’t lead me on the way you did for so long. Instead, the person I deserve will fight for me, and I’ll be worth it to them.

They will always be honest with me, especially about their feelings.

You never truly admitted how you felt about me, and you tried hard to make it impossible for me to guess.

One day, you would act like you loved me, and the next, like you didn’t care at all.

Almost being in a relationship won’t be enough for the person I’ll be with. They’ll want the real thing.

For a long time, I would wonder why we couldn’t be together.

I was mad at you for not giving us a chance because I believed we could have had something special.

For a long time, I wished we had a relationship, but I realize now that it’s good that we didn’t.

You were meant to only be a chapter in my life that I’ll always look back on with a smile. But I won’t look back with regret.

I’m done regretting that our almost relationship never turned into a real one.

It’s a good thing, as I now finally have a chance to be with someone else. Someone I’m meant to be with.

When that day comes, I will know for sure that it’s good that we didn’t have a relationship.

I deserve to be with someone who would never hesitate to have a relationship with me.

Instead, that someone will want to keep me around and do all that it takes to achieve that.

So, I guess what I’m trying to say is that I realize now that we weren’t meant to be.

I hope you’ll find the person you’re meant to be with, and I know that I will find mine. 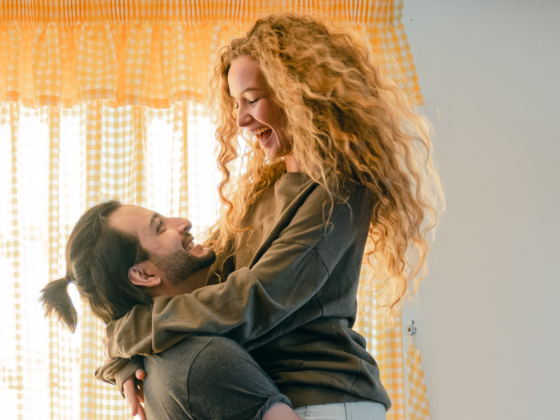 I’m Done With Cowards Who Play Games, This Is The Kind Of Man I Want 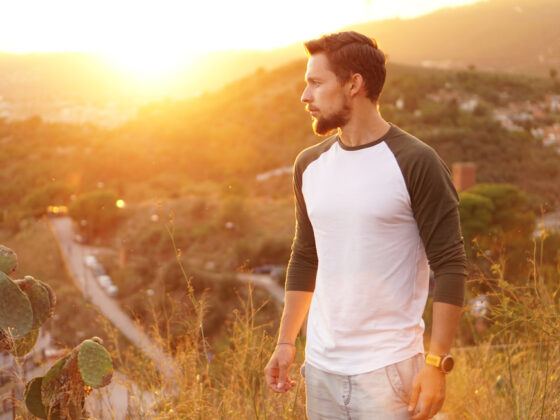