It’s fun to play games and have fun with bad boys, but when it comes to the time when you want a happy relationship you should wait for the man who makes you feel safe.

It’s fun to play with fire once in a while, but when it comes to your love life do you want to play with fire? I don’t. I’m the one who believes in love and wants the love from a fairytale. And with a man who makes me feel safe, I think that’s really possible.

My friends used to fall in love with those bad guys in the leather jackets who smoke cigarettes or the mystery guys who buy them vodkas at the bar. I have heard all their breakups with those guys and know how these love stories end. I’m the one who would rather fall in love with the guy who doesn’t make me nervous.

I’m the one who would rather fall in love with a man who makes me feel safe.

In my eyes, nice guys don’t always finish last. For me, they are going to be first. Always.

Girls often say nice guys are unattractive, or they don’t even exist. But I wish we could get rid of that stereotype. I think nice guys exist. They are real. And they are somewhere hidden, they are waiting for us. They want to be found. But a lot of us don’t even try to look for them. But you should wait for the man who makes you feel safe.

None of us have ever bothered to look for nice guys.

Because the bad boys are the ones that are easy to find and easy to get. They are easy to hook up with for a night of fun. But I don’t want that kind of dating. For me, it’s not enough.

I would fall in love with the man who knows that he is lucky to have me.

I wouldn’t fall in love with the man who will toss me out after two weeks. But I don’t want to go at bars in hopes that some asshole will buy me a drink. I don’t want the drunken hookups. Or the walk of shames. I’m too tired.

I’m exhausted of this new world of dating and love. And I don’t want to be a friend with benefits. I’m done settling. I want the good man.

Maybe it’s too much to ask for. And my expectations are too high. But I want this kind of the man. And I will wait however long it takes. I know I deserve it.

Wait for the man who makes you feel safe in his arms when he holds you. That is what you deserve. 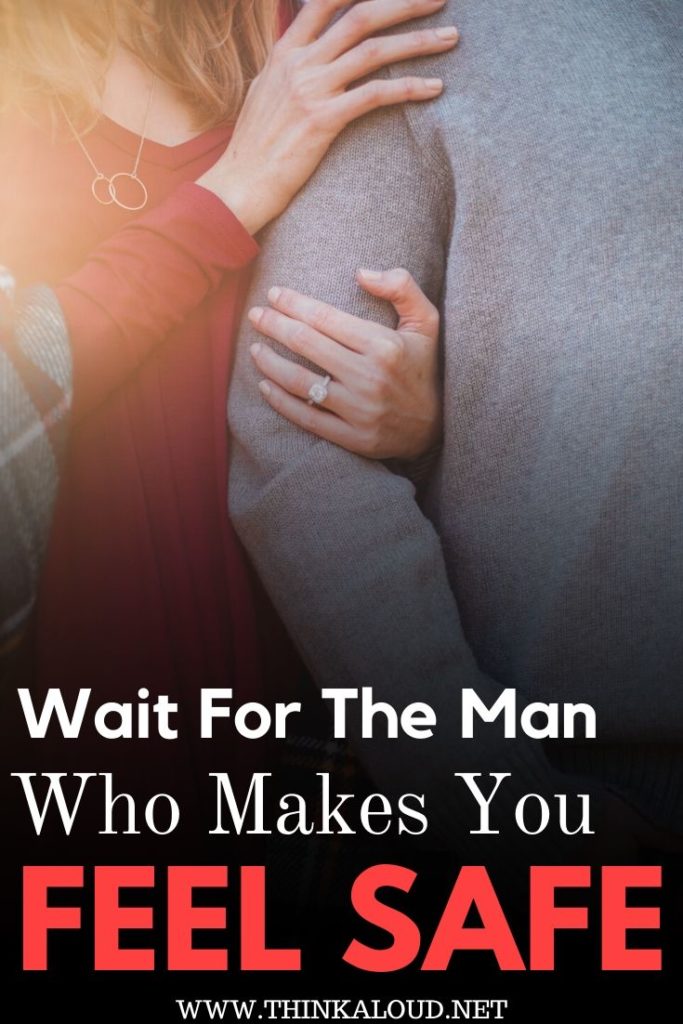