When someone cheats on you even once, it shatters your heart beyond repair.

What happens when very thin string holds those pieces together? When the person who shattered you the first time makes an effort to do it again?

What happens when the person you trusted with your heart once more tears it into pieces, which you will never be able to pick up off the ground?

The buzzing sound in my ears makes it clear that it will take me ages to repair the damage he’s done. I can’t hear him.

His mouth is moving, he’s probably pleading with me to forgive him once more.

I don’t even remember getting into this situation. The last time I felt my heart shatter like this was when he cheated on me the first time.

Love makes us blind to the red flags that keep on telling us to run away.

He made me laugh so hard when he told me funny stories and jokes. He never made me believe that he was going to look for someone better.

I should have looked at the other things too. I became suspicious when I started to notice how much time he spent on his phone.

He spent entire movie nights and dinner dates smiling at his phone and typing the night away.

Yes, I did ask. I asked him what could be more important than quality time together.

He always said that it was work, or that his friends sent him something funny. There were even times when he would pull out a meme to show me.

Anything just to make me believe that he was innocent.

Me. A woman who always tries to be a good person and couldn’t hurt a fly. I thought that the universe would take pity on me.

If you cheat on a person, they must deserve it.

Right? You cheat on your partner because they don’t love you enough, don’t appreciate you, and take you for granted. Right?

He would never cheat on me, or so I thought. I had always done so much for this relationship. I didn’t know how wrong I was.

What I didn’t know was that love and appreciation had absolutely nothing to do with it.

Contrary to what often happens, I didn’t find out by accident.

My friend told me that she had seen him in a bar with someone she didn’t know and that they looked a bit too friendly.

He was dancing with her, hugging her, kissing her.

Even though my heart ached at the thought, I brushed it aside, saying that she must have mistaken him for someone else.

He was out with the boys that night. Wasn’t he?

I even got mad when my friend started to repeat that it was him. She persisted and I accused her of just being jealous of my relationship.

Imagine how dumb someone must be to accuse their friend like this, even though I had my suspicions myself.

Whenever I looked at him, there was a nagging feeling in my chest.

At the time, questioning him wasn’t an option.

He would deny it, call me crazy for thinking it, tell me that I must be projecting something. Maybe even accuse me of cheating.

I know that what I did wasn’t justified and I really never thought I’d do such an awful thing, but at the time, rummaging through his phone was the only option.

I thought that I would see nothing there, and then I would laugh at myself. However, that was where I was mistaken.

He was fast asleep next to me, so I had to be quick, but after I unlocked his phone, I was frozen to the spot.

The messaging app had a particular conversation at the top, and when I went through it, I saw it all.

How many times he told her he’d leave me for her and his promises of forever. He praised her for her kisses and her body.

He praised her for how much better she was than me.

The pictures I saw made me want to vomit. A loud sob rippled through the room, even as I covered my mouth to muffle the sounds, and he woke up.

Needless to say, I threw him out of my apartment.

The first order of business: crying. I cried and cried. It hurt so much and I seriously questioned where all those tears came from.

The pain filled me to the brim, leaving no space for actual food or water.

I had done everything right! Hadn’t I? I loved him. I cared about him. Whatever he wanted from the relationship, I was ready to provide.

What did I do wrong? Did I love him too much? Did I make him feel less masculine?

I looked for any mistakes that I had made and came to the conclusion that I wasn’t enough.

It was my fault that he had cheated on me, right? I didn’t know better than to ask this question.

God bless my friends! They found out what had happened before I did and they stood by my side.

They reminded me to eat and take care of myself when I wasn’t capable of remembering to do basic daily tasks.

Being cheated on does this to you.

I didn’t even think it was his fault, or that he was trash. I even cried about how I wanted him back, how I would try to love him right if he asked.

My friends thought I was losing my mind.

As if he had heard my crazy banter with my friends, he came back into my life.

Now that I look back on it, he said the most clichéd things ever, but at the time, they sounded like the best things he could have said.

But he continued to say he hadn’t been able to find what he needed in our relationship and that’s why he cheated.

He even claimed that after losing me, he had figured out that he had lost the only person who could love him. Now I understand what that meant.

I should have known that one woman would simply never be enough for him.

We tried to rebuild our relationship. I thought I would see his efforts in all the times he gave me his undivided attention.

Even though he was attentive and showed me that he could change, I was paranoid.

My mind played tricks on me whenever a good-looking woman passed us by. Each time, I waited for a reaction from him.

When he was on his phone, I even started looking over his shoulder and there were times when I would question him about everything, making him furious.

My sanity slipped through my fingers with every single accusation I threw at him and it wasn’t a joke anymore. I was really going crazy.

Breaking up wasn’t an option. I wanted to keep him to myself and show the both of us that I was just enough to keep him happy.

By doing this, however, I just made us both unhappy.

I mean, he had said he was sorry.

He said that he regretted losing my trust, but in my mind, he was still a cheater.

Things never went back to normal, I just got better at hiding my paranoia.

I was slowly losing my mind and the only people responsible were a cheater and his victim.

I felt the last bit of my sanity rip itself from my body as I looked with wide eyes at the scene in front of me right at that moment.

When I came back to the moment from my little trip down memory lane, I finally heard what he was saying.

His voice was muffled from the buzzing in my ears, but I could hear him apologizing and pleading with me.

I didn’t pay much attention, as my eyes were glued to the woman in his bed, naked.

She tried to cover her modesty in a desperate attempt to hide from my gaze.

I was supposed to surprise him. I wanted to do something special and apologize for the things I had made him go through.

He was supposed to change. He promised that he only loved me.

This is what I get for giving a cheater a second chance.

So here I am right now, getting myself together again after the shock. I see his fingers lingering a breath away from my skin, as if he is afraid to touch me.

As he should be.

As the string holding my heart together breaks one last time, I feel a shiver flow through me and bring me back to life.

The last thing you’d expect is for me to smile at him, but that is exactly what I do.

It was funny how pathetic I was to believe a cheater could change.

That was the last time, I promised myself. I am better than this. I am enough.

The revelation that he didn’t deserve me made me jump into action.

“You two deserve each other,” I said, as I turned my back on them, so they wouldn’t see the one stray tear that ran down my cheek. 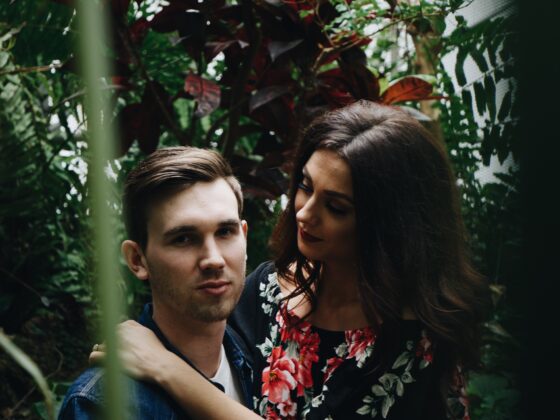 Monkey Branching: Is She Jumping From Guy To Guy? 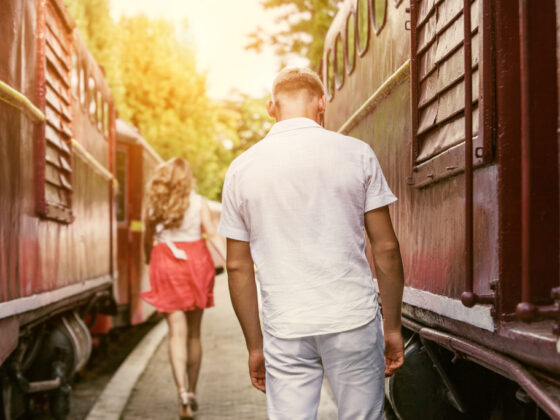