Dating can feel like a roller coaster ride – at one point, you are high up in the sky, and then next, you are touching the ground.

You have looked for the one for years and now that he’s finally here, you are not sure what he wants anymore.

Is he serious about you or are you just a phase to him?

All of us are aware that a lot of men have commitment issues.

They are afraid of sticking with one woman as they think that by doing so, a better option will pass them by.

Sometimes you can even feel that all men have the same fear, deeply rooted in their brain, but we can’t say that this is true for every male.

Out there, there are men who are honest about their feelings.

A man is not afraid to let you become the only woman he’s going to be with, as he knows that you are everything he needs.

However, he may be afraid to show it.

That’s why we women have to play detective from time to time.

We need to look for the signs they are casually putting in front of us, as they don’t know how we are going to react if they admit the truth.

But don’t worry, I’ve got you covered. I’ve written a list of sure signs that show you he wants something more serious.

Just keep on reading and you will understand his hidden messages behind them.

He frees up his time for you!

If you ever randomly called him and asked him to go for a walk even though you didn’t have it planned, and he immediately said yes, it means that he’s serious about you.

No guy will leave anything he’s doing for someone who doesn’t mean much to him.

You need to be special in order for him not to think about his answer but instead, instinctively make a decision.

When he cancels his plans to be with you, girl, trust me, he wants something more serious.

If he would rather spend hours talking to you instead of playing games with his friends, then he’s serious about you!

A man who wants something serious is willing to show you his commitment by taking initiative.

He’ll call you, text you, and schedule dates for you two because he truly wants to spend some time with you.

He won’t do all of that for just any girl. He does it because you are special and he looks at you the way he has never looked at anyone else.

When a man falls in love, he will make sure to show you that he wants you around, no matter what.

If you are the one constantly making plans while he stands by doing nothing, then he’s not interested in taking things to the next level.

If he wanted something serious, he wouldn’t be waiting for you to make a move every time.

Instead, he would be proactive and he would make you feel that he really wants to spend time with you.

You wouldn’t be asking yourself what his intentions are as he would show you through his actions.

He is always there for you!

When a man wants something more serious, he will do anything to protect you and be there for you.

Call him in the middle of the night and he will find a way to come over immediately!

He wants to be your hero, the one who will always be there.

If he wants something serious, he will prove that to you by caring for you, no matter what.

When a man is not serious about his intentions, he doesn’t care about your feelings.

The one who does will give you his heart and soul just to see you happy.

He openly talks about his feelings and emotions with you!

When a man wants something more serious, he will make sure that you don’t slip away and disappear.

To do that, he will openly tell you that he likes you and that his feelings are genuine.

Still, he will be considerate and he won’t push you into anything that you are not completely sure about.

He will give you all of the time in the world but still be clear about what he wants.

Honest but not pushy, that’s what a man who likes you and wants something more serious will be like!

He doesn’t hide you from anyone!

A man who is not serious about you and has several side chicks will never show you off to his friends, family, or even the general public.

If this one has introduced you to everyone around him then he’s definitely serious about you.

It means that he’s proud of you and that he wants everyone to know that you chose him out of all of the other guys in the world.

Introducing you to his family is a huge step. If he’s willing to take it, it means that he’s striving toward something more serious about you.

He makes future plans with you!

When you truly like him, and he turns his ‘I’ into ‘we’, you can feel the butterflies going crazy!

A guy whose future plans involve you wants something more serious. Period.

If he mentions where the two of you can go on vacation or what he wants your future apartment to look like, he’s serious.

A man who is not fully committed or serious about a relationship doesn’t think about this stuff. He wants your body, and that’s about it.

He introduces you to his world!

We all know that men have a hard time opening up and expressing their emotions.

So when he opens up about his deepest, darkest secrets and feelings, that’s when you know that he wants something serious with you.

He wouldn’t be telling you about his personal life if he didn’t believe that you were the one. Trust me, he doesn’t share his personal stuff with everyone.

When he makes himself vulnerable in front of you, that’s him telling you that he’s not letting you go.

He is handing you his heart and giving you the choice to break it, but he hopes that you won’t choose to do that.

Letting you inside his world is the most personal thing a man can do. It screams, ”I am serious about you. Please be the one for me!”

Self-care and self-love are my priorities! My goal is to help you understand your value and make you appreciate the person you really are. Every beginning is hard, but with a strong will and optimistic mindset, you can bloom like a flower. 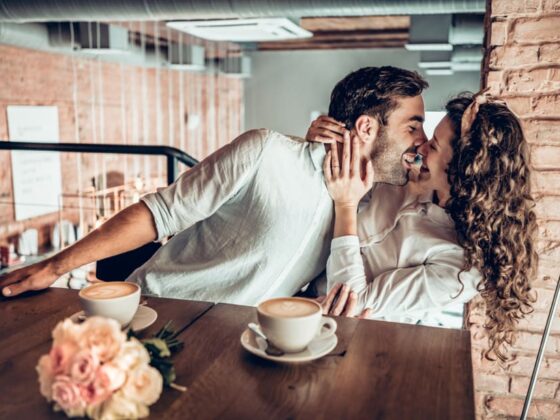 How To Win A Girl’s Heart: 17 Effective Ways To Win And Keep A Girl 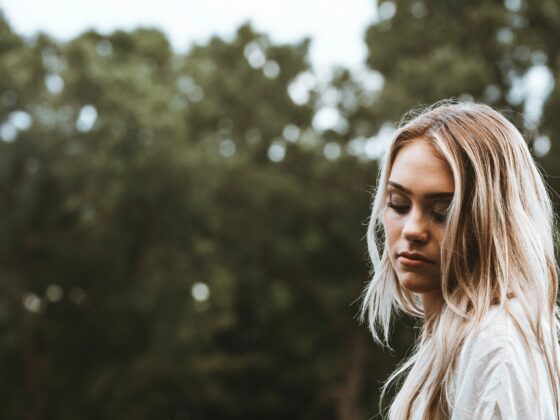 How Long Does A Crush Last? 5 Stages Of Having A Crush 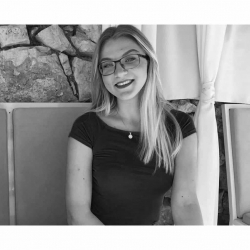 Zoella Woods
Self-care and self-love are my priorities! My goal is to help you understand your value and make you appreciate the person you really are. Every beginning is hard, but with a strong will and optimistic mindset, you can bloom like a flower.