When searching for the right man, you shouldn’t waste any time with those who are wrong for you.

Some guys are nothing but a waste of your time since they either aren’t that into you or are scared of commitment.

Sometimes you don’t even know where you stand with a certain man, and it could drive you crazy.

Why would you spend so much of your time with someone who isn’t sure about you? The answer is, you shouldn’t.

When you see the signs that you are wasting your time with him, save yourself the trouble of getting your heart broken, and leave before you fall too hard for him.

There are some red flags that you simply can’t ignore, even if you want to.

If you choose to pretend that they don’t exist, you will only get hurt in the end, and of course, waste a lot of your time on the wrong man.

Why would you do that when there’s someone out there who would be happy to find you single and waiting for the right man?

That someone could be that right man.

Not everyone you get involved with will be your perfect match.

Sometimes, the two of you will simply want different things in life, you won’t be compatible, or the timing won’t be right.

You should know that none of these things mean that you have done something wrong.

Don’t let yourself feel unhappy with the wrong man when you can find someone who’ll put your happiness first.

If you feel in your gut that this man is only wasting your time, he probably is.

When you’re with the right man, you don’t feel any insecurities or doubts, and you don’t overthink everything he says or does.

If you feel the way I described just now, there’s a reason for it. This is not the right man for you, and you shouldn’t let him string you along.

Here are the signs you’re wasting your time with him:

1. You never go anywhere in public

When was the last time he took you out for coffee, lunch, or dinner?

If you haven’t even had a proper date, there’s something very wrong about that relationship.

Has he ever invited you to go to the movies with him, or to take a long walk in the park?

When you do see each other in public, if you even do, does he show signs of affection and hold your hand?

If not, maybe it’s best that you end things before you realize that there’s a reason he doesn’t want anyone to know that you’re his girlfriend.

2. You haven’t met his friends

A man who loves you would want you to be a part of his world.

Even if he didn’t introduce you to his family right away, he would want you to meet his friends.

If it’s been a while since you first started dating, and you still don’t know any of his friends, that’s a major red flag.

A man who loves you will introduce you to his family already, but this one doesn’t even want you to meet his best friend.

Now, if you haven’t been dating for long, he could simply be shy and even unsure if it’s the right time for something like that.

He could even think that you might not be comfortable with meeting his friends or family.

On the other hand, if it’s been a while since you started dating, he’s probably having doubts about whether the relationship will last, or he doesn’t want it to.

3. He shows no signs of jealousy

Let’s get one straight – jealousy isn’t a good thing, and it can show a lack of trust and be a sign of a toxic relationship.

On the other hand, there’s a small amount of jealousy that’s even healthy, especially at the beginning of a relationship, and this is because it proves that a man cares about you and fears losing you.

If your partner doesn’t show any signs of jealousy, it could be because he doesn’t care about you and doesn’t plan to have a future with you.

4. There’s no progress in the relationship

The two of you have been dating for a while, but there seems to be no progress.

He acts distant, never surprises you with small romantic gestures, and hasn’t actually opened up either.

You don’t want to be stuck in a relationship that is completely one-sided, so you should consider ending it before you get hurt.

5. He mentions other girls a lot

If he talks about how some other girl is attractive right in front of you, you don’t need me to tell you that you’re wasting your time.

He could also talk about his ex too much, which is a major red flag. You don’t need these kinds of issues in a relationship, especially right from the start.

6. When he talks about the future, you’re never a part of it

What you want in the future, and how your future together would look, aren’t even things he has thought about.

When he thinks about the future, he doesn’t picture you as a part of it, and you shouldn’t hope to be.

You can never be sure about how he feels about you or what’s going on in his head because he’s constantly giving you mixed signals.

One day, he calls you first and wants to spend a lot of time with you, but the next day, he acts distant.

He asks you to go on a vacation with him, but then he cancels because he has a plan to party with his friends instead, or whatever.

He’s hot and cold, and you need someone who will be clear about what he wants so that you can know where you stand with him. 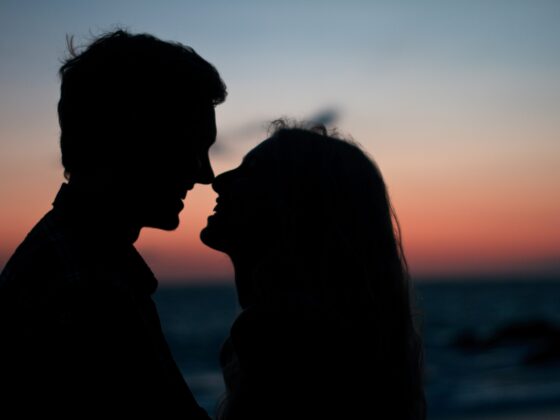 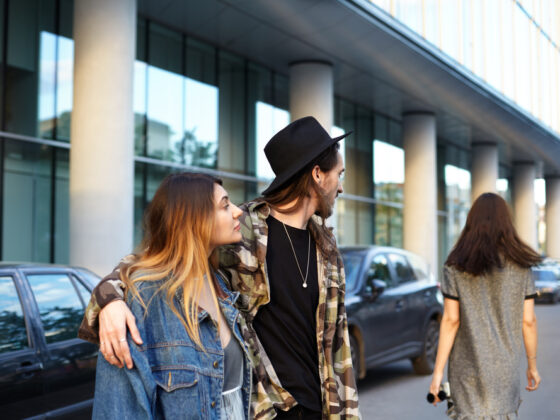 When Your Husband Looks At Another Woman, This Is What He Is Really Thinking