With manipulators, narcissists, and toxic men on the loose, we might just never know who the actual bad guys are in this world are.

They know how to hide their bad intentions and how to make it seem like they are the most beautiful, loving, and caring people out there.

So how will you know if the man you’re talking to is actually the nice guy you have been looking for, for so long now?

How will you know that he isn’t going to turn into a monster in a matter of days or months?

They usually wait for you to put your guard down so they can show their true colors, but a genuinely nice guy can be seen from miles away.

You will know that he’s a nice guy who will treat you just right if you pay close attention and look for the right things.

1. He doesn’t try to change you

A nice guy is someone who is genuinely in love with you and everything you bring to the table.

Manipulators thrive on making you feel like you’re less than enough so that they can change you, mold you into something they find to be interesting enough.

However, he doesn’t do that. He loves you for who you truly are and isn’t afraid of the strong woman in front of him.

He loves your intelligence and finds your humor endearing.

2. He reminds you how beautiful you are

You and I both know how gorgeous you are, but it doesn’t hurt to be reminded of it every once in a while.

This is very closely related to the fact that he doesn’t try to change you, because he keeps reminding you how beautiful you are.

He says this when you’re laughing your head off in your pajamas just as much as he does when you’re in full-on date attire.

Even if you’re just wearing his clothes around the house, you are still the most beautiful woman in his eyes and there is nothing he would want to change about you.

He loves every part of your body.

3. He’s seen you at your lowest and still loves you

No one is perfect. No one leads an absolutely perfect life.

He knows that and he won’t leave you when things get just a little bit tough, but rather he will fight through it with you and try his hardest to understand the struggles you’re going through.

You will never go through things on your own, because you will always have him by your side, no matter what.

4. He respects you and your boundaries

Expecting someone to respect your boundaries isn’t that easy when you’ve always been around people who would bulldoze their way through them.

The difference with him is that he sometimes might not understand where you’re coming from but he still undoubtedly respects your boundaries.

He knows how to take no for an answer.

You should understand him when he asks you to explain some of your boundaries, so he can understand you better, even though a good guy should never question them.

You might have just ended a very bad relationship and you’re not ready to fall in love again so soon.

There are little wounds all over your pained heart and of course, you’ll be guarding it carefully.

A good guy understands that. He will listen to you and wait for you to be ready to love and let yourself be loved.

You shouldn’t worry about whether he actually loves you as he will be ready to wait for you and there is no reason for you to doubt him.

Let me tell you something; if a man is nice and kind toward strangers, especially waiters in restaurants, it automatically makes him more attractive.

Look out for the little interactions he has with strangers on the street. Is he polite to old people? Does he apologize when he bumps into people?

Little things like this are what determine whether he’s actually a nice guy and not just playing a role in front of you.

7. He never sends you mixed signals

Men often think that the hot and cold game is attractive and that women fall for that, but games went out of fashion a long time ago.

Mixed signals are a signal in itself. It means a man simply doesn’t care enough to stick around for too long.

If the man you’re thinking about is sending you mixed signals, he’s just not that into you.

He’s playing games because he thinks that you’re desperate enough to wait for him.

That is anything but a good man.

A good man, a nice guy, will never send you mixed signals because he knows your worth just as much as you do and he will never intentionally avoid you or ghost you.

Jealous men are men who either don’t trust you or are so insecure about themselves that they end up projecting their own insecurities on to you.

A good guy would never do that.

Just because he’s being nice to you and the people around him, it doesn’t mean that he doesn’t know his own value.

He knows what he’s worth and will make sure that you know that he doesn’t feel threatened by other men at all.

9. He doesn’t demand your attention

Life gets crazy sometimes and everyone has their own things going on.

Your attention is being divided into a million different projects and friends and he knows that too. He has his own things going on as well.

Demanding your attention would mean that he just wants you to be around him whenever he’s available.

A man who’s actually nice knows that he can’t have your full attention whenever he pleases and would never demand that you leave anything just for him.

A man who is really nice would never want you to be anything other than yourself, with all your hobbies, work, friends, interests, and personality.

He just wants to be with you, whatever that might entail. 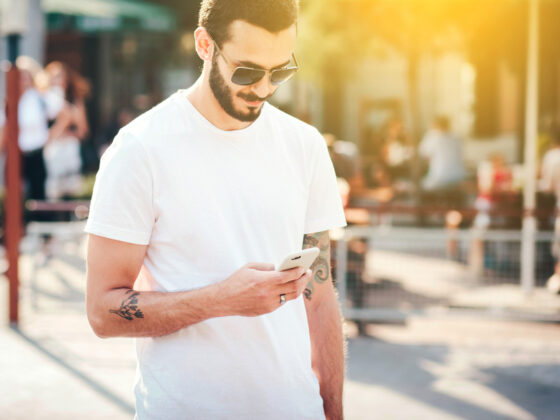 When A Guy Texts You Every Day, This Is What It Means 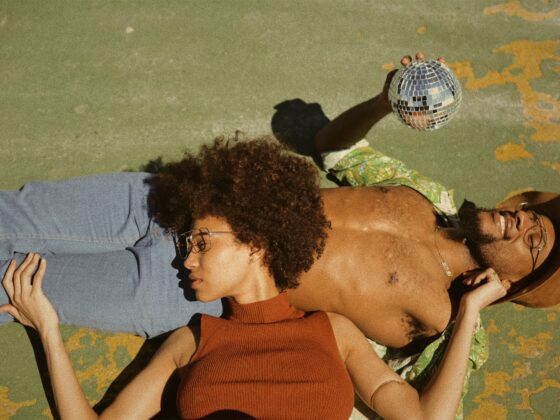