7 Common Reasons For Petty Fights (That You Won’t Have With Mr. Right)

There are many love stories, but even those who have the best stories had to go through some petty fights. Just because you had some petty arguments with your significant other it doesn’t mean that you’re going to break up. You need to give your partner the benefit of the doubt and consider his point of view; that’s the only way for you to see the bigger picture. If nothing helps, you can always try couples counseling or get help from a relationship coach.

Was your Valentine’s Day full of saying and hearing the words, “I love you,” or did you ruin your make-up crying because he forgot? Every person has an imaginary list of little things that bother them about their partner and there are common reasons why couples have petty fights; I will mention those chosen by relationship coaches.

Still, you might have some reasons of your own. So, before you ruin your make-up crying because he didn’t say, “I love you,” or liked some other girl’s picture on social media, take a deep breath and listen to what I have to say on this trending social media topic.

My husband and I used to have petty fights about his video games. Playing video games and talking about them are his passions and they occupy his time, and he spends money on it. But the thing that really bothered me was that he would choose games over me. At least it felt like that, but I realized that it was silly.

Whether your partner wants to spend time with his best friends or play games, it’s okay. He needs some time doing his own thing without you. Your partner needs to have interests outside of the relationship. Playing games is actually the best kind of one since he stays home. Now my husband enjoys playing his favorite games with his best friends whenever he wants, after I realized that it’s not a problem at all.

One of the petty arguments he would have with me, for example, was that I wouldn’t give him a massage. He works hard at his job and he could really use a massage afterward but I simply don’t like giving massages to anyone, not even him. So, for Valentine’s Day, I arranged for us to go to a couple’s massage. He took me first to a restaurant to prevent another one of our petty arguments – why I always have to cook – and I also made him Valentine’s Day coupons with all the things I knew he would like and one of them was, of course, getting to buy a new game he wanted and to play it with his friends.

The thing is, if you love each other, your petty arguments will turn into the best stories of how your love is stronger than anything. Don’t let little things ruin the beautiful thing you have with your significant other. A relationship takes effort, so don’t break up because of little things. If nothing works, there’s always couples counseling.

As long as you love each other, you can work through anything. Still, if your petty fights are actually red flags that there is a bigger problem you’re not talking about, you’ll have to dig deep and figure out what’s wrong.

Don’t forget to give your partner the benefit of the doubt and try seeing his point of view. When you see red flags, maybe you’re just missing seeing the bigger picture.

Petty arguments might just be a symptom of a more serious problem but, there’s always hope as long as you love each other. I am going to tell you about the most common reasons why couples fight and these are the fights that you won’t have with your Mr. Right. If your boyfriend is Mr. Right, these are just things you’re going to work through and laugh about later.

7 common reasons for petty fights (that you won’t have with Mr. Right)

All couples have petty fights about loyalty. You have doubts about your partner, and it’s not easy to trust him at the start. This is a problem that occurs at the beginning of almost every relationship. You start falling hard for your partner, and you get scared that he will cheat on you, which is perfectly normal.

Still, it’s not an excuse to attack him when he hasn’t done anything wrong. You need to learn to trust him, and he needs to prove his loyalty to you. This takes time, so wait till you have been in the relationship longer.

If this guy is your Mr. Right, you’ll never have to worry about his loyalty as you’ll be the only woman in his life. Sure, there are a lot of cheaters out there, but there are also honest men who would never betray your trust. Maybe you have found one of them, but time will tell.

I can tell you from my own personal experience that my husband made it really easy for me to trust him. It’s a little funny, but I don’t think he really looks at other women as women; he doesn’t even notice a hot girl walking by. Your Mr. Right will be just like that.

When you’re really passionate about something, but your partner isn’t, it can raise this question: Why doesn’t he care about the things you care about? I could ask my husband why he doesn’t go to watch me in my acting class… or I could get mad at him for not reading all of my articles; those are the things that mean a lot to me, but he isn’t interested in them at all.

It’s a great opportunity for a petty fight, don’t you think? Well, think again. I already told you that he is very passionate about games, and I don’t care about them at all. I’m not sure I can even fully understand such a passion, and it bores me to death when he talks about it. So, could he be mad at me just the same?

No and that’s because it’s okay that you don’t like what your partner likes. You two need to have interests outside of the relationship. Everyone has their own thing which makes their eyes glow when they talk about it. It’s enough that my husband knows how much acting and writing mean to me, he doesn’t have to do them with me.

3. Where should we go, and who gets to choose?

Petty arguments are called petty for a reason so it might happen that you start to fight about whether to go to a restaurant or to see a movie. You have to agree that it’s really silly to fight about something like this. Yet again, when you’re in a couple, you can’t always have things your way. That creates a problem for some people even if the thing in question is as insignificant as where to go.

You won’t have a problem like this with Mr. Right. You’ll be happy to be together, whatever it is you choose to do. Of course, there’s nothing wrong with doing separate things sometimes. When my husband wants to go see a movie I don’t care about, I go to a restaurant with a friend. Everybody wins.

This is a tough one. Both of you had relationships before you met each other, and the topic of past partners is bound to come up. This often causes petty arguments such as, “Do you still love your ex?” In any case, neither of you is comfortable when the topic of past lovers comes up.

I wasn’t completely over my ex when I met my husband so I talked about him a lot in the beginning and hurt my husband’s feelings because of it but as I started falling in love with him, the picture of my ex slowly faded from my memory. Now I think of him and mention him only when I’m writing about dating the wrong men.

When you meet your Mr. Right and fall in love, you’ll forget about your life before him. My husband said to me, “If they ask me if I miss my life before you, I’ll tell them that there wasn’t even a life without you.” Leave the past in the past and enjoy the present.

5. Why do you ditch me for your friends?

I had this problem with my husband when we were dating. My possessiveness showed itself, and it bothered me when he wanted to spend time without me but now that I have friends from my acting class, I see that I like to hang out with them without him. It’s only natural since he doesn’t share our interest but neither do I share his friends’ interest in gaming. So, be fair and let your partner enjoy his time with his friends. Mr. Right will surely have a lot of them.

Now, this is a question that pops up later in a relationship. When you are starting to live together, the matter of cleanliness is bound to come up. We live in modern times, and it’s no longer considered to be a woman’s job to take care of the house. After all, no woman wants to be with a man who will act like a giant baby who can’t take care of himself and that is why living together often shows whether a relationship is going to work or not.

This won’t be a problem with Mr. Right. My husband doesn’t think it’s beneath him to wash the dishes or take care of the laundry. Both of us do an equal part in keeping the house clean and that’s the only way a relationship should work.

7. When are we going to get married?

This talk about the future might cause fights, but I wouldn’t really call them petty. When you two fight about the direction in which your relationship is headed, it’s because you’re not on the same page. It’s most likely that one of you isn’t as invested in the relationship as the other one.

Couples who are happily in love find it fun to come up with their kids’ names and plan their wedding. Still, maybe you are just faster than your partner, and he just might not yet be in the same place as you are but if you have been in the relationship for a long time and he never wants to talk about the future then I’m sorry to tell you, but he might not want to have a future with you.

With Mr. Right, you’ll know that you’ll become Mrs. Right. My husband and I always enjoyed planning our future together; after all, that’s how it should be when you meet the right man. We were happy to start living together as soon as things got serious. He proposed to me on our third relationship anniversary, exactly when I was hoping he would.

The thing is, no matter what people tell you, when you meet Mr. Right, it really is easy. Sure, some problems always appear but when you’re both equally interested in solving them, you’ll solve them together. 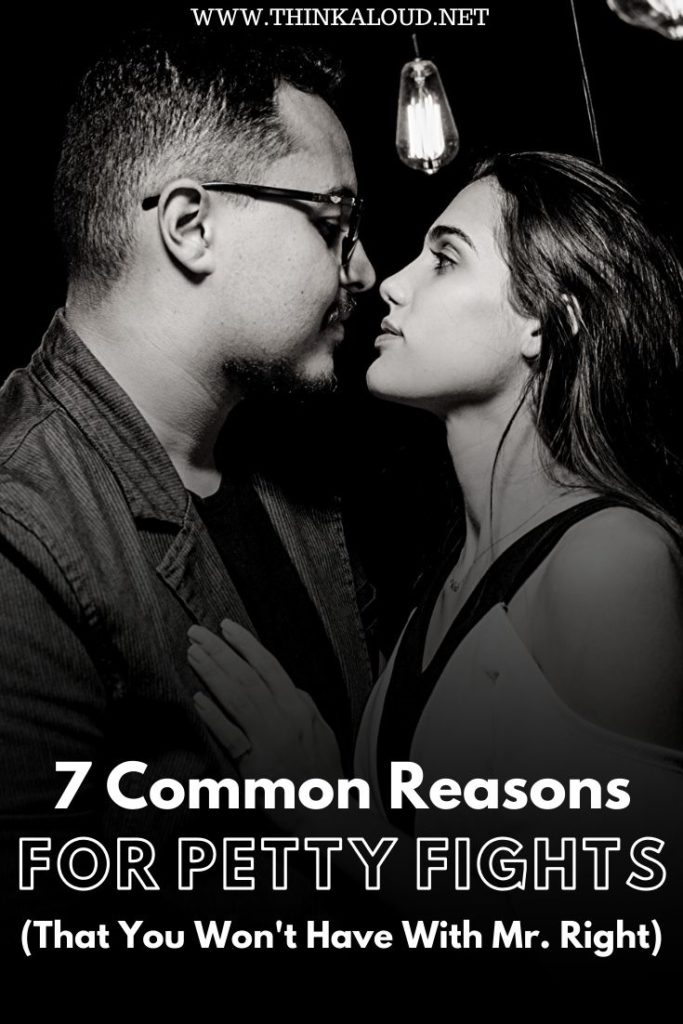 The Best Relationship Of Your Life Will Be With A Man Who Truly Loves You
← Previous
16 Types Of Boyfriends You’ll Date Before Finding The One
Next →
Click here to cancel reply.
4 shares