It’s important to have healthy arguments that will bring you closer to him and vice versa.

We all want a happy and successful relationship.

Every woman and man strives to have a relationship where the stars align, where all our needs are fulfilled, and we don’t have any worries or fears that our partner will hurt us.

Even though that seems far-fetched and hard to reach, every relationship has both its ups and downs. Conflicts and fights are hard to avoid.

Let’s be real, there are times when you fight with your family members, so there is no point in hoping that a love relationship will be any different.

We will never find a person whose needs and expectations match ours.

A relationship takes growth and sacrifices to succeed and our partner should complement our emotions and needs; that’s the only way two people will ever grow as a couple.

Nevertheless, conflicts can arise from the smallest problems.

Men are those who try to avoid conflicts most of the time, and women should be aware of that.

If you find a man who doesn’t avoid facing problems, you should definitely keep him.

Creating a comfortable environment where two loved ones can share their beliefs and thoughts is hard.

It takes a lot of dedication and sacrifices because having an argument is not enjoyable for either of them.

However, if you have already decided to be in a relationship with that person, be ready to put in some work because not all conflicts will lead to a terrible ending.

Sometimes, they will actually strengthen your relationship.

There are certain guidelines that every couple can follow when an argument happens.

The way someone approaches the conflict is important, and the right way is to stay calm and listen to what your partner has to say.

The most important thing is not to attack them or say bad words.

This one can be applicable to everyone. Every single woman has had this problem in her relationship, no matter what they say.

Every person is jealous. You cannot say that you don’t have a problem with other people talking to your partner.

However, with the rise of social media, it’s never been easier to talk to somebody new.

We have all gone through that phase where we start to question them: “Why did he like that girl’s picture?” “Why doesn’t he post more photos of us?” “Why did he accept that girl?” etc.

The proper way to deal with a problem like this is to make the decision about whether or not to trust your partner.

However, you cannot control your partner, and that is a fact.

The best way to deal with jealousy is to confront your partner, and then listen to what he has to say.

If he changes, and if his behavior toward you changes, then you can ease your mind a little bit.

Having a conversation is always the best medicine but being overdramatic about certain things will just pull you away from each other.

After your partner reassures you that you have nothing to worry about, then you can focus on the other things at hand.

Talk about the big fights

You know those fights where the two of you don’t talk to each other for a long period of time, and then after a while, you start talking again?

Yes, I know you do. I must be real with you and tell you that the problems that caused those fights will never disappear if you don’t confront them.

Everyone has had a big fight with their partner.

Rather than sweeping it under the rug and continuing with your life, it’s better to talk about and notice what caused it.

You should not do this alone, but rather with your partner.

Tell him what you think went wrong, take responsibility for what caused the fight from your side, and talk about how you can resolve those problems so that the fight doesn’t reappear.

Being listened to is always welcome

There is nothing worse than having a partner who doesn’t listen to you while you talk about your feelings being hurt.

I know that most of us have experienced that, and that’s why I mention it.

Instead of dwelling on and bickering about those feelings, tell your partner what caused them.

It is a good sign if you are talking to your partner about what led to feeling this or that way, as honesty will boost your intimacy, compassion, and trust.

If he is ready to talk, then talk. Don’t be a silent victim, who just waits to explode like a ticking bomb.

Arguments about your future

Banging heads together is never a good thing. Or is it?

If your relationship is calm and steady, and if both of you are dedicated to each other, then you should talk or argue about where you think the relationship will be headed in the future.

It’s always good to talk about your expectations.

Talking or arguing about future arrangements can only deepen your connection and authenticity, as it means you finally know what to expect and when to expect it.

If you don’t know that he is serious about you, then you will never know if he eventually intends to marry you.

Healthy arguments which are not resolved

Not every argument or problem that arises will be solved immediately.

Relationships are sometimes chaotic and it takes time for issues to be fully resolved.

Maybe the same arguments or fights will reappear.

You never know. The only thing that you can do is accept the differences that you and your partner share.

As I mentioned in the beginning, it is of vital importance to create a safe and protective environment in order to have healthy arguments.

And remember that not every fight has a terrible ending. Some of them will boost your relationship to the next level. 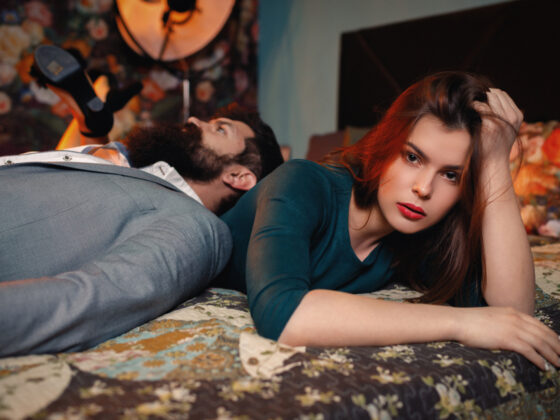 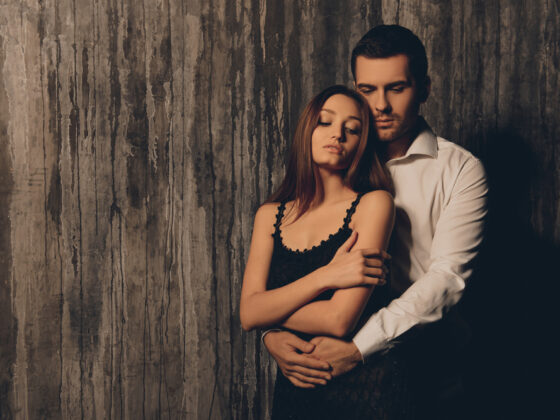 Emotionally Unavailable Partner: How To Recognize And Deal With Them