We were dating for almost four years. And those years were the best years of my life, but also the worst years. It is hard to explain that. If you never were in a relationship where your partner physically abuses you and you still love them, it is hard to understand. But I hope that you will never find out how that  feels. He broke me, a man who I loved more than my life, broke me. So I hope that you won’t find out how that feels.

Not so long ago, I found out that he cheated on me. Four years of relationship, and he cheated on me. I know, painful. But actually, it wasn’t the first time, but at that moment I promised myself that it will be the last time. I had a feeling like I was not enough for him. I was worthless. And he showed me that I was right. I was looking into his eyes, and I didn’t see regret. In that moment I could tell that he never actually cared about my feelings.

Contents show
And he blamed me for everything, always. I was crazy, I was overreacting, he didn’t do anything wrong.
So many promises were destroyed, broken.
Too late I realized that he wasn’t capable of love, someone like him is not capable of love.
Four years I was blind, four years I loved him more than myself.
Damn, he broke me, but I don’t hate him.

And he blamed me for everything, always. I was crazy, I was overreacting, he didn’t do anything wrong.

My heart was breaking into pieces, and in that moment I realized that I deserve better. And he, he left me without zero regrets. I was dead inside, I was crying for a week straight. I loved him, so I let him explain himself, again. But guess what? He kept lying and hurting me even more. I really needed him, and I wanted him to make things work again, but he failed to be there for me.

So many promises were destroyed, broken.

He wasn’t faithful, but when you love someone, being faithful is easy, so he didn’t love me. Instead he broke me, he chose to broke me. I was giving my best to make him happy, and what did he do? Nothing. All the years we spent together for him meant nothing. When you love someone you would do anything for them, and I can truly say I did everything for him. But he was just playing games with me.

I gave him the world, I was honest with him, but it still wasn’t enough. Actually he never loved me the way I am, and I was never enough, he wanted to change me, and he changed. He destroyed myself, and I stayed with him, I didn’t leave him and I had all the right to do it. And he broke me, and I loved him more than anything.

He was the love of my life, he was everything I ever wanted. I thought he was the one, but I was wrong. I gave him the world and he truly broke my heart, I fought for him, God knows how much. I truly loved him, and I always made excuses for him. He was a liar, he trapped me. And now when I think about him, I think I just loved my version of him, but it wasn’t actually him. He was never mine, and he had me completely, I was all his.

Damn, he broke me, but I don’t hate him.

Maybe he will never understand some things, maybe he will never realize that he was wrong. But I am okay with that. I wish him all the best, because no one deserves to go through the pain I was going through. Everything happens for a reason, and he was my lesson. I handled everything, and I become a better version of myself. 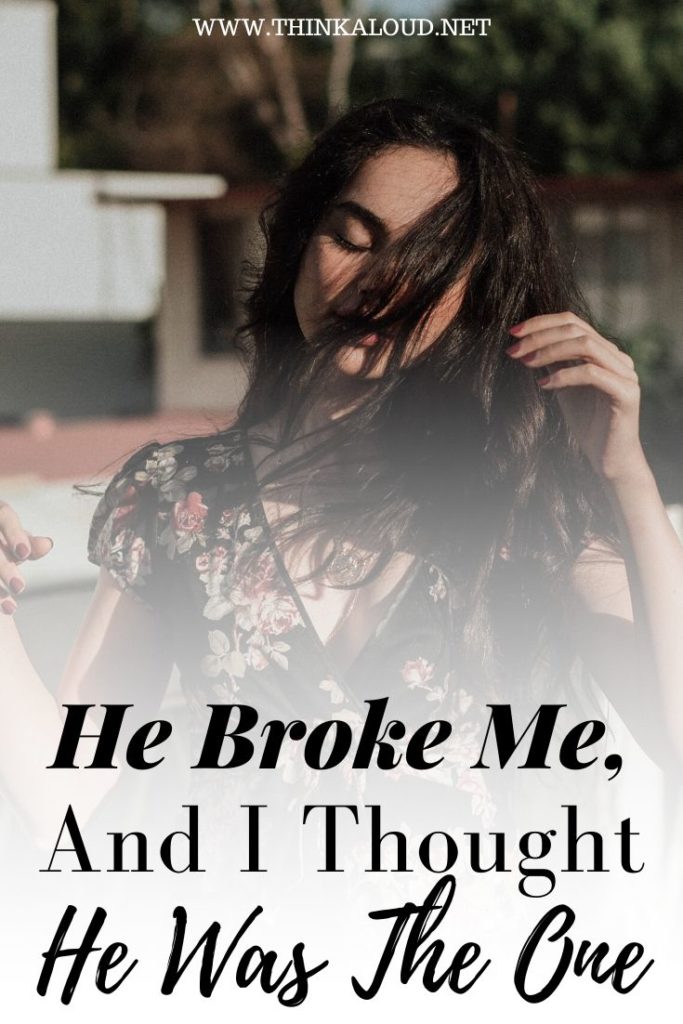