For all of you who have an emotional outburst from time to time… I want you to know that you aren’t emotionally challenged.

But if your relationship is an emotional roller coaster, you could be involved with an emotionally challenged man.

Of course, there is a flip side. If you aren’t an emotionally challenged man, maybe your girlfriend just lacks the emotional intelligence needed to make a relationship work.

If for a long period, there was a long distance between you, it could be the root of your emotional pain and also the cause of an emotional outburst from time to time.

But if you have been with someone for a certain period of time, you have to notice the warning signs as well as their emotional intelligence.

The flip side is that your heart has to explain to your mind how much it is willing to fight for this love and work on the problems.

This will be especially useful for those of you who are on an emotional roller coaster.

So continue reading to find out all about it and know for sure who is the one in your relationship who is emotionally challenged.

Emotions are wonderful things, so there is no reason to hide or ignore them.

Learn how to deal with your emotions, or help your man realize that it’s okay to have feelings.

10 signs of an emotionally challenged woman 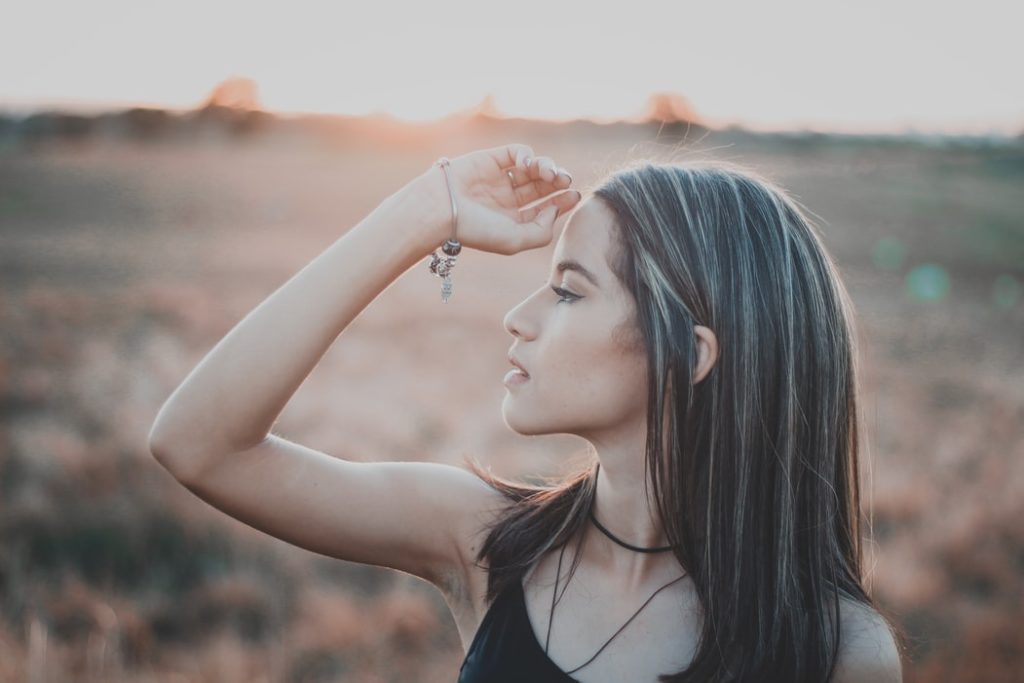 Here are the signs of an emotionally challenged woman that will help you see if the problem is with you. 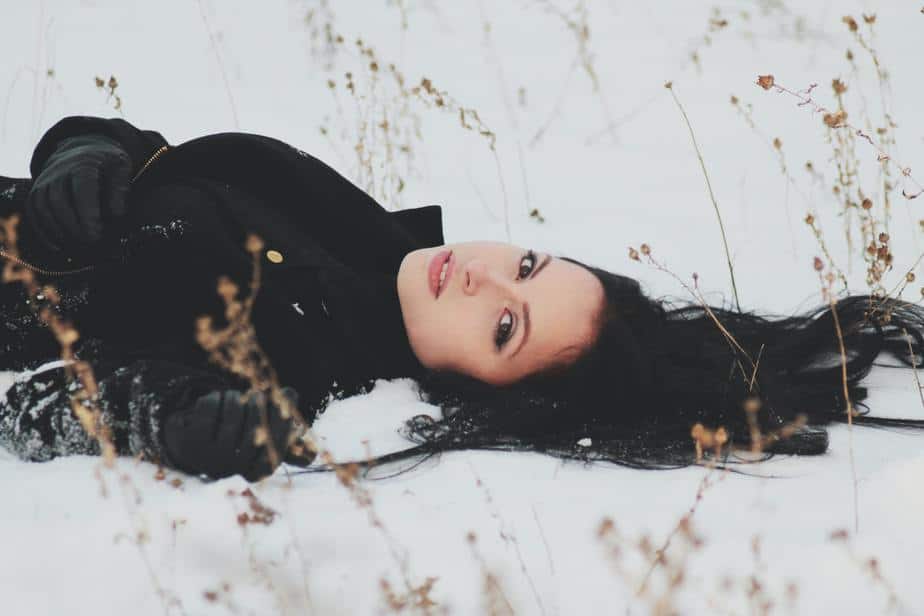 If you don’t know how to express painful emotions by crying, you could be emotionally challenged. When was the last time you cried?

Can you watch The Lion King or Bambi without shedding a tear? Do you cry only in the shower or somewhere where you know that no one will see you?

2. You hate when people comfort you 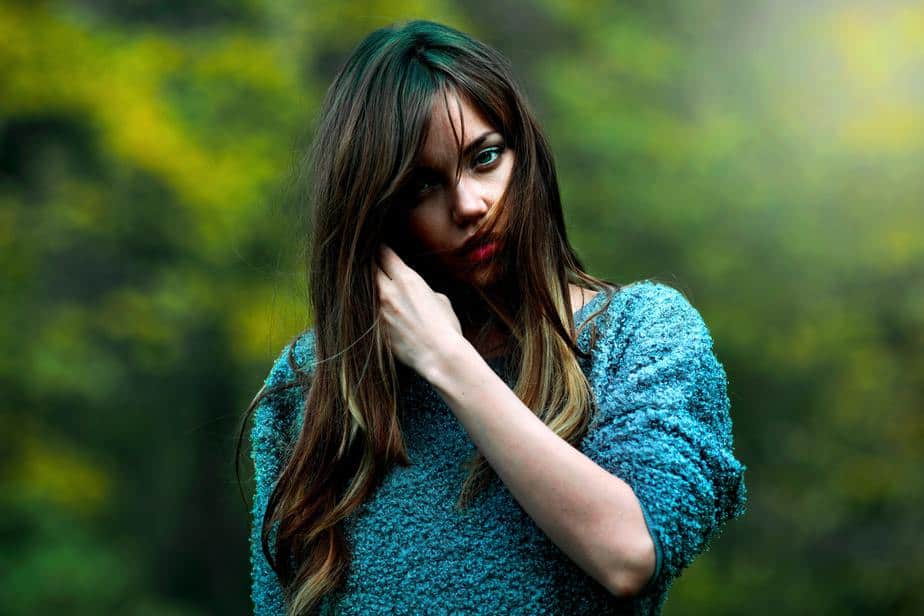 When people think that you are experiencing emotional pain, they will try their best to comfort you and it doesn’t help if you have tried to explain to them that there’s no need for that.

You simply don’t like it when people comfort you, but they can’t accept it, so it becomes awkward. 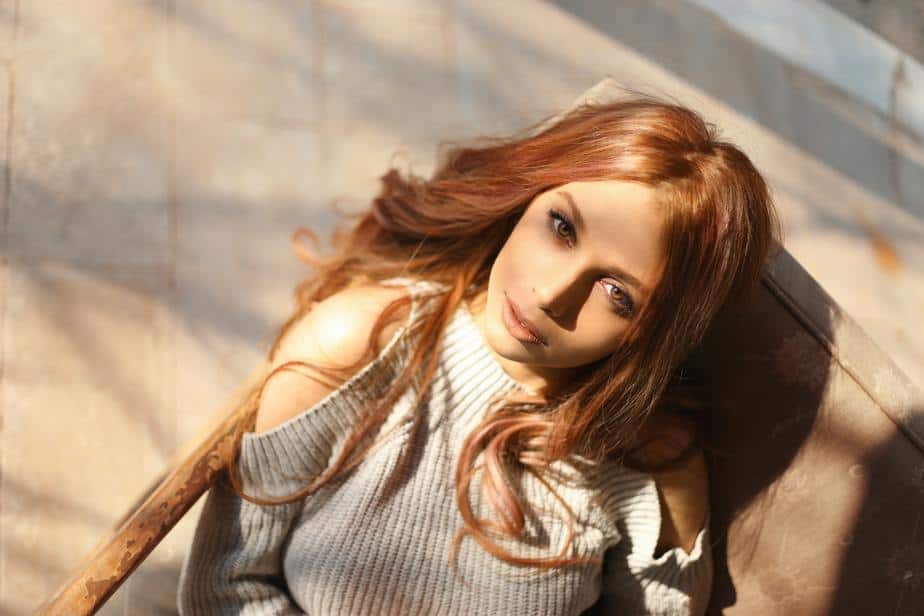 Even though you do experience emotions, you aren’t really a big fan of feelings.

Nobody likes painful emotions, but you don’t like the good ones either.

You wouldn’t like to give anyone the feels and you don’t like it when a guy gets too close to you, because you don’t want to get the feels either. 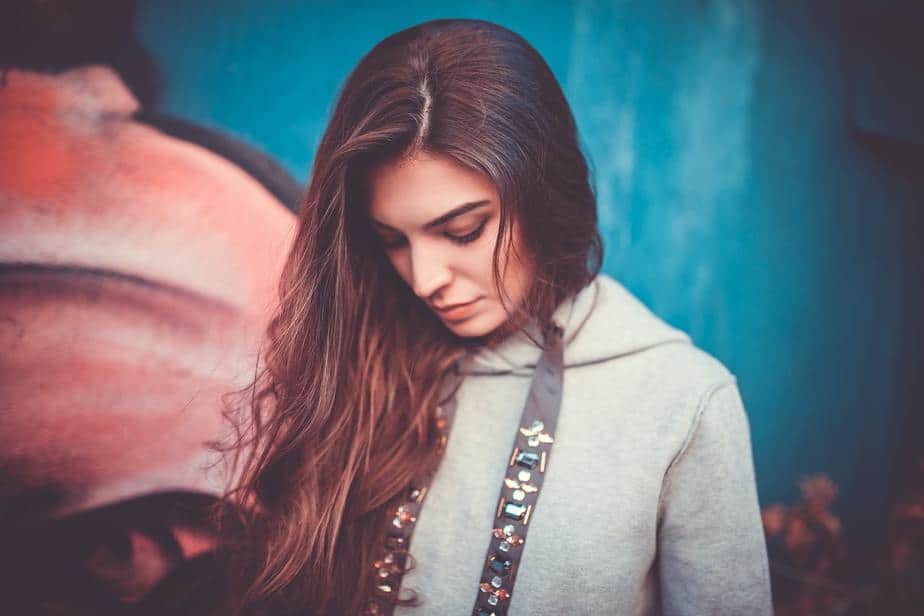 Other people’s emotions and public displays of drama don’t move you.

When someone is showing signs of emotional pain, a, “There, there,” and a pat on the back is the best you have.

You expect them to calm down after that because you really don’t know what else to do, and you just want for the drama to end.

5. You have to explain how you feel 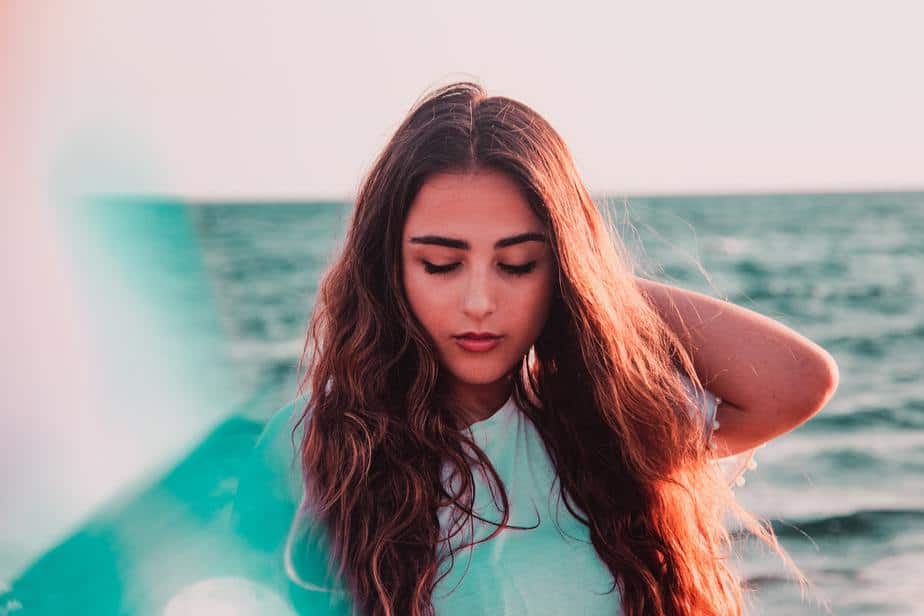 When you are in emotional pain, you would rather hide it for a long period than have to explain it to others.

And emotional troubles are hard… but you would rather pass them off as being sleep-deprived or having a stomach ache.

6. You don’t care if others think that you are a bitch 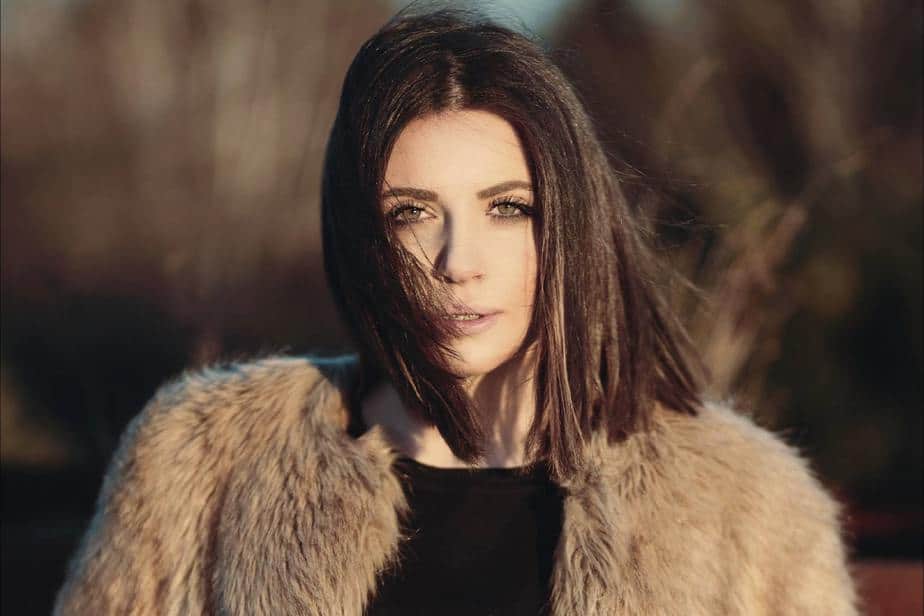 Understandably, other people will often think that you are cold-hearted or even a bitch but you couldn’t care less.

They don’t know your life, and they don’t understand you, so why should you care if they consider you a bitch?

7. You don’t really get relationships 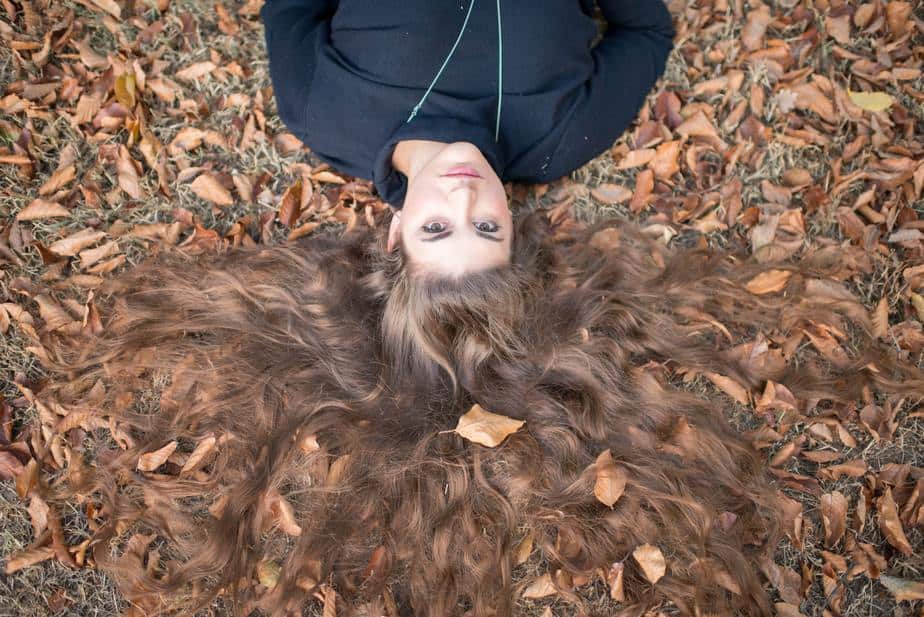 It’s really hard for you to understand that you are supposed to tell someone about how you are feeling and confide your deepest secrets and fears to them.

But you also overanalyze the topic of relationships and what they are about.

Still, you miss the point and don’t really get relationships; that is the reason why you are probably single and proud of it. 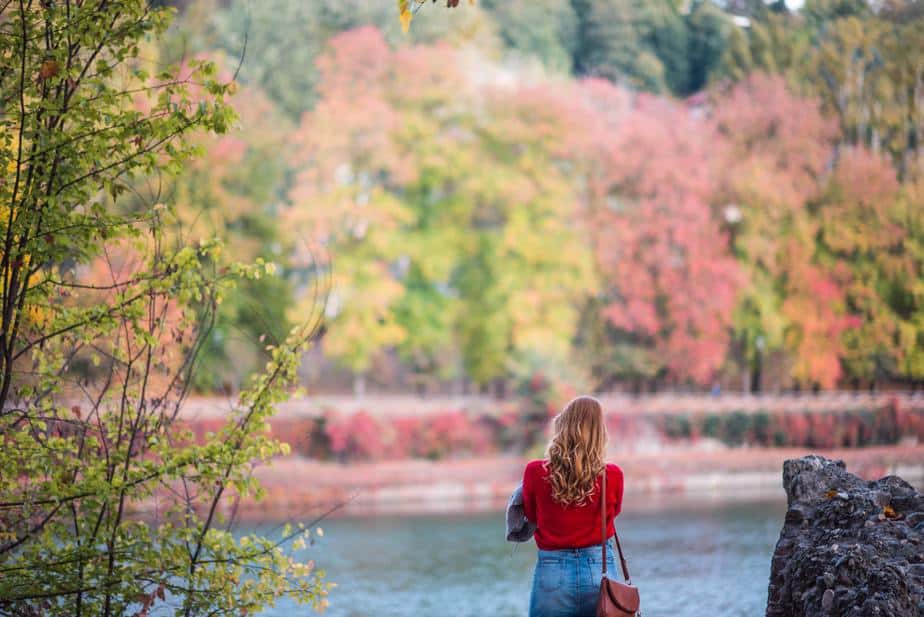 The way couples act and emotional displays of affection aren’t really your thing and you even consider them to be cringe.

When a couple acts all lovey-dovey for a certain period of time, you want to tell them to act like adults or at least be far away from them.

9. Your laugh is always forced 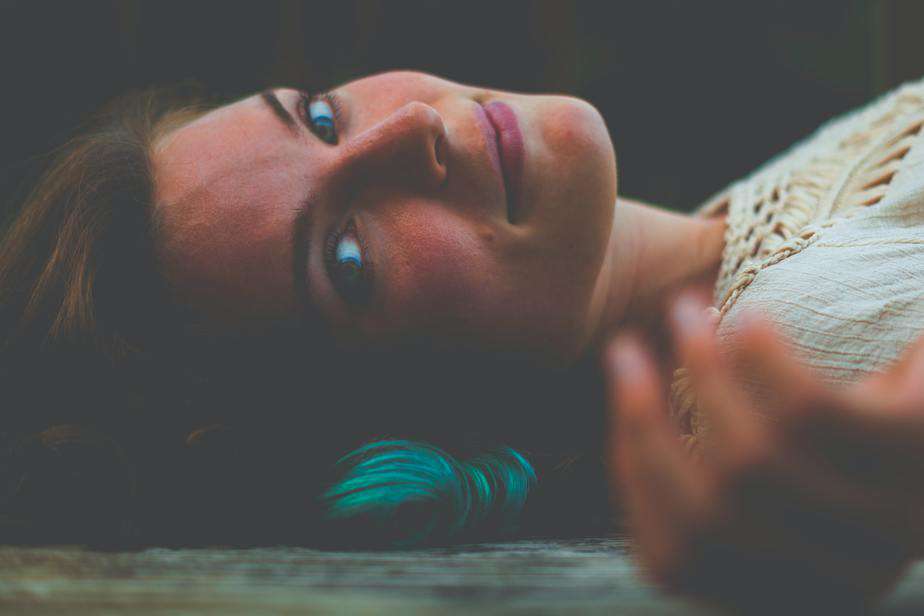 You have an awkward forced laugh that can be heard from far away.

And it’s not that you don’t have a good sense of humor… it’s just that you want to be polite when other people think that they are funny.

10. You have a resting bitch face 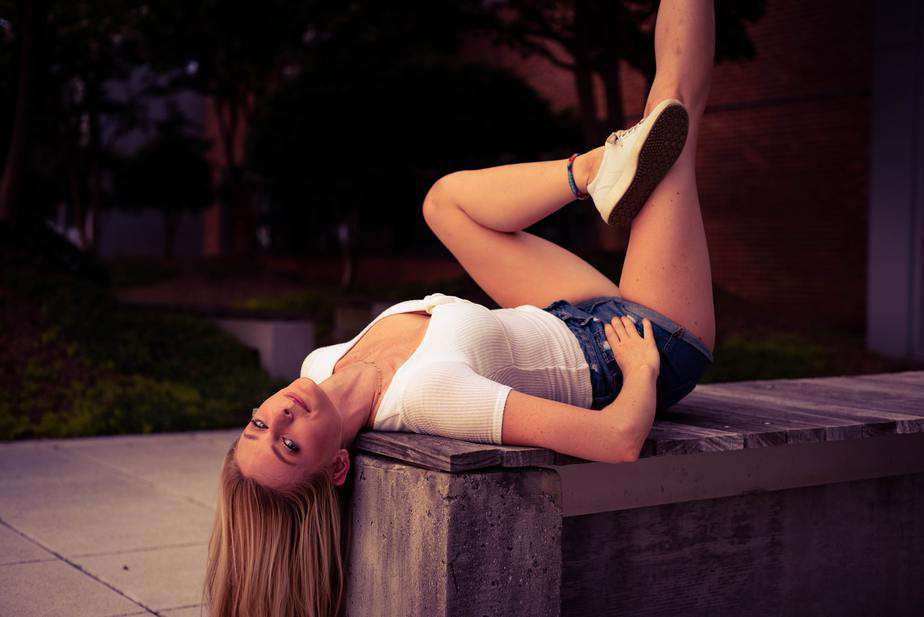 You probably know that people are judging you for it, but you wear your resting bitch face with pride.

Because that’s just who you are, and people will have to learn to deal with it.

10 signs of an emotionally challenged man 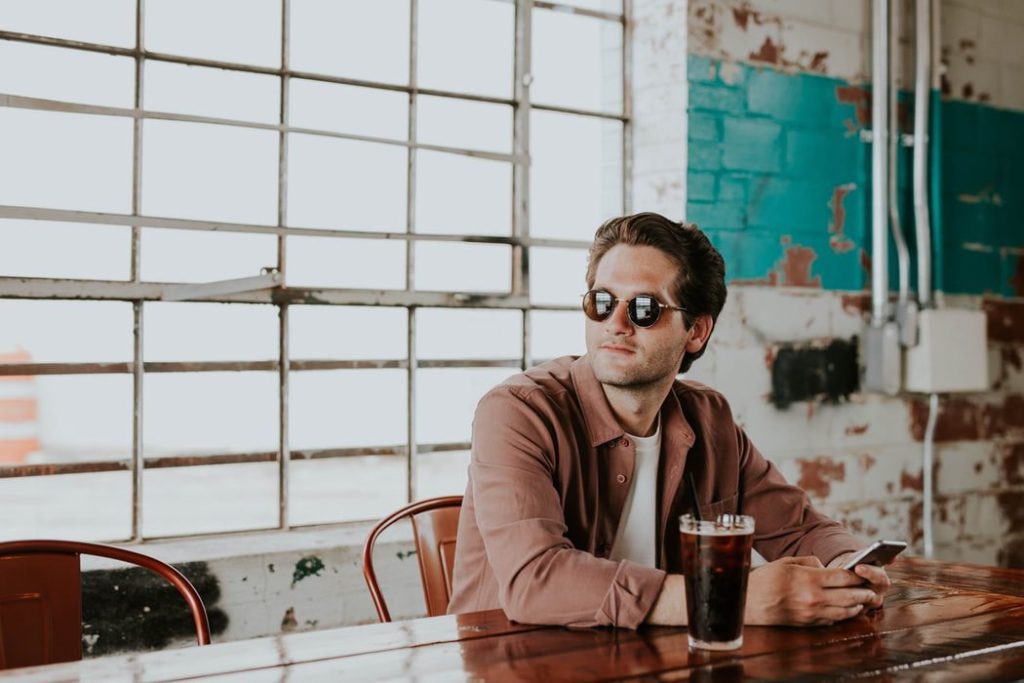 Here are the signs of an emotionally challenged man that will help you see if the problem is in him.

1. His emotions are shallow 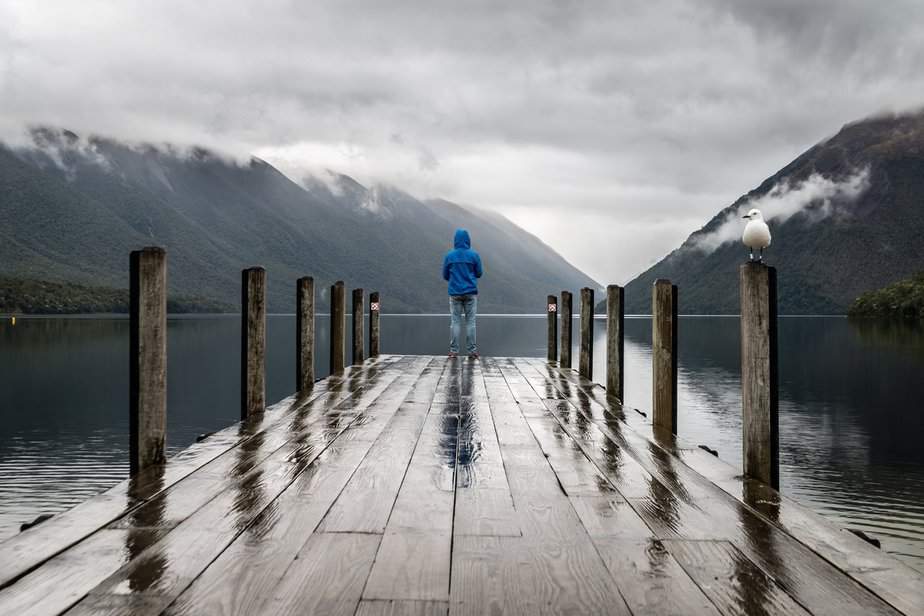 In less than a few weeks, you will hear the L word from this guy and he may even want to propose to you.

You will be showered with promises and attention, and there will be some endearing names.

But as they say, when things seem too good to be true, they probably are.

His shallow emotions will cause him to detach from you as fast as he wanted to marry you. 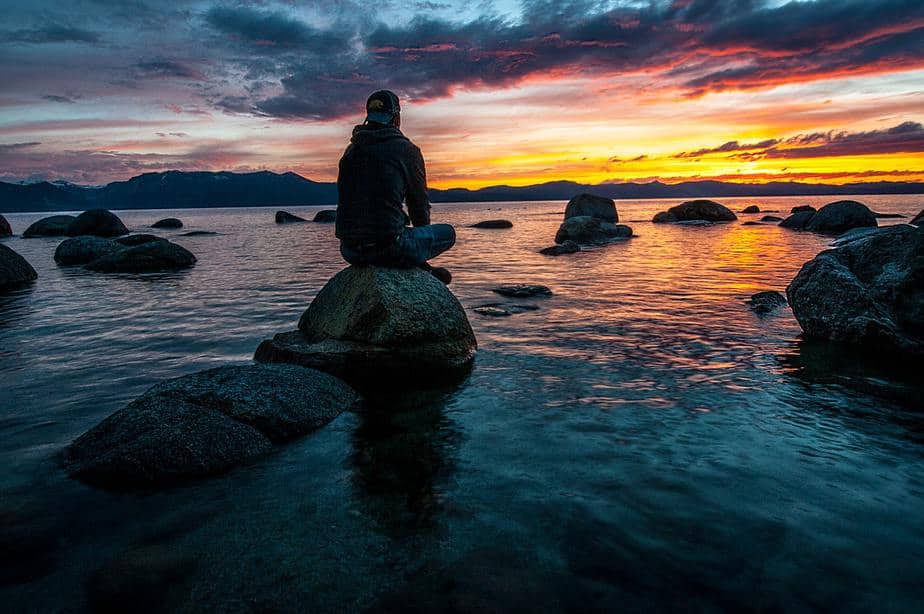 He will tell you all about how the world is an evil place and what others have done to him.

And soon, you will be one of those who have hurt him.

Your relationship will be full of arguing, blaming, explaining yourself, accusing, and defending yourself.

It will feel as if you are walking on eggshells because those who can’t handle unpleasant emotions are also those who are easily emotionally overwhelmed.

Most of them can’t handle frustration, rejection, or criticism and they also cling to bitterness and hold grudges. 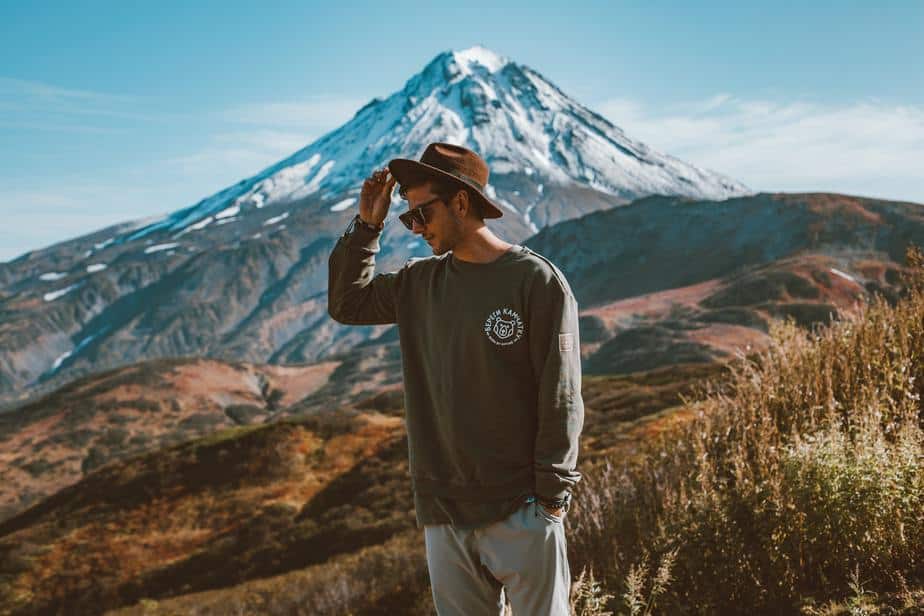 Has he toyed with your emotions? Maybe he promised to call but didn’t, showed up late, or forgets the things that matter to you.

With this kind of guy, you will always feel uncertain about where he stands regarding his feelings for you. All in all, he is emotionally cold. 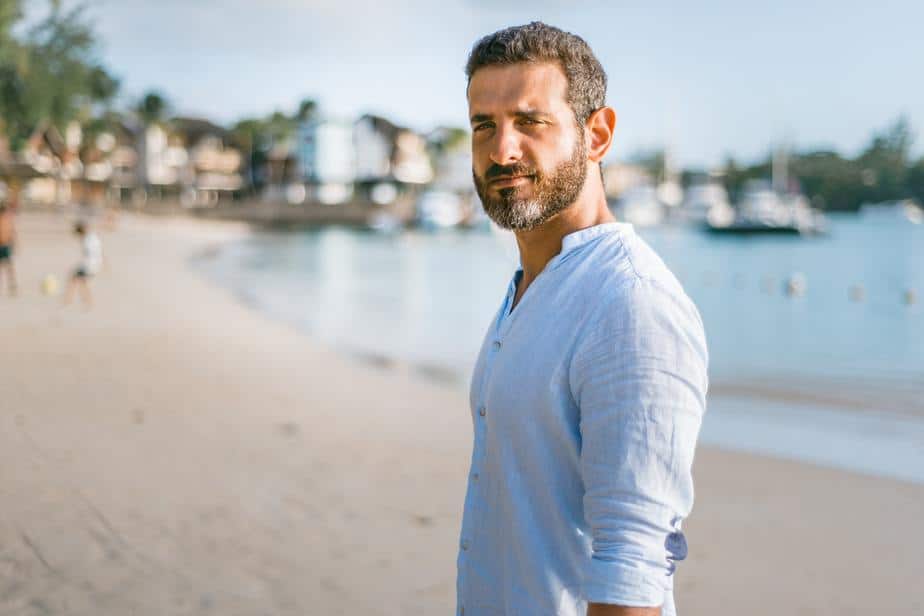 Just look at the way he treats perfect strangers, waiters, customer service people, or other drivers.

There will come a time when he will take out his temper on you as well and his words will become hurtful. 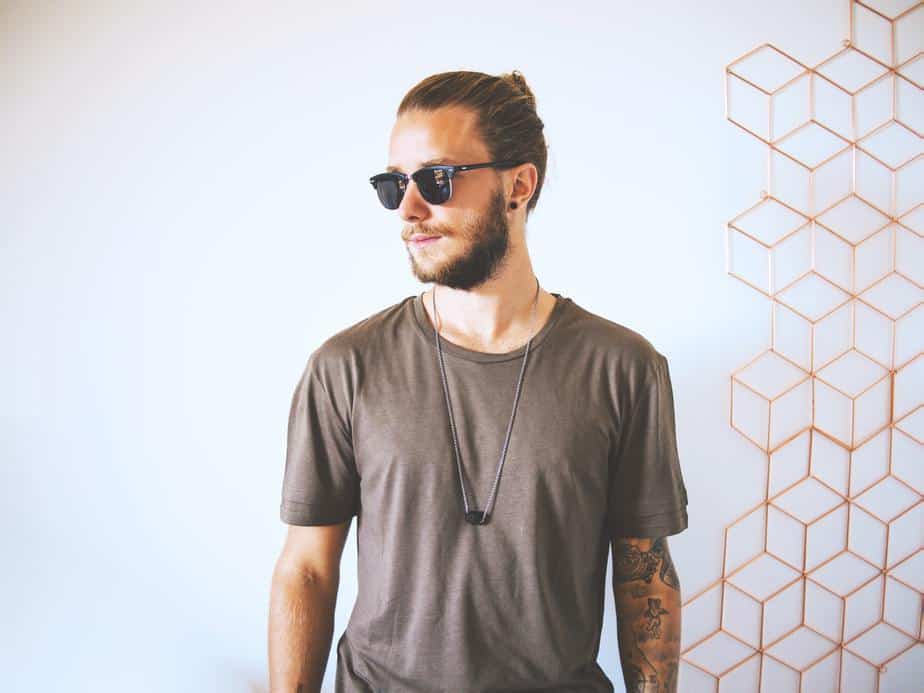 He will like to create a situation where he is the center of attention.

Some of these kinds of people even go as far as faking illness or at least exaggerating them.

He will also always exaggerate or distort things until they reach dramatic proportions.

You will spend all your time trying to make him feel better about himself and he will always come up with more schemes. 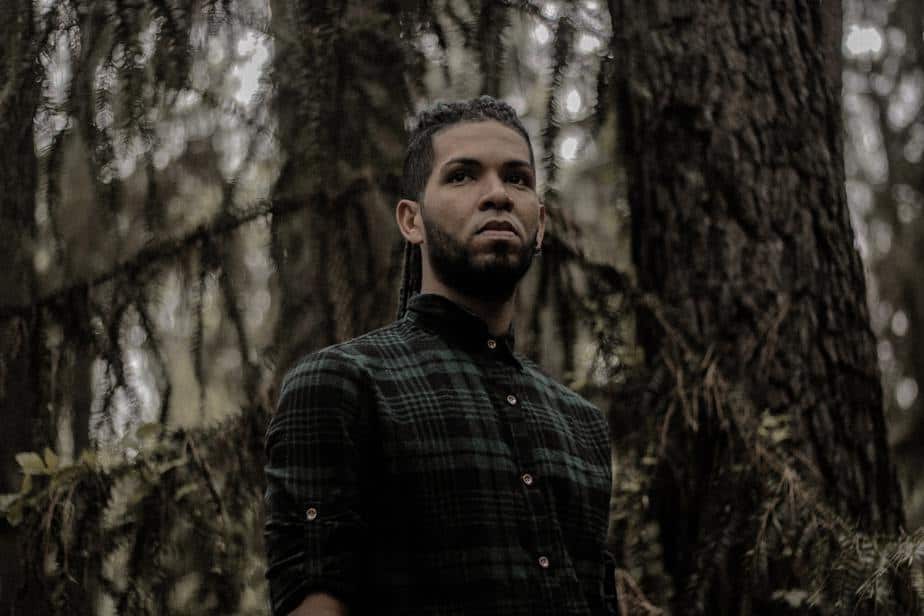 Maybe he can talk for hours about his favorite sports team or some problem he had at work but when it comes to his feelings, your relationship and plans for the future…he clams up.

He will even act dismissive sometimes because anything related to expressing feelings makes him silent. 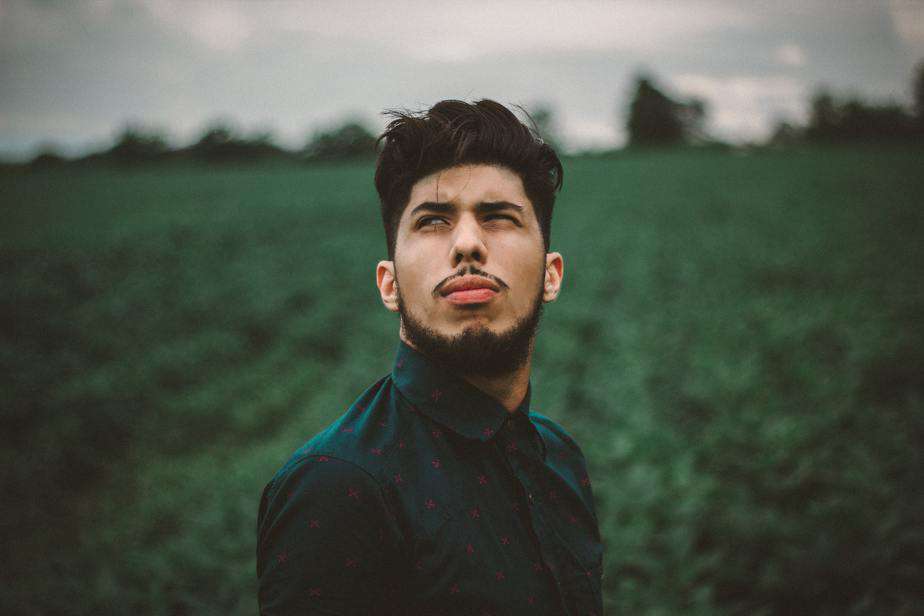 You will catch him purposely pushing your buttons so he can say something to you like, “You are always nagging,” or, “You are too emotional.”

But the reason why you became that way is with something he did. 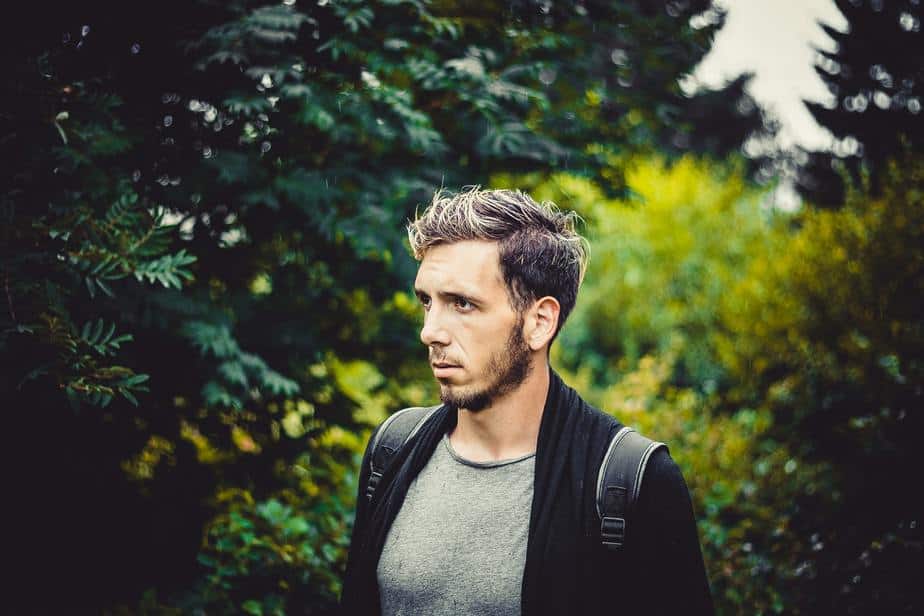 Sparing someone’s feelings by withholding information is just lying to the person.

It is also one of the signs that he really isn’t capable of dealing with his own emotions so it’s him hiding away again and his way of avoiding dealing with emotions.

9. He avoids talking about his feelings 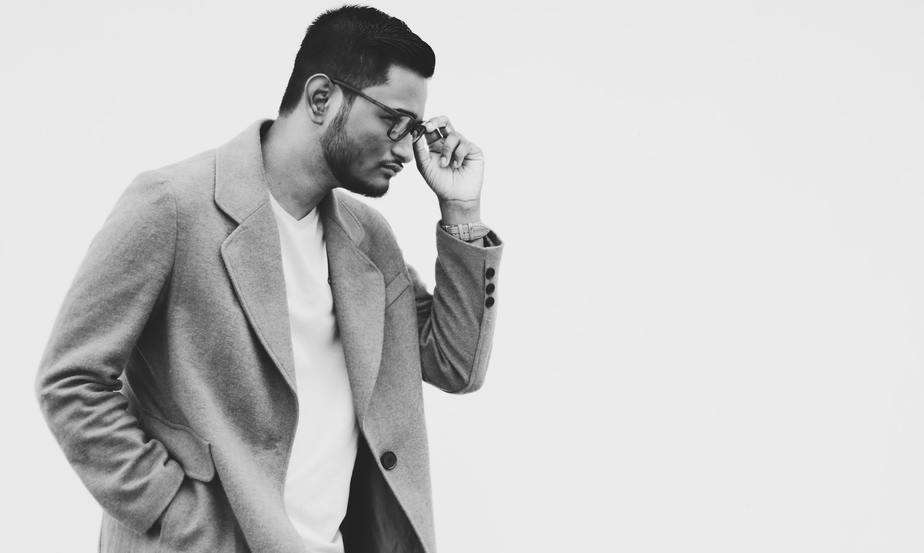 And he has gotten so good at it that you won’t even notice when he changes the topic. 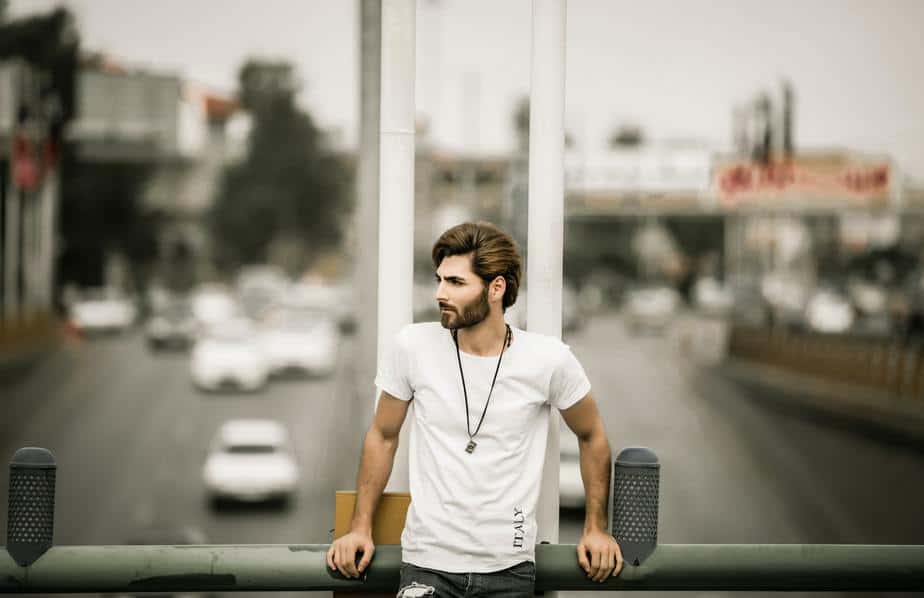 One foot in… one foot out. Do you see signs of hostility? Do you think that he isn’t really committed to the relationship?

Trust your gut, because you are probably right. 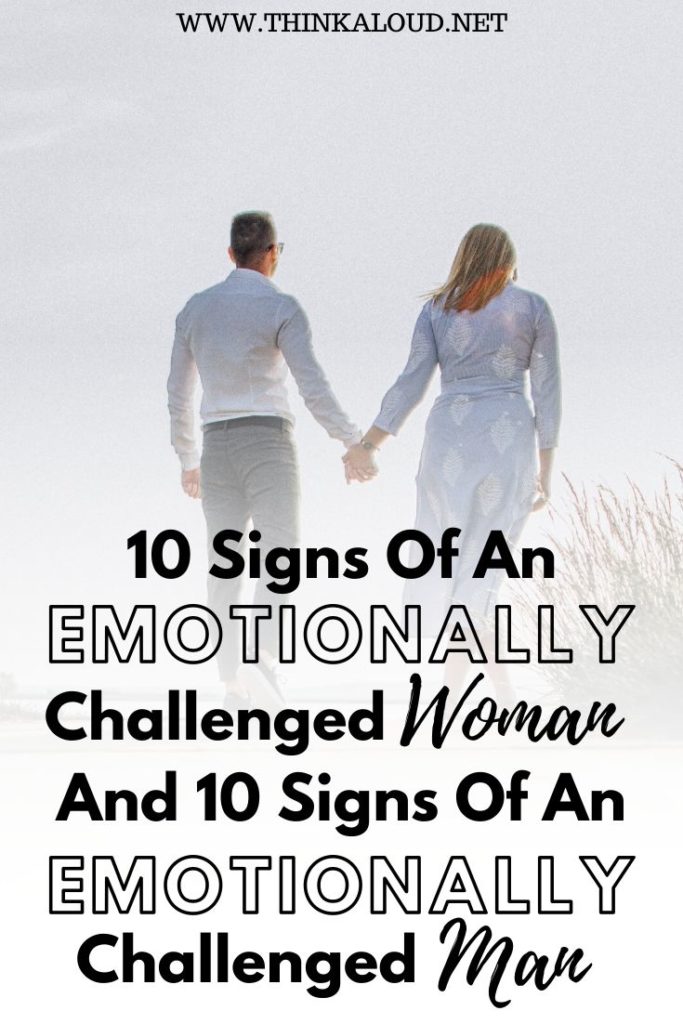