Real love. Real man. Real relationship. Something that every woman tries to find and eventually, some of them fail.

Don’t be discouraged by this sentence. There’s nothing wrong with seeking those values and just being happy with the choices that you have made.

Real men are very hard to find. It’s like they evaporated into thin air. In an age where finding and meeting a new person is just a click away, finding the right one seems like a challenge in itself.

Some women even go as far as to say that a ‘real man’ doesn’t exist. However, some men believe they are the definition of a ‘real man’.

If you genuinely want to know if you are in a relationship with a ‘real man’, my best advice for you is to pay attention to his actions.

More than anything, his actions say more about that person than the words that he speaks.

The thing that is important to know is that in a relationship, a ‘real man’ acts and behaves so perfectly that there is no other option than to love him and his style.

A real man doesn’t want to change his woman

Sometimes, you need to step back and think about how his actions affect the way you are behaving.

Do his actions affect your character in a way that you don’t feel comfortable?

A real man isn’t in a relationship because of your body or status; rather, he loves your entire being.

He loves and sees your true beauty and personality, and pays attention to your emotions.

Most women tend to settle for less, but you need to know that a real man will recognize all these features and cherish them.

A real man will treat his woman with the respect that she deserves. Don’t settle for anything else.

When a man truly loves a woman, he will go to great lengths to impress her.

He will even cook your favorite dish for you, even if he’s never turned on an oven before.

You know when you are in a long-term relationship, and you think about those times when dressing up and going out to dinner was a thing?

And now, you’re just ordering food at home and you eat it while watching a movie every weekend? Don’t do that.

A real man will shake things up and make you put on your best dress and have a great time.

Those times when your legs started hurting because you rocked all night should still be a thing. A real man knows that.

A real man takes responsibility for his actions

This one’s great. Hear me out. Everyone knows the story about Adam and Eve, how they had only one rule given by God, and that was not to eat the fruit.

And what did they do? They ate it, of course.

However, what’s interesting in that story is that Adam was given the fruit by Eve, and when God asked him why he still ate it, he answered, “It’s the woman’s fault, she gave it me and I ate it.”

Why would you blame your wife for something that you did?

You cannot avoid responsibility and that’s why God punished him, besides for eating the fruit of course.

As I wrote in the beginning, actions speak louder than words.

Men certainly make mistakes, but the difference is that a real man will take responsibility for his actions.

If he finds a reason to get out of a situation, then I’m sorry but I must inform you that he’s not the right one for you.

In most situations, a man will be given the task to be the responsible one. That’s just how things work. Just like a manager, he takes responsibility.

We can see from the example above that there is little compassion given to a man who blames a woman when things aren’t going well.

A real man will respect you in the relationship

One of the first things that every woman should receive is the respect that she deserves.

When a man doesn’t respect you then that man cannot qualify as a potential partner.

Don’t be a fool and expect that he will change later on. This is an essential quality that every man should have, no matter what.

You should pay attention to how he behaves toward other women, as well as his opinions and views and know that how a man talks about other women says a lot about him.

That’s one of the first signs regarding whether or not he will respect you in the relationship.

A real man will respect his woman at every level.

No matter how things are going, he will and should respect your past and your flaws. No one’s perfect, but a real man will accept you the way you are.

Don’t be afraid to share your values or beliefs. A real man will cherish and embrace them, but most importantly, he will respect them.

More things that I see most women tend to overlook are their emotional and physical needs.

You should be able to express those needs freely, and a real man will.

A real man should take the initiative

There’s nothing more boring than a man who doesn’t make up his mind and just avoids taking the lead.

We can agree that no one loves being criticized.

Being criticized for a wrong decision is hard, but it is better to make a decision rather than not make one at all.

Women don’t love men who back off when a situation requires them to step in.

Generally, people admire those who step forward when things get tough.

However, when you are in a relationship, your man should not wait for you to solve any problems.

Some men like to play it safe, but a real man will say, “I’ll handle the situation darling.”

Being ‘manly’ means being determined to resolve the problem at hand.

If he’s letting you make every decision by yourself, sorry dear but that’s not a real man. He needs to understand other people’s views and be adaptable.

A real man knows his priorities

This is something that is a core value of every relationship.

When he’s in a relationship, a real man will and must stay faithful and loyal to the one he loves.

There is no question about that. You should be his priority and you shouldn’t settle for less.

Every woman is searching for a man who is loyal to her, and I know it is hard to find that particular man.

However, a real man will devote his time and efforts to please you, and by doing that, he will not go out and search for other women.

Loyalty is a big problem nowadays.

There are so many sources where you can find someone else, and most men tend to run when things are tough.

However, there are still good men out there, and a real man will not succumb to his primitive emotions.

You should be careful whom to trust, especially in the early stages of a relationship.

According to several scientific studies, most of the cheating happens in these stages.

Being manly and macho doesn’t mean jumping from one girl to another.

A real man cherishes and values one particular woman, and that’s the beauty in finding everything in one person. A real man will do exactly that.

I know these are difficult times to find the right one for you. However, I believe that you should not settle for anything less.

Yeah, maybe he will tell you that he is a ‘real man’, but if his actions don’t support that statement and if he doesn’t do the things that I mentioned here, you really should re-evaluate your relationship.

Lastly, I would like to say that there are still ‘real men’ out there, just like you are a ‘real woman’. 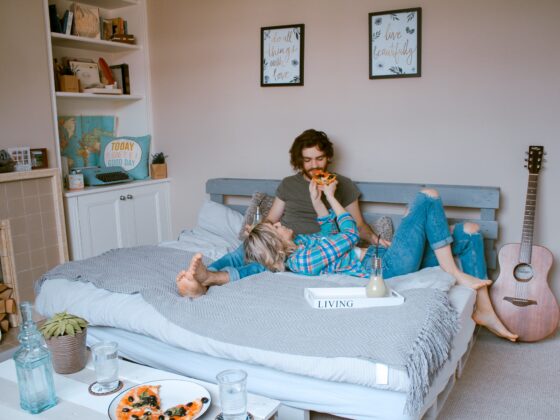 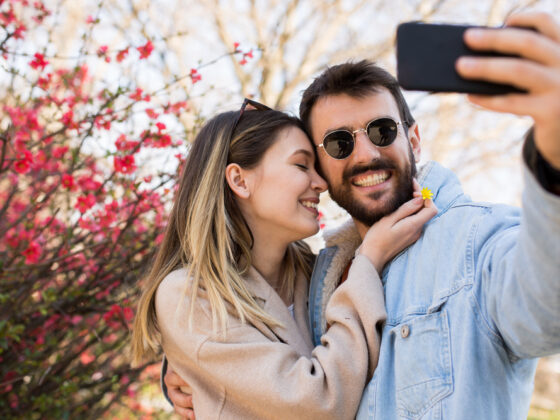 If He Loves You, He Will Do Whatever It Takes To Have You