Are you familiar with female-led marriage?

Gender roles don’t mean anything anymore, and women have become the ones who are in charge. Female-led marriage is a type of marriage where the woman is the dominant one, and her husband is submissive.

You might first think that men’s egos are too big for that, but prepare yourself to be surprised. A lot of men actually want to be submissive and wish to have a wife-led marriage.

There are no power struggles in a female-controlled relationship. The partners don’t have the need to fight about which one is more important.

Despite what you might think, a female-led relationship isn’t the same thing as feminism and it also doesn’t mean that the woman loses her femininity.

Wife-led marriage is a marriage in which the wife is the leader, and we have to admit that not all men are born leaders. Some of them want to be in a female-controlled marriage because it takes away the pressure society puts on them.

Why do we always expect men to be the dominant ones? Female-led households work perfectly well.

Maybe you haven’t tried a female-controlled relationship but someone you know is probably in a female-led marriage; you just don’t know it because they are afraid of being judged.

Let’s stop pressuring men to be dominant when many of them want to be submissive. Female-led households are all around us; we just stick so hard to our beliefs about gender roles.

I’m not saying that female-led marriage is for everyone, but for those who like it, it works!

Haven’t we all already realized that anything a woman can do, a man can do, and the other way around? In a female-led marriage, the wife is in charge of making decisions and paying the bills.

We are so used to men being the providers that we forget about many women who have successful careers and female-led marriage reminds us of that.

Traditional marriage is great, but a female-led marriage shows us that we shouldn’t blindly obey the traditional rules.

Now that we have talked about female-led marriage, we’ll focus on the reasons why this type of marriage works.

Let me just first tell you that there are four types of this kind of arrangement.

1. The first type is the mildest one, and the woman dominates in just a few situations without being completely comfortable with it.

2. The second is the moderate type, and the woman dominates in everyday matters, but there are clear boundaries for what she is comfortable with doing.

3. The third is the serious level where the woman has almost complete dominance. She takes control of just about everything and assumes the male’s role.

4. The fourth is the extreme level where the woman has complete dominance, treats her man as a servant and  controls everything.

1. Women are better at organizing

Let’s be honest for a minute… When it comes to organizing and being efficient, aren’t women better than men at it?

Whether it’s working long hours or taking care of their home, women are efficient and organized. Sure, men can do all those things, but we have to admit that women are simply better at it, so they do a better job.

Paying attention to details and to the feelings of other people come naturally to women, while not all men are great at it. Instead, they prefer to avoid any complications and to keep things simple.

In this type of marriage, the wife organizes the household chores, and she’ll surely divide them equally between her and her husband.

Aren’t you familiar with marriages where the wife tells the husband what needs to be done in the house, as well as how and when to do it? She makes things simple for him, and he doesn’t mind getting his hands dirty.

I don’t think that we live in a time where it’s strange for a wife to tell her husband to do the dishes.

2. She does the best she can to keep everything together

We have to give credit to the wife in this type of marriage, because she does the best she can to keep everything together.

The thing about women is that they are fully aware of every little thing. They are aware of every part of their home and nearly everything that goes around in their husband’s head and even if it takes hours of arguing and talking, a woman will try to keep everything together.

Men, on the other hand, give up when there are so many complications and problems. They don’t approach solving a problem with as much determination as women; in fact, they are often unaware of a problem existing in the first place.

They don’t have as much awareness of everything at all times as women do. When there’s a problem, a woman will get to its core and won’t stop until she solves it. I bet that problems get solved quickly in this type of relationship.

3. Women are better at multitasking

Don’t we all already know that women are better at multitasking than men? A lot of women have successful careers, take care of the things at home, take care of their children, and look gorgeous for their men.

They can manage so many roles with success and still look fabulous while doing it. Honestly, I often ask myself how they do it.

Men, on the other hand, deal with just one thing at a time so why would a man give power to a woman?

Well, doesn’t she already have it? He will admit this, and that makes him a modern man who won’t let society force him to take control.

A relationship where a woman is in control is successful because she’s good at making it work. She makes everything work, and her husband knows it and admits it.

4. Their relationship is more open and straightforward

When it comes to everyday situations in this type of marriage, there’s no guesswork, which makes it possible for everything to run efficiently and smoothly.

When partners in this type of marriage have an issue with each other, they express it as soon as it appears and deal with it right away. This is because this marriage is more open and straightforward than a traditional one.

Why is that so? Well, women understand that communication is the key to a successful relationship. Men, on the other hand, often neglect the importance of communication.

It’s really nice to be in a relationship that is straightforward and open, where both partners understand how important communication really is. When a woman leads in a relationship, you can be sure that nothing will be left unsaid, and there will be no reading between the lines.

It’s nice for men not to have to guess what’s going on in their wife’s head because she always says everything that’s on her mind.

5. Their communication is better

What makes this type of relationship healthy and happy is the fact that these couples express their feelings even better than others. They both understand that silent treatment and mindless shouting won’t get them anywhere.

Expressing themselves and communicating is very important for their relationship… and they understand it very well.

It’s in women’s nature to be sensitive and aware of all the issues and that’s what makes them deal with problems before they get out of hand.

Men aren’t as sensitive or as aware as women, so they don’t tackle problems as soon as they appear, which is why a marriage where the wife leads works.

The wife in that marriage gets things out of the way so that they can both just enjoy life. They communicate more than people in traditional marriages, and it makes sense.

After all, if you ask women, communication is everything. Men aren’t always that good at communicating, but when a woman leads, it is much better.

Even if the man makes more money, in this marriage, he doesn’t have all the power. Both partners are equal in this type of marriage, and it’s about time there was a good distribution of power, as this is something both of them can profit from and enjoy in the process.

Isn’t it easier when both partners are fighting for the marriage than when it’s just one? As long as the woman doesn’t take advantage of that power, if you put it in her hands, great things will happen.

The man in this marriage doesn’t feel pressured to keep his wife happy. He puts her in charge, and this is what allows their marriage to thrive and for everything to run smoothly.

She asks him for help whenever she needs it. When she needs him to simply hold her, she’ll ask for it without feeling any shame.

She has made sure that her husband and she understand each other and communicate efficiently. Therefore, she won’t hesitate to ask him to take charge when she needs to just be herself for a while.

She knows that he respects her and that she can rely on him because he loves her for everything she is. He also doesn’t feel pressured by society to be a leader. It feels nice having a woman in charge, and he can relax and not worry about what society expects from him.

Is it so weird for a man to want to stay at home and take care of the house and the children? I don’t think so and, in fact, there should be more of them like that.

8. It’s an enlightening experience for both of them

Switching roles can actually help you see both sides of the coin, and you start appreciating your partner’s efforts more.

Giving power to the woman can be empowering for both partners but what matters most is that there’s a balance. No type of relationship can work if only one partner makes all the decisions for both of them.

I mentioned earlier the types of relationships that are led by women, so you probably saw that the first one is too mild while the fourth one is too harsh but there’s always something in the middle.

Another important thing is respect, and it has to be mutual for the relationship to succeed.

Have you heard the saying ‘happy wife, happy life’? There’s truth to it, because when you have a happy wife, you’ll have a happy marriage, and therefore, a happy life and that’s what this type of marriage is actually all about.

It’s not just about women having complete control, but about communicating better.

When a husband communicates with his wife, he’ll always know what she needs to be happy, and she’ll make his life happy as well. He gets to understand more about his wife and to know right away what it is that she wants.

Where there is mutual respect and healthy communication, a relationship leads to success!

So, that is why this type of marriage works, and don’t forget to read our other article to learn even more about it! 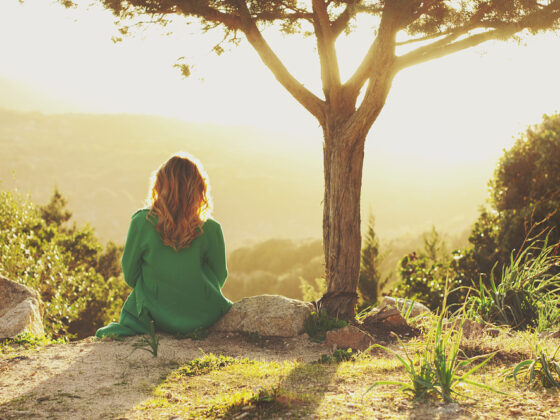 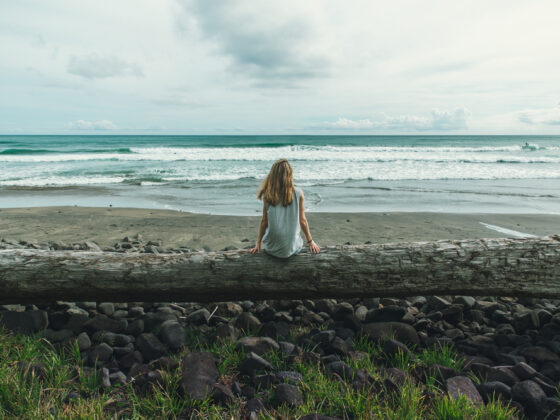