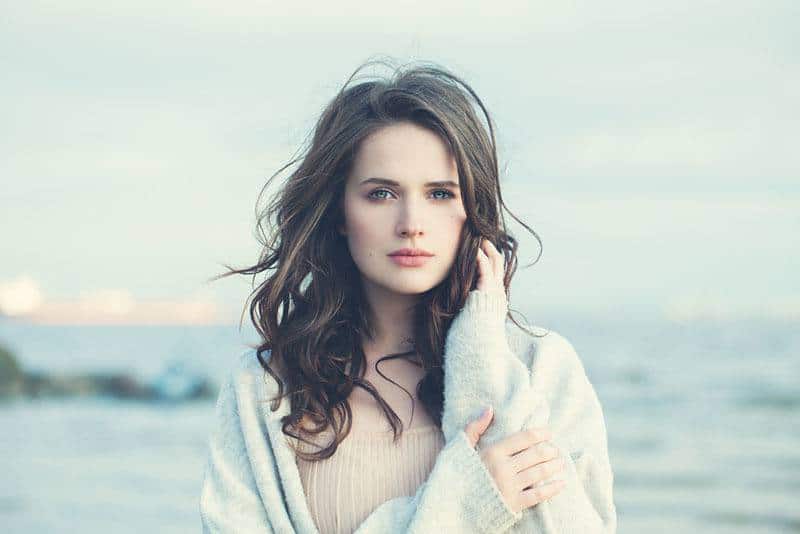 She gave you all of herself, her support, protection, affection, and understanding without asking anything from you in return. Because she believed in unconditional love and thought she had that with you. She never could have imagined that things would go that far and that she will have to beg for your love.

But the truth is, you took for granted and didn’t care about her efforts no matter how much she tried to make things work. She was fighting for your relationship, but it was no use since you gave up on it long before she realized it was over.

Now you are regretting your decision of breaking up with her, but she is probably already happy with someone else, and you have no right to ruin that for her just because you have finally come to your senses.

The truth is, you are probably never going to find someone like her again, and you know it now, so you are regretting losing her, but it’s too late.

There was plenty of time for you to love her when she gave you her heart and tried her best to fix whatever was wrong in your relationship.

And she most certainly did try everything just to make you see how much she loves you and wants to be with you.

But you ignored her efforts and kept taking her for granted until you finally lost her. And now you are scared that you will never again find someone who will love you that much and try hard for you.

Unfortunately, it’s too late now for going back, and you should let her be now that all the tears for you have dried. And how much she cried when she begged you to love her…

You know that you are incapable of giving her what she needs, and she wanted unconditional love from you. She deserves to be with a man who will take care of her and who will care about her feelings.

You had shown that you were not that man when you pushed her away despite all her efforts to make it work. Now she needs to be with someone who will know that she is worthy of love and is good enough for a man who will cherish her.

She used to look at you like you are the best man in the world, but you have proved her wrong and maybe even caused her to lose faith in love altogether.

Because she did love you with all her heart and gave you all she had to give just to keep you around. But you threw away everything, and you threw her away as well.

Now you can see her looking at some other guy the way she used to look at you, and it hurts. But now you finally get to feel the pain she felt all those times she tried hard to keep you, but you have ignored her and grew cold while she cried for you and begged for your love and affection.

Only you know why you couldn’t give her what she wanted and all she wanted was your love. Why were you unable to love her the way she loved you?

Whatever the reason was, it shouldn’t change now that she is happy with someone else and don’t dare to ruin her happiness just to get her back again so you could throw her away once more when the same reasons you left her for before come back.

No one deserves to be treated that way, and she is not some doll waiting around for you to pick her up and play with her whenever you please. She deserves so much more than that, and there surely will be a man who will want to treat her like a princess, like you never could. Or maybe you simply didn’t want to.

Don’t dare to blame her for letting you go because you know how hard she tried to make your relationship work. It was you who didn’t want to put in effort in the relationship, and by taking her for granted and not carrying about your relationship, you have lost her forever.

And she didn’t forget all the things she had to go through with you, but it could be that she still loves you and waking away from you and your relationship was probably the hardest thing she had to do. But she had to do it, and now that it’s done, let her be and don’t try to win her back again because she needs to move on and to find someone who will appreciate her the way you never did if she hasn’t already found someone new.

You didn’t treasure her as you should have, and she has cried so much for you, but you didn’t care about her tears or about her for that matter. And be sure that she wanted with all her heart to stay with you but you let her go, and now there’s no going back.

You had your chance with her, but you blew it, and now it’s someone else’s turn to try and make her finally happy. Everyone deserves to be treated with love and respect, and if you couldn’t give that to her, you have to let her find it somewhere else.

And you have to understand that she is not the same as she was before. She will not look at you like you are the best man in the world; in fact, she will look away when she sees you because she doesn’t want to be reminded about how much she cared for nothing.

You have betrayed her trust, and now she no longer worships you, and you miss that. But she has found out that you will never be able to give her what she needs and love her the same way she loves you. You are going to notice that she is more confident now, and she is not that sad little girl you left crying for you.

You are going to regret losing her once you see how much stronger she is now. But it will be too late, and you need to let her be because you had your chance, and now it’s her turn to finally find happiness.