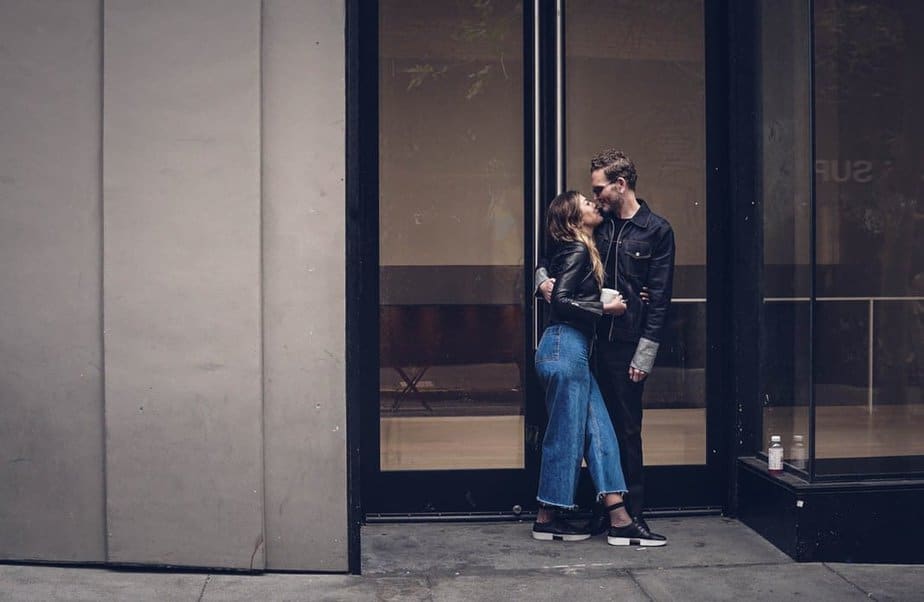 The thing is, most men don’t really know how to express themselves verbally and talk about their feelings. But no matter how hard they try to hide their attraction for a girl, it will still show in their behavior, and there will be powerful signs of male attraction.

Even though most of the guys aren’t comfortable with sharing their feelings with you, and this makes it tricky for women to figure out what they are thinking, there are some signs that reveal the truth. Men are actually scared of rejection, and this is the reason behind their incapability to talk about their feelings. But the signs of attraction from a man will tell his story instead of him.

Just by learning to notice and recognize signs of male attraction, you will finally get to go inside of his head and find out what he is really thinking. So, if you have met a guy but are still not quite sure how he feels about you, check out these powerful signs of male attraction I prepared for you, and finally find out is he attracted to you or not.

Here are the 20 powerful signs of male attraction:

1. He is revealing things about himself 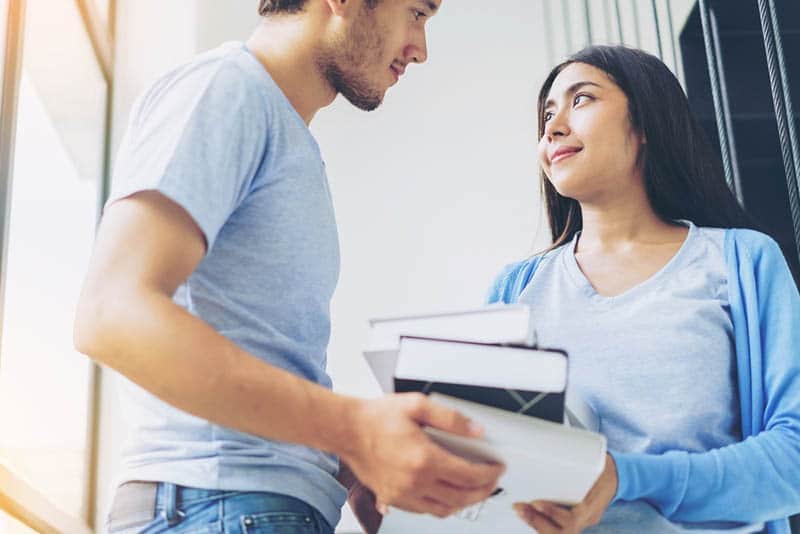 There are things about us we don’t want everyone to know, and if he has shared some information to you that is personal and not for everyone, it is one of the subtle signs of attraction and his way of telling you that he trusts you.

Maybe he shared a story of his childhood with you, or has revealed to you that he has a secret collection of army men… Whatever it is, it is something that he shares only with people with who he has a trusting relationship, and with those he wants to keep in his life.

2. He smiles when he sees you

The expression on someone’s face reveals a lot about what they are thinking and how they feel about you. So if that expression is a big smile that lights up his face every time he is around you, it’s one of the clear sings of male attraction.

He is probably also smiling every time you make eye contact, and this is one of the classic signs of attraction from a man.

The sad truth is that people most of the time aren’t really listening to what the other person is saying but instead just wait for their turn to say something. But when you want to see male signs of attraction, just notice how all of his interest is focused on you and how you are the center of his attention.

If he genuinely cares about how you are and what have you been up to and listens carefully to your answers, you don’t have to wonder no more. He will have more questions for you and will really engage with you when you answer them.

4. He is complimenting you 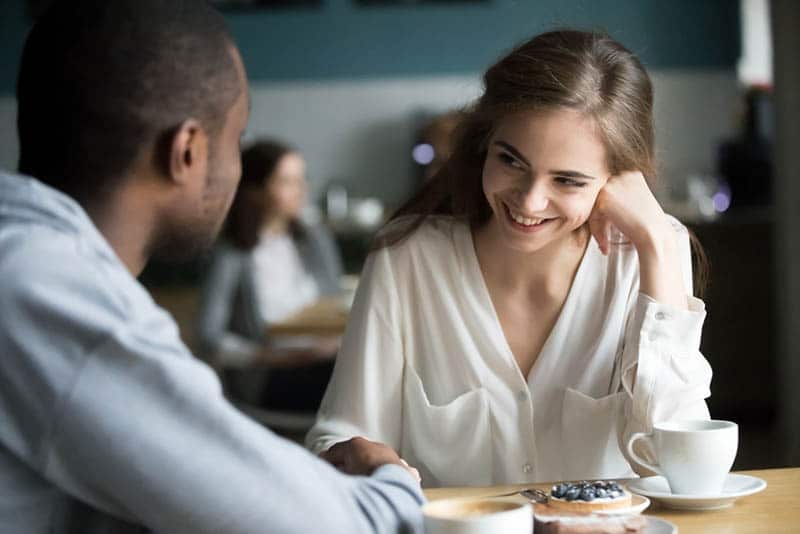 One of the most obvious signs of male attraction is the compliments he is showering you with. Compliments are the oldest and most common way of flirting, and he wants you to know that he thinks you are gorgeous and amazing.

Especially if he is usually shy, giving you compliments is one of the powerful sings of male attraction.

5. He is checking you out

Another one of powerful sings of male attraction and one of the oldest and most common ones is him checking you out. Men can’t help it – when they see a woman they are attracted to, they have to check her out and strip her with their eyes. This is actually the most honest compliment you can get from a man.

A gentleman will try to resist this urge, but if his eyes still do their business, you can rest assured that he thinks you are one of the hottest girls in the world.

6. He is touching you

If he is trying to initiate physical contact by sitting close to you and touching your hand during a conversation, he is under the spell of the great chemistry that’s going on between you two and can’t resist the urge to get physical with you in any way possible.

But make sure that he is being a gentleman about it because you don’t want a man who’s only intention is getting you in bed with him as soon as possible. 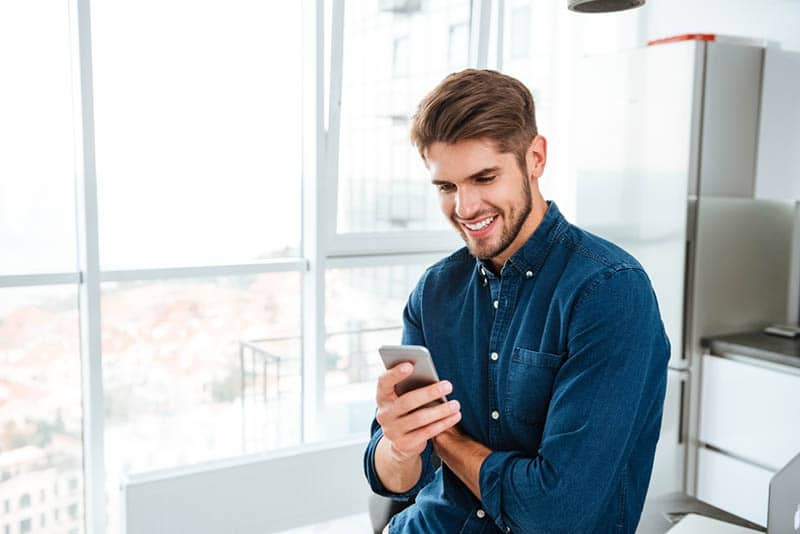 A man who wants you to be in his life something more than a one night stand will try to maintain contact with you and hear from you on a daily basis. Especially when he is calling for no reason whatsoever except to hear your voice and let you know that he is thinking about you, you can be sure that he is showing male attractions signs.

Even if that contact is just something like a message asking what’s up with you, you can be sure that he is really into you and wants you in his life. Especially if he is sending you goodnight and good morning messages because this means that he wants to start and end his day with you.

Not all men signs of attraction are as great as we would like them to be. As any man who wants a woman for himself, he will become a little possessive and show signs of jealousy if you mention another man in your life or he sees you with some other guy.
The male attraction is more than just chocolate and roses; it is a lot of jealousy and the need to be the only man in the girl’s life.

Another one of the signs of hidden male attraction is his protectiveness. If he is always picking up the check, walking you home, or giving you his jacket when you are cold, he is a keeper, and he is also very much into you.

What he is trying to do is get you to feel safe and protected when you are near him because men consider that to be their job – to protect the damsel in distress.

10. He wants to spend the weekend with you

Every working man highly values his weekends, so if he wants to spend those precious free days by your side, you don’t have to look for more signs of attraction from a guy.

If that spending time during the weekend consists of him being with you and your friends or you hanging out with him and his friends, he clearly is into you and not just physically.

People who are in a relationship often start to look and act like one another after some time together, and when a man likes someone very much, he will start acting like them sooner.

So if your guy is copying your motions and miming you, consider it to be the greatest form of flattery and be happy because these are the classic signs of attraction.

12. He is different with you 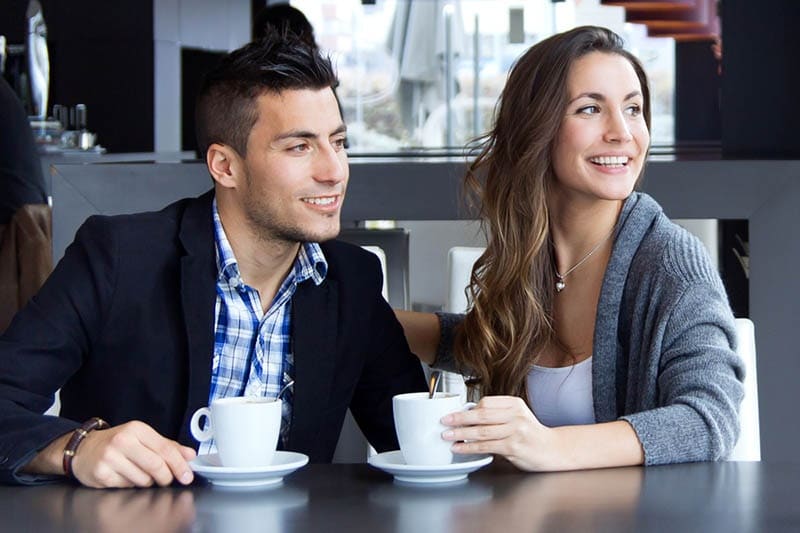 I remember ever since we were little girls, we would wonder why do boys act differently when we are alone with them then when they are surrounded by their friends. So if he is treating you differently than others, especially other females, he has a big crush on you.

This is proof that you are special to him; that is why he is treating you specially.

13. He introduces you to his friends

Clear signs of attraction are when he is talking to his friends about you and introducing you to them. If you already know all of his friends, he considers you a keeper. Otherwise, he wouldn’t have bothered to introduce you to all of his friends.

There are no hot and cold games when a man is attracted to you so much that he wants you to become an important part of his life. He won’t lie to you or give out fake promises. This is because he is trying his best to prove himself to you as boyfriend material.

And why else would he be doing that if he doesn’t want to be your boyfriend? He wants you to know that he will be consistent, and you won’t have to worry about what will happen next if you decide to give him a chance.

One of the clear signs of attraction we are all familiar with from the Fifty shades of gray is the lip-biting that is a subconscious expression of attraction. So if he is looking intently at your lips and biting his, he is actually imagining you two kissing.

He might be licking or touching his lip instead of biting it, but whatever it is, he is focused on lips because he is dreaming about touching yours with his.

16. He laughs at your jokes 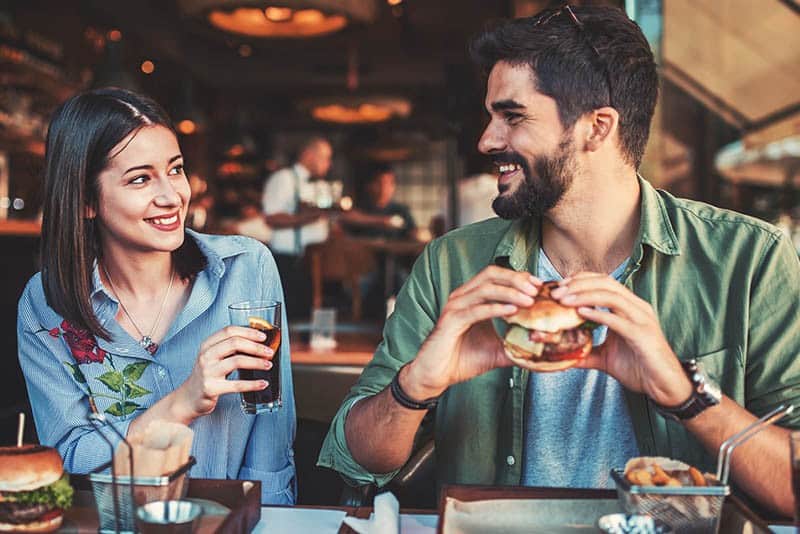 If your jokes aren’t even that funny, it is clear that he is laughing because he is under the spell of infatuation. He might even take it further and compliment you on how funny you are because he wants you to know that he enjoys your company and thinks of you as more than just a hot body.

A lot of people think humor is sexy, so what he is actually trying to say is that he considers you sexy. He is into your personality as well as your looks.

It is important to a man that you think of him as helpful and handy, so whether it’s fixing your computer, setting up your stereo, or moving your couch, he will do you a favor and try to appear handy.

But let’s be honest, he is doing you favors because he expects in the long run more than just a “thank you”.

18. He is ignoring his phone

When he is with you, he will ignore anything that might distract him from paying attention to you, including his phone. Don’t be surprised if he doesn’t want to answer his phone when he is in the middle of a conversation with you.

This is because your conversation is more important to him than any other, and he wants you to know that he will always put you and your needs first ahead of everything else in his life.

If he is always looking his best when he is with you, he is purposely trying to look his best for you. Notice has he put on cologne or is wearing an expensive watch.

Women might like dressing up more than men do, but that doesn’t mean they won’t put in a little extra effort into looking good for someone they are attracted to.

20. He wants all your attention

When you are in the company of other men, he will start talking more and become lauder because he will do anything to keep your attention on him and away from other guys. 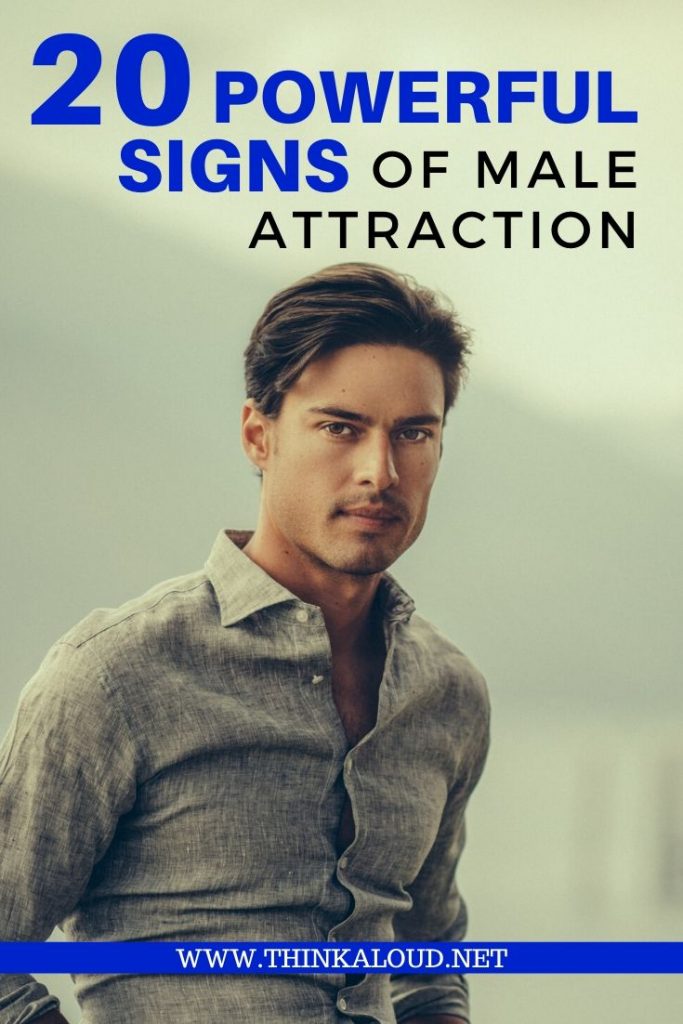