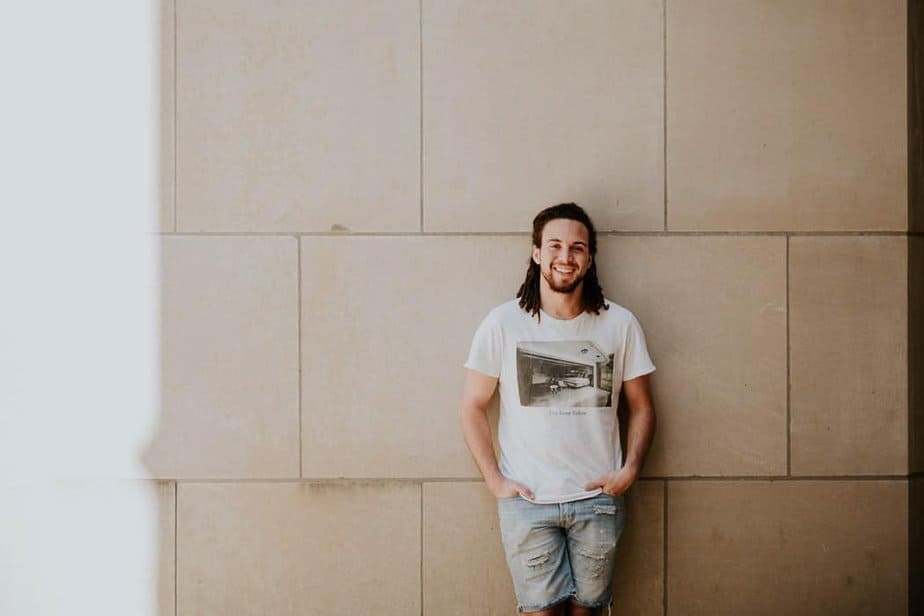 I don’t know are you aware of this but men can be insecure too! And what’s worse, unlike us, they have to hide it by acting confident and strong, because the most important thing for them to prove is that they are big strong men. When it comes to insecurities and talking about them, everyone will instantly think of women, which is a logical reaction since women talk about it much more, and men think it is the most crucial thing to hide, but be sure that there are a lot of insecure men out there.

Insecure man can be a challenge in a relationship, so it’s good to know about signs of an insecure man. If I found out that my boyfriend is insecure, I would try to let him know about it gently and discretely and try to help him build up his self-esteem. Dating an insecure man means that you have to be aware of his jealousy and not provoke him. However, you don’t have to take it if he is being impossible. If he refuses to work on himself, you can always choose not to take it anymore.

But what causes a man to be insecure? It is often a matter of stereotypes we see advertised, and also the question of money because having money is to man what being pretty is to women when it comes to insecurities. A man also has to deal with comparing himself to your exes and other guys. If you’re hot, that could make a man insecure because he is scared of losing you. Believe it or not, but balding can make men feel insecure too. Also, guys are self-conscious about their bodies like we are, they are just accustomed to pretending they aren’t. It could also be that he had some bad past experiences.

Whatever caused it, insecure men in relationships need to be controlling, possessive and are often jealous, which can cause them to have outbursts you might not want to tolerate.

Here are some of the signs of an insecure man:

Characteristics insecure men all have often consist out of jealousy. What the problem is, is that he is considering everyone in your life to be a threat to him. That is why he doesn’t like your friends or people you work with, or freaks out when you run into your ex. He is comparing himself to other men because that is just something insecure guys do, and it is causing him to have jealous outbursts.

2. He doesn’t believe you love him

Where there is jealousy, there is also possessiveness, because these are the main two signs of insecurity. You are his, and he is so scared he doesn’t deserve you, or that you are going to leave him, that he has to hold you close to him.

Sometimes he will get outraged because of something harmless you did, often because of jealousy. When he thinks he has the reason for jealousy, an insecure man can lose control and become unpredictable.

An insecure man will never let you forget about something you did in the past. He takes notes of your mistakes and is not afraid to use them by reminding you about something you did. How often you said, you love him, how often you have gone out with your friends instead of being with him or how many guys you’ve been with before him… He is continually looking for proof that his insecurity is justified.

6. He forgets about his friends

At the moment they get into a relationship, insecure men forget about all their friends and become dedicated to their girlfriend.

7. He is constantly saying “I love you.”

And it is too soon and too often. Man who tend to say the L-word too soon in a relationship, are actually looking for some kind of confirmation that you are not going to leave them.

8. He is always looking for validation

He would like to know, do you love him, and are you sure that you love him. It would be great if you could say how much you love him as well. He is testing is his fear of a break up justified.

9. He is making you feel guilty

They will act like they are sacrificing themselves for your happiness and will make you feel guilty. One of the signs of an insecure man is constant guilt trips.

10. He is not letting you advance

An insecure man will feel intimidated by your success, especially if you are making more money than him. He is also afraid that you are too good for him anyway, and he doesn’t deserve you. The better you are, the more this feeling increases. This is why he is not good at supporting you since he would rather see you fail with him than succeed without him.

Dating an insecure man means having to deal with his low self-esteem, which causes him to act the way he does. The low self-esteem is the root of the insecurity of men as well as women, but it can be harder to notice it since they will try their best to keep the confidant facade.

In no time you will find yourself leaving all of your friends to spend all your time with him. His jealousy is making you have to report to him about your whereabouts and exclude everyone else from your social life.

13. He is afraid he is going to lose you

Insecure men in relationships might just be scared of losing the woman they love, and that is making them act crazy.

14. He thinks he’s not good enough

Behind all that jealousy, there is a scared man who compares himself to others and doesn’t think he’s good enough. Whether it’s in bed or outside it, a man is often insecure when he feels a woman in his life can do better than him. If your friends don’t like him, that can make things even worse.

15. He has a bad past experience

As I said, sometimes, what causes a man to be insecure is a bad experience from the past. Maybe his ex-girlfriend cheated on him or left him for a guy he thinks is better than him in some way. Maybe some ex-girlfriend crushed his confidence, and he just needs someone to help him pull himself together.

Whatever it may be, it is your choice what you are going to do about your boyfriend if he is insecure and does he deserve a chance or not depends on the severity and frequency of the actions his insecurity causes him to take. 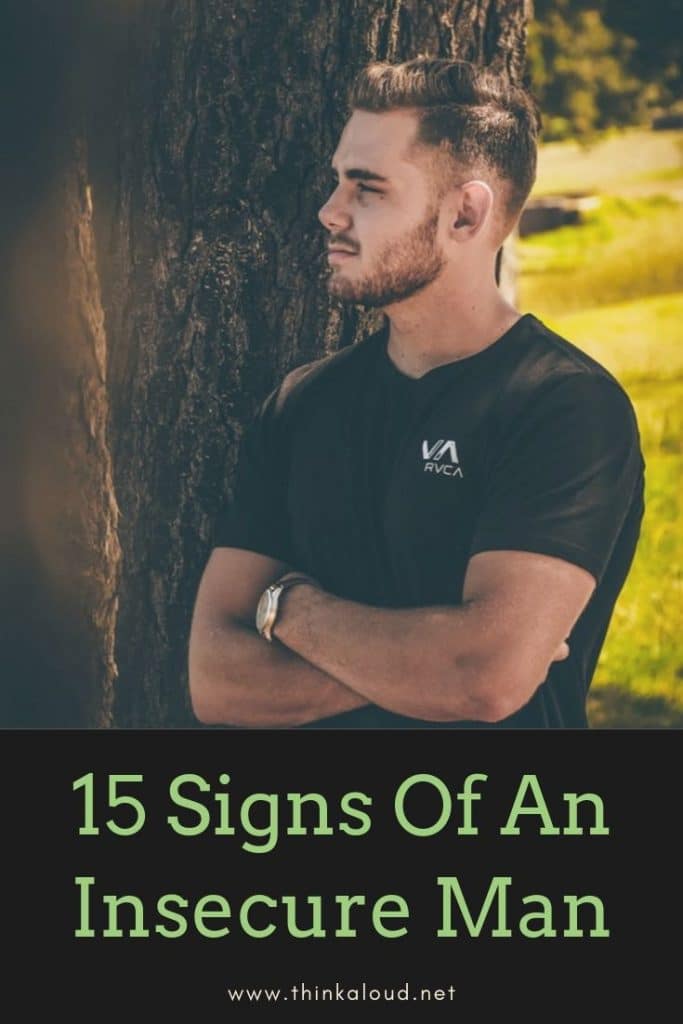