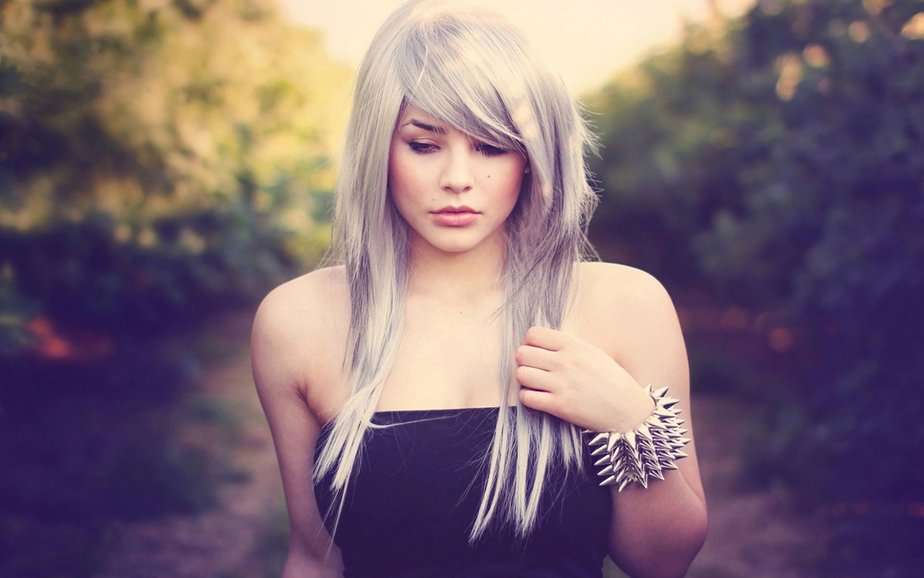 For the past few days, I was thinking about why people sometimes tend to walk away from someone who they still love. First of all, let’s be clear that it happens. It’s not something that happens only one or two times within ten or fifteen years. It is something that happens on a daily level. Something real. Something painful for both sides. The one who left and the one that was left. Walking away from someone you love is definitely one of the hardest experiences those people ever went through. If you are one of them, you’re not alone, and if you’re one of those who think it must be a joke if you continue reading you’ll find out why this is not a joke, and why it can happen to every one of us! Including you!

A few days ago, my best friend called me and told me we have something to talk about. Of course, I was worried because her voice seemed to be sadder than ever. I was ready to meet her immediately, but she said she needs a day off everything and everyone and then we will meet. Sure, I respected her decision and that’s why I waited for her to call me.

After two long days, she finally called me again. She said we need to meet each other, so we went for coffee in our favorite cafe. As soon as she saw me, the tears started to fall from her eyes. I knew something bad happened. Very bad. She looked me in the eyes and whispered: “Why does it happen? Why does it happen to me?”

“I don’t understand, my dear. What happened?”

“I left him… I left him while I still love him!”

“But why? What happened?”

“We just grew differently. I don’t know how and why but I know I don’t recognize him anymore. He’s not the person he used to be. But, I still love him. I swear I love him…”

In that moment I came to realize the pain behind this breakup was just too much for her to take. But in that moment I also realized that sometimes life’s not fair. Sometimes it hurts much more than you can handle. Walking away from someone you love hurts. It leaves you speechless. It gives you nothing but heartache and regret. Deep regret which cannot be replaced with inner peace for a long, long time.

To be true, it is a journey that starts with those few words. With “I’m breaking up with you.” Also, with disappointment that can be seen in the eyes of a person, you decided to leave. It is a journey and it will be long. So if you are on it at this very moment, prepare yourself and people around you. When it happens, when walking away from someone you love happens to you, you must know it will be hard to handle. And it will be painful for both sides. (i dodala bi ovo samo za fb opis: You ask yourself why does it happen? Well, discover why…)

The first and most common reason is that people go separate ways. People who used to have same or similar attitudes start to disagree on a regular level. It usually leads them to the point where one of the sides decided it is enough. So, if you ask yourself if that is a moment in which walking away from someone you love happens, it is.

The second reason is that one of the persons in a relationship had enough asking for compromises and/or change. Just imagine yourself asking your boyfriend to stop doing something that really bothers you and it seems he just doesn’t get it. Or he constantly says he will, but he never really does it. Sometimes, promises go to waste, and when it happens it can be the end no matter the love which is still alive.

The third reason is when one doesn’t receive enough love from their partner. This one is just too difficult to handle because this person feels like the other doesn’t have enough love for him or her. Just imagine how painful, how hard and sorrowful it must be. Sad. A real sad situation in which the person who prepares for leaving is the person who really, really wants to stay because of the deep love.

Well, it’s not impossible that in this situation the person who is going to be left finally comes to see how wrong he or she was. It’s not impossible to fix things between the two of them. It’s when walking away from someone you love becomes a wake-up call. Sometimes it makes things right.

The fourth reason is a long-distance relationship. Some people say that trust is the key, but I don’t think it is always the right answer. Sometimes people, no matter the trust, realize it is just too difficult for them. They realize that something that is supposed to make them happy, at the end leaves them almost every day in tears. It is when walking away from someone you love is the key to get yourself together again.

The fifth reason is the total absence of a bright future. You can never know what life has prepared for you. You never know what comes your way, that’s why I advise you not to judge people around you for their decisions. Sometimes it’s just two people who know they can’t have a bright future together. And knowing that sometimes is enough to walk away once and for always.

Let’s say the two of them both have kids from previous marriages and those kids live in different cities. Organizing life can be a real disaster in this case. Let’s say the two of them have families that don’t like each other. At all. Imagine that it causes arguing on a daily level which leads to nothing but tears and yelling. Don’t say that people should fight for each other no matter the situation because sometimes the situation itself is the first thing that will get in their way.

So, you remember my best friend and her story? Well, she experienced the first of the reasons. She left him and as she was leaving him, he was standing there almost screaming his love for her. But she knew it. She never even doubted his love. What she doubted was their complete views of life. At the end, it was not only walking away from someone you love, but it is also walking away from someone who loves you in return. And that hurts even more. Sometimes, tears from others tend to pain us more than our own.

Finally, if you have found yourself in this situation, my advice is that you think about it once again. And if you have definitely decided to leave, then leave. Don’t put it back in the closet for later. There is no later. The later is now. Because you have to fix want bothers you. You owe that to yourself. Yeah, walking away from someone you love leaves you broken. It leaves your ex-partner broken too. Just as much as you. But, my dear, don’t stand there trying to fix that which cannot be fixed at all. And good luck! Sure, I want you to have good, good luck. 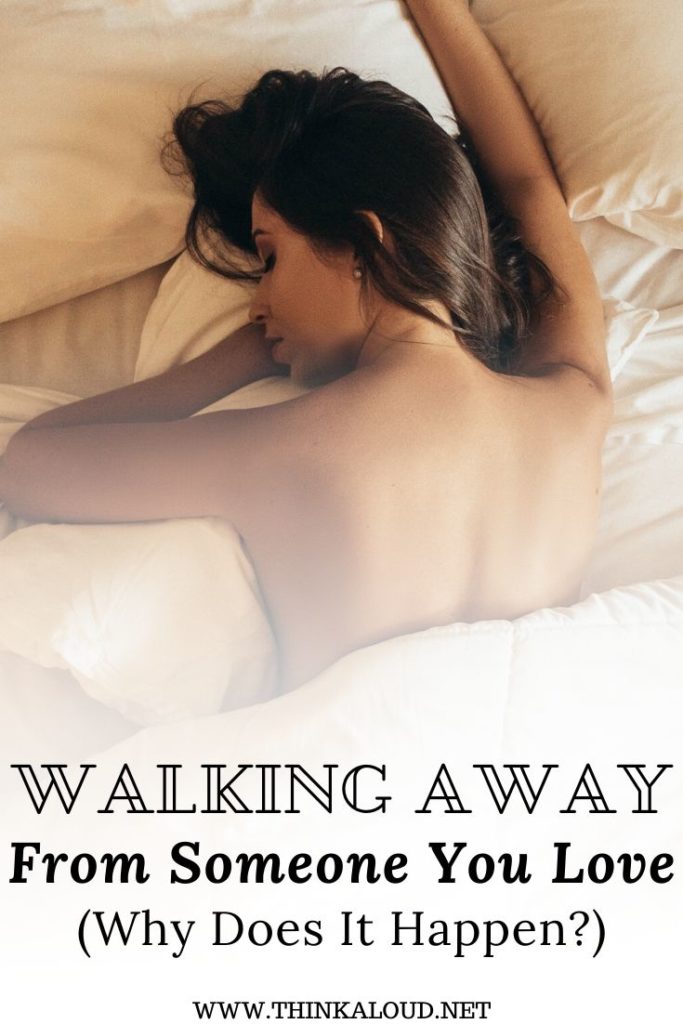