But, as we grow older, we realize that our parents are also just human beings, that they are mortals made out of flesh. We grow to understand they are not perfect- they also have their flaws and sometimes do the things they shouldn’t do. While we are younger, we think that our parents’ only role is that of our parents.

Even when we stop idolizing our parents, the relationship we have with them is something that determines many things in our lives.

Your father is a person who helped you shape your image and views on men in general. It doesn’t mean that you are confusing the role of the father and that of the lover, it just means that we all often look for fatherly qualities in our partners, even if we are not aware of that. Sometimes, something completely the opposite happens-   you simply avoid men with similar personality traits with your father.

Besides, your parents’ marriage is the first male-female relationship you had the opportunity to observe and it has affected your view on romantic relationships, even if you don’t know it.

If you grew up in a loving and caring family and with parents who had a healthy relationship, you’ll probably look for a romantic relationship that mirrors their marriage. You will search for true, unconditional love and will not settle for anything less. Because you know this kind of love really does exist, no matter what everyone tries to tell you- you’ve seen it with your parents, so why couldn’t it be possible for you to find it?

If your father always had love and respect for your mother, he had set a bar high and you don’t want to settle for less. So it is natural you’ll search for a man with similar qualities.

When you are a little girl, your father is your hero and you worship him. Sometimes, you do hear your parents argue and there are times when your father is not around, but you are too little to understand what is going on. But then, with time, you don’t know how, but you start to understand your father has been seeing other women. Suddenly, the ideal you had of him has been shattered in pieces. All of a sudden, when you look at him, you don’t see an idol, a perfect man. Instead, you see a man who is responsible for your mother’s tears. You see a man who has betrayed your mother and you, as well. You see someone who put these other women in front of his own family.

Of course, infidelity never comes alone. It is always followed by arguments, resentment, and negativity in the marriage, which is transferred to children. So, from the moment that your father started cheating your mother, your fairy tale family has broken apart and you ended up living in unhealthy surroundings.

With time, you got over the fact that your father cheated on your mother, but what you can’t seem to get over is how it affected you.

You have lost all respect you had for your father because according to you, he was the only one to blame for this. And consequently, you swore to yourself you’d never believe another man in your life. If your father, the best of them all could do this, what could you expect of every other man?

You hoped that his feeling would fade away as you grow older, but the impact of your father’s infidelity has actually grew with time. It increased as you grew up and tried to form your own relationships. Your father’s infidelity has caused you to have less trust in men, lower expectations of your romantic relationships and a lack of self-confidence.

When you think about it, your mother didn’t blame your father for everything that was going on, as much as she blamed those “mean” women who “seduced” him into cheating on her. Therefore, you grew up in a world where flirtation was something wrong and immoral- there were these destructive, chaotic forces used to tear families apart. So, when you became a woman, you did everything possible to avoid them.

When you became a woman, you always had trouble embracing your feminine side. You never thought you will be good enough for any guy. After all, your mother was the best possible wife to your father, but he cheated on her despite that. And, your father, the man who should have loved you the most in your life, has put other women in front of you, so what should you expect of other men?

But, I am here to tell you that not all men are your father. I know you’ve heard people say that we all end up marrying a version of our father, but that doesn’t have to be the case with you. Your parents had their issues and you’ll never know both sides of that story.

So, instead of focusing on their story, focus on yours. The biggest mistake you could make is finding a man similar to your father and hoping you’ll change him. Instead, focus on finding a stable, secure man who will know your worth and who will help you heal the scars your father’s infidelity has left on you. I know finding a man like this seems impossible, but trust me- he’s out there.

And while you wait for him, work on yourself. If you have an opportunity- ask your father why he did the things he did- it may help widen your perspective and it may help you understand some things and move one.

And when you finally find the man of your dreams, trust me- he’ll be a loving and caring father to your children and they’ll never have to go through the things you went through. 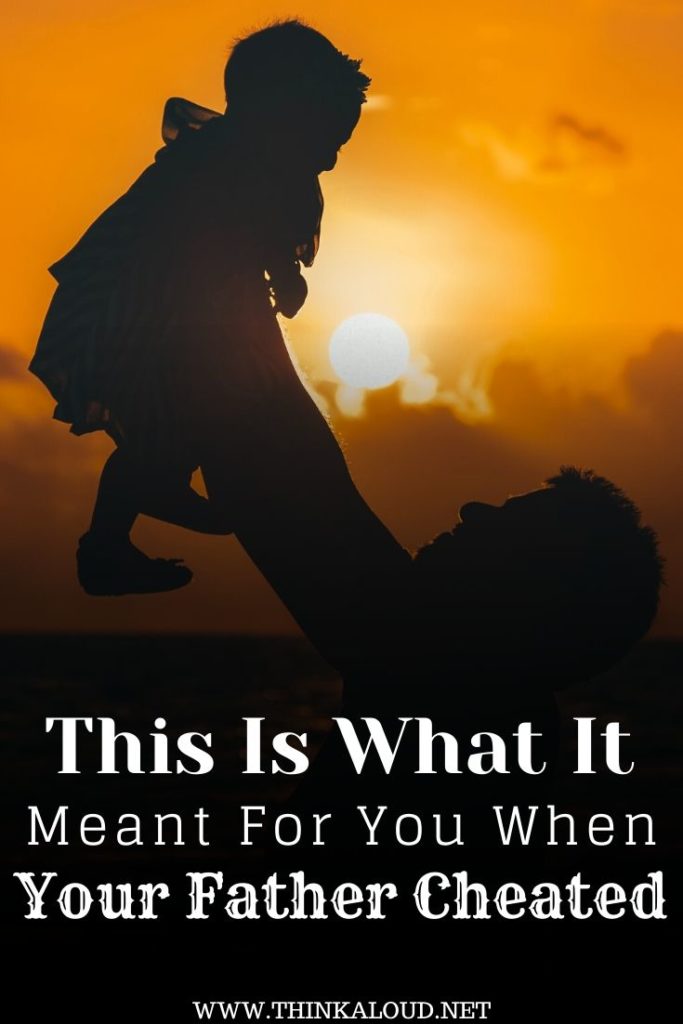 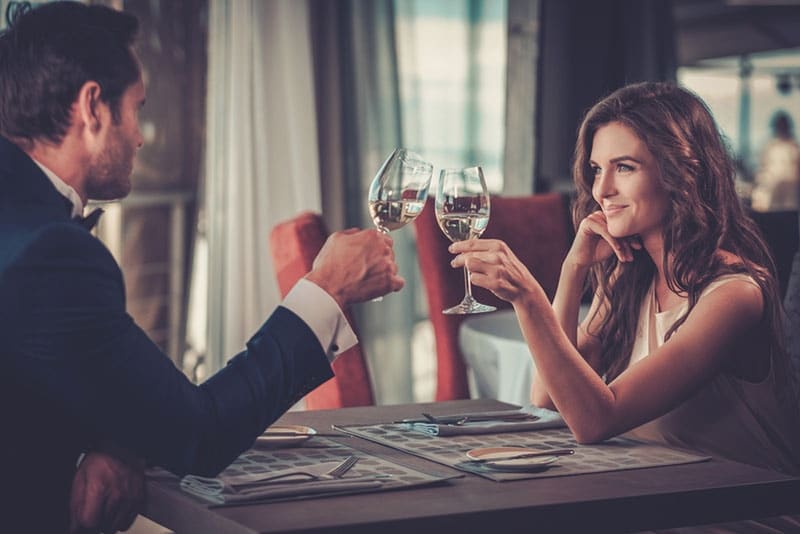 18 Flirty Questions To Ask a Guy

This Is What It Means When She Stops Fighting For You