After you realize that things are not actually savable between you and your woman, you need to do something. Breakup is inevitable. This girlfriend you had was actually a very good woman. When you made a decision to leave her, you didn’t think about her. Maybe you think that you saved yourself from being in an unhealthy relationship. But you never thought of her. By leaving her, you were actually doing her a favor. If you two were meant to be, it would never come to this moment of your lives. You would probably stay together, happy and satisfied.

So, this amazing woman that you had knows how valuable she is. She even thinks that she is more valuable than you, since you are the guy who decided to leave her. This woman is actually full of positive thinking and she thinks that she is the best chance you have ever had. There is hardly a chance that you will find a good woman like this one ever again.

A good woman is that good that she would never let anyone destroy her, especially not the one who didn’t care about her feelings.

Besides that she is good woman, she is also a powerful, smart, independent, and strong woman who can always find a solution to any problem. So when someone tries to hurt her or destroy her, she will not let him. She is never down as long as people think she would be.

Well, as any other woman, this good woman you had will definitely be in pain, especially if she loved you. When you decide to leave her, prepare yourself to see a good woman but brokenhearted. And it will be your fault. But even after that, she won’t be sad for too long. She won’t act like she is doing good, but she will give herself some time to heal, to get better. And let me tell you, when that time comes, she will never get back to the past. The least that she can do is to actually stay that good. If she could, she would thank you for an amazing lesson you taught her. But her high opinion about herself would definitely stay the same or it can become even higher. She would feel sorry for you, because sooner or later you will realize what you have lost.

From now on, try to make a distinction between leaving a good woman and setting her free. Neither you nor any other guy is needed to live a life. Her goodness doesn’t deserve to be messed up by your dishonesty. She considers you as a guy who is able to think only about himself. But she will never give up on love. She truly believes that one day the right guy will find her and he will be able to love her with his entire heart.

However, don’t be puzzled. Whatever happens to her, she will never beg you to come back. She will never make an effort to fascinate you when you meet each other. She will stay exactly who she always was and that is a very good woman. A woman who deserves more than most guys can offer. Your opinion about her is not worth much. She has just enough self-respect that she won’t let your opinion affect her.

To sum the things up, a good woman never fakes anything. If you see her happy with a beautiful smile on her face, be aware that that is exactly how she is feeling. The truth is she spent some time to get over you, but now you are in her past. After all, you were the one who decided to let her go.

She is not a hesitant person, so when she decides to forget about you, then she will, trust me. Even if she needs some time for that, she will wait. But she will definitely never pray for you back.

She is such a good person, probably with more emotions than many people, including you. She is beautiful, strong, and good, a very good person.

Let me tell you if you have a good woman in your life, then think twice before leaving her for any reason. 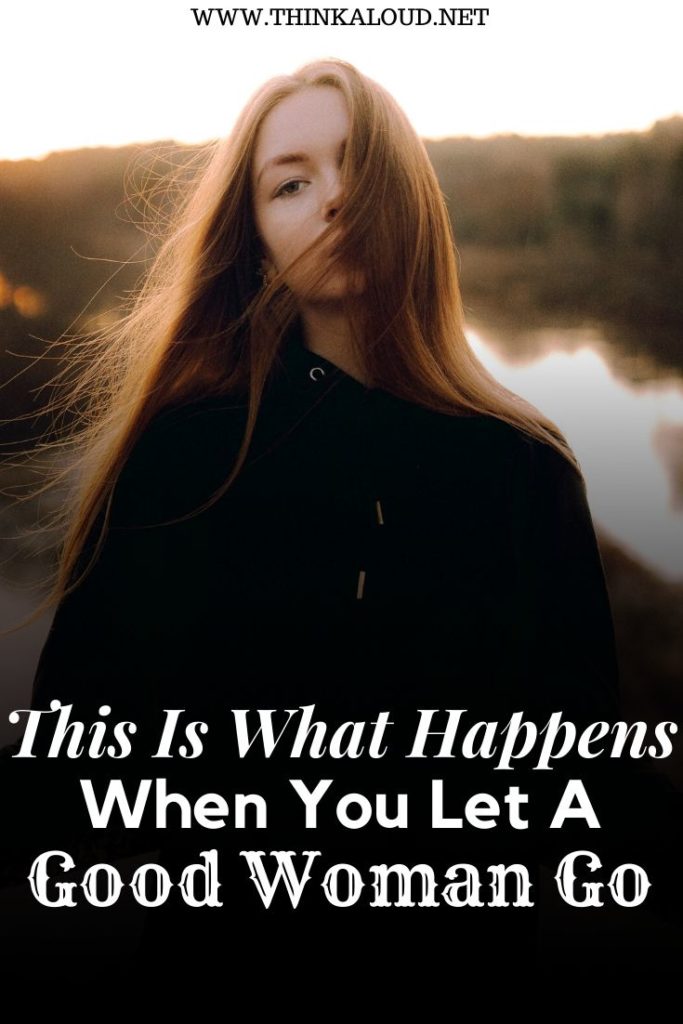