To the girl who wants a real relationship,

Hang on. Be patient. Have faith. Experience. Learn. Grow.

Sit back and relax. It’s going to be a long ride. It’s going take some time until you find what you are looking for, until you meet who you deserve. You’re a rare bird and that’s why you’ll attract all sorts of potential love interests out there. You’ll attract the good and the bad, the deserving and the not so ones. Guys will find you interesting, they’ll think you’re a challenge, and they’ll want to win you over, then they’ll want to change you. And when that happens, hold on tight to your faith.

Please know that you’ll fall for guys who aren’t serious about you like you’re serious about them. You’ll commit your all to someone who wouldn’t reciprocate your investment. Your love will be one sided, and you’ll find yourself in a couple of almost relationships. You’ll fall so hard in love with someone who you think is your last, your forever person while in fact, he’s just another frog. You’ll waste time you don’t have, money you can’t afford and tears you can’t spare on guys who are just not right for you. It will hurt you beyond your imagination. It will break you in a way that you think you’ll never recover from. But, it will change you exactly the way you need to change. It will take you where you need to be even if you think you’re not ready. It will prepare you for your next love.

To the girl who wants a real relationship, you’ll find your fairy tale one day. But, until you do, you need to know that it will only happen if you believe it will happen. Not everybody makes love their priority, their mantra, their life moto, their religion. Some people put themselves first, some people care about money more than anything else. Not everybody wants to find real, long lasting love. Some people want something that’s fake, meaningless and temporary. Not everybody has the same heart as you. Not everybody is you. But, there’s someone for you out there. Someone who’s right for you. Someone who’s waiting for you just like you’re waiting for him. Someone who deserves you exactly like you deserve him. Someone who wants love as real as you are, as authentic as you are, and as magical as you are. Because he’s as real as you are. It’s just a matter of time. 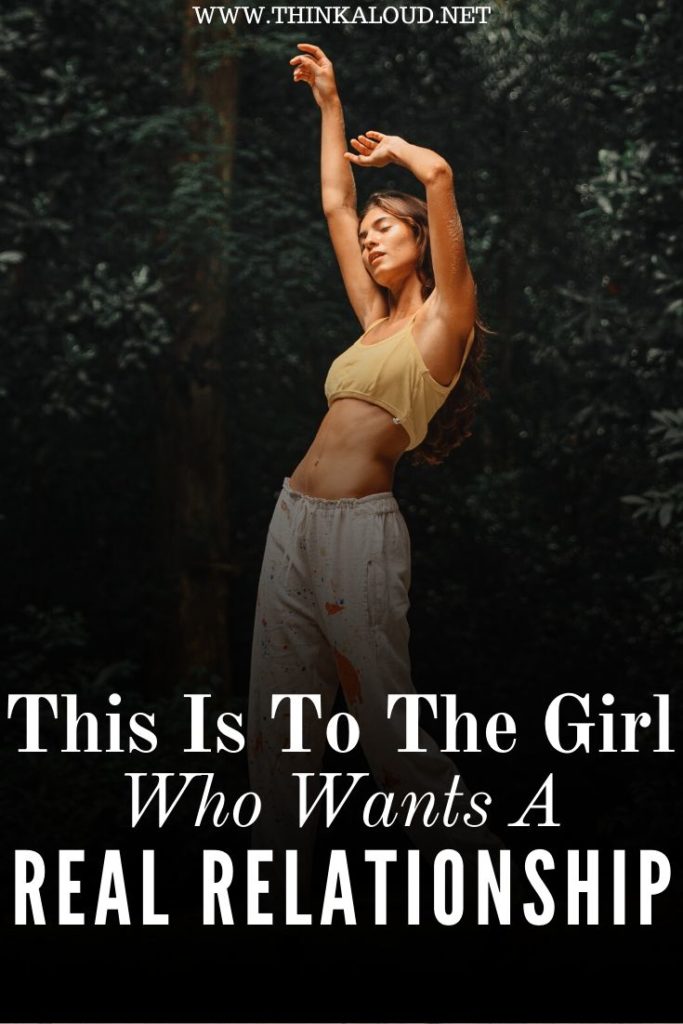