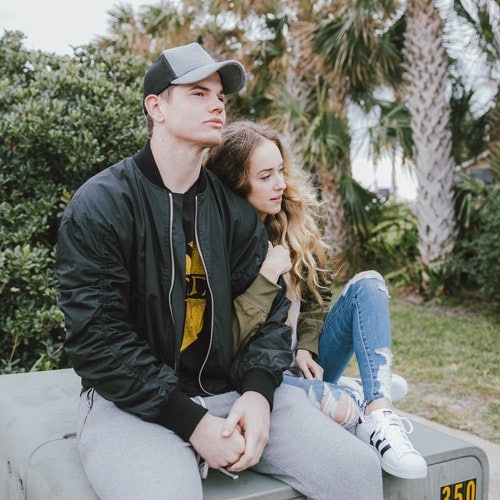 When you first meet a toxic guy, he doesn’t show you his dark side. Instead, he may present himself as your dream coming true. But, with time, he changes and shows his true face. This is usually when you are already deeply in love with him and you refuse to face his true nature. Here are 5 undeniable sings your boyfriend is toxic and trying to undermine you.

He is the one handling the communication

Toxic people like to feel like they are in charge of the situation but often do it in a wrong way. When you have a toxic boyfriend, he will always be the one handling the communication. You may not notice that in the beginning, but you two will only fight when he is in the mood to argue and the same is with reconciling. You actually have very little to say when it comes to communication in your relationship. Sometimes, it may happen that you want to resolve a conflict or something that has been bothering you, but you will feel like you are talking to a wall if he is not in the mood for having a conversation. Instead of communicating things through, he will be passive aggressive and he will give you the silent treatment, which will make you even more furious. This is when he even might try to convince you that you are not mentally and emotionally stable for overreacting on something that he considers irrelevant at the moment. By giving you the silent treatment, your boyfriend is actually trying to train you, so eventually, you become scared to confront him about anything because you are afraid you’ll end up in the same situation. This is one of the ways he uses to show you that you two are not equal in this relationship and with time, he manages to undermine you.

His behaviour will be inconsistent

Of course, not every single moment in a relationship with someone toxic is bad, otherwise you would walk away long ago. Sometimes, your boyfriend will be the best guy on the planet and that is exactly why you are holding on to him- because you love this nice guy and hope he’ll be back. But, this is not the real him and all of this is a part of his tactics. He doesn’t want you to leave him, so he knows he has to balance his toxic behaviour with being nice from time to time, so you wouldn’t leave. There will be times when this guy will be kind, generous, romantic, loving and caring and everything a woman could wish for. But, soon, that behaviour will be followed by something totally the opposite, so you’ll wonder if you are involved with a bipolar guy. His mood shifts will be without an apparent reason and he will be the only one who understands the logic behind them. In one moment, he may plan the future with you and you will really feel the intensity and the depth of his love and in the next moment, he will withdraw and will push you away. Also, his nice episodes can easily be followed by aggression or anger that he doesn’t care to explain. When this starts to happen, with time, you begin to blame yourself and start to think you are the cause of his behaviour- you think he is like this because of something you have done or said.

Most toxic people are also narcissists. They have a very fragile ego and feel the need for constant affirmation and admiration of everyone around them. For them, it is quite important to preserve a good public image and they want to be loved and respected by other people in their surroundings. This is why they are usually the nicest and the most polite people when in company of others. This guy will probably always act friendly to your friends and family and they may think he is a real catch and that you are happy to have him. But, when the two of you are alone, he shows his true personality. Of course, he will be friendly and nice in the beginning, while he is trying to impress you. But, as soon as he realizes you have fallen for him, all of a sudden, he doesn’t feel the need for you to think the best of him, because he knows you love him anyway. So, he drops his masks and starts treating you differently when there is just the two of you. Consequently, you start to ask yourself if you are imagining things and whether you are the one causing him to behave in a toxic manner- because he is only like this when he is with you. And that is exactly what he wants you to feel and think.

When you are in a relationship with a toxic guy, he will use every opportunity to undermine you. In the beginning, he will do it subtly. This way, you won’t even understand that he is belittling you, but your self-confidence will fall without you even realizing it. He will compare you to others and will use what appears to be humour and jokes just to make you feel bad about yourself. This guy thinks he is superior to everyone around him, including you and could never stand for the two of you to be equal partners in the relationship. So, he is probably intimidated by your intelligence and beauty and will do anything possible to undermine that. Instead of working on self-improvement so he doesn’t have these insecurities anymore, he will try to destroy your self-esteem and self-image, because that is the only way he can feel superior to you. This will cause you not to feel smart enough, beautiful enough or good enough. By always indirectly implying he is superior to you, this guy is trying to convince you that you should be grateful that he has even laid his eyes on you, let along on the fact that he has continued to put up with you. He wants you to think that you would never find anyone to treat you right or think you are enough, so you would get the impression you are stuck with him, whether you like it or not.

One of the ways every toxic person will try to emotionally manipulate you is through “gaslighting”. This means that he will go out of his way to convince you that you have misinterpreted or misunderstood some things he had said or done. He may even claim that something hasn’t happened or that he hasn’t said some things you are sure he did. He will constantly play with words, so he can make you think you didn’t understand what he actually wanted to say. This guy will get things and words out of the context, just so he can appear to be right. Besides being exhausting and tiring, with time, this “gaslighting” makes you doubt your mental sanity because suddenly, you don’t know what really happened, what your version of events is and what is his.  So, you start avoiding any type of confrontation, because you know you won’t accomplish anything and this gives him space to act the way he wants.