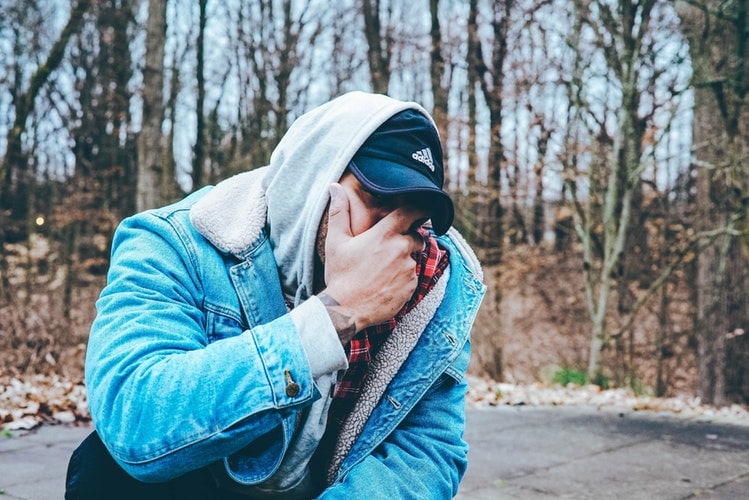 Guys who will do anything in their power just to get into your panties and who will walk away from you as soon as they’ve gotten what they wanted, are everywhere around us. And you learn how to handle them and how to avoid them, you need to learn how to recognize them. Maybe you are even dating one, but are just unaware of it. If you doubt this to be a case, here are 10 unmistakable signs you’re dating a fuckboy.

He tells you what you want to hear

One of the first signs that you are dating a fuckboy is that his words and his actions are not in concordance. When you first meet a fuckboy, he seems too good to be true. In the beginning, he treats you like a queen and makes you feel like you are the only woman in the world. Every fuckboy knows exactly what to say to present himself in the best possible light and this is the reason most girls fall for fuckboys. But, don’t blame yourself- remember that he is an expert when it comes to sweet talking and seducing a girl which is an object of his interest and he will do anything that takes to get you to fall in love with him. But, as soon as he becomes sure in your feelings for him, his behaviour and treatment for you change overnight. He continues to make promises, so you would stick around, but he never actually completes them.

He doesn’t want to be seen in public with you

If you are not sure whether a guy you are dating is a fuckboy, ask him out on a public place. Fuckboys will go out of their way just to avoid being seen in public with you. It is not that he is ashamed of you- he is just scared that other girls in his life will see him with you. He will probably assure you that he wants to see you at his or your home, so you guys could have your privacy and work on your intimacy or because he is tired of crowded places, but he is just scared of his lies being discovered.

He says he is not ready for commitment

Every fuckboy’s line is that he is not ready for commitment and that he doesn’t believe in labels. Although there are some guys who have really been hurt in the past and are honest enough to tell you they are not ready for anything serious at the moment, when most guys tell you one of these two things- you are probably dealing with a fuckboy. He just wants to have an open space to date other girls without calling it cheating. Besides, if you two are not committed or exclusive he gets all the positive aspects of a relationship, while not having to take any of the responsibilities a serious relationship brings.

He is not interested in you as a person

When you are involved with a fuckboy, he will show no interests whatsoever in you as a person and as an individual. This guy doesn’t listen to what you have to say, nor does he put any effort into getting to know you.  A fuckboy will never be around when you are going through some hard times and he will never try to help you with your issues. This is a clear sign that this guy only sees you through your physical qualities and through your body and is never concerned with your mind or your emotions and therefore doesn’t respect you as a person, but only sees you as a ticket to free sex.

He never talks about the future

When you are dating or are in a relationship with someone for a longer period of time, it is perfectly natural that the two of you start talking about your future plans. But, if you are involved with a fuckboy, he will try to avoid this conversation as much as he can, no matter how long the two of you have been together. Even if he talks about the future, he never involves you in his plans. I know it’s hard to accept it, but this guy doesn’t plan on settling, at least not with you, but is not honest enough to tell you about it.

He doesn’t introduce you to his friends or family

Another thing a fuckboy will avoid as long as possible is meeting you with his friends and family. When you are with this guy, you start to wonder if anyone in his life is even aware of your existence and you ask yourself whether he is ashamed of you. He doesn’t take your relationship as seriously as he is telling you, so he doesn’t see the need for you to become a part of his life. It is harder to break things off when other people are involved and he knows that, so he doesn’t want you having any contact with anyone important to him. Another possible option is that he has a steady girlfriend everyone knows about and this is the reason he didn’t introduce you to anyone.

He calls you at night or when he is drunk

A fuckboy will rarely call you to hang out during the day, just to have coffee or to go for a walk, because he knows this is the time when there is less chance for you to two to have sex. Therefore, he calls you mostly at night or after a night of heavy drinking. You may think his drunk calls and texts are a sign he actually loves you, but let me be harsh- this is probably a time when he has run out of all of his other options and he has through of you because he knows you would never turn him down.

You are never a priority for him

If you are dating a fuckboy, prepare yourself never to have the first place in his life. For him, everything and everyone will always be more important than you are. He will cancel your plans to hang out with his friends without thinking twice, but will never do the same thing because of you. He will only be around when it is convenient for him and is always busy when you need him. This way, he is showing you that you can never count or rely on him. Despite the fact that he may be the center of your world, you will never be a fuckboy’s priority.

He is defensive when you confront him

Every fuckboy is very much aware of everything he does to you and the way he treats you, so don’t let him convince you in anything else. Even when you discover his true face, he will try to prove you wrong because it is very important for him to preserve his image, so he can manipulate you better. Therefore, a fuckboy will never admit that he is a fuckboy. Instead, every time you confront him about something he has done or something that is bothering you, he will act defensive and will even try to make himself a victim. Be careful not to let yourself be deceived, because fuckboys have an excuse for everything they do and are experts into tricking everyone around them nothing is their fault.

He plays mind games with you

When you are involved with a fuckboy in any possible way, you can never know exactly where you stand. There will be times when he will act like you are the love of his life and the next day, he will treat you as garbage. While you are in the process of trying to figure out what is going on and what are this guy’s true emotions and intentions, you have fallen for him, without even knowing it. Every fuckboy enjoys playing mind games, because it is his way of keeping you around as long as he wants it. Besides, these games serve him as an ego booster, because this way he proves himself he can have you whenever he pleases.