You had more than one relationship that seemed like it was going on the right track, but all of a sudden, the guy you were with started backing out. And you are left wondering why it happened, when everything was so great between you two. You probably blamed him for ghosting, but did you ever come to think that maybe you were doing some things that didn’t suit him? I am not saying you should adapt your behavior completely, just for a guy to like you more, but maybe it’s time to reconsider some of the things you do in a relationship that might chase your boyfriend away.

You act too needy and jealous.

This is a common mistake most girls make right from the start of their relationship. What you need to understand is that we all, including men, need time for ourselves. You can’t expect a guy to spend every minute of his free time only with you just because the two of you are a couple. He is still an individual person, and you ought to respect that. This man who is your boyfriend now had his interests and hobbies before he met you. And most importantly, he had a social life before you, so you can’t expect him to disregard everything just because you appeared. Although you may think you two will be closer if you act needy and too jealous, you will only chase and push him away by doing this. Besides, if you are like this, you show that you have some deeper emotional issues and self-confidence troubles. The only thing you’ll accomplish is that he starts perceiving you as insecure and for him to walk away, and that is the last thing you want.

You are always nagging and complaining.

If you act negative and pessimistic towards everything in life, people around you, including your boyfriend, will start perceiving you as a toxic person whose company they don’t enjoy, so they’ll do their best to avoid spending time with you. If you ask most men what is the number one thing that bothers them when it comes to their girlfriends, they’ll say you it’s their nagging. You can’t expect for your boyfriend to be perfect nor can you expect from him to do everything your way. It is perfectly normal that you are annoyed by some of his characteristics or personality traits, but you must accept those things as a part of him. Try to control yourself and try not to complain about every little thing about his behavior and your relationship in general. The more positive a person you become, the happier he will be to be with you.

You expect him to read your mind.

I hate to say this, but sadly, there are many women who seem to be unable to express and verbalize their dissatisfaction in a proper way. Instead of telling their partner what is really bothering them, they choose to behave in a passive aggressive manner. Remember one thing—your partner can’t read your mind, and you can’t expect him to know what is wrong or what is bothering you unless you tell him. Men are usually not able to read the signals women send them, so it is crucial for you to be direct and tell him straight ahead what your problem in the relationship is. If you constantly show him that you are not satisfied with him nor with the relationship, but are not telling him what it is that what makes you unhappy, he will try to figure things out at start, but as time goes and you don’t explain anything, he’ll grow tired of it and you’ll only chase him away.

You are a drama queen.

When they really fall in love with you, most men like to live a calm, peaceful life with you. But most women like romance and perceive it differently than men. So, you may fall into temptation to make him chase you, taught by previous experience. You want to keep him interested so you play mind games. But, in most cases, you get a counterproductive effect. Real men hate drama, and it is a big turn off for them when they see a girl who enjoys being a drama queen. So, if you are really into this guy, try avoiding drama and mind games because that will make him want to run away from you. 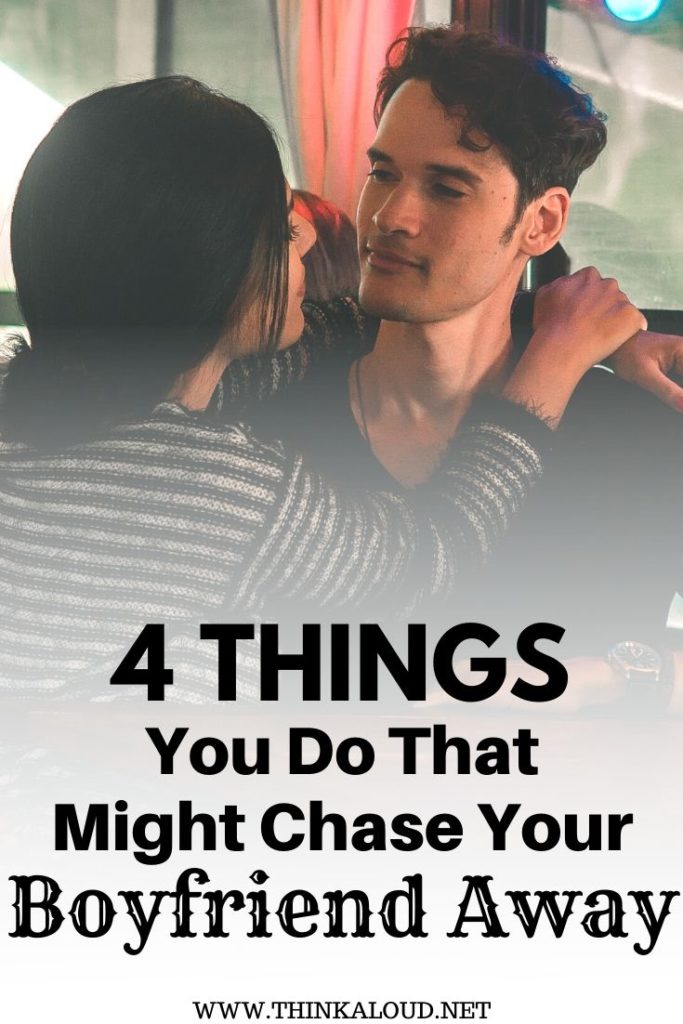 11 Signs He’s Falling In Love With You

This Is What Happens When Love Is Not Enough