Loving someone who doesn’t love you back is one of the hardest things there is. It affects your self-esteem and it distorts your views on love and relationships in general. Besides being painful, it is also exhausting and challenging.

You keep waiting for something that probably will never come, but you hold on to hope because that is all that you have left. You keep questioning yourself and wondering if there was something you could have done differently that would make this person love you. You are constantly trying to find a problem in yourself and ask yourself why you can’t be enough for that person.

What you need to realize is that there doesn’t exist a magic formula or potion that will make a man love you. It takes a lot of time to understand that some people and some relationships are just not meant to be.

You can be the best and the kindest person there is, you can love and support someone unconditionally, always be there for them and do everything that takes for them, but you simply can’t force anyone into loving you.

But it takes even more time and self-awareness to admit yourself that someone doesn’t love you and probably never will. Deep inside, we all know if someone has or doesn’t have love for us. But, somehow, we manage to do everything in our power to escape that notion because we know we would be devastated if we face that painful fact.

So, it becomes easier for us to run away from this fact and justify this person. This way, we make an illusion around us, in which the person of our dreams loves us back. In order to do that, most women make excuses for the men that don’t love them, just so they don’t have to face the harsh reality.

True love doesn’t need excuses and justification. It just exists. If your gut keeps telling you that your partner doesn’t love you, he probably doesn’t.

If this guy doesn’t make time to see you, it’s the first sign he doesn’t love you. You probably justify him by telling yourself that he has been busy and overwhelmed and that is why he doesn’t initiate dates.

But, those are all lies. When you want to be with someone, you make it happen. Everything else is just excuses.

If a guy you are involved with isn’t interested in what you have to say or how your day has been, he definitely doesn’t love you, no matter what he says.

If he doesn’t put in an effort to reconcile after the two of you have fought, he doesn’t love you. He may be saying that he just has ego problems and that he can’t admit when he’s wrong, but those are all excuses. When a man really loves you, he will put his ego aside and will do whatever it takes to make the relationship work.

If he doesn’t express his feelings to you, it’s because he doesn’t have them. You may try to justify him by telling yourself he is a closed, emotionally unavailable person who has trouble expressing his true emotions and who has trouble opening up to someone. But those are all excuses. When a man really loves you, he’ll use every opportunity he can to show it to you. He may have trouble verbalizing his emotions, but if this is the case, he’ll show his love through other ways.

If he never puts in an effort to surprise you on your special occasions, he probably doesn’t love you. Yes, men are sometimes reckless and often forget the important dates and, even more so, forget the things we told them we would like to have. But if a man has never put in an effort to surprise you with a token of his affection—and this doesn’t have to be something expensive, it is only important that he shows you that he listens to you—he doesn’t love you.

Don’t value someone’s love based on money. A guy which doesn’t love you can buy you expensive gifts, but that is not a proof of his love. Ask yourself if he has made an effort to buy or to make something special for you two or something personal that will put a smile on your face, or if he just bought the first thing that he ran into. Those little things are something we don’t pay much attention to, but actually are the best indicators of our importance to someone.

The most obvious sign that a guy doesn’t love you is his selfishness. If a man has true feelings for you, he won’t be self-centered and he will take care of your needs as well. But if you are in a relationship or are in any other way involved with a guy who always disregards your wishes and has to make everything about himself, he doesn’t love you and you are just good for his ego. You can try to justify him by thinking he is stubborn, but if you look at things realistically, you’ll realize he doesn’t love you.

When a guy loves you, he will respect you, no matter what. If you are involved with a guy who belittles you, who doesn’t have any respect for you and for your boundaries, if he tries to control you, insults you, and uses every chance to show you he is above you, this man doesn’t love you.

You may justify him by telling yourself he is just hot tempered and that he loves to be the man of the house, but those are only excuses. When a man loves you, he will be careful never to lose his temper around you and will appreciate you as his partner and as the individual you are.

You may hold on to the fact that he never admitted he doesn’t love you, but that doesn’t mean he does. He just enjoys the attention you are giving him and the way you boost his ego. He loves to have you around, because you are always available and because he knows you’ll never abandon him. Maybe he is keeping you around until someone better or more suitable for him comes along.

Either way, the harsh truth is that he doesn’t love you the way he should, and it’s about time you stop making excuses for him and finally walk away. It’s time to admit to yourself that he won’t change and that he won’t grow into loving you. And you know that the least you deserve is someone who will be able to love you in return. 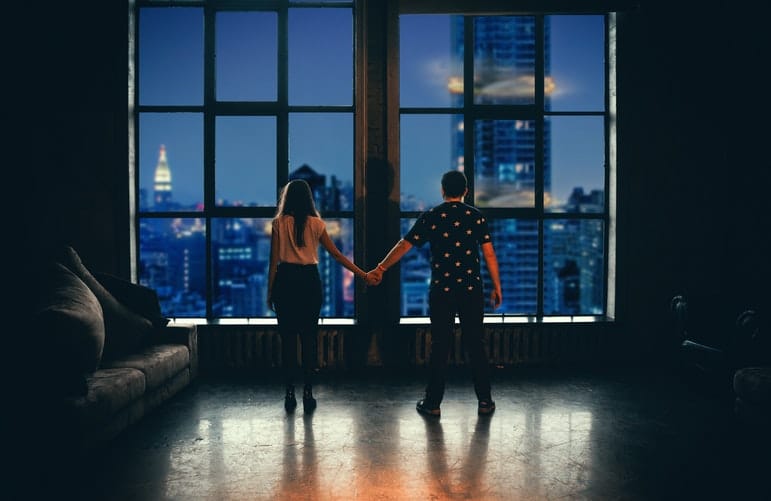 3 Signs Your Relationship Is Not Real