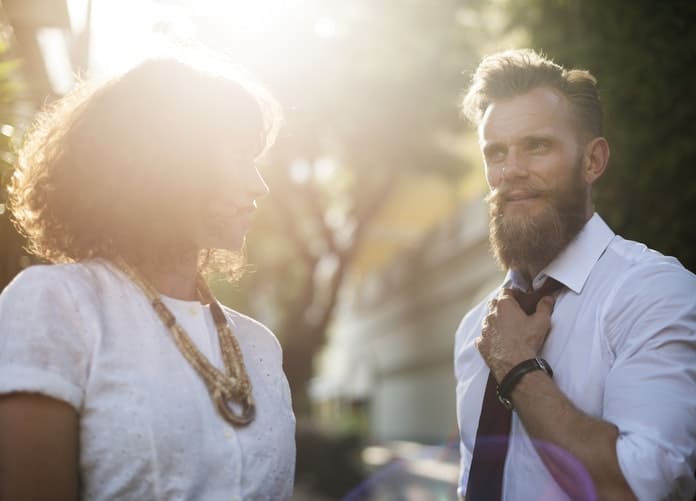 If a man does these 6 things, he is making a fool out of you:

He doesn’t want to be exclusive, but is leading you on.

It’s okay if a man is currently in a place in his life where he is not ready to be in a serious and committed relationship. But, every man knows and sees when you are falling for him, even without you saying it. So, the only decent thing for each man to do in this kind of situation is to move away from you, who is obviously in love with them. But, sadly, instead of doing this, many guys will use you and keep leading you on, although they know they can never give you what you want and need. This type of guy will probably compliment you and tell you that you have a special place in his life, but that he is simply not ready for anything serious. This way he will not commit to you nor will he make any promises, but will keep you around as long as he wants. By doing this, he clears a path for himself to leave you whenever he feels like it, without feeling guilty.  In the same time, you will be waiting for him to change, but the sooner you accept that change will never come, the better. When it comes to these types of guys, there are two possible options and neither of them is pleasant to hear. One of them is that he is ready for a relationship—he just doesn’t want it with you. And the second option is that he just wants to have casual sex with multiple girls at once. Either way, run away from him!

He only calls or texts you at night.

If a man calls you only at night, this is his way of showing you that he has only one thing on his mind and that is sex. It’s natural for a guy you are involved with to want to sleep with you, but if he means it seriously, this will not be the only thing he wants. If a guy doesn’t call you during the day or just to ask how your day was, you probably are not his first choice. Besides, this type of guy will probably prefer texting to calling you, because texting requires less effort than the actual phone call. But, either way—he doesn’t text or call you to have a small talk or a meaningful conversation—this is a booty call and nothing else. A guy who truly likes you can’t wait to contact you during the day and won’t wait until he is done with everything else and when it’s convenient only for him. Of course, he will never present him contacting you as a booty call and will probably try to charm you into sleeping with him, but that is the last thing you should do. It’s always important to make him understand you are no one’s ticket to free sex and that he needs to make an effort to have you.

You don’t meet in public.

Another sign that a guy doesn’t plan on having anything serious with you are the places where you two usually meet. It’s always nice to stay in and spend a cozy evening at home from time to time, but if this is your only meeting point, you should definitely be concerned, because this guy may be hiding something or someone from you. It is also possible that you are the one he is keeping a secret. If he only wants to see you in his or your place, it’s clear he doesn’t want to be seen in public with you. You two probably have a great time together and you feel this intense chemistry, but you shouldn’t be satisfied with getting only bits of him. Why should your relationship be based on sneaking around? He probably doesn’t take you out in public because he is a player and is dating more than one girl simultaneously, so he doesn’t want his other girls to see him with you. Another possible option is that he has a steady girlfriend or is even married and can’t allow himself to be seen in public with some other girl. You may be the second woman, without even knowing it.

He doesn’t make plans with you.

You are not the needy type of girl in a relationship. You don’t get overly jealous nor do you want your partner to stop seeing his friends and family and to dedicate all of his time to you only. But, from time to time, it’s nice if a guy you are dating shows some sign he sees you in his future. If a guy never involves you in his short or long-term plans, it’s a clear sign that he doesn’t plan anything serious with you. He never invites you to hang out with his friends and you wonder if they are even aware of your existence. It’s not like you are asking for him to plan a family with you, but you feel left out from his life when he plans every holiday or just a night out and never includes you. Sometimes, it seems that this guy doesn’t have a word “we” in his vocabulary, and it’s perfectly natural for you to be bothered by this. If your boyfriend behaves like this, the first thing you should do is ask yourself is he really even your boyfriend.

He tells you he has never loved a woman.

Although every reasonable woman should consider it a red flag when a guy in his twenties tells her he has never been in love, we usually do the opposite. We usually consider this a challenge and put ourselves on a mission to be the first woman this unconquered man has ever had true feelings for. I assume that makes us feel special. We perceive these guys as vulnerable souls who have one face they show to the world, but hide a sensitive soul that is only waiting to be discovered and woken up. We think we are the only ones capable of saving him, as long as we give him enough love and patience. But, think this sentence through. Is it really possible that he has dated numerous women and had relationships in his life so far, but has never developed a deeper connection with none of them? He is probably lying to you, so he would make it clear to you not to get your hopes up. By saying this, he is making it clear he doesn’t want a committed relationship, but he doesn’t want to appear as the douchebag he really is and prefers to claim he is simply incapable of loving. Another possibility is that he really does have some deeper psychological issues and is indeed emotionally unavailable. But, as much as you think you could save him, trust me, you can’t. You will never manage to heal this guy and the only thing you could accomplish is to adapt his behavior and emotional patterns. Either way, if a guy you are seeing with tells you that he has never loved a woman, it’s best for you to walk away.

You are the one initiating dates.

One of the most important signs that you are not important to a man as he is to you is the fact that you are always the one initiating dates. Yes, he does talk about you two going out sometimes in the future, but he never actually calls you when the time comes. For him, everything and everyone seems more important than spending time with you. You are the only one who plans date nights and activities for you two and you start to feel like you are pushing him too hard to be with you. You probably ask yourself why he mentions anything in the first place, if he doesn’t plan on actually taking you out. He does this to keep you around, because he knows you would probably walk away if he didn’t at least act like he wants to see you. This way, he is giving you just enough attention for you to stick around, but at the same time, he is showing you he doesn’t want to have anything serious with you. 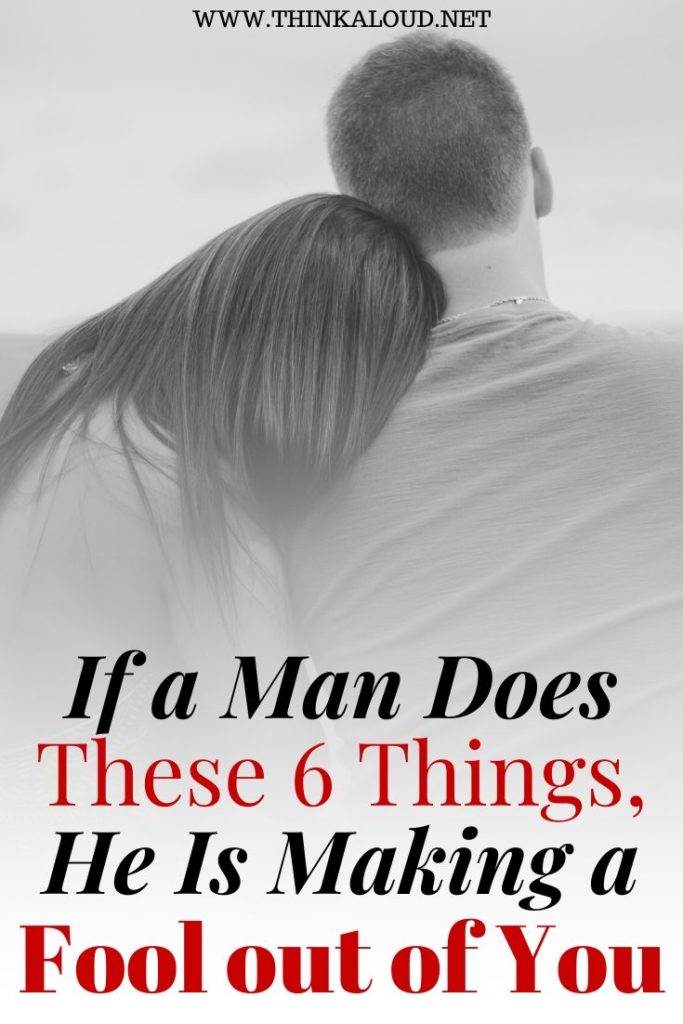