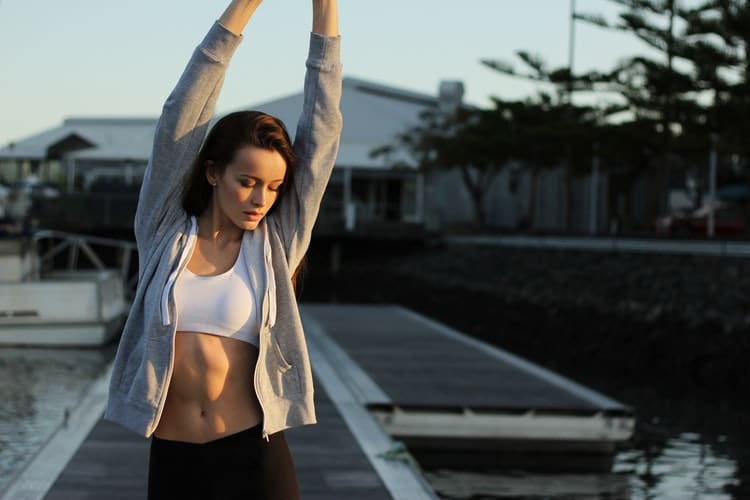 We all like to think of ourselves as strong, independent and brave women. But, somehow, we keep putting up with some things that are not in accordance with our theoretical strength. There are some behaviors no strong woman will ever tolerate and that is why they are sometimes perceived as self-centered and too harsh. Actually, these are the things they won’t ever put up with in a relationship because they have a high level of self-love and self-respect. Here are eight things that strong women won’t put up with in a relationship:

What every strong woman knows is that there doesn’t exist such things as excuses. If a man wants to spend time with you or just to hear your voice, he will put in an effort to do so. When you want something, you will find a way. And when you don’t want something, you will find an excuse. This is a notion every strong women is led by. This doesn’t mean they won’t understand you when you are busy or you have to cancel the plans you two had for a real reason. But, if a guy enters a constant stream of excuses, they sense it immediately and walk away before he knows it. It also doesn’t mean they don’t know how to accept a sincere apology—on the contrary, they will appreciate every guy that takes responsibility when needed and who is mature enough to say he is sorry. But if they sense that a man they are involved with is exaggerating with constant excuses and apologies, he is only pushing their patience too hard and they know it’s time to leave that man.

Yes, every woman loves to be loved. But, strong women appreciate respect over love. If you don’t have respect for females in general, you shouldn’t even think of dating a strong one. She will simply not put up with any form of disrespect. A strong woman knows her worth and that is the thing that makes her strong in the first place. Consequently, she demands respect from everyone around her, especially from her partner. It doesn’t mean she wants her partner to be threatened of her—it just means she wants appreciation, no matter the circumstances. If you even think of talking down to her or belittling her in any way, think again, because she will not tolerate it, no matter the love she might be feeling for you. A strong woman will never be in a relationship in which she is not treated the way she deserves.

One of the most important characteristics of every strong woman is her independency. That doesn’t mean she is not ready to compromise. On the contrary, she will gladly meet her partner halfway, but will never allow him to take over control of her life and her. She has her own life and interests and will make it clear for you from the start that she chose to let you be a part of it. The same way she chose for you to be in her life, she can choose to kick you out of it in the same manner. No matter how much a strong woman loves you, she will always show you that you or that love she feels for you don’t have the power of her. If you are looking for a woman who will nod her head to everything you say, look for someone else, because this type of woman will never allow you to control her in any way possible.

Although cheating is something no person should ever even thinking of forgiving, sadly, things are quite different on the field. But you can be sure that strong women don’t tolerate cheating. Period. They don’t put up with any form of it. And yes, flirting and texting other girls is a form of cheating. A strong woman is not insecure, she will not follow you around or keep track of every move you make. But the moment she catches you fooling around, and trust me, she will, sooner or later, you are out of her life. She will not give you another chance and will not think you’ll change. There is nothing you can say or do to justify yourself or to make her change her mind, because she won’t. Besides, she will never blame herself or think about the things she could do to prevent you from cheating. Instead, she will lose all respect for you and start seeing you as the douchebag you really are.

Lying is another thing strong women never tolerate. First of all, they are very intelligent and they consider it insulting to their intelligence if you even try to lie to them. The next thing you should know and is related to their intelligence is that you will get caught, sooner or later. They are honest and expect the same from you. Strong women want to be involved only with guys who they can trust and won’t ever settle for anything else. Besides, they prefer to tell and hear the truth, no matter how harsh and painful it can be, than to live in a lie.

If you are a toxic person who is looking for victims to emotionally manipulate them, stay away from strong women. They have their feet on the ground at all times and will never allow themselves to be subjects of your emotional manipulation. No matter how hard you try, you’ll never accomplish lowering a strong woman’s self-esteem, because she believes in herself, despite everything you say or do to her. They know their worth and refuse to have in their lives anyone who treats them badly. For a relationship with an emotional manipulator to work, the other person has to put herself down. But a strong woman will never do something like that. And as soon as she sees that you are trying to play mind tricks with her, she will not only walk away from you—she will defeat you in your own games.

When you are in a relationship with a strong woman, jealousy is simply not an option. She perceives it as a sign of insecurity and immaturity and those are not the qualities she wants from her partner. You are the one she picked to be with so she doesn’t see the reason behind your jealousy. If you are too jealous without a reason, she will only think that you have some serious confidence issues. She connects jealousy with control and will never allow you to tell her who she can or can’t hang out with, where she should go or what she should wear.

Being a second choice

If you want to be with a strong woman, she has to know she is your number one choice and priority. It doesn’t mean she will want you to spend less time with your friends and family, nor will she try to push you away from your interests and hobbies. But, when it comes to romantic relationships, she will never allow herself to be anyone’s second choice. She is willing to give you her time and attention and the least she expects is for you to match her effort. She will not spend her days waiting for you. If you neglect a strong woman in any way, don’t expect her to stay in your life.