We are all capable of manipulating each other for our own gain at times. However, a woman tends to be much cleverer about her manipulations than a man would be. They glean their knowledge from the people who betray them, who let them down and have manipulated them in the past, and they utilize it for their own gain. With so many backstabbers around, a woman has a wealth of knowledge to draw on. But women don’t necessarily use manipulation in bad ways – they use it to improve the quality of their lives and relationships. Here are some of the ways how women manipulate men.

How women manipulate men by contradicting themselves

We all know what it’s like to argue with a woman who says they’re fine, but really, they’re seething. Their actions often contradict what they say too. It keeps men on their toes, and it means they’re never quite sure what might happen next. They use this to their advantage. For example, when a woman is interested in a man, she has to first make sure she has him locked down. She may be promiscuous and flirty, but she will often hold back from sexual contact until she has a man where she wants him. The same wouldn’t apply for a one-night stand, but when it’s a long term relationship she’s seeking, the chances are she’s holding back on what the man craves until she can be sure he’ll stay. It’s a clever tactic, and it keeps the woman’s feelings safe for as long as possible.

As aforementioned, a woman gains knowledge from each experience she goes through. This means that once someone has manipulated them, a woman will gain all their skills of deception. For example, if a man used them for sex, they will often enact revenge in some way by leading a man in and then pushing them away. This type of manipulation is a way for a woman to salvage her dignity. She will feel like if she’s been played, playing someone else will help her feel better. It’s an eye for an eye, and whether it works is unknown. It probably depends on the situation. Either way, the woman feels safer in her emotional wellbeing once someone has suffered what they went through. Watch out, world. A broken-hearted woman is going to take everyone down with her.

How women manipulate men to see from their viewpoint

Men are notorious for being bad at listening, and they’re even worse at being emotionally available. Fortunately, women have this sussed out. They know exactly how to get a man to figure his own mind out, despite their lack of emotional intelligence. When a man and a woman argue, a woman will often neglect to tell their partner what they’ve done wrong. This is a way of making the man figure it out for himself. He shouldn’t need to be spoon-fed the information, and a manipulative woman knows they can figure it out if they think hard enough. They also know that just telling them an answer causes it to go in one ear and out the other, due to the fact that men don’t listen.

So as it turns out, women aren’t doing these things to be cruel. The ways how women manipulate men are complex, but often with better intentions than are first perceived. Sometimes, it’s just a way to improve how they’re treated. In other ways, it’s to protect themselves. However they utilize these skills, it often works out to their benefit, but men can learn from their ways too. 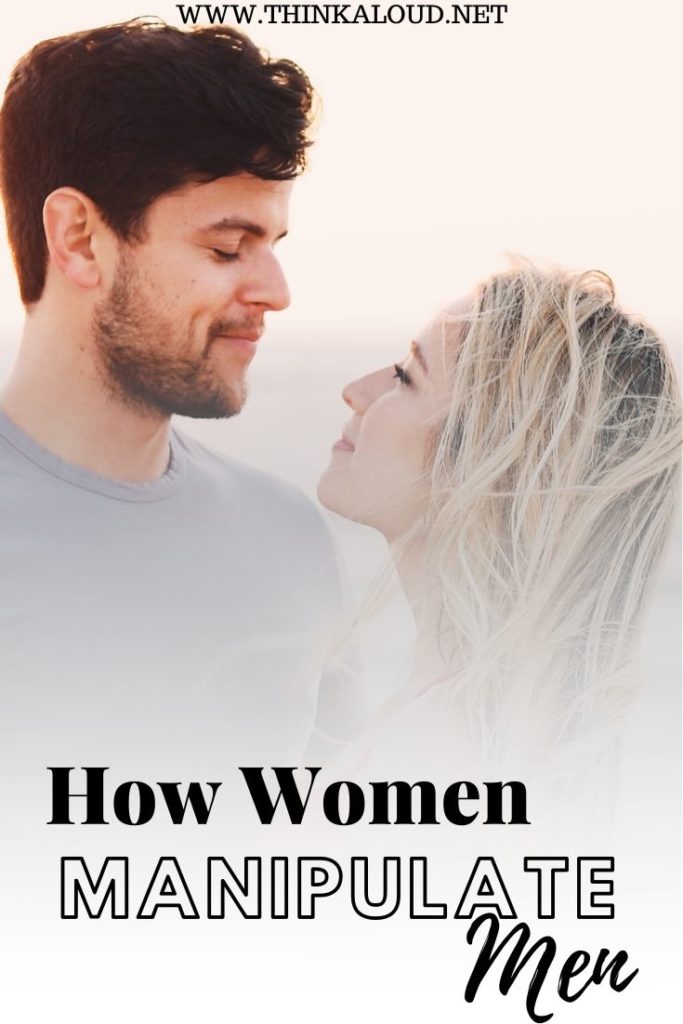