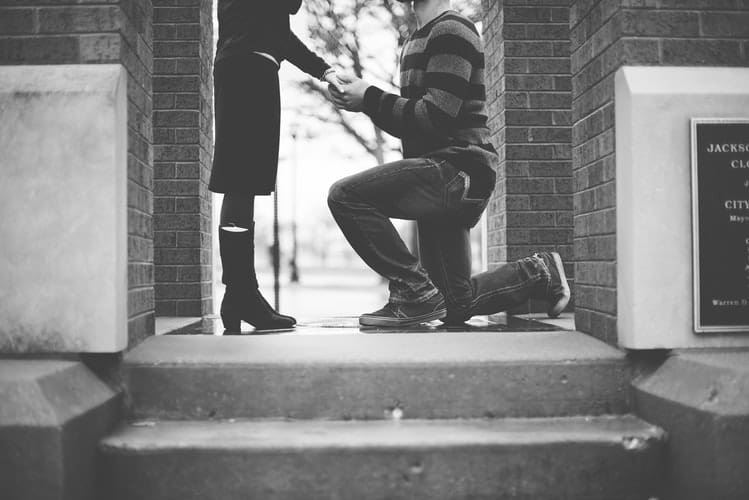 Most women dream about their wedding day, but also fantasize about the day they will be proposed to. When you are in a long-term, committed relationship, a question of marriage is constantly present in your mind. You two have probably already discussed marriage, and you feel that you have a healthy and stable relationship. You know that your boyfriend wants to marry you in the future and there has come a time when there is nothing stopping you two from taking things to the next level. If you think he wants to propose, pay attention, because there are some signs that can tell he is ready to pop the question.

He is being more romantic

Your boyfriend has never been much of a romantic type. But lately he is constantly showing his romantic side you have never seen before. He is always telling you how much he loves you and how he couldn’t imagine his life without you. Besides, he is giving you much more attention than usual. He is planning romantic getaways and surprise dates and that doesn’t look like him.

He shows more interest in your friends and family

You two are in a long-term relationship, and he always had a friendly relationship full of respect with people close to you. But now he is spending more and more time with them, even without you. That is because he wants to become more close to them. He is planning your life together and knows that your families will become one, and he is already starting that transition. Your boyfriend knows that your family will now be a part of his life as well and wants to make sure that everyone gets used to that idea on time.

Another option is that your friends and family will be informed about his plans to propose before you, so they are giving them information about your ring and engagement preferences and they are helping him plan the surprise.

He has been spending less money

If your boyfriend is working overtime more often than usual and has been acting more financially conservative than usual, it doesn’t have to mean he suddenly became cheap. Engagement parties, rings, weddings and honeymoons cost a lot of money. And if your boyfriend is planning on proposing you anytime soon, he will have to save some money for a while, just to afford a decent ring, let alone the rest. So, if you see that he has been acting frugal, give him a break, because he may be saving money for you.

He is acting mysteriously

No matter how long have you two been together and how serious of a relationship you have, every guy will be nervous when he is planning to pop the question. And you know him very well, so you notice this change in his behavior. Lately, he has started acting secretive and shady and behaves like he is trying to hide something from you. He’s been having mysterious phone calls and is hiding his phone and computer from you and he never did that. The first thing that comes in your mind is that he may be having an affair. But, before you accuse him of anything, give him the benefit of the doubt. He is probably hiding his phone and computer because he doesn’t want you to see that he has been looking for engagement rings and has been acting mysteriously because he wants to surprise you.

He talks about the future

One of the biggest signs that your boyfriend is about to ask you to marry him is the fact that he involves you in all of his future plans. You are not only talking about taking trips together, now you have started talking about living arrangements, about having kids and starting a family. If your boyfriend is throwing hints that you two should move in together or buy a property together, it is likely he will propose sometime soon. He also wants to know what your thoughts about having and raising kids are. If your boyfriend does this, he is definitely considering your life together and he is probably planning on popping the question. He just wants to make sure that you have the same important views on life before he proposes you. 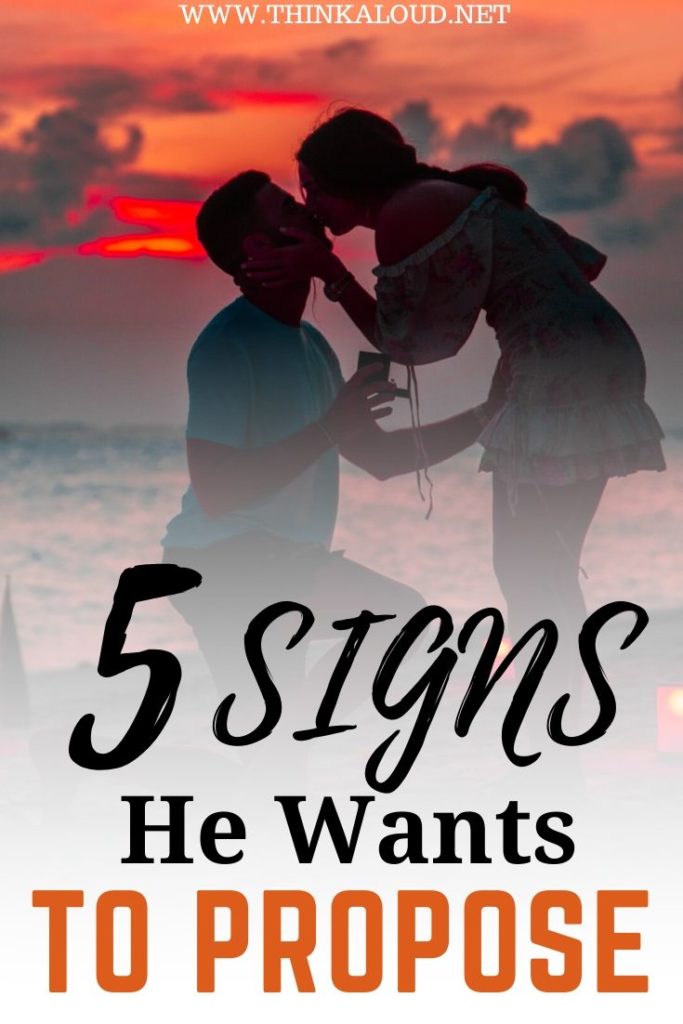