Taurus men are undeniably attractive. That’s a fact. Taurus’ are ambitious and sensual, so they make both reliable and exciting lovers. If you’ve got your eye on a Taurus man, no one could blame you! But knowing how to attract a Taurus man is no easy feat. You need a strong character, an exciting personality, and the guts to dive in headfirst. Here are some of the main things you need to look out for when attracting a Taurus man.

Question if your star signs are compatible

If you know anything about the zodiac, you’ll know that finding a match made in heaven can be determined by compatibility of your star signs. If you have an interest in a Taurus man, the first thing you should check is whether you’re a good match. In general, Cancer, Virgo, Pisces and Capricorn are considered to be compatible with Taurus men.

The zodiac sign that doesn’t tend to gel well with a Taurus male is Scorpio. While a Taurus is full of love and will make a woman happy to date him, a Scorpio tends to be just a little more withdrawn. If you are a Scorpio trying to attract a Taurus man, consider that when you date, he may be a little too clingy, and over time, you may find it difficult to cope with that. However, astrology can only guide you and tell you the signs of the zodiac and their properties. It’s up to you to make your own dating decisions, and if you’re sure you would work out well together, ignore the signs and follow your heart.

Think what a Taurus man looks for in a relationship

Taurus men have their priorities, just like anyone, and before you date on, you need to know what they’re in to. They often aim to attract a love interest rather than chase one down. This isn’t because they don’t make time to date. They just have a shyness about them, and they put off making the first move for as long as possible.

In terms of long romances, they tend to move slowly to avoid messing up the relationship by rushing. They don’t like to waste their time, and they just don’t want to commit before they know it’s right. As long as you mesh well, you’ll be dating eventually.

He’s a loyal gentleman, and he expects the same from his partner. Either you’re all in, or you’re out! Any woman who isn’t sure that dating a Taurus man is right for them should step back and go elsewhere.

Despite his often clingy nature, according to astrology, a Taurus male is also very laid back, so if you feel you’re high maintenance, they will probably be able to calm you down, which can only be a good thing, really! In terms of committing to them, don’t do it until you’re sure. A Taurus male dates for love, and he expects to take up a lot of your time. It’s also a sign that he doesn’t take rejection well. You have to be sure or you’ll end up breaking some hearts and opening wounds that take a long time to heal.

Taurus men also appreciate class – they’re not looking for someone who wants to dress in joggers 24/7 and order a pizza in. They want a girl who they can take out in a fancy car, and a woman who connects with her feminine side. That’s not to say there’s anything wrong with a night in occasionally, but he appreciates grandeur in his life. Despite this, he isn’t much of a clubber, and he prefers to end the night after a nice meal and a glass of wine, so if you like to party, a Taurus man probably isn’t for you.

Everyone has flaws, but before you go into a relationship, you have to know that the flaws someone has are manageable. That means if you want a man who will call you first, for example, a Taurus man might not be for you. Taurus men tend to wait for you to chase them up, mostly because they’re shy and they wait for a confident woman to make the first move. This could be seen as a flaw if you like your men to be forward, but if it’s something you think you can handle, the pair of you will get along just fine.

Taurus men can often come across as quite intense. It can be a good thing, but they tend to be very honest and blunt, which can put some women off. They also like things to be a certain way, and they don’t appreciate a deviation from the norm. Despite their honest nature, they don’t tend to communicate it well, so if you want a romantic who is going to shower you with love and praise, a Taurus man might not be the right choice. He appreciates you quietly, but he never makes a song and dance about his feelings.

Now you know how to attract a Taurus man, dive in!

Don’t be afraid to be forward. Remember, when a Taurus man is attracted to you, they often withdraw. Don’t take this as a sign to back off! Make the first move and see where it takes you. In terms of dating, a Taurus man is very rewarding if you take the time to get to know him, and you don’t mind a lot of attention from him. You’ve got nothing to lose, and a lot to gain if you utilize how to attract a Taurus man! 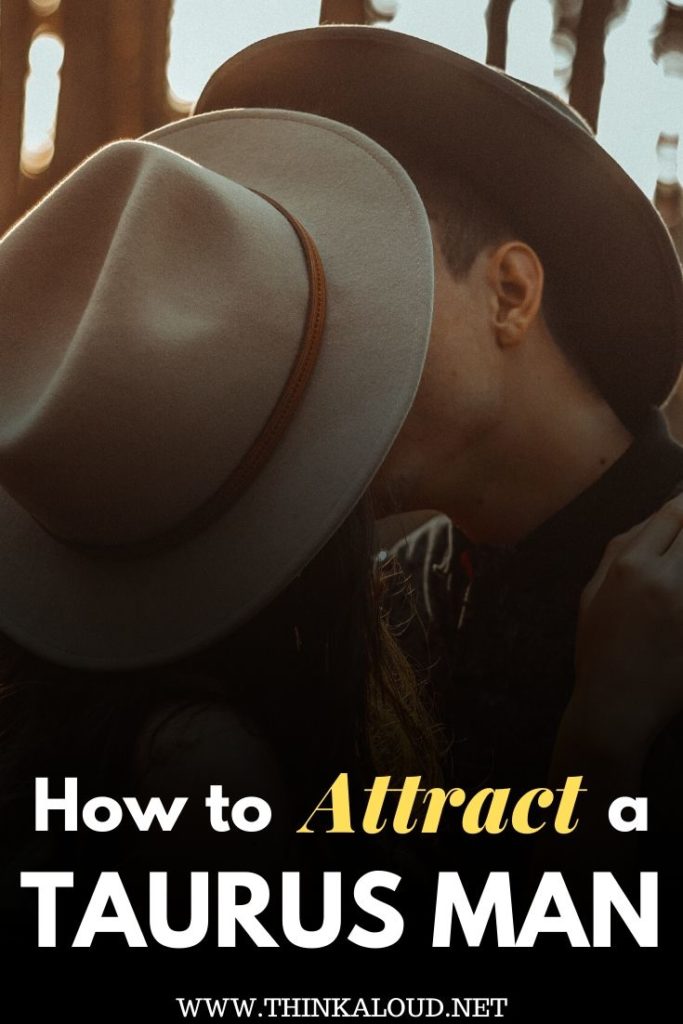