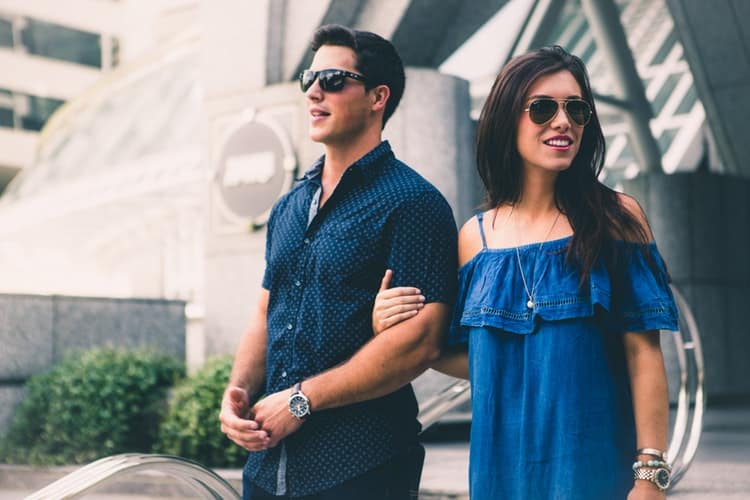 Being in love is one of the best feelings there is. A relationship can make you feel like the happiest person alive. But it can also make you feel sad, unwanted, and miserable. If your feel unloved or not loved enough, maybe it’s time to pick up the signals and admit the harsh truth to yourself. Maybe your boyfriend really doesn’t have feelings for you or doesn’t love you back as much as you love him. Maybe you are just convenient for him. Of course, love can is hard to define. Different people show their emotions in different ways, and you can’t expect that he shows his love towards you in an identical manner you are showing it to him.

But if your gut feeling and intuition are telling you that he doesn’t truly love you and doesn’t perceive your relationship seriously, maybe you are not as wrong as you keep telling yourself. Here are ten signs he is not in love with you—you are just convenient.

He doesn’t involve you in his future.

When your boyfriend is making plans about the future, it’s like he never sees the two of you in it together. Actually, he doesn’t see you in his future at all. When he makes short or long term plans, he never consults you, there is no “we” in his vocabulary. You could be together for years, but he never talks about taking things a step forward. When you try talking about the future, you feel like you are pushing him. He may have feelings for you, but if he doesn’t plan a future with you, it’s a strong indicator that he doesn’t consider you the one and that you are not his soulmate.

He didn’t introduce you to his friends or family.

You have been together for a while, but he never mentioned anything about meeting his friends, let alone his family. When you suggest meeting him with your closest ones, he always has an excuse and avoids it successfully. You start to think whether those people around him are even aware of your existence.

He wouldn’t chase you.

If you tried to leave him, he wouldn’t chase you, and you are aware of that. You know you would be devastated if you lost him. But it seems that he wouldn’t feel much of a difference if you left him. You know very well that he won’t suffer because of you and that this breakup will be much more emotionally damaging for you than for him. You feel unimportant, unloved, unwanted because of that. This is a clear sign he is not in love with you and that he is with you just because you are convenient.

It’s like he doesn’t enjoy spending time with you.

When someone is in love with you, that person will want to see you, and it will be important for them to spend time with you. But it seems that you are always the one proposing activities and dates. He just appears uninterested. Besides, he values his time more than yours. You are always there for him and you will leave anything or anyone if he calls you or needs you. But he never cancelled his plans because you needed him.

On the other hand, he often cancelled the plans he made with you when some of his friends call him. When you confront him about this, he has numerous excuses that he is just too busy, and it’s like he doesn’t see where the problem is. This makes you feel unwanted, unloved, and like a burden for him. This is the last thing you should be feeling in a healthy relationship.

He doesn’t want to argue.

In the beginning, you may think this is a great thing. But as time passes by, you see that he is simply not interested in working on your relationship and doesn’t have the desire to resolve the problems you two have. Every time you try to face him about something that is bothering you, he just walks away from an argument. You feel like you are arguing with yourself because he is never bothered by anything that happens.

Everything seems more important for him than you and you always feel like you are just an option for him. He has time for his job, family, friends, and everyone besides you. You feel like you are the only one who is calling to meet and as if you are forcing him to be with you.

He doesn’t feel the need to share anything with you.

No matter how much you try, this guy refuses to open up to you. Despite all of your efforts, the communication between the two of you seems shallow. He doesn’t share personal and intimate details from his life with you. He never talks about his emotions or fears, and it’s like he never really opened up to you.

He calls you only at night.

If the man you are dating calls to see you only at late hours, he may be with you just for sex. Of course, sex is an important part of every relationship, but the man you are in a relationship with should also take you out to public places during the day. Relationships cannot be based purely on sex, no matter how good it is.

He is not interested in getting to know you.

When a man is in love with you, he will feel the need to get to know your personality. He will want to know who you really are, your ambitions, fears, desires. But if a guy only finds you convenient, he will not be interested in getting to know you.

He doesn’t respect you.

He doesn’t insult you or is seeing other girls (as far as you know), but you just feel disrespected. He doesn’t respect your time, your friends, or your emotions. If a guy doesn’t respect you, you shouldn’t think he may be able to love you. You don’t deserve this kind of treatment, and he is just not worth it.