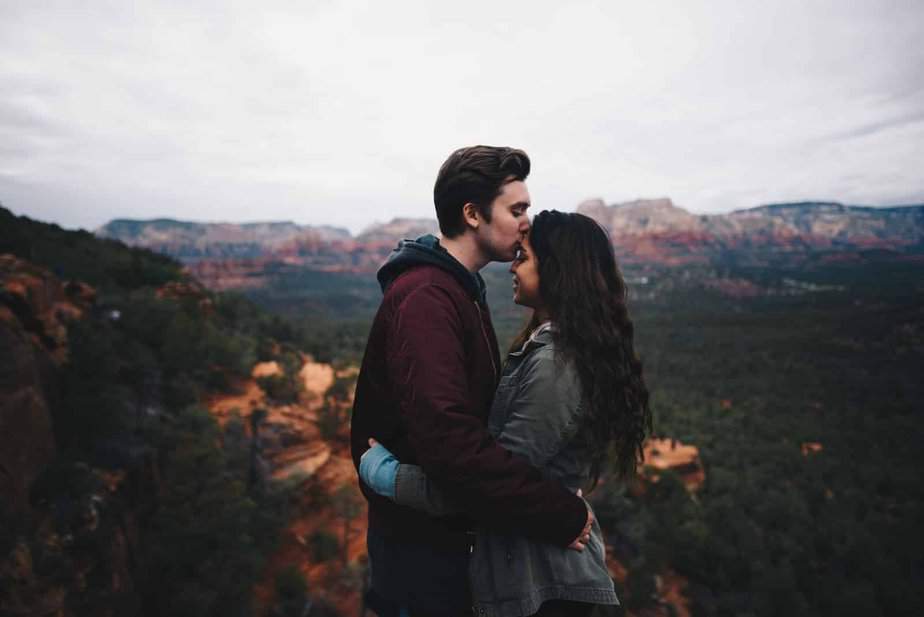 Every girl is hoping that she will fall in love with a real man, with a man who knows what he wants. But very often, girls fall in love with boys, and they say a lot of things, and every single one loves to believe they are all true. Boys are not yet totally adult, they still don’t know what they want from life, and they especially don’t know what they want from love and us. To be honest, not every single boy is the same. A lot of them have good intentions. One really important thing is commitment. Actually, it is not necessarily a sign of a boy and real man, but one of a guy who is really grown up.

Every boy promises many, many things. But they don’t actually keep their promises.

They say that they will take us out and instead go home and fall asleep. They say that they will find a job so they can save money for some things, and they don’t actually. I don’t want to sound mean—there are tons of couples who grow up together. Boys also can love. But if you are looking for someone who is ready to commit, you are more likely to get that with a man who has done the work.

Nothing is wrong with boys, they are fun and attractive, but there is still a lot of growing up to do. Every girl needs a man who is on the same level as she is. You will see everything, it doesn’t take them too long to disappoint you. You will see that they are probably not ready for a relationship. The best option is to give him the time to grow up and find himself.

There are many differences between a boy and a real man, especially in their promises.

A real man knows what he wants, and when he has found a special person, he is ready to commit himself. All yours, become his, your happiness is his happiness. A real man stays loyal, stays there with you, because he knows what is true love. When he says to you that he loves you, you can see in his eyes that it is true.

When it is about a real man, he is completely honest and open to you. There is no need for pretending. He will keep his promises no matter what, because he will give you a promise when he is sure that he is able to keep that promise. Honesty is really important, because when a guy is honest with you, you already know that he will keep his promises. He trusts you, he believes in you, and he respects your desire for more him.

If you find a man who can be honest with you, never dismiss it, because he is making you his big deal.

A real man is secure in his own self. Because of that you are able to feel a sense of stability in the relationship. So you can be sure that this man will keep his promises.

When a man doesn’t want you to change for him, you can be sure that he is not a boy, that he is already grown. A real man will give his best to make your relationship work, he has motivation, he knows what is love. So, this kind of man will keep his promises. You are sure about him, and he is sure about you. A real man lets you know that you can rely on him.

He is giving his best, he will not make promises that he know he can’t keep.

A man who knows what he wants, who is sure about you, who is ready to fight for a future with you, is a man who will keep his promises. A relationship that is making you a better person with a man who makes you a better version of yourself is a real man. 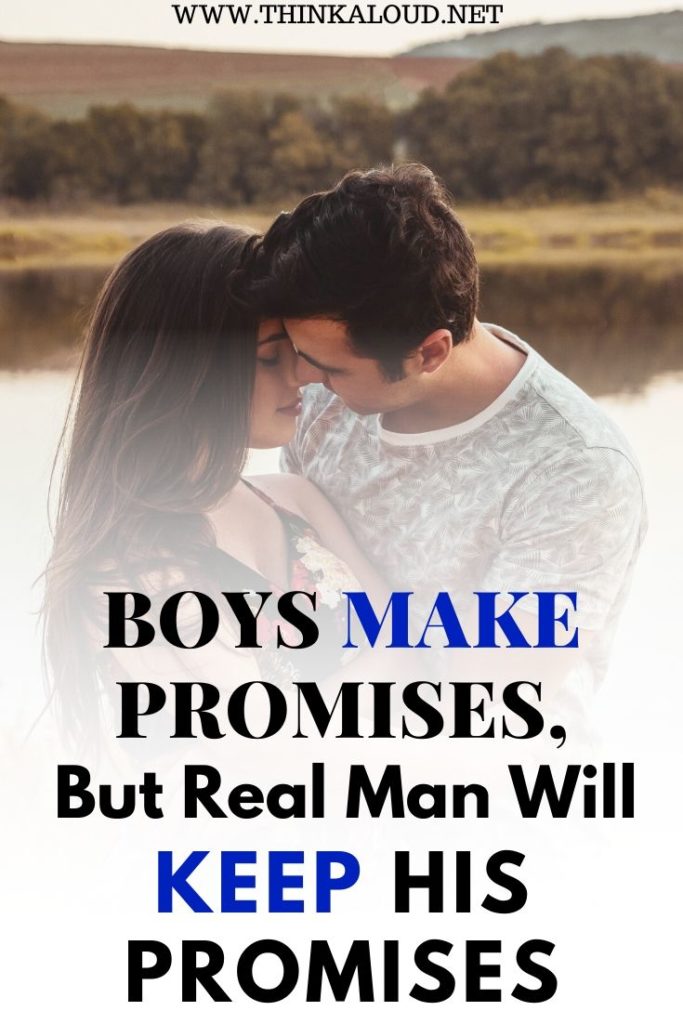