Do you think he has a secret crush on you? Here are the signs that will prove it:

1. He always has a smile on his face when he’s around you

This guy even smiles whenever he hears someone say your name. Maybe he’s shy so his cheeks will turn red when he smiles.

When you’re the reason for a man’s smile, you can be sure that that man has a secret crush on you.

2. He gets clumsy when he’s with you

Maybe he tries to show off when you’re there, but he ends up hurting himself or falls.

He is actually nervous when he’s with you because he likes you a lot, and it makes him clumsy.

Don’t laugh at him, however, because it will really hurt his ego.

3. He likes talking about a future that includes you

Perhaps he will talk to you about going on a vacation together, or even discuss how living together would work.

When a man makes plans for the future with you, you can be sure that he likes you.

This man is a keeper because he wants to make sure that you’ll be a part of his future.

4. He always acts nice when he’s with you

If he acts nice, it’s important to him that you see him in the best possible light and he wants to impress you.

He tries to make you happy and gives you a lot of compliments, and those are some of the signs he secretly has a crush on you.

Be nice to him, and he might finally admit how he feels about you.

5. He uses every chance to touch you

When a guy accidentally touches you, it’s not really accidental. He wants to be close to you and show you affection.

Those innocent touches are signs he secretly has a crush on you.

6. He tries to impress you

A man who’s into you will show off when he knows that you’re watching because he wants to impress you.

You might even see him acting like a true gentleman. He will be dressed up, he’ll always pick up the check, and he’ll offer to walk you home.

7. He always wants to have a conversation with you

When a man finds excuses to talk to you, you can be sure that he’s interested.

He will call you for some silly reason and always try to prolong the conversation.

You will notice that he always asks you a lot of questions because he wants to keep talking to you.

If you catch him staring at you, you should know that it’s a sign he’s into you.

He will probably look away when he sees that you’ve noticed him staring, or he’ll just smile. This is the cutest sign that he likes you.

9. He is attracted to you

If he thinks that you’re attractive, he will tease you and compliment you. He’ll try to have inside jokes with you as well.

All this means that he is attracted to you, and you are his secret crush.

10. He acts differently with you in comparison to how he acts around others

This guy probably wants to make it clear to you how special you are to him. That is why he acts completely different with you.

Giving you his full attention even when he’s with his friends is a sign he likes you.

11. He shows signs of jealousy

When he sees you talking to some other guy, you notice that it upsets him. He is jealous because he wants you all to himself.

Try talking to some handsome man when you know that he’s watching to check if he shows any signs of jealousy.

12. He likes and comments on everything you post on social media

You get a like from him on every post you make, and it shows that he’s into you.

He will even comment that you look beautiful when you post a picture of yourself all dressed up.

Like some of his pictures to let him know that you feel the same way about him.

13. His friends already know all about you

This means that he has been talking to his friends about you and it’s a huge sign he’s interested in you.

His friends probably already know how much he likes you, so they might give you a hint about it.

You are special to him, and he wants everyone to know about it.

14. He would like to spend a lot of time with you

If he enjoys your company, he will want to spend a lot of time with you.

He will initiate things and ask you to spend time with him alone instead of in the company of others.

This is a huge sign that he’s about to suggest that you become his girlfriend.

You never have to text him and wait for his response because he texts you first instead.

This shows that he wants to be more than friends. He is interested in you and wants to know all about your life.

Guys are usually too proud to text first, but when they are crazy about a girl, they put aside their pride.

16. He always makes time for you and is there when you need him

A person who wants to spend time with you will make the time. If this guy is into you, he will always have time for you and be there when you need him.

He’ll also offer his help whenever he notices that you could use a helping hand.

17. He is generous with you

When a man likes a girl a lot, he becomes very generous with her.

This means that he will always buy the drinks when you’re in a bar, but that’s not all.

He will want to buy you anything because he wants to make you like him as much as he likes you.

Don’t take advantage of his generosity, but enjoy the fact that he is crazy about you. 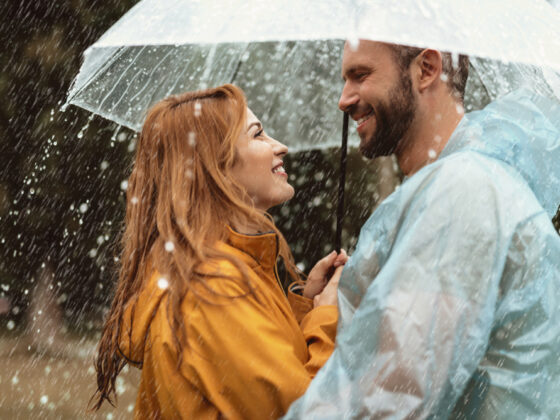 If Two People Are Meant To Be Together, They’ll Find Their Way Back 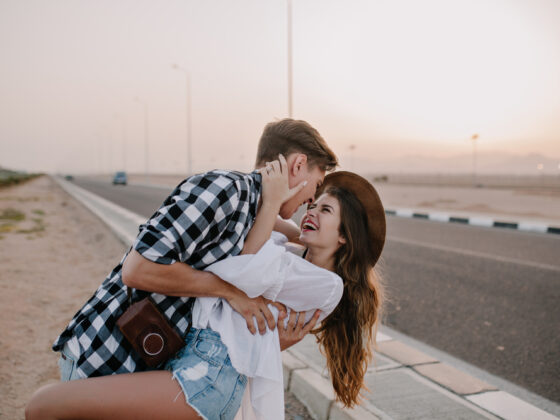 When He Calls You Baby: 12 Undeniable Reasons Why He’s Doing It