A strong woman is someone who won’t wait for a man to save her like she’s a damsel in distress.

A strong woman will take care of herself on her own so if she lets a man become a part of her life, know that he’s more than just special to her.

Loving a strong and independent woman can be tough if the man is nothing more than an insecure misogynist, but believe me when I tell you that strong women have THE most fulfilling relationships.

They do things differently, unconventionally, and they are not afraid of change.

They have the most satisfying relationships out there, so let’s learn something from them.

1. She’s not afraid to be single

You might be wondering how this fact is beneficial to a relationship?

Well, if a woman doesn’t need a man, but she wants him in her life, there is a massive difference in that.

If a woman is not afraid to be single, she won’t settle for something less than she deserves and that in itself is a great first step toward having a fulfilling relationship.

Even if she’s already in one, she won’t bend over backward to please his every need. No.

2. She has a life outside of the relationship

If partners find themselves in a relationship where they don’t have anything else but each other, it becomes toxic very fast.

Imagine having to fulfill every single one of your partner’s needs.

You would feel needed, but at the same time, you and your partner need a life beyond your relationship.

Whether it is her career or friends, a strong woman knows that she has to build herself up in all aspects of her life.

3. She’s straightforward with you

A strong woman might even be the first one to approach a man that she likes.

She makes the first move and doesn’t play games. Playing games, especially in an established relationship, is a huge red flag and she knows that.

Don’t ever believe that she will keep quiet if she has an issue with her partner.

Strong women put a lot of emphasis on communication and she never shies away from arguments, because she believes that there is no better problem-solver than an honest conversation.

4. She’s not afraid to be vulnerable

We’re all afraid to be vulnerable at times. To put ourself out there is quite scary.

A strong woman knows that if she shows him her truest self, the relationship will be much better.

It is encouraging for her partner to know that he has that safe space where he can talk to her without an issue.

If he ends up hurting her feelings, she will cry and she will be devastated, because being a strong woman doesn’t mean that you are an emotionless robot.

But she will know that that’s on him.

He hurt her while she was the one pouring her heart out, which is why she won’t doubt herself one bit.

In a relationship, all of us prioritize our partner’s well-being. We always think about their wants and needs.

A strong woman wants her partner to be happy, of course, but she will always prioritize self-care.

Alone time is a crucial part of the day for so many people and that includes her, so she will always make time for herself.

Without a doubt. She will journal, have a spa day, go shopping, painting, and so on.

Whatever it is that helps her relieve stress, she indulges in it.

A strong woman doesn’t have an issue with saying the word, “No.”

She might have struggled with expressing her boundaries, wants or needs in previous relationships and she has learned that it only leads to a life of misery.

Boundaries are an extremely important part of every relationship, as they show our partner where our limits are and where we draw the line.

A strong woman will never cross his boundaries, but she also won’t tolerate anything that makes her feel anything less than respected.

7. She won’t compete with other women

Either you want me or you don’t, there is no in-between. A man loves to see women compete for a place next to him, but a strong woman knows better.

There is no way in hell a man can make her feel so insecure or jealous that she starts to compete with other women.

She is there to empower other women, not go head to head with them.

A strong woman knows her worth and if you can’t choose between her and someone else, she’ll just give you an easy way out by making the decision for you.

8. She and her partner are equals

A strong woman looks at her boyfriend and sees a partner more than a gender role.

She wants to help him provide for their family, but she will ask him to help around the house.

She will work her ass off to make sure that everyone is happy, but she will expect the same thing from her partner.

Never believe that a strong woman will make a man pay for every single dinner and buy her expensive gifts, without doing the same thing for him in return.

A strong woman would never just keep on taking without giving the equivalent of that back.

9. She is his biggest support system

Looking for your personal cheerleader? Find yourself a strong woman.

She knows how hard it is to get through life without a proper support system so she makes sure that her partner has that in her.

She will be there when he needs her the most and she will support his decisions all the time.

Of course, he will have to put the same amount of enthusiasm about her dreams and aspirations into the relationship, but it’s not even hard to do when he sees how much she’s there for him.

There is no need to wonder if she’s cheating, because she’s isn’t.

No strong woman would ever stoop that low to cheat on her partner, no matter how unhappy she might be.

She knows that she’s so much better than that, so why waste time on hurting someone when you can be honest from the beginning until the end.

Her loyalty will be shown through everything she does and her partner will never find himself second-guessing her.

11. She will NEVER settle for less

Why settle for less than you deserve when you are worthy of so much more? Look at every strong woman who is single.

What do you see?

There are so many men trying to make a move on them, but they ignore them all because they are waiting for someone who will treat them the way they deserve.

Every woman deserves to be treated with respect and love, so why settle for less than that?

If there is something her partner finds to be very hurtful or disrespectful in her behavior toward him, she will never put the blame on him.

She knows that gaslighting and manipulation in general are the worst things to do in a relationship and she stays away from them.

So what does a strong woman do when she’s being called out on her nonsense?

She acknowledges it and tries to work on herself for the sake of the relationship.

Strong women aren’t scary or intimidating, they are just not for insecure or disrespectful men to love, because they know that they are better than that.

Try your best to work on yourself to become a strong woman, because they have the most fulfilling relationships. 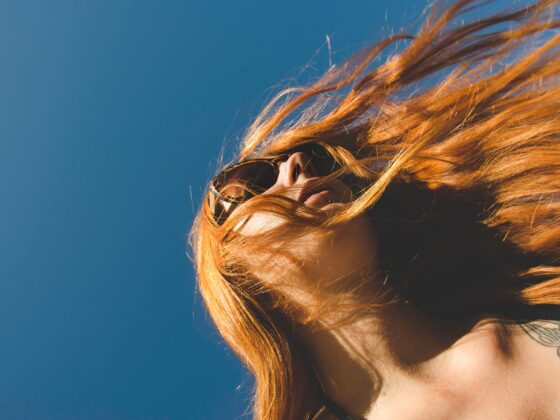 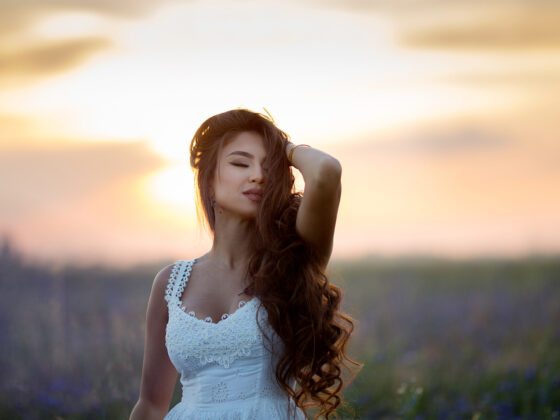 Once You Ignore Her, She Will Learn To Live Without You